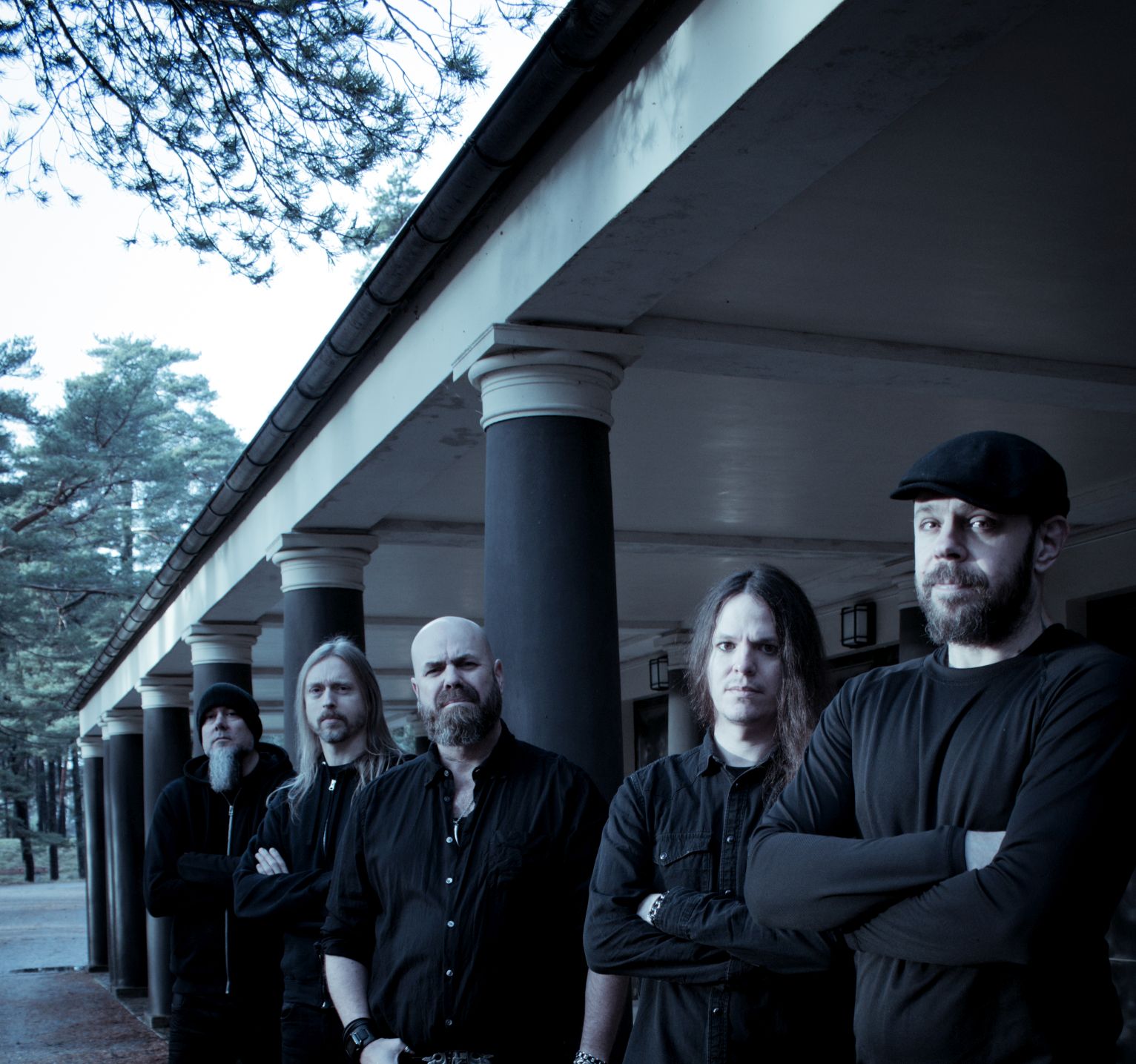 Although founded in 1988 it wasn’t until 2015 with ‘In The Shadow Of The Inverted Cross’ that Sorcerer started to make albums. In the meantime album number three will see the light of day so it is high time for HeadBangers LifeStyle’s Ron Willemsen to contact singer Anders Engberg for an update. 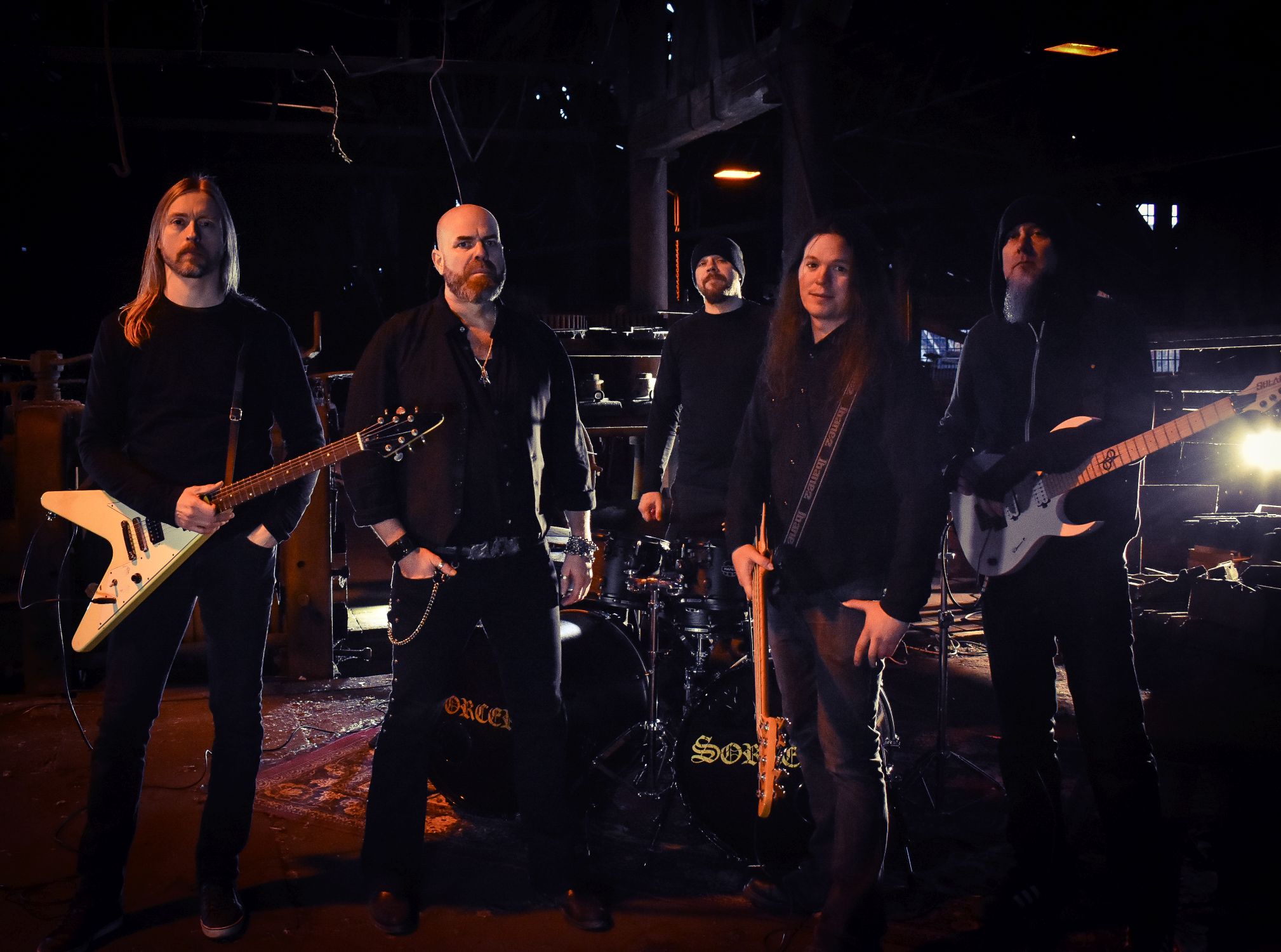 ‘Lamenting Of The Innocent’ is Sorcerer’s 3rd album in 5 years time. That’s a pretty high productivity. Are you making up for lost time?
,,Yeah, ha ha you would think so but we felt that the time was right for a new one, ‘The Crowning Of The Fire King’ was released late 2017 so with a new one coming out in May 2020 is about time.’’


With every album released since 2015 the critiques became more positive. Is the sky the limit for Sorcerer?
,,Well, we are so humbled by the great reviews and feedback we got from the earlier albums and of course we always aim higher. This time we wanted a more diverse album.’’

If you had to describe the sound of Sorcerer in one sentence, what would that be?
,,Royal Epic Doom, Heavy metal with great musicians and melodies, music inspired by Black Sabbath, Rainbow and with some contemporary bits and bobs.’’

Together with drummer Richard Evensand you are now the longest serving member of the band. Does that mean that you are responsible for guarding the Sorcerer sound?
,,Johnny Hagel is still in the band but more like a silent partner. He writes music and helps out with band related stuff. He decided to step down from the stage and take this new role. When it comes to me, I am a part of the sound so of course I am important to the overall delivery. But we are a tight group of people in this formation.’’ 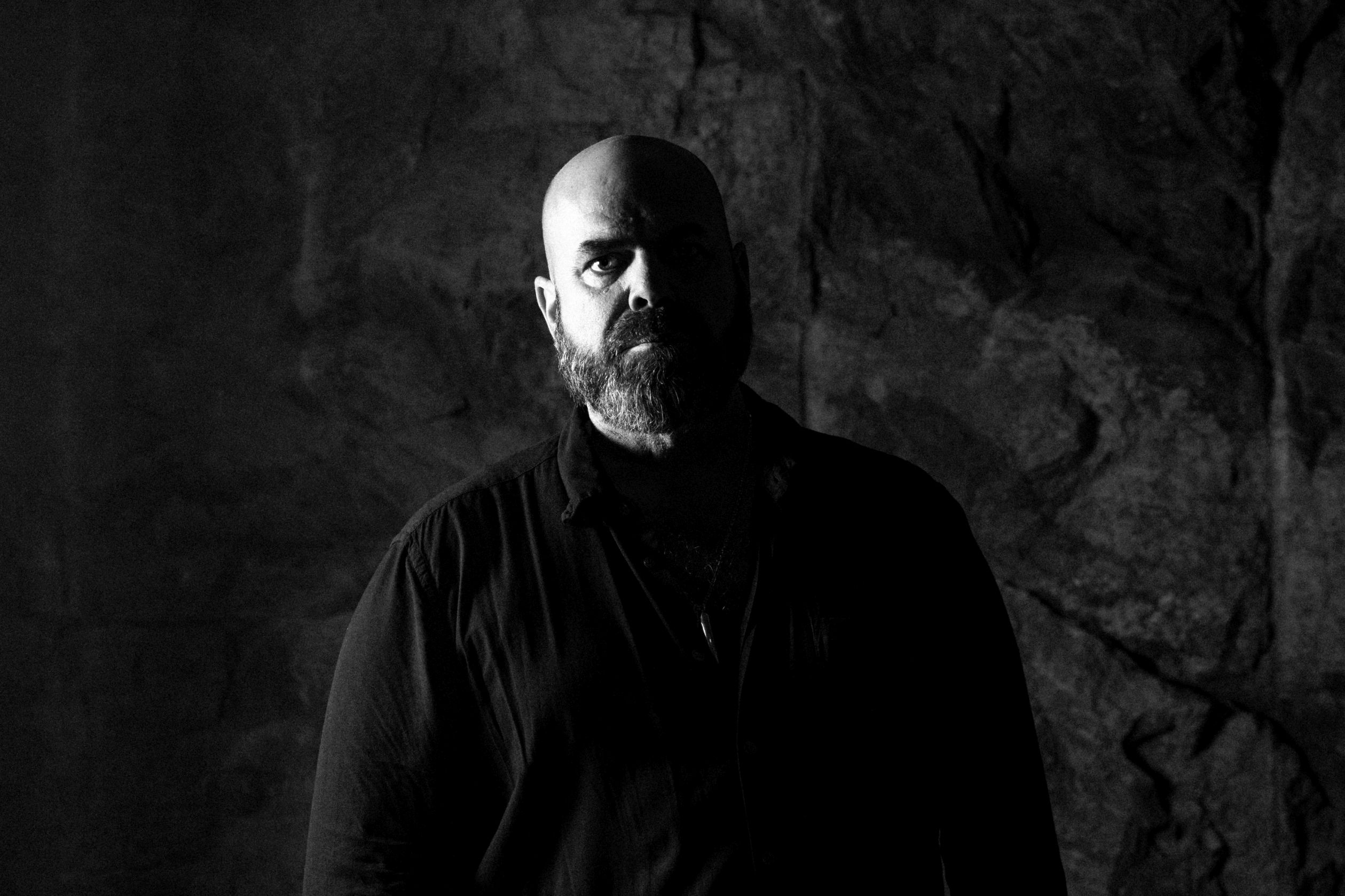 With every album the music of Sorcerer has become more melodic. More accessible. Is that a natural evolution or are you striving for that?
,,We always wanted to write big and bombastic music; melodies are a very important part of that. We don’t sit down and plan to write more melodic stuff it just comes out this way. The new members are taking their own space more and more and contribute with their interpretation of what Sorcerer should sound like. ‘Lamenting Of The Innocent’ is the result of this.’’

Is there something like a plan when you start working on a new album?
,,Yes! to have great riffs and songs, ha ha! No, we just write and work on songs that we feel could fit the album and in the end we might have like 14 songs demoed from which we choose from, it’s a democratic process.’’

What can you tell me about the writing process? How do Sorcerer songs come about?
,,We have like 4 people in the band writing music (including Johnny Hagel) so it starts with demoes of song from these guys. When they feel they have something worth listening to they put it up on dropbox for me and our co-producer; Conny Welén to finish up with melodies sometimes we re-arrange the song and put the verse where the chorus was and such. When melodies are done, we send them up again so the others can say yes or no to the ideas. When all is set, we make the final touches and write lyrics.’’ 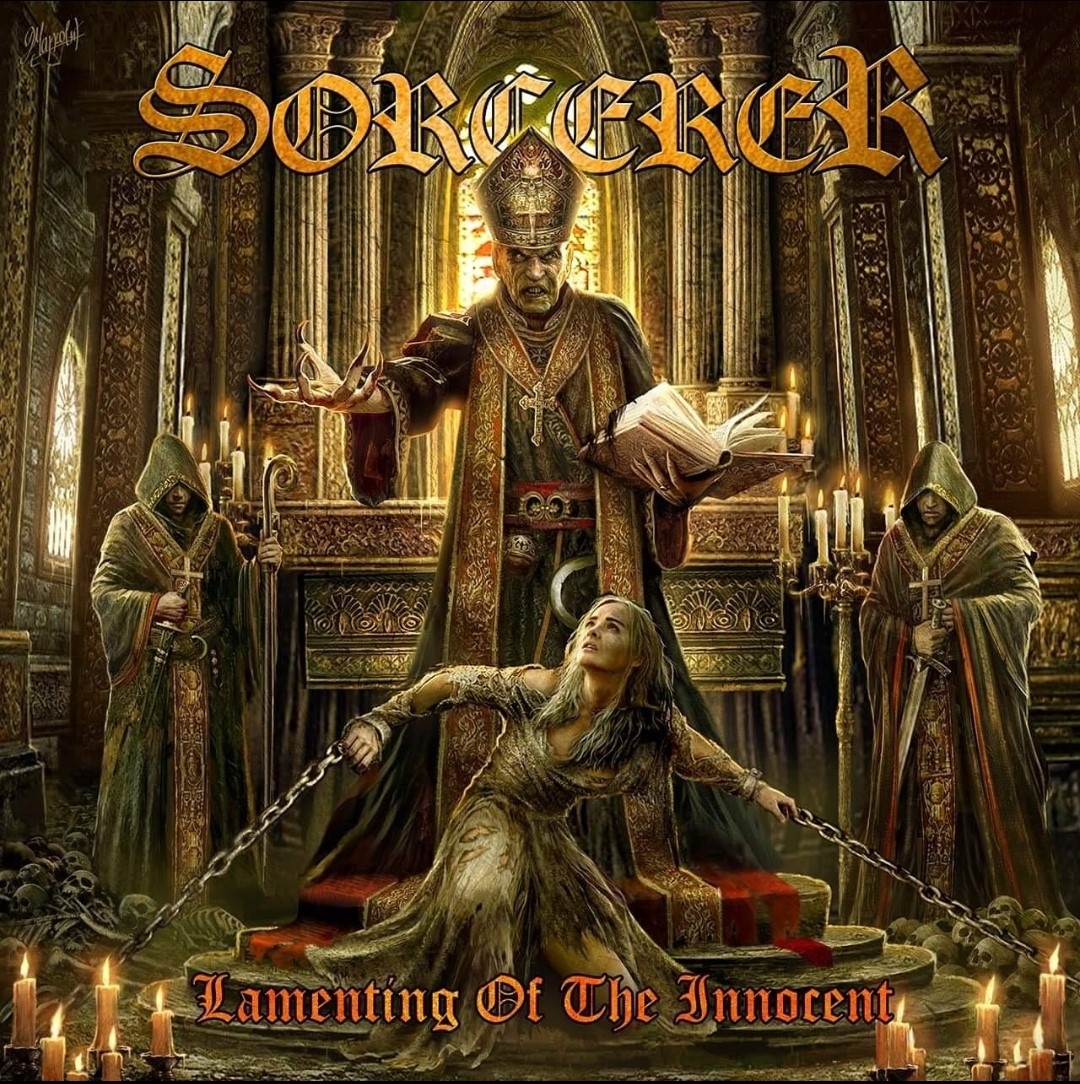 How about extra pressure when the bar is raised with every album you make?
,,We felt it on this very important third album, but after we had written the song ,,Lamenting Of The Innocent’’, that big chorus, we just knew that this album would kick ass.’’

What do you consider Sorcerer’s biggest achievement so far?
,,To be able to keep the standard so high in all aspects, musicianship, song writing and sound. I mean; three really good albums with their different approaches. I am very proud of them all.’’

In an interview published a while ago it said that after the release of the new album there would be intensive touring. Suddenly the world changed. How are you coping with that?
,,Like everyone else; with fury!!!! Ha ha!!, of course we are devastated and frustrated over the situation, but we have to maintain our focus and do the best we can. We are looking forward to the release and when the world is in a better place, we will be there rocking it out with all of you!’’

A lot has changed over the last couple of months. No chance to tour to promote the album live. How do you adjust to the new situation?
,,There is no sidestepping this one, we all have to wait it out and be careful hoping a vaccine is coming sooner rather than later so we can get back in the game. The only good thing about the pandemic so far is that people seem to be more on-line than before so from a promotional aspect we are very happy by the response. We are working on a live stream event in the vicinity of the release, but I can’t disclose any details right now, much has to fall in place.’’

Usually touring is a necessity to keep a band alive. Now bands and artists can’t go out and play. What do you do to stay visible and interesting for the public?
,,We try to keep our social media updated and interesting, I mean, what can you do? We just need to get past this and get back too normal.’’

What have you planned to survive as a band in these unprecedented times?
,,We have different ideas, maybe do a cover EP, maybe start writing an new album, but right now the 29th of May is the prime focus. The day of the release of LOTI.’’ 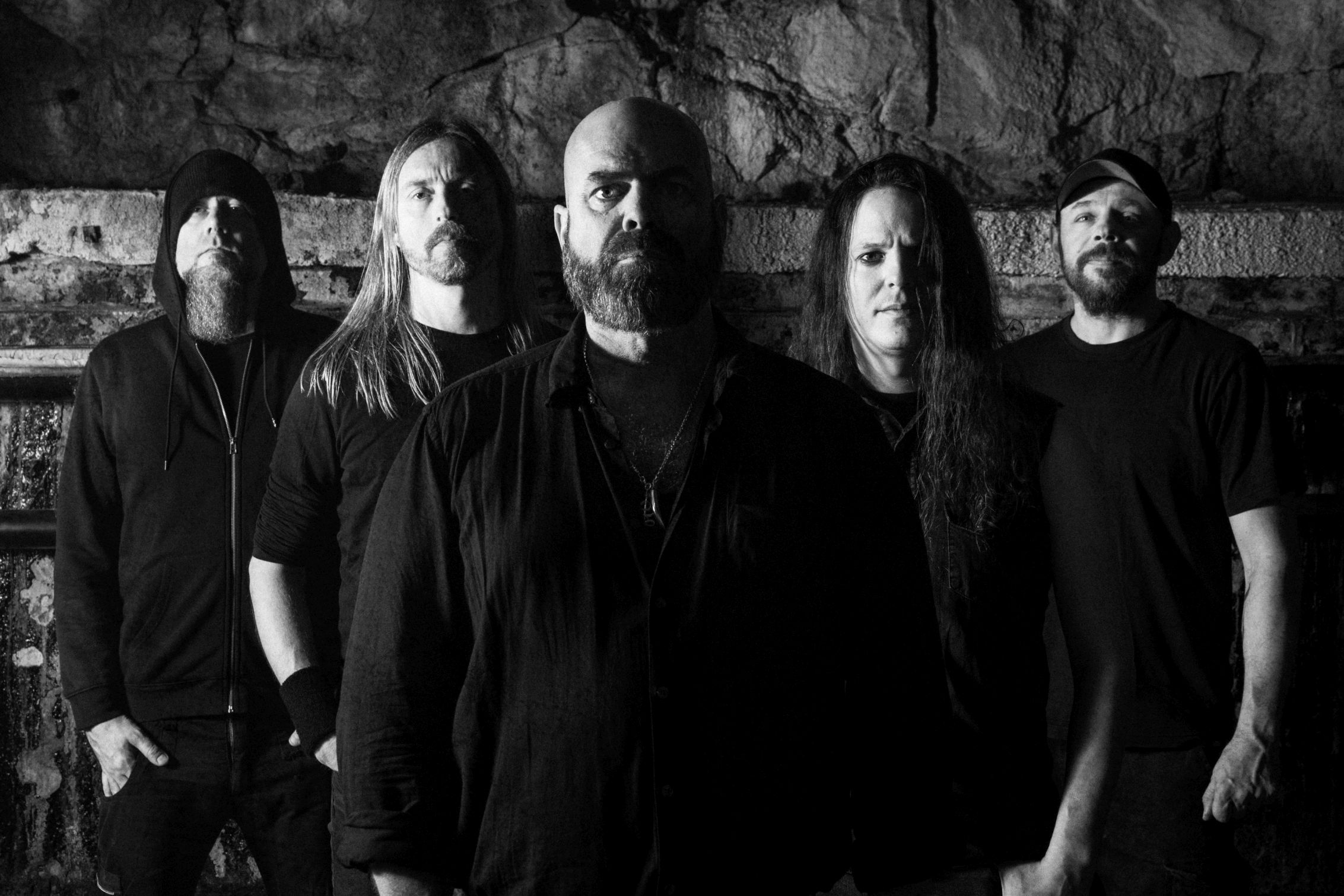 Many bands and artists are moving to the Internet to stay in touch with their fans (play special versions of songs, sometimes complete shows and Q&A’s). What are Sorcerers’ plans regarding that?
,,Yes, there will be a live stream event, we also post a lot of stuff on our and our labels YouTube channels. We have made a rockumentary about the recording or LOTI, this will be posted after the third single on the 16th of May, It’s a four part series, very cool stuff and behind the scenes clips.’’

How difficult is it to plan a next step while the future is still uncertain?

,,Nobody knows how the near future looks like, we just hope things can get better and back to normal it will be a long journey to reach that stage but it’s all we can do. Stay safe and always… wash your hands.’’ ????
—
Follow SORCERER on Facebook and on their Website