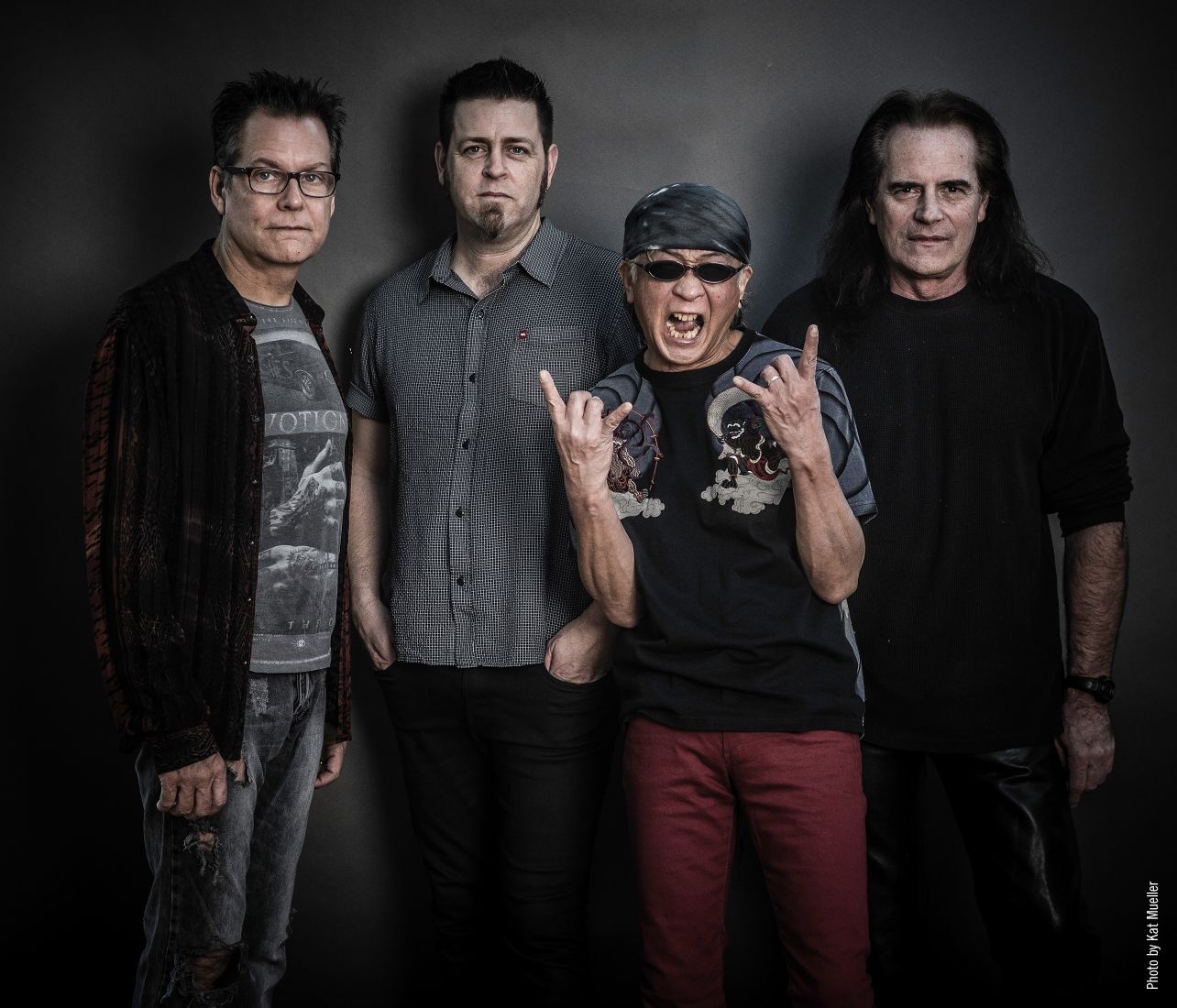 ,,Playing In SPOCK’S BEARD Has Always Been A Labour Of Love’’

Ever since their first album ‘The Light’ in 1995 American prog rock band Spock’s Beard has been a force to reckon with. Various line-up changes over the years hardly had any impact on the overall sound and their releases were of a consistent high level. ‘Noise Floor’ is their 13th album and for them it sure isn’t an unlucky number. Bass player on all the albums is Dave Meros, who also was a member of Eric Burdon & The (New) Animals [end of the 90’s, early 2000’s] and still is the bassist of 70’s rock band Iron Butterfly. Being the longest serving member, together with founding member Alan Morse, he shines his light over the latest release and shares with us what makes Spock’s Beard so special.

,,I guess when we started in the nineties we came out with a type of progressive rock that was fresh, positive and playful. The nineties were a pretty heavy time for a lot of people and we did something different. I think that, especially in the last years, prog went into a different direction. It became more complex, has a darker feel musically and we’re still on the brighter side. We also have humour involved, especially with Ryo [Okumoto, keyboards] who is the funniest guy. If it’s not fun we probably shouldn’t do it because we certainly don’t get rich from it. We might be older guys but we still have the mentality of 14 year old boys, [laughing].’’

It is three years since ‘The Oblivian Particle’ was released. Who decides when it’s time for a new album?
,,That kinda used to happen by itself. It can be a phone call from one guy to another, it can be an e-mail. John [Boegehold] does a lot of writing with us and when he has 10 or 15 song ideas the stress starts after we decided to do it, mainly because we are not very good at meeting time limits.’’

Spock’s Beard underwent quite a few line-up changes over the years. Who is the guardian of the Spock’s Beard sound?
,,I don’t know, that transfers from version to version, I never really thought about that. I know Alan and Ryo have their own style which is hard to duplicate and I have a sound which is pretty unique. We all add our own thing and as long as the core is there, the sound will be there, no matter what.’’

You don’t write much for Spock’s Beard anymore. How come?
,,I don’t know. It goes in cycles, sometimes I write intensively for a couple of years and then I stop for a long period of time. Writing for me doesn’t come easy, I’m not a natural. I think my ego isn’t big enough for that and I say that in a strictly academic way. I think you must have a strong ego to write and mine just comes and goes. I am happy to be part of somebody else’s vision. I wrote one song for this album but it didn’t wind up on it. I’m not needed to write because we have some great writers in the band so there is no motivation.’’

Spock’s Beard is a prog rock band. Are there any limitations regarding things you can and cannot do in that framework?
,,Oh sure, all of us are very aware of that now. From a couple of things we did on previous albums we learned that when we have songs that are not prog enough they belong on a bonus disc and that’s what we did this time. A lot of times a song will be written, we like it a lot so we record it and only afterwards we have doubts because it would mess up the flow.  Especially on our ninth album ‘Spock’s Beard’ there are some songs we’d better used as bonus tracks because they kinda messed up the flow of it. An album is not just a collection of songs but it also needs to have a flow, it has to take you on a musical journey.’’ 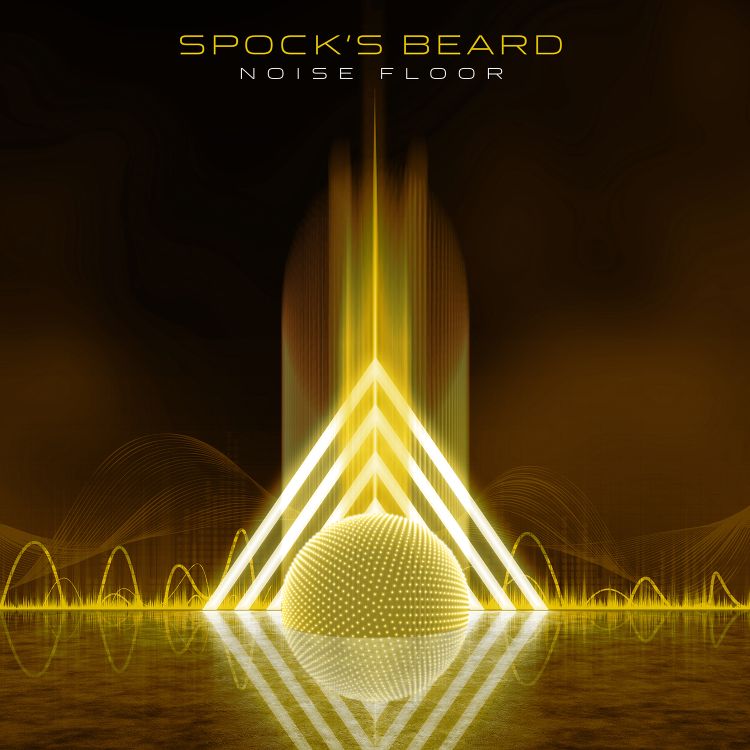 ‘Noise Floor’ is the third album with singer Ted Leonard [Enchant]. Did he bring new energy with him?
,,Oh yeah. He is a great addition to the band. Each frontman we had was great. Ted is an amazing guitar player and songwriter as well. Neal was amazing, Nick was amazing and now again we have an amazing front man and he has a great personality.’’

Also this album sees the return of, in this case, drummer Nick D’Virgilio. Is that just for the album?
,,Yeah, after Jimmy [Keegan] left we wanted Nick to do it. He didn’t want to be in the band because he had a busy schedule but was happy to play on the album and he is doing whatever he can to help us out. But it is not a permanent thing.’’

Ryo, Alan and you are all in your 60’s. What keeps you going?
,,Being around other musicians a lot keeps you young, it keeps your mind young. When you get older you don’t really realize that you are old. When you stay healthy you’ll find yourself in your 60’s and you just keep going.’’

You are part of the music business for 40 years and you’ve seen it change. For the better or for worse?
,,A few things are better. It used to be really expensive to record an album and you had to work for your record deal and building a following. Nowadays there are a million bands, everybody has access to everything, you can have a studio in your own home and that’s good. The Internet makes everything available to everyone. But in general the music business has gone far down hill in every way you can imagine including the people. In the seventies you bought an album and listened to it with friends and talked about it. Now music is more a background thing. If you bought a special album you were proud. Technology has given a lot but also taken a lot away. The music industry is in a bad position. The middleclass of bands and musicians are taken away and, except for a few big ones, it’s hardly impossible to make a living. It has become more of a side line thing but not to make a living anymore.’’

What are your best memories so far?
,,I have many, I count myself really lucky to come along as long as I have. A lot of my best memories come with Spock’s Beard. It’s really a labour of love for all of us, we have had good and satisfying times and I am so proud to be in this band. I experienced a lot of the world, was able to tour a lot, yeah, I have a good life.’’

Do you have a wish list with things you still want to do music wise?
,,Oh, there are things I want to do, but I know it will not happen like making a lot of money [laughing]. I am able to make a living and that’s fine, I’d like to have one band that provides me a comfortable living but that’s not possible. I admit to myself that’s not gonna happen but what happened so far is great.’’ 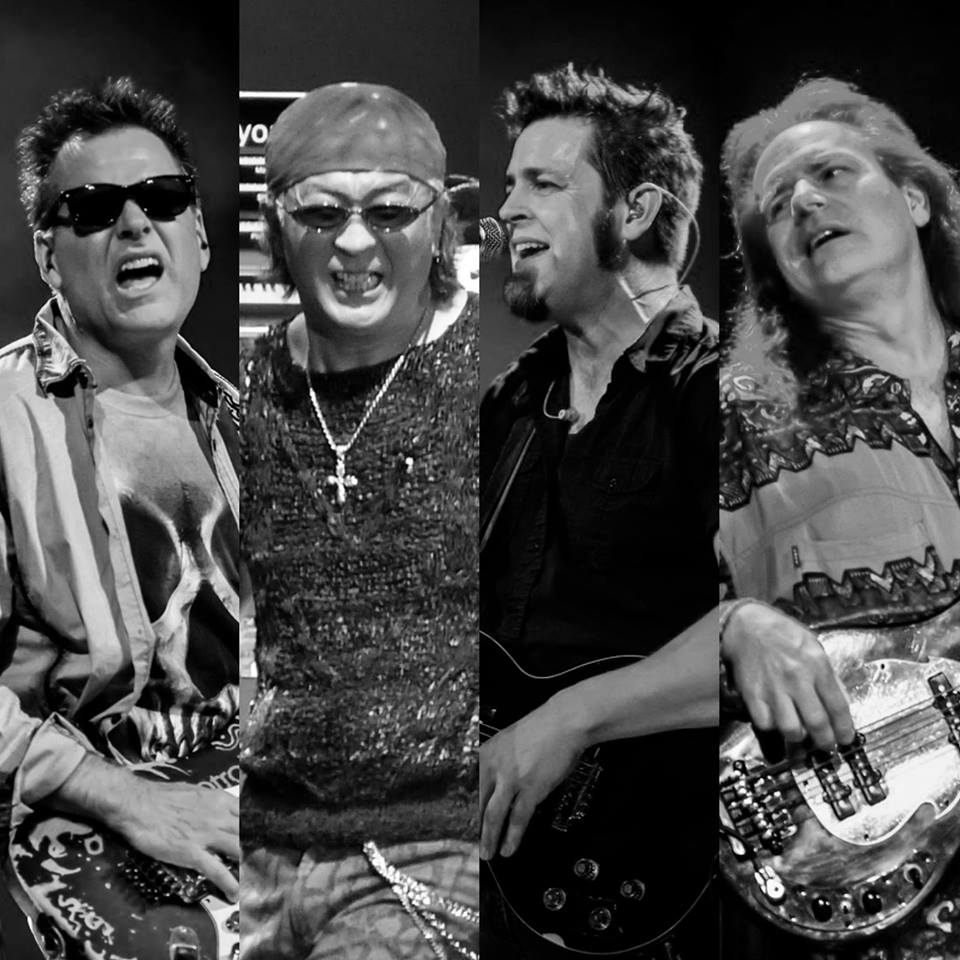 What advice would you give to kids who want to become musicians as well?
,,I would say do it for an artistic outlet don’t do it necessarily to try to make it your career. Although there are artists that make a nice career out of it the chances are small, the odds are low. That is a shame because the quality of the players is higher than ever before, many of them are a lot better than I am. I always joke that if I had a kid I would keep repeating ‘architect’, ‘architect’, ‘architect’, does that answer your question? [Laughing]

Is touring still fun?
,,Of course, it’s nearly as much fun as it used to be when I was in my 20’s. The difference is that I don’t have to party endlessly and go out a lot. It’s a more relaxed situation now. Hanging out and talk with people after a show is still my favourite part.’’

What do you consider the most complete album of Spock’s Beard?
,,For me ‘Beware Of Darkness’, our second album. That has a lot to do with the fact that at the time we recorded it the band had this real good energy and that reflected in the music.  Yeah, that still gives me a special feeling.’’
—
Follow SPOCK’S BEARD on Facebook and visit their website here