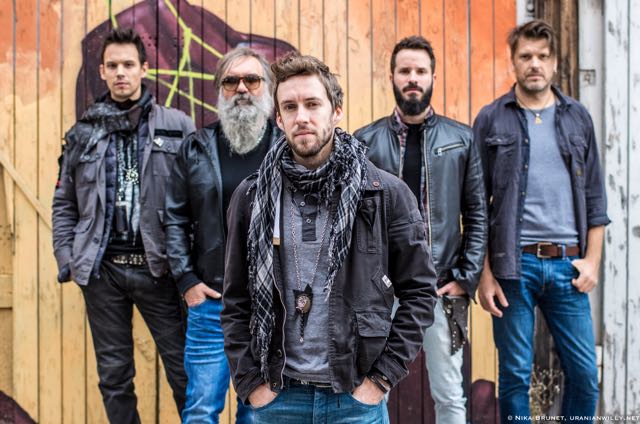 After hearing their debut `Just ‘Cause You Got The Monkey Off Your Back Doesn’t Mean The Circus Has Left Town’ [release 2016], the Slovenian heavy blues-rock band Stray Train got my attention. I felt their songs sound honest and spontaneous, guided by strong vocals and great guitars and it was obvious that these guys gave their own twist and joy to the heavy blues-rock genre, which is a treat to listen to. I am happy to see that Stray Train makes sure their train keeps rolling fast, as they just released their second CD `Blues From Hell-The Legend of The Courageous Five’. Twelve excellent new tracks show that blues and rock ‘n roll are again running deeply through the band’s veins and they definitely show that Stray Train is here to stay. Therefor it is about time for our HeadBangers LifeStyle audience to learn more about this driven five piece from the cultural capital of Slovenia, Ljubljana and it is singer Luka Lamut who answers a few questions as an introduction of the courageous five. 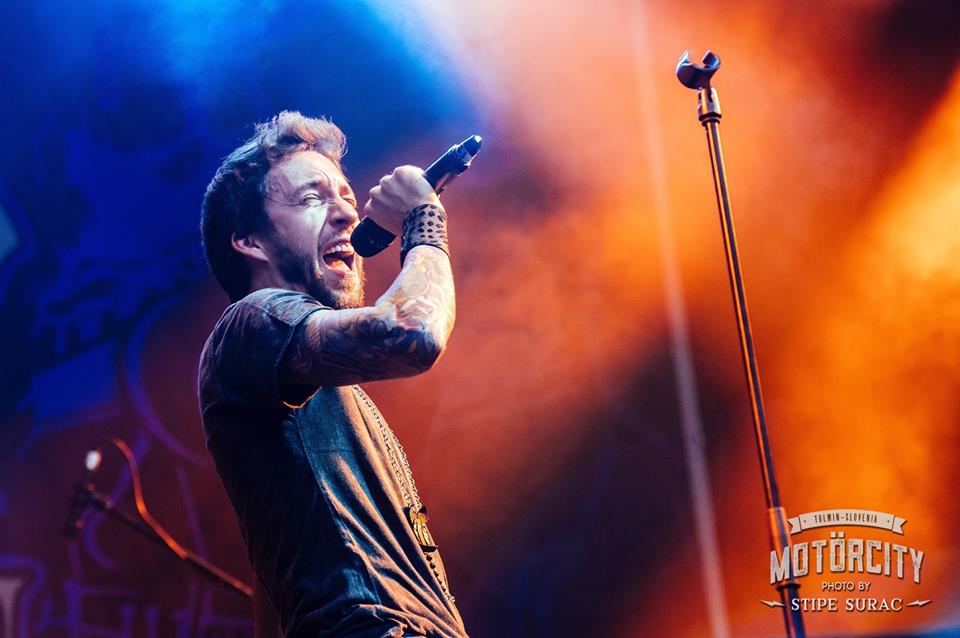 How is it to be a heavy blues rock band in Slovenia?
,,For sure we have a smaller audience than bands in bigger countries, since Slovenia is a small country. But our primary goal is to reach as many blues rock lovers as possible across Europe and beyond.’’

What makes you want to play (heavy) blues rock in the first place?
,,It just came out as a natural way to express ourselves. Obviously all band members have musical backgrounds of one sort or another, but we really found the connection in this style of music.’’

Is there an active hard rock and blues music scene in your country and city? And how do you feel about it?
,,Actually, I can say that it is getting bigger. We have a few bands that get recognized lately. And this is a good thing. The fact that we sold out a venue where we had a release party concert for our new album, is a good indicator. But of course, as a small country we have a limited audience, so state borders are not something that would limit us.’’

Is Stray Train a band that play live as much as possible?
,,Of course, playing live is one of the reasons why this band started in the first place. The emotions, the feedback and honest connections with the audience is something we strive for.’’

What is the essential of a Stray Train album and a Stray Train concert?
,,I hope that the ingredients are the same [smiling], which is to capture the emotions of the songs. We recorded the rhythm sections of both of our albums “live” – the drums, guitars and bass all simultaneously at the same time. This is what works best for us and is a way “to get closer” to the listener.’’ 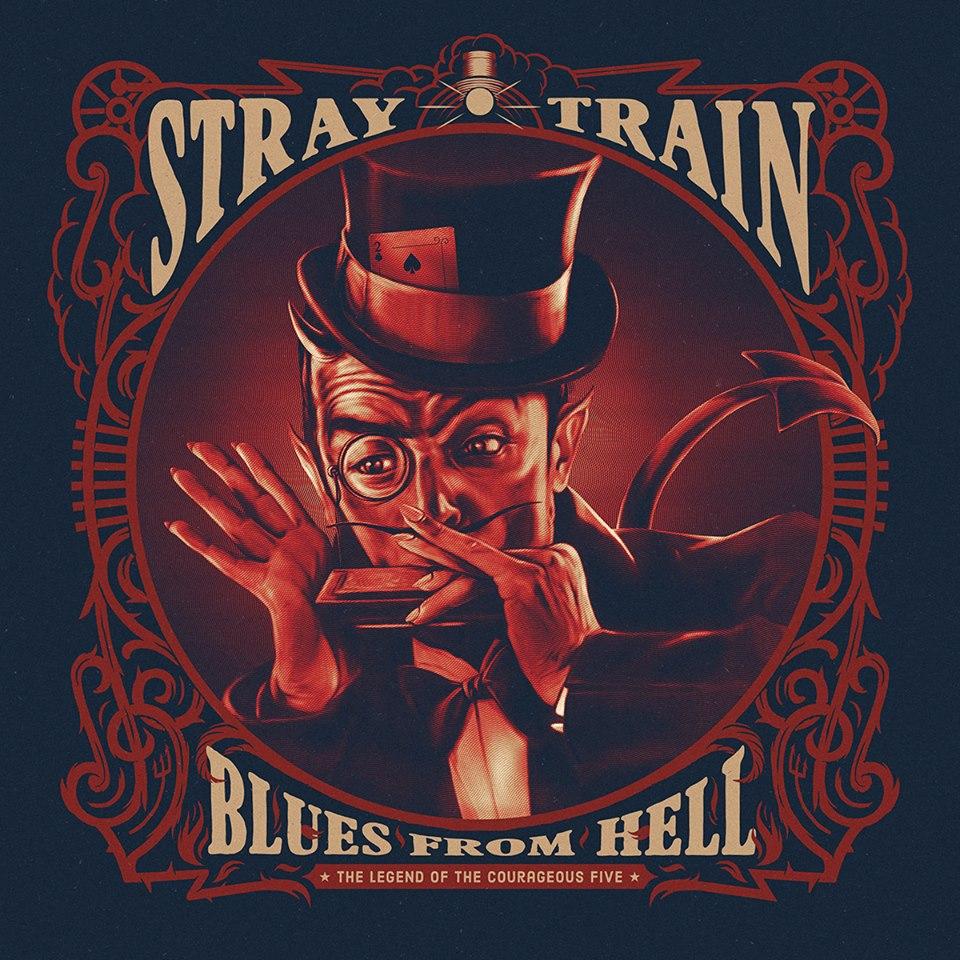 The first album `Just ‘Cause You Got The Monkey Off Your Back Doesn’t Mean The Circus Has Left Town’ was recorded in The Netherlands in 5 days. Did the recording of the new, album follow that same fast procedure or did you do things different this time?
,,I can only say: “If it ain’t broke, don’t fix it’” [smiling].

What are the most memorable moments of writing and recording the new album?
,,For me personally it was the writing process. The majority of the lyrics were written while we were on the European tour with Blues Pills and Kadavar. When we got back from that tour we made the foundation of the record in just 14 days, right after the tour. We might be a little specific when it comes to making new music, since we make it all together in our rehearsal room. It just comes out of us; the riffs, the vocal line, the beat…it just clicks together. Our good chemistry is for sure an important factor.’’

What do you consider as the biggest improvements of the band if you compare both albums?
,,We get to know each other better as people and as band members. I think this reflects in our music, which is now even tighter.’’

What were your first thoughts when the recordings of the new CD were done?
,,Okay, checked. Let`s make a new one [smiling].’’ 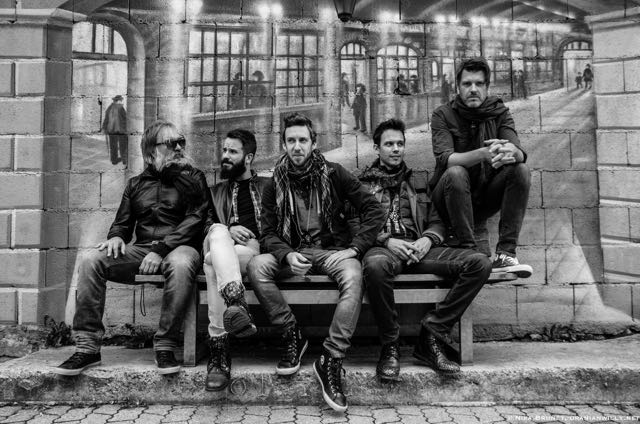 What are the good habits of the band?
,,Commitment.’’

What are the bad habits of the band?
,,Not drinking enough beer [smiling], so we often leave a full fridge after the gig.’’

Where would you like to see the band in 5 years?
,,Still making new music, touring across continents and become an important player in the blues rock music scene.’’