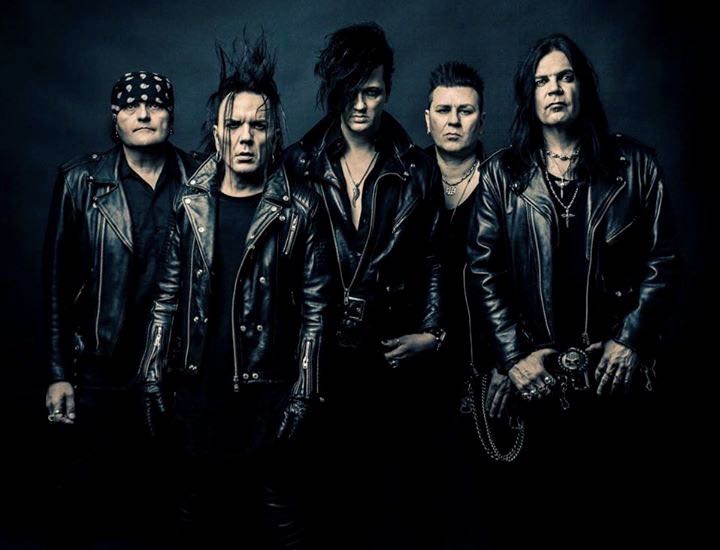 ,,I’d rather be drunk on stage than have a great light show and explosions.’’ (Jyrki 69)

Helsinki’s most famous vampires The 69 Eyes finally released their long awaited new 11th studio album entitled `Universal Monsters’. And while the music business these days seems to be trapped in a rat race where appearances, visual bombast and superficiality are more important than the power of simplicity and the intense experience of music itself, these Finnish rockers decided to go back to the core of rock ‘n roll. After their formation in 1989, inventing the term Goth ‘N Roll and experiencing success on different levels over the years, The 69 Eyes strikes back and sounds stronger than ever. HBLS talks with singer and founder of the band Jyrki 69 about the new album, the return of producer Johnny Lee Michaels, his inspiration, and what matters to the band these days. 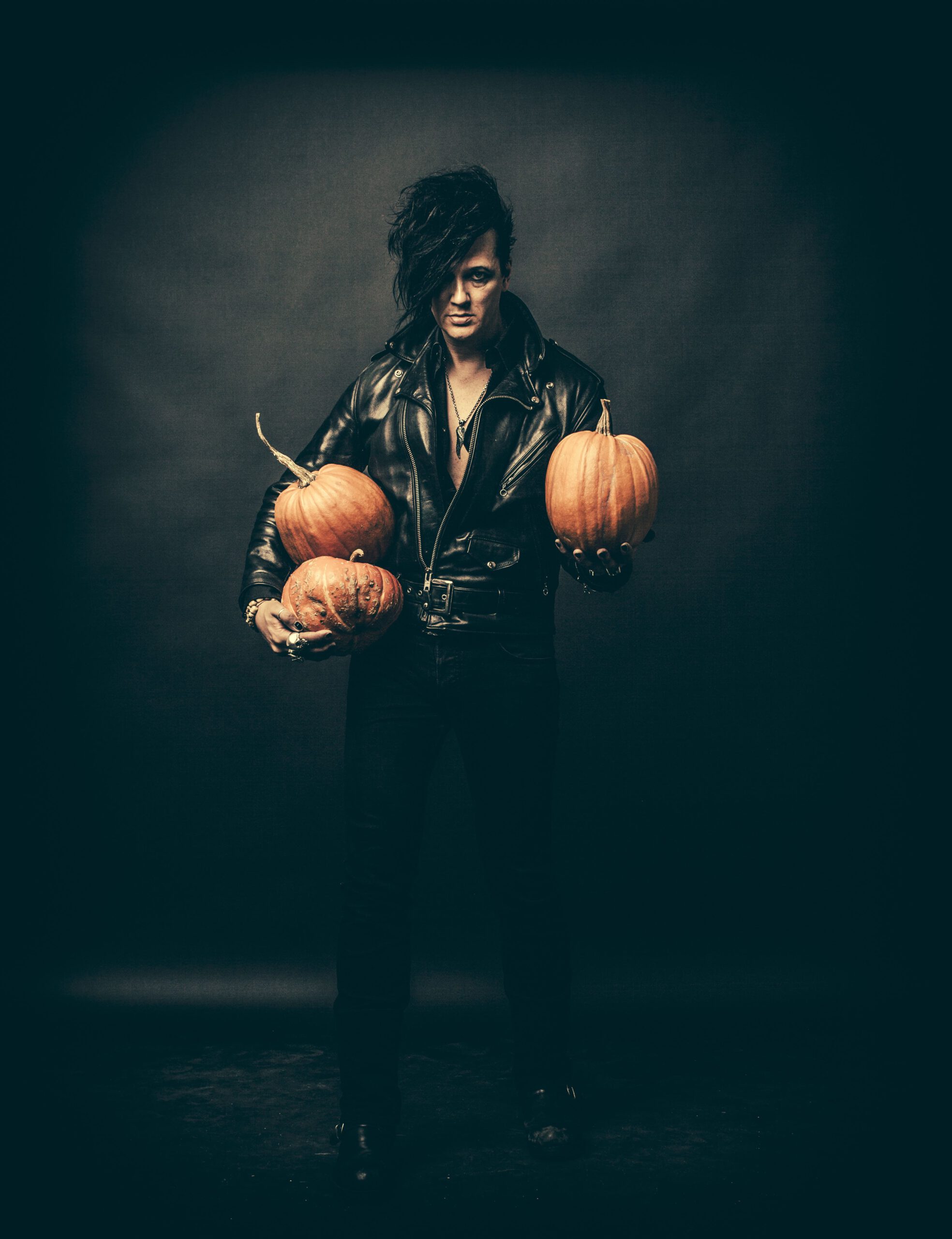 What is your personal view on the new The 69 Eyes album `Universal Monsters’?
,,It has been four years since we had our last record `X’ out, which is relatively long considering how social media has developed and how people listen and consume music these days. With `Universal Monsters’ we released a package of songs, without any fillers among them and you have to listen to the complete album like in the old days. This is what we do with The 69 Eyes. Not because we are stubborn but because for us it is best to do what we know the best and this one is the best we have done so far. The music is very divers but it also sounds like nothing else other than The 69 Eyes. `Universal Monsters’ is already our 11th album but I think we are still getting better each album and as a singer and a lyricist I feel I am at my best on this new record. I am really satisfied how the vocals came out and the writing and recording process went nice and easy. I really enjoyed writing the lyrics and get them ready, yeah I am very happy with it. These lyrics have a lot of double meanings and refer to certain movies for instance. It is just like my usual writing style but doing this now for a few decades it is like getting master in my own writing style and art. It is definitely more rewarding these days. Making this album was absolute cool to do and it is actually sad that the job is done. It is like when you read a good book; it is at its best when you are in the middle of it.’’

Why did you decide to work again with producer Johnny Lee Michaels who was on board on the albums `Blessed Be’ (2000), `Paris Kills’ (2002), `Devils’ (2004), `Angels’ (2007) and `Back In Blood’ (2009)?
,,We felt it was time to go back to square one and it felt very natural to start making music again with exactly the same team as fifteen years ago; Johnny Lee Michaels and our band. Johnny is also playing keyboards and he is responsible for the orchestrations. It is not like we try to sound like the records we did fifteen years ago but it just turned out to be like that. The technology is more modern but somehow it is like that because we are with the same people who have the same kind of message in terms of arranging and the order of recording the music and simplifying things. I believe all our records sound timeless because The 69 Eyes never belonged to or represented a certain genre. We are really outsiders. We are not metal, hard rock or glam, we are not even goth, we are somewhere between everything. Also `Universal Monsters’ sounds timeless, it is not classic rock but we are not far from it, it is just rock ‘n roll. That might sound a bit lame, but I can’t come up with anything else either. It is like a black leather jacket. You can’t specify what kind of person can wear a black leather biker jacket, can you? Is it a rocker from the fifties? The Silver Beetles or Ramones? Or Axel Rose, Slash, the Metallica guys, or Norwegian black metal guys? Or Motörhead? It is the same thing with playing rock ‘n roll. It is timeless and fits for all.’’

What is your most personal song on the album?
,,Definitely ,,Jerusalem’’ which is going to be the third single of the album. It is a pretty strange, dark and gloomy song about this magical and mystery town called Jerusalem. I haven’t thought about this place at all until I heard the musical idea on demo. Right away the music took me to some oriental area into the Far East and since I really love the movie `Kingdom Of Heaven’ by Ridley Scott, I thought it would be cool to visit this city in the song. The idea fitted and the lyrics came out really easy. I have portrayed the scenery like if Jim Morrison has sent you a postcard from Jerusalem. After I did the demo recording I booked a trip to Jerusalem because I wanted to be there to make it authentic and when I came back I re-wrote the lyrics and the song. Less then a month ago I actually went back there because I absolutely enjoy the vibe there. I also filmed the video for this single release in Jerusalem. So it is the song that took me to Jerusalem, this beautiful place that inspires me.’’

The young Finnish rock band Santa Cruz does the backing vocals on `Universal Monsters’. How did that happen?
,,It is a classic The 69 Eyes way to make records. Whenever we record an album in our hometown Helsinki we just go to the next bar to find people who can sing the backing vocals. This time there were some folks in the bar; the Santa Cruz guys. I thought it was cool to ask them to come along and turn them into Helsinki vampires as well. It is the spirit of Helsinki, everybody is friends with each other.’’ 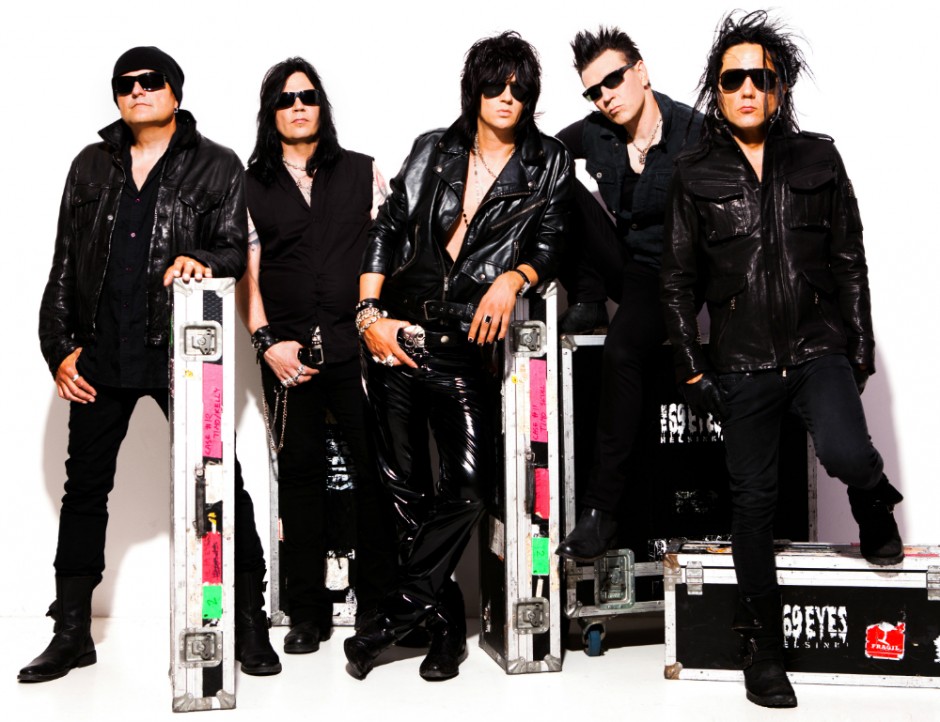 What are you most excited about with this release?
,,After the release of `X’ I have done a lot of travelling around the world because as an artist you need something to write about. You have to live some kind of life to be able to write. So I have been around searching for inspiration and `Universal Monsters’ became like my personal diary. It tells about where I have been, whom I have seen and met and what interests me. It is really exciting for The 69 Eyes to still exist these days, to be able to put out a new record and still playing this kind of music. Of course there are still some similar minded bands active, like Cobalt, Rob Zombie and of course Marilyn Manson, but who else is still here? There are all these new young bands out there but who could be the new us? Rockers are sadly leaving the planet and there is nobody left for Christ sake! Even Motörhead is gone now. It is getting a bit lonely out here.’’

Do you feel there is still a place for The 69 Eyes?
,,We notice that a lot of fans follow us on social media, they do watch our videos and they even write us and let us know they still want to hear new music of The 69 Eyes. They also want to hear new songs during a live show and not only the old material, which is the case for a bunch of other old bands. I feel very privileged for that. So we maintain the interest of our fans that obviously want us to make new music as well. Before we started working on `Universal Monsters’ I was wondering if the world needed another The 69 Eyes album? We could have played another decade with the old songs and make people happy playing their dream set, but as a band we definitely feel like we want to do shows that are sounding better than ever. That is why we did `Universal Monsters’. Maybe this is the last one but that is not the end of the world. At least we have done this record now.’’

Are you trying to do things different as a band these days?
,,I want everything we do to be totally different from what everybody else is doing. Like in the metal scene a lot of bands release an album, announce a tour of two years and all the dates are planned. When you see those bands live they have the album cover as a backdrop and side drops on stage. They have pyro’s and explosions during the show and it all goes according to script for the next two years. When that is over, they have a new album out and then it is the same template with just a couple of new songs added. I am not interested in that at all right now. I want us to strip down and go really back to square one. Just us guys on stage with only the amplifiers, instruments and of course the songs. All in a very simple way. I want to go back to the days music was the most important and on the other hand just us as a band who are on the stage. I want to simplify things in that way and that is because I think we can really do that. When people come to our show they come to listen to live music. I want a human performance of the songs and the audience may even hear some mistakes. I don’t want the scenario: we play exactly like what is on the record, say thank you and this is our next song and when the lights go down, you can go get the tour shirt and go back home and say `o wow that was so awesome!’ I’d rather be drunk on stage then have a great light show and explosions [laughing]. I’d rather fuck up a show and people will be upset but probably later on they will be like: `hey I saw the show they fucked up completely!’ That is more interesting in my book. It is more cool that you are a rocker and you are playing a show instead of being part of the show business and doing exactly how the footsteps are marked on stage.’’ 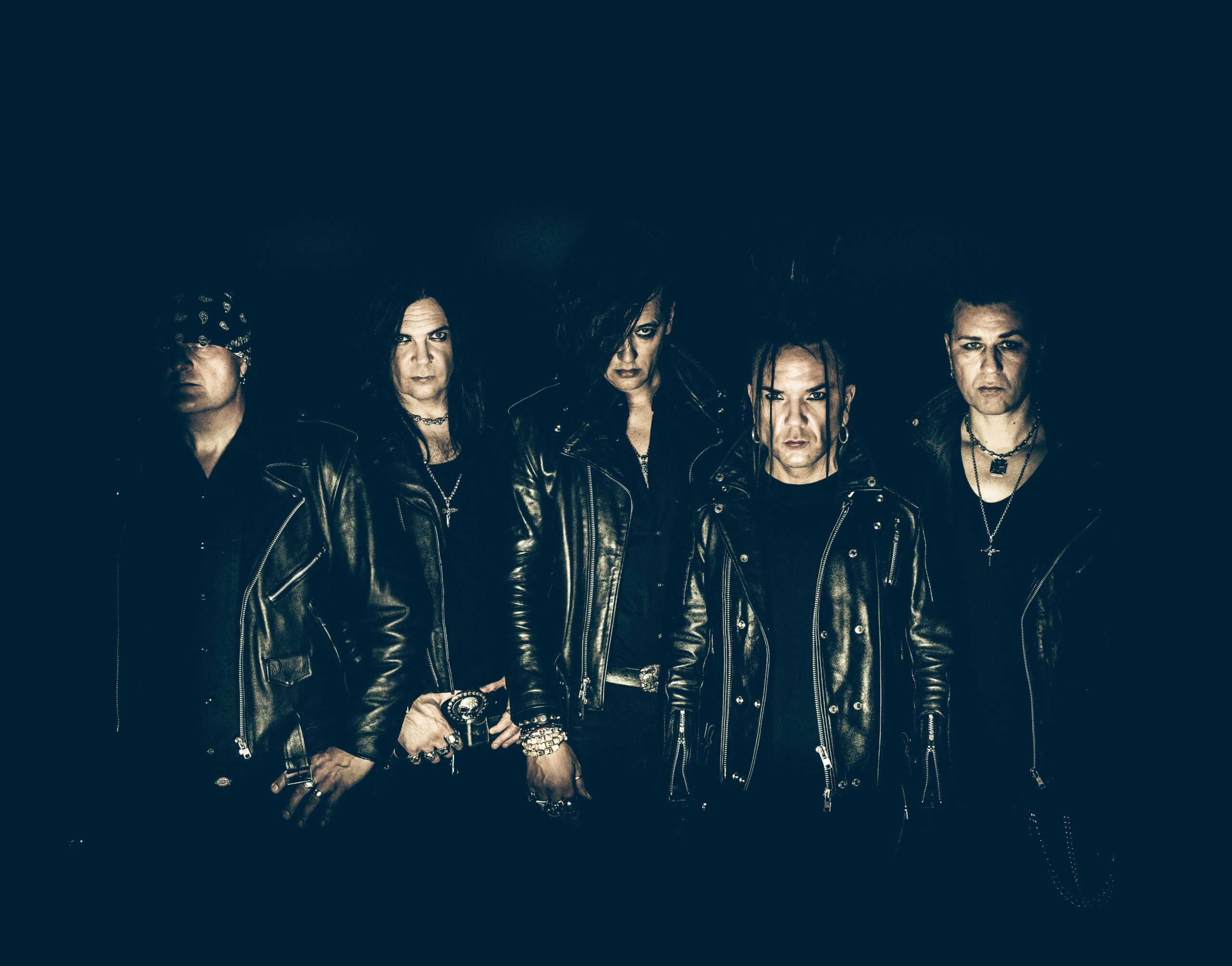 The 69 Eyes has a dark and gloomy image. Is there room for humour and big laughs?
,,Always been! I remember the first time we went to a German gothic festival. Like always, we were laughing and making jokes in our dressing room when somebody opened the backstage door, looked inside and said: ,,Is that really you? How come you are all laughing?’’ They were obviously used to Finnish bands that are very quite and not making jokes at all. Well, The 69 Eyes has always have a humours aspect, like one of our new tracks called ,,Miss Pastis’’. That can’t be very serious. We are very far from being a serious dark band.’’

Where do you see The 69 Eyes five years from now?
,,In a museum [laughing]. We actually just got an offer from a company who wants to make little dolls, like action figures, of us as a collector’s item. I can already see us like little toys on people’s bookshelves. I think it is a brilliant idea!’’