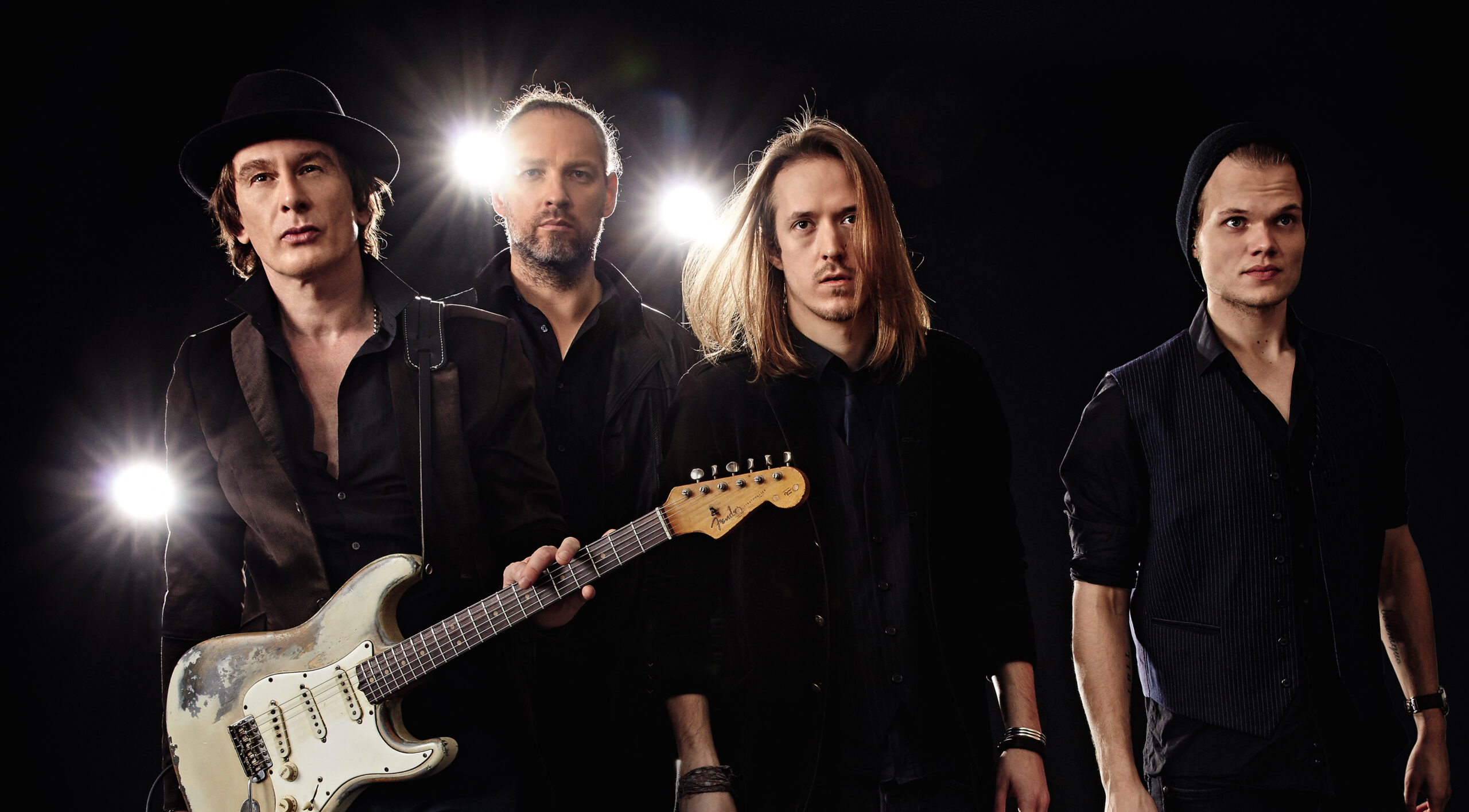 The first CD of the in Germany based formation The Blue Poets is one to cherish. That is if you are a fan of traditional British based blues rock, as pure as can be. Responsible for this nice piece of work are four guys of which band founder/guitarist Marcus Deml is the one with the most experience. Deml is a veteran in the rock music business and the guy who achieved some success with the formation Errorhead. By his side are drummer Felix Dehmel, bass player Markus Setzer and the very talented singer Gordon Grey. It is with Gordon that we had a chat about The Blue Poets and how things sometimes get wrongly reported by the press. Like the fact that Mr. Grey was born in Australia…. 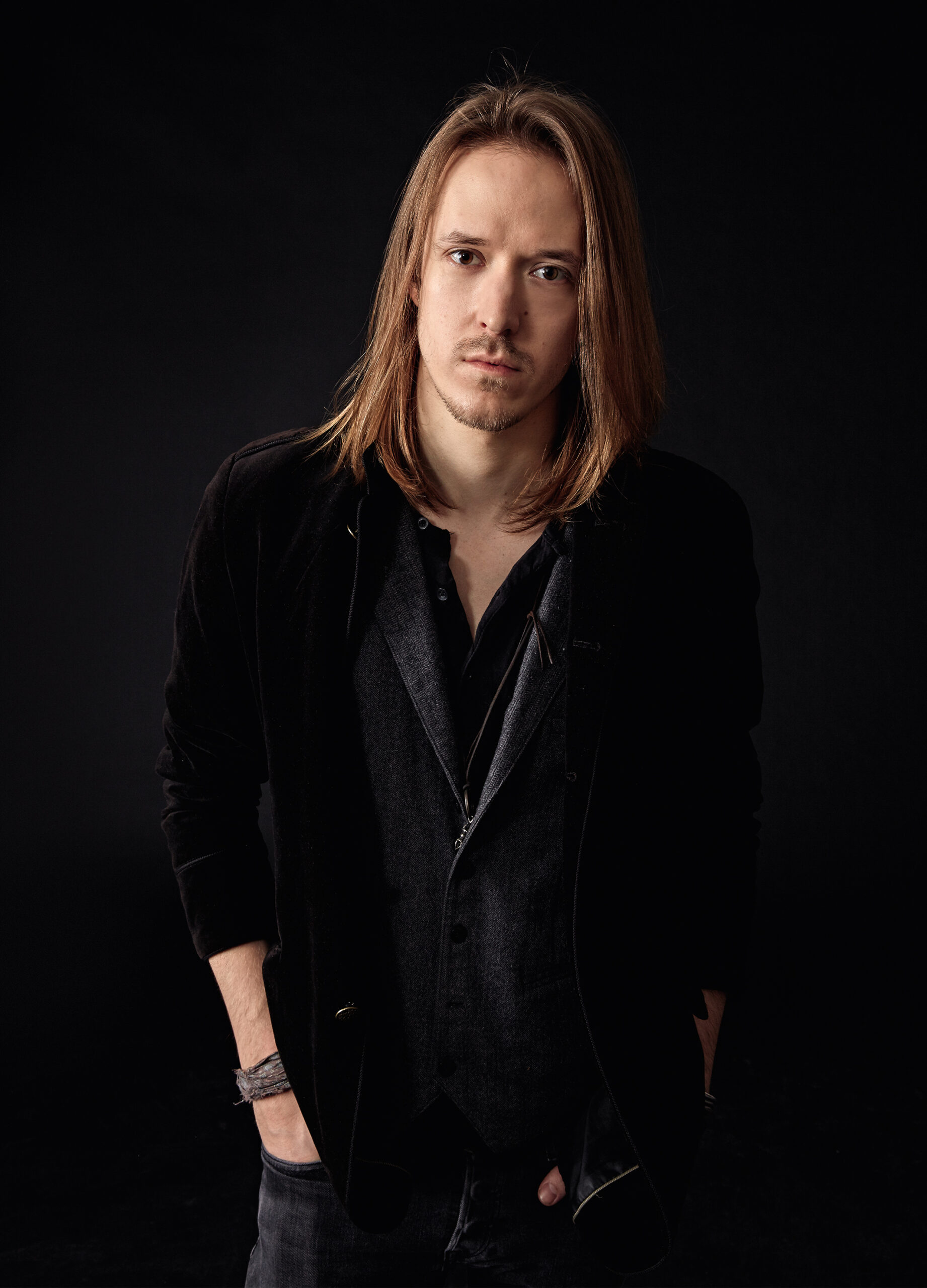 ,,I have to say that there has been a little misunderstanding with the press in Germany. A few generations ago my family emigrated to Australia coming from all over Europe for example Ireland, France, Russia and of course Germany. I told them that the biggest part of my family lives in Australia and they took it as me being ‘the Australian singer’…. Anyway I was born and raised in Europe. Despite being scattered across the globe my family and I are keeping contact. Just for the record: most of them are living in Cairns and on Magnetic Island. As for myself: I started the piano when I was 4, grabbed the guitar when I was 16 and started singing when I was 20. So I never really did anything else and never wanted to. When I was 10 years old I fell in love with music from the sixties and seventies especially with Jimi Hendrix, Rory Gallagher, Led Zeppelin, Canned Heat, Free etcetera. The first time I saw that Woodstock DVD I couldn’t believe my eyes and ears. So I guess there was never another way meant for me. I’m planning to come to Australia in a few years. If things work out well we will produce a second, maybe even a third album. I am still young and as a musician you always have the wonderful opportunity to work everywhere around the globe. I am really looking forward to that day. Starting something new with people I haven’t even met yet. Life is sure a journey!’’ 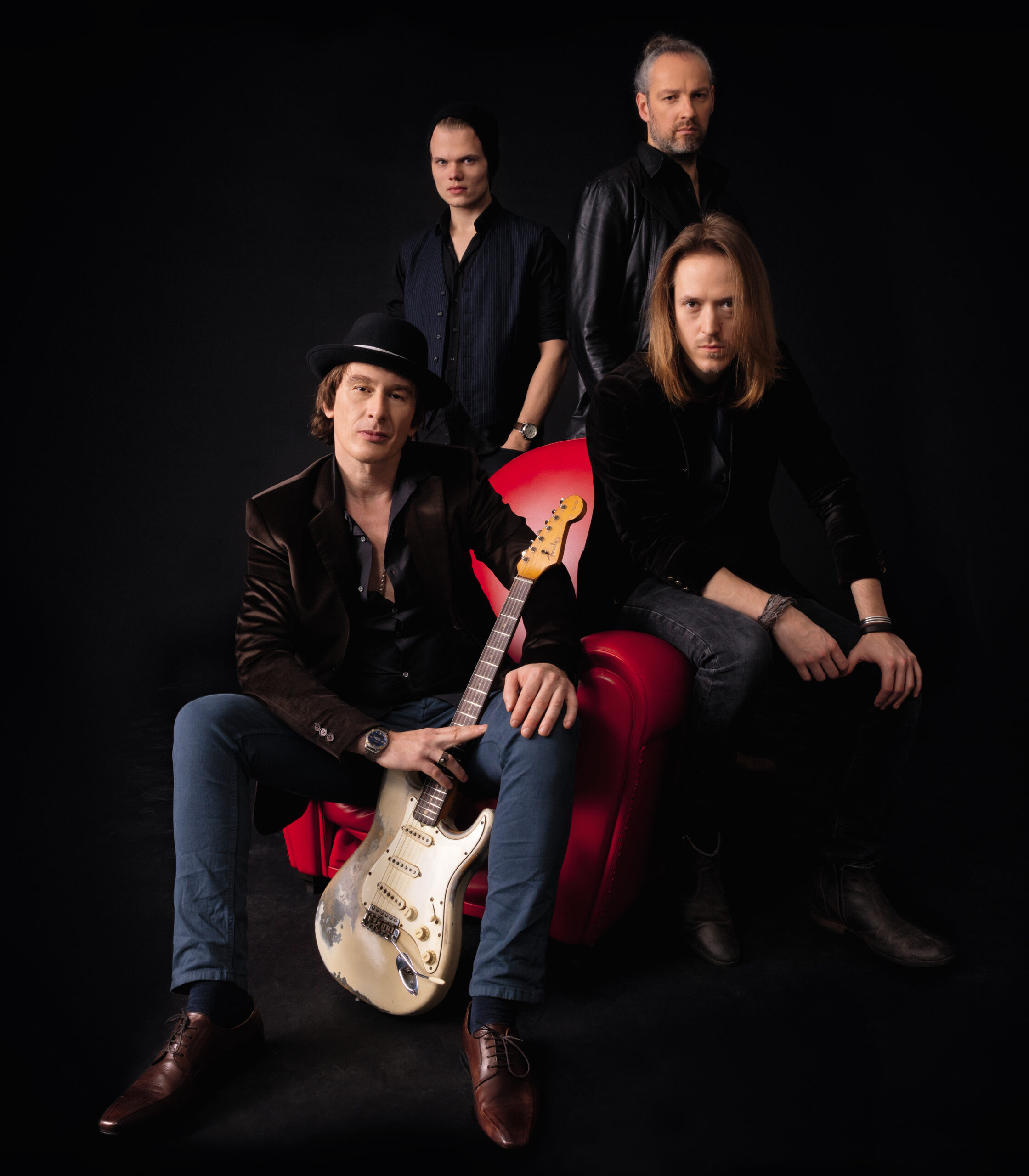 Tell us about the formation of the band and the way you guys work?
,,This formation (instrumental) is a classical trio. That gives everyone enough space to shine. On the other hand it is sometimes quite difficult to fill spaces in between certain notes but I think we managed to hold the balance. The band name was Markus Demls idea. He wanted something that gives the listener an idea of what he is going to hear. Something clear and straight forward. He just came to us with the name and we all agreed. Probably the most uncomplicated search for a suiting band name I guess. Before we got together Marcus had written and arranged all the songs. As he told me the album was some sort of therapy for him. His last years had not been that joyful and so he wanted to get back to his roots, playing the music that he loved as a kid. I was honoured when he asked me into his studio to sing these songs. If we are going to produce a second album I think the band will be more involved into the writing process.’’

Does blues rock have your personal preference or is there more or other material that you would like to perform?
,,I always loved blues music. Since I was a little boy I remember the first time I heard Jimi Hendrix…amazing revelation! From that day on all the classic acts were my heroes. Rory Gallagher, Led Zeppelin, The Beatles, The Who and so on. I am also a huge fan of soul music, gospel and funk e.g. artists like Marvin Gaye, Aretha Franklin or James Brown. I really don’t want to limit myself. Who knows what the future might hold for me musically.’’

It seems that the process of writing, recording, mixing etcetera only took you guys 6 weeks. That is pretty fast. What is the advantage or maybe disadvantage of working so quickly?
,,I think on one hand you are able to catch the lightning in a glass. The moment where you create something is always special. On the other hand considering that we recorded the album almost a year ago I would for sure sing some phrases different now. Over time every musician evolves into something different… not better just different. I can honestly say that the real fun about this music is to perform it live. Every time a little different, for I am a slightly different person every day.’’

The record is released on your own label Triple Coil Music. Advantage possibly is complete artistic freedom. Disadvantage may be that everything has to be financed by yourself, promotion and distribution have to be sorted out by yourself. So, how good or bad is it to have your own label?
,,I am really not the guy for our finances in general but considering the fact that major labels are just interested in selling you, not in your art, doing it yourself gives you an enormous freedom. Of course it is a freedom you are paying for but that’s the way the cookie crumbles isn’t it?’’

How do you see the development of The Blue Poets in the near future?
,,I think the time for handmade music has come again. People are tired of auto tune and click tracks. Authenticity is on the rise. Hopefully we can reach the people with this message! I think we just might have picked the right time.’’

If you would not have become a musician, what would you have been doing in life?
,,I would probably be in jail!!! Being a musician is the only playground for weirdos in this society that does not bore the living hell out of me!’’ 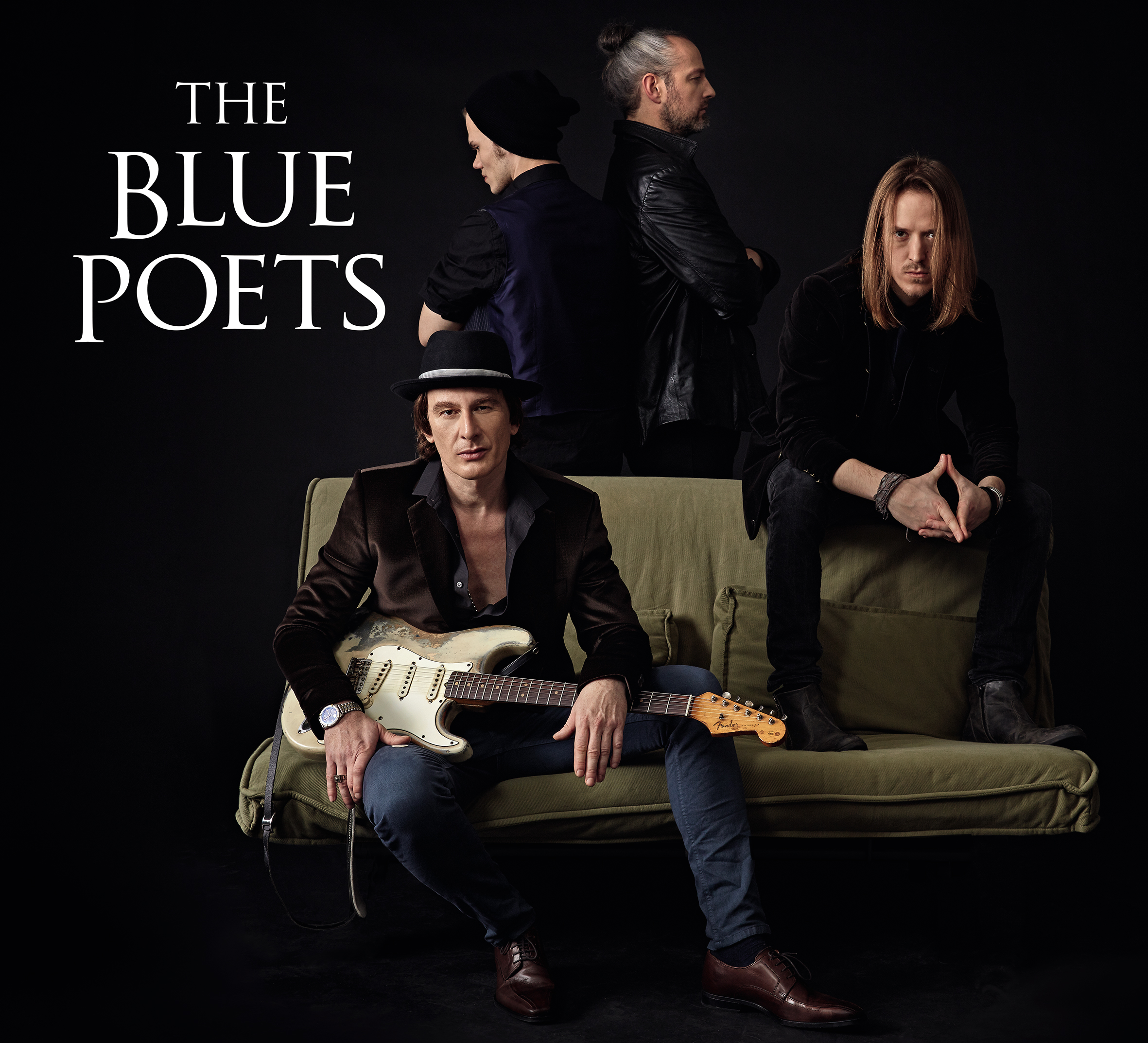 Do you guys believe that your main market/target is Europe? Maybe even Great Britain in particular as your music might go down there better than anywhere else?
,,We just started our US promotion and are surely laying our eyes on the UK and the rest of Europe. And why not come down under as well? I have to say hello to a few people I haven’t seen in a long time anyway!’’
—
Follow The Blue Poets on Facebook and visit their Website