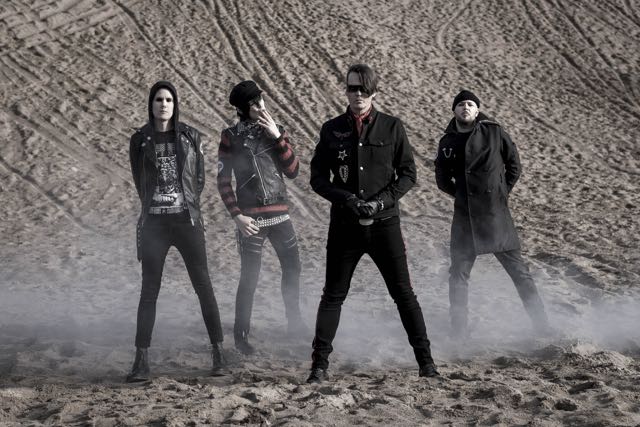 The Dark Side Of Pop Culture

Having their fifth studio album `Machine’ released last month, Swedish four piece Then Comes Silence keeps on adding a very pleasant grim and nostalgia vibe to today’s music scene. Just like its predecessors `Blood’ [2017], `III-Nyctophilian’ [2015], `II’ [2013] and `Then Comes Silence’ [2012] the Swedes hold on to the heydays of post punk with a great flair of modernism and rock. We talk about the era when The Sisters Of Mercy, Siouxsie And The Banshees, The Cure, Joy Division, The Mission and Killing Joke [to name a few] were in the lead by spicing up the genre with a rebellious elegance during the roaring 80s.

Back in the day this genre was called new wave and it wasn’t only music and on-going live shows in sticky clubs, but it was also a movement that connected with fashion and lifestyle. Strange enough, while the hard rock and heavy metal scene managed to slip into the mainstream and even succeeds more and more on a commercial level, post punk and old school synth pop has kind of faded away into the underground. It is bands like Then Comes Silence that keep reminding us that post punk is a worthy music style to enjoy and to dwell into. `Machine’ reveals 11 tracks that lean a bit more towards a rock attitude but the typical post punk beat is still very present as well as the recognizable bass groove, sharp guitar melodies and synthetic pop like sound. The songs show a catchy character and the moody vocals by Alex Svenson folds it all together perfectly. The additional female vocals in the killer track ,,Ritual’’ are a great bonus.
Because HeadBangers LifeStyle talked with Alex in the past, this new album seems to be a good reason to reconnect with the band and I decided to present Alex a few statements to see what’s going on these days. 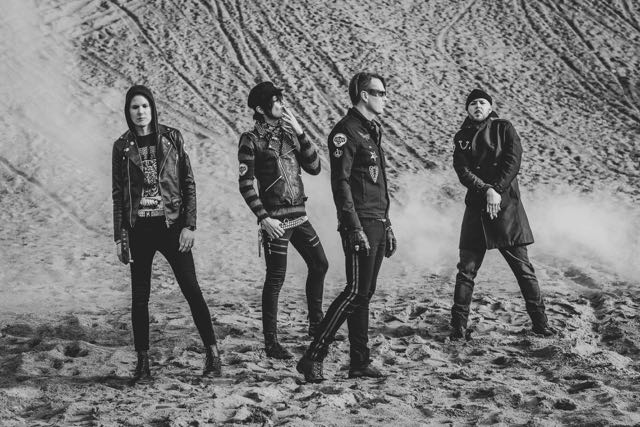 Then Comes Silence is a fresh breeze of gothic renaissance.
,,I’d like to think that we send a sweet cool breeze thru the garden of post-punk.’’

`Blood’: the aftermath.
,,Musically, ‘BLOOD’ is still a fine piece of work. So many memories around the time we recorded it. Financially it was a disaster. We didn’t know how to keep a budget of such a big production. I think we spend a little too much on certain things and should have saved money for expenses that came later. I don’t want to get into detail, but the hangover was rough. But, you will never learn without making mistakes and the memories of the making of that album are sweet.’’

The price we paid for success.
,,I wouldn’t call it success because we still can’t make a living out of music, but I get what you mean. Well, eventually two members had to leave. If the word success means that we got more to do, then that was the price. They couldn’t keep pace with the band and besides working on the new album, we toured quite a lot from the fall of 2018 to all of 2019. Mattias and Hugo had already become session musicians in the band so they just stepped in and took the roles as fulltime members.’’

There is new blood running through Then Comes Silence.
,,Yes, and it’s pretty warm and strengthening. Hugo and Mattias make a great match to me and Jonas. We all have different personalities with very obvious pros and cons. I think we can all agree that we find a good balance in the band.
For the moment when everyone is at home due to the awful Corona hell, we don’t practice much. We work by correspondence. We keep in touch on the band’s chat threads, send music and ideas within the band. We will probably lose quite a lot of opportunities now. Some shows have already been cancelled or postponed. This is happening to everyone of course, but still, from our perspective it’s a heavy loss. We have invested in the band.’’ 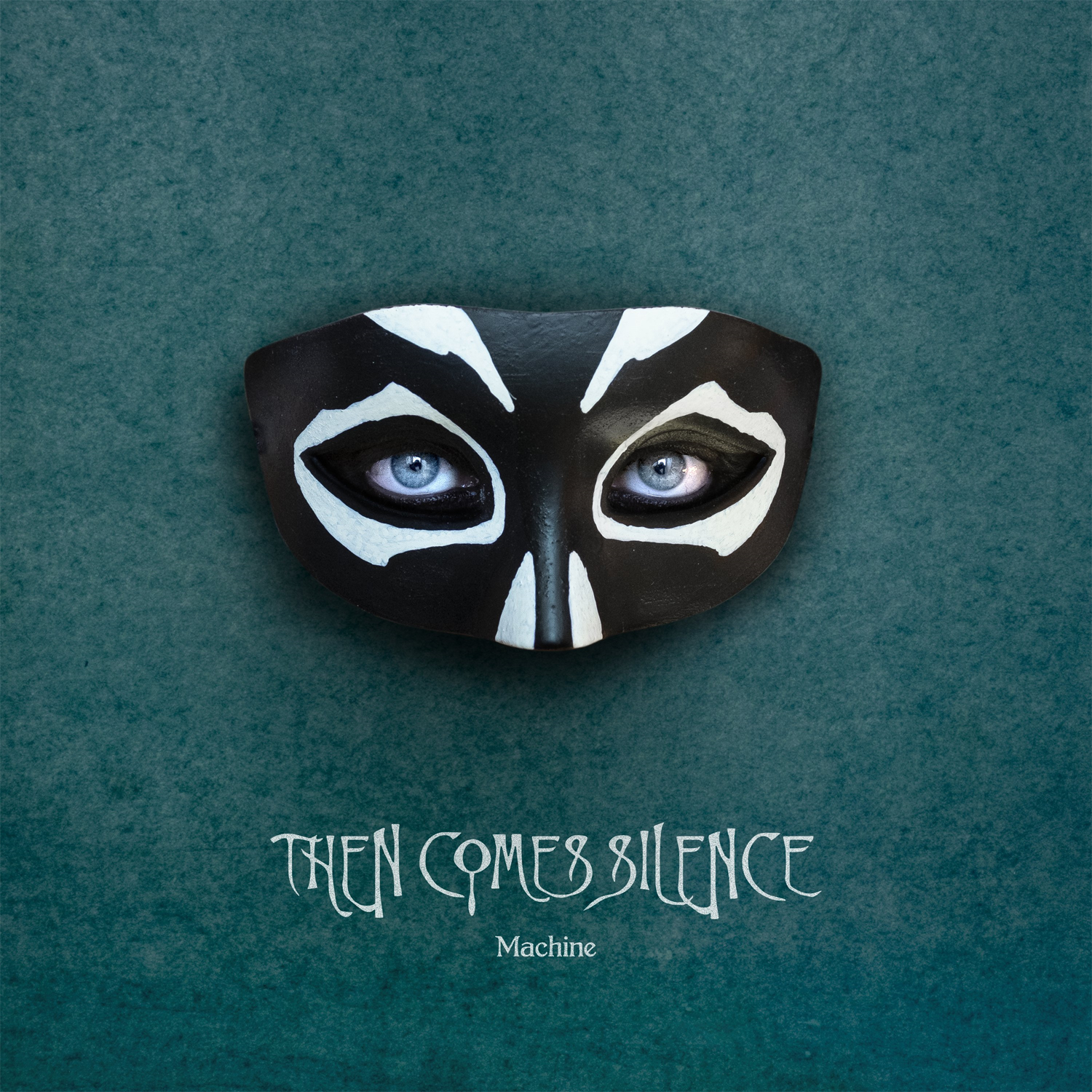 Death is the only certainty in life.
,,True, but life can be like a game. There’s so much one can do. Follow the dream, have lots of fun on the way, eventually when it ends it will appear to just have been a long road following dreams.’’

The road to `Machine’ was one I was willing to take, no matter the obstacles I had to take.
,,Nothing can stop me from doing this. This album was the one with the most obstacles ever.’’

It’s only rock ‘n roll but I like it.
,,Uh huh, rock ‘n roll is the guiding star and it will continue to be so for me till my last day.’’ 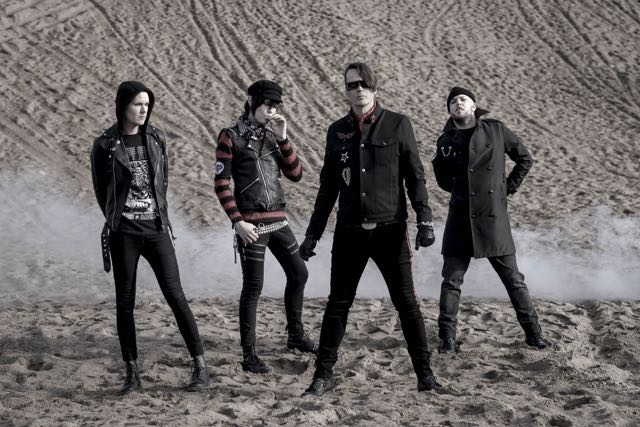 Bandcamp: they made a difference.
,,Maybe, but for Then Comes Silence their service has mostly been a platform of administration to sell our merchandise. We’ve never really cooperated with them. If it weren’t for them, then there would most likely be another equal platform that works as well. I think Bandsintown, Facebook and Spotify have been more helpful in offering their services.’’

It is a long way to the top.
,,And it’s constantly extending like a telescope. I don’t want to sound bitter or cynical, but the effort we and other artists put in this is enormous in comparison to the payback and feedback. That’s for sure. Having said that, we have an obligation and a mission to fulfil. We can’t stop now when we’ve come so far.’’

The world couldn’t be more apocalyptic right now.
,,I believe it’s been apocalyptic from day one. There’s always been something frightening about civilizations. They can end in a finger snap. The instinct of survival triggers the fear of an ending.’’