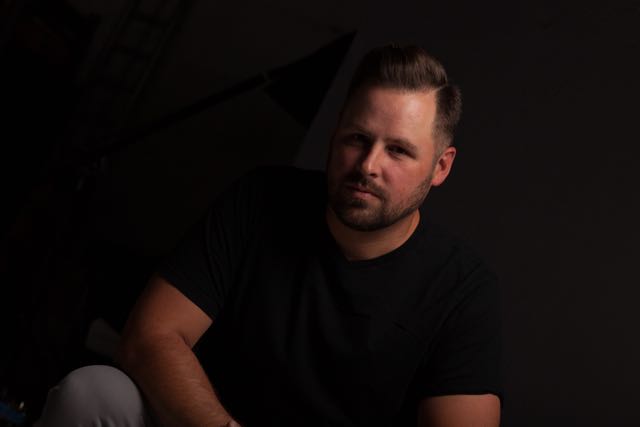 Storming the ranks as one of melodic rock’s most impressive voices, with soul and power, Toby Hitchcock has established his name over the last decade firmly. Being discovered by Survivor’s Jim Peterik, he was able to mature as an artist under the wings of one of rock’s finest songwriters and musicians. Before launching his first solo album `Mercury’s Down’ in 2011, recently followed by its predecessor `Reckoning’, Hitchcock took the helm at Peterik’s Pride Of Lions, the band that appeared to initiate the rise of good old radio friendly hard rock. It marked his path and with two consecutive solo albums released, it is time for HeadBangers LifeStyle to reach out to one of rock’s most charismatic voices and find out more about his career and new album `Reckoning’. 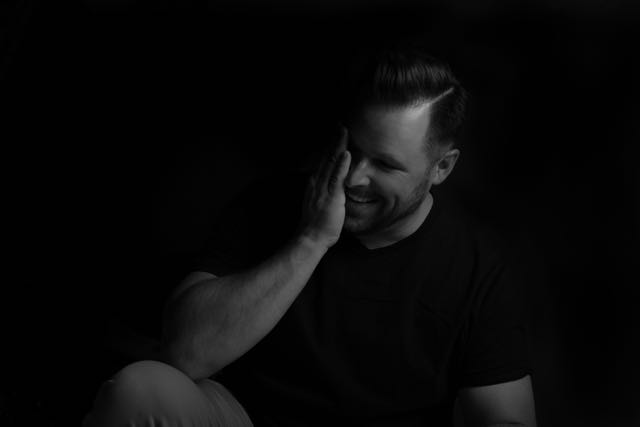 After all these years as the vocalist of Pride Of Lions, how different was it to start up a solo career?
,,It’s great! It gives me the opportunity to really focus on my personal style, on create vocals that have a deep-rooted meaning to me.’’

In between all the gaps, aren’t you boiling with inspiration, and how tough is it to not have a constant streak of recording and touring?
,,It’s not tough at all for me. Simply because I am a very busy man. I own a full time production studio and I have a wife and 3 children. We stay very busy. I am in music because I love it… not because I am trying to make a lot of money.’’

How did you find the right team to lift off your first solo record `Mercury’s Down’?
,,That was easy. Frontiers Records played a significant role in how it all comes together. They connect the dots and that allows me to focus on the music and not so much the business side.’’

How was it to record and write with Erik Martensson?
,,I do not really write. That’s not my thing. However, working with Erik was great. He’s an amazing musician. I hope to work again with him someday.’’

How big was your input, this album being your first solo effort?
,,Most of my input was related to my vocals…not so much anything else. Erik handled all of the other things.’’ 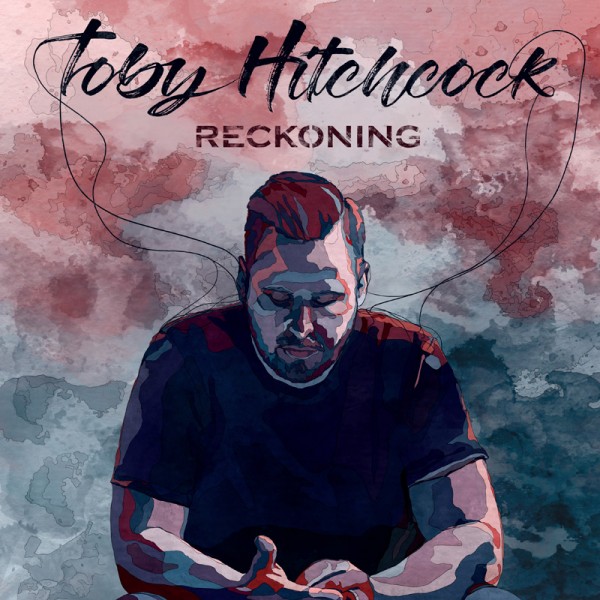 With Toby stating he is solely responsible for the vocal content, he follows the path of his Pride Of Lions days with Peterik. With a songwriter crafting the tunes, Hitchcock is lending his vocal talents to colour the musical palette created by the songwriter. It also explains the difference in music between the first album and `Reckoning’, shaped into form by Daniel Flores. What remains is the question how different it is to work with Jim Peterik?
,,Yes, simply because when working with Jim, I am able to be in the studio WITH him. With my solo records, I have recorded in my own studio and I send the stems to the producers. We have some chats and emails and such, but it is very different for sure.’’

How was the response to your decision to chase a solo career upon the first album?
,,I felt like the fans really loved my first record. And I truly hope they love my second album even more. So far everything is looking good.’’

With `Reckoning’ being released, how does the market react to your second album?
,,As I stated before, I think it has been very well received!’’

How different was it to work with Daniel Flores?
,,Not much different. It was very similar to working with Erik on the first solo album.’’

How much did he guide you musically and melody wise?
,,Not too much actually. I have my own interpretation of the songs, and he allowed me to really do my own thing.’’

`Reckoning’ is differing quite a lot from `Mercury’s Down’, what’s your take?
,,They are different. Different producers. So it makes sense that it’s different. But it’s still me singing…and I really enjoyed it!’’ 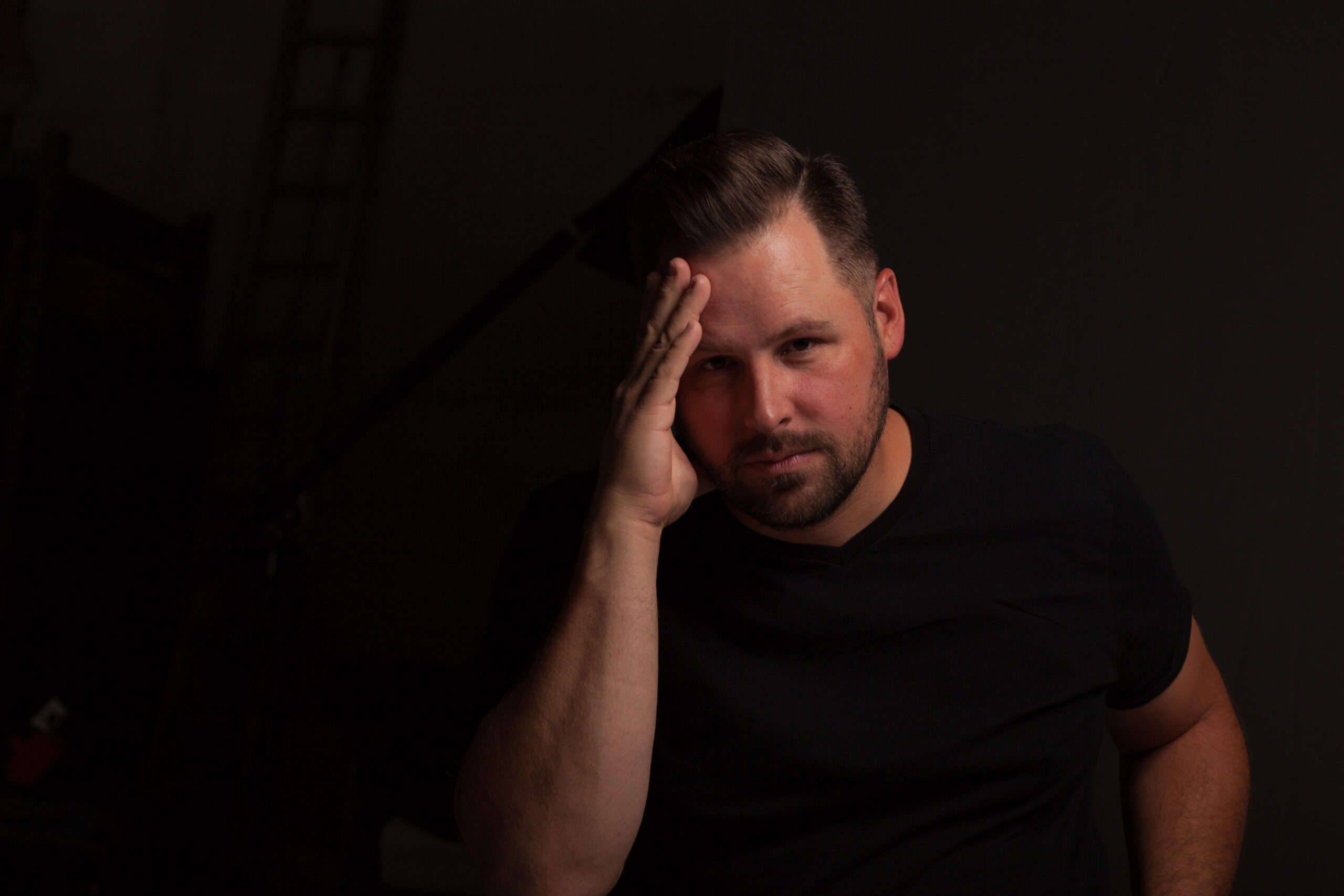 `Mercury’s Down’ introduced a more direct and harder, though very melodic, side of Mr. Hitchcock, as where `Reckoning’ lines up netter to your POL past. It is more melodic and pompous, typical for Flores’ style. How do you look onto both albums?
,,You know, honestly I do not spend time categorizing things in that way. When I am given songs to sing, I live with them and practice and come up with my own way of performing them. Self-producing my vocals is really something I love to do. I know what I am capable of, and I push myself to get the best performance possible.’’

This varied style is held together by your strong vocal performances, and is typical Toby Hitchcock. But these nuances in music are they a natural evolution or are it gelled from the cooperation with other writers perhaps?
,,Definitely a natural evolution. I just sing. It’s really that simple. I feel the song and just perform it.’’

`Reckoning’ suits you better [my opinion], what do you think?
,,Again, I’m not really focused on that. I sing what I feel. Some may say it better suits me, but I’m really not a picky vocalist who will only do one style or genre. I love to sing and that’s what I do.’’

Lessons learned?
,,Not really anything specific. Life is full of experiences. I embrace those experiences and learn things every single day.’’

How challenging will be it to shake off the Pride of Lions aura and pursue a solo career alongside. With Toby’s typical echoing voice and wide range, he is a binding factor in music. His vocals gel Pride Of Lions together with both of his solo efforts easily. Yet musically there are differences, and I wonder how the Pride Of Lions fan base responds to these minor differences and whether or not it is challenging to attract them and satisfy their high demands?
,,It’s not challenging to me. If someone likes POL more than my solo stuff, that’s fine. I’m not concerned. Everyone has his or her opinions and such. I’m just here to do what I love.’’

Who are your main influences as a vocalist?
,,There are too many to name honestly. But in this genre, it would be Steve Perry [Journey], Jimi Jamison [Survivor, Target], Bobby Kimball [Toto], Steven Tyler [Aerosmith], Sting, etc. I love all music…all styles.’’ 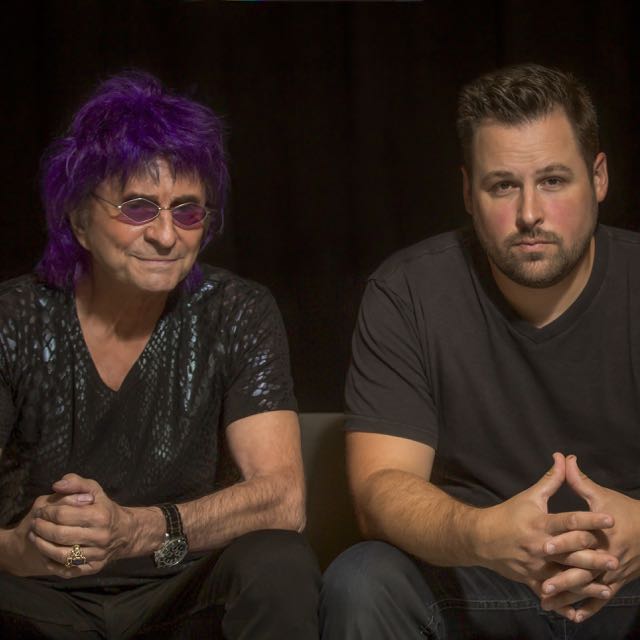 Unlike many of his genre mates, Toby’s voice wasn’t discovered on a demo tape or as a performer of a rock band. His upbringing and musical schooling grips a lot deeper, as his family evolves around music. From southern gospel on to Sinatra’s deep toned crooners, Hitchcock was exposed to the widest variety of artists, all adding to his vocalic backbone and sincere timbre. Working together with his sister Tori, who also featured on the POL album `Roaring Of Dreams’, he sided with great vocalists indulging his own capacities. As one of the key voices of the prestigious Varsity Singers, to later shine in the Chicago area as one of the frontrunners of H.Y.P.E Productions agency. His radiating performances struck the hearts of many, as he did from his church choir days onwards. It is a story not often heard, but it matches his friendly and positive character and stage presence. As we later find out, it also impacts on his love for this particular genre.

You sung in church choirs prior to your Pride Of Lions days. The same story as Philip Bardowell. How many of those awesome voices aren’t discovered yet?
,,There are so many amazing singers and musicians that haven’t been discovered. The music industry is very tough to break into. Not only that, but since streaming and online p2p file sharing has come around, the financial side has suffered. So there isn’t as much of an interest in that…that’s why I don’t do it for the money. I do it for the love of music.’’

Which albums made you decide to get into rock music?
,,It was more of an opportunity than a specific choice. I didn’t really get to listen to much rock in the 80’s due to my upbringing. But after the first POL record, I fell in love with the positive message of AOR.’’

Never get bored of singing all those rock classics from Peterik’s pen?
,,Not at all! Ever. Every time I am able to sing one of his amazing songs, I feel blessed!’’

And, when will you start taking the mic at Pride Of Lions again?
,,I’m sure we will be working on something soon!’’

Anything planned for the future with the band?
,,I hope to be able to do a little touring in Europe this year. It really boils down to promoters contacting me to make arrangements. I would love to sing live more often! THANK YOU EDWIN!’’
—
Toby Hitchcock Facebook here
Headerphoto by Mitch Ellis – BLK-PXL Studios