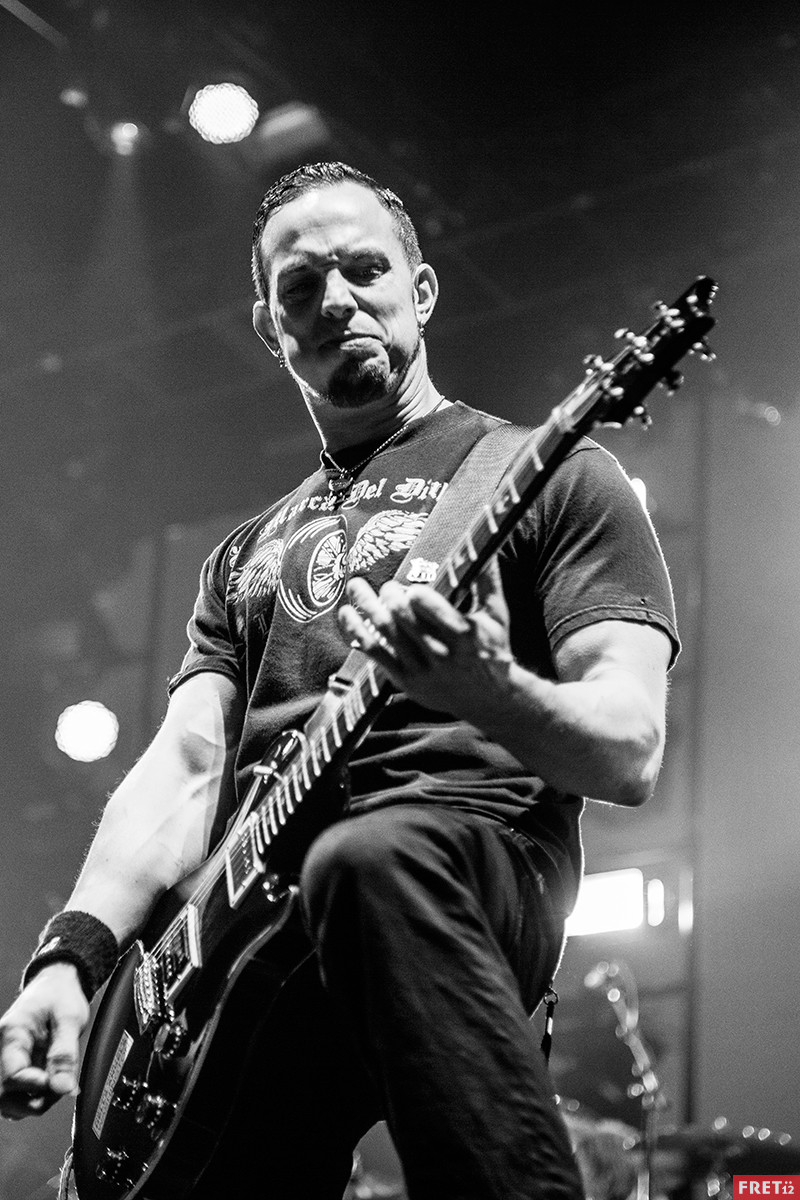 Mark Tremonti has a musical back catalogue to be proud of, with Creed, Alter Bridge and his own band Tremonti. He takes some time between the final recordings of Alter Bridge’s fifth album to talk with HeadBangers LifeStyle about his own latest album ‘Dust’, Fret12 and his upcoming festival/headliner club tour in Europe that will start the end of May. 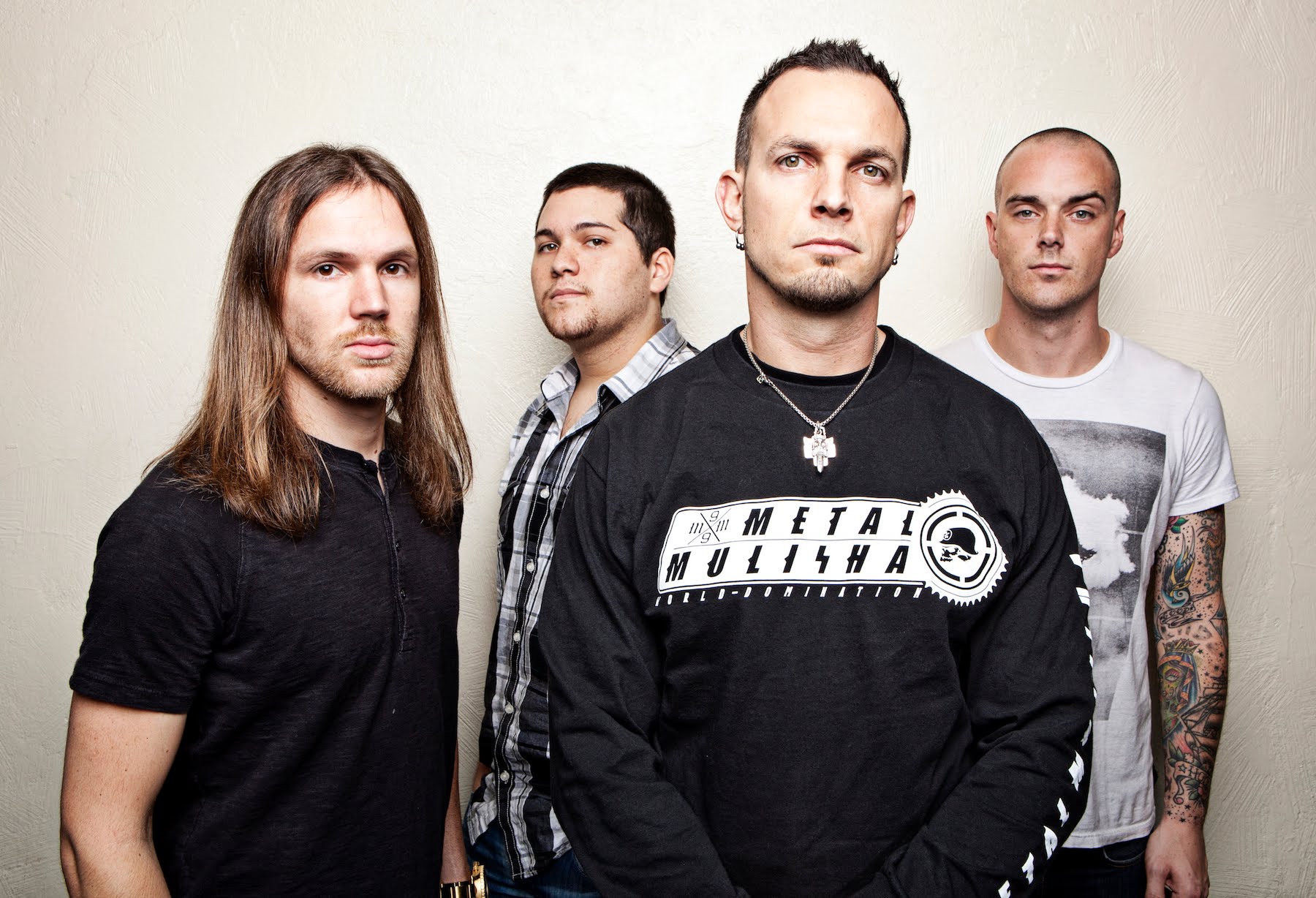 Hi Mark, you promoted ‘Cauterize’ with a full European tour last year, for ‘Dust’ you focus on the festivals and some headline club shows and that’s it. Is it due lack of time?
,,No, every time we go to Europe we tour for about 4 or 5 weeks so this is normal.’’
Festival shows and club shows are two very different things, different playing times and circumstances. How will you prepare for that?
,,We make different setlists and although it is easier sometimes to do the shorter sets it is harder to get proper sound and set up time but that’s all part of the game.’’
Will you focus on ‘Dust’ at the festivals?
,,Not so much on ‘Dust’ as well on the more energetic material while doing festivals. It doesn’t matter what album they are off. When you play on the middle of the day you want to keep the energy up.’’
For the outsider it looks as if you’re going twice the speed with Tremonti as compared with Alter Bridge with recording and releasing albums plus the touring. Is there so much you had to get out of your system?
,,The Tremonti band started for me to initially get a lot out of my system as a song writer so it’s great to have that outlet.’’
Do you have a never ending stream of ideas?
,,It’s all I love to do. It still is my biggest passion so I continuously write and I have a lot of ideas that I don’t want to see go to waste.’’
Does writing for Tremonti need another mindset as opposed to writing for Alter Bridge?
,,Some of the Tremonti stuff is a lot heavier than Alter Bridge stuff, not all of it but a good portion of it. However, that doesn’t mean I do need a different mindset, writing a song is writing a song.’’
Do you write songs first and then decide whether it’s for Tremonti or Alter Bridge?
,,When it comes time to put together a record, whether be it for Tremonti or Alter Bridge, I’ll just go through all my best parts I collected and recorded and see what’s gonna fit the best for that moment in time for which band.’’
‘Cauterize’ and ‘Dust’ are both from the same sessions, same vibe, same high quality songs. Did waiting for the release for more than a year cause any doubts, because you had a year to think about it?
,,We’re always very excited to put it out. It’s been tough to leave some of my favourite songs on the second record, I wanted them both to be strong and have the same pace so it was tough to sit on these tunes for ten months but I never had any doubts.’’
In an earlier interview with HBLS you said you are constantly learning new things to challenge yourself as a musician and a songwriter. How does that work?
,,I just try to incorporate as many new ideas as I can, try to experiment with new guitar tunings or polyrhythms, just different approaches as much as I can. This is the eleventh album I’ve put out and you constantly try to grow and introduce new styles into your music so you don’t repeat yourself.’’ 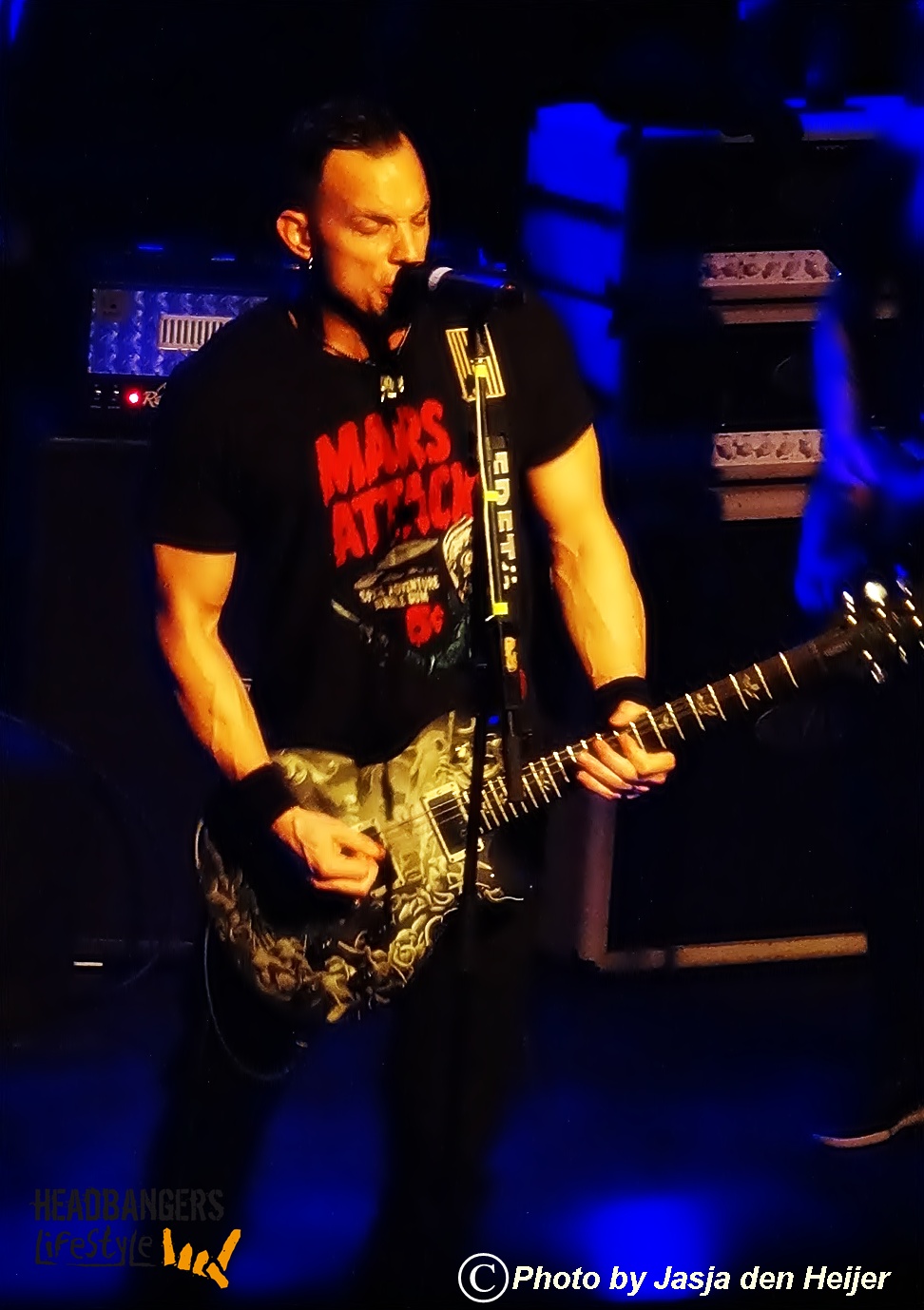 Who are your main influences as a songwriter?
,,I don’t really think I have influences as a song writer. Since I was a very young kid I kinda went into my very own world and tried to write my own thing. I’m sure subconsciously people got in the back of my mind. I grew up listening to seventies soft rock in the back of mum and dad’s car. People like Gerry Rafferty, Rod Stewart, Seals & Croft, I love that kind of music but then I became a heavy metal fan and I think my songwriting just became a combination of that melodic seventies style mixed with the Bay Area speed metal movement.’’
What are the ingredients for a good song?
,,I think the melody is by far the top ingredient. It’s got to have a motion in it, it has to be emotionally uplifting or take you to a dark place, it has to make you feel.’’
Are you thinking already about the next Tremonti album?
,,Right now I’m just finalizing the new Alter Bridge album. After that’s done I’ll be on to the next Tremonti record.’’
Talking about the fifth Alter Bridge album that will be released later this year. What is the situation on that one?
,,I’m actually hoping to finalize my final tracking shortly. I’m meeting Myles in the studio to see if there’s any last touches we need to put in there and then we’re done and on to the mixing.’’
Does it have a title yet?
,,No title as of yet.’’
Can we expect influences from Myles’ time with Slash and influences from your solo albums?
,,We always bring on whatever influences we have, we’re always learning new things and bringing them to the table every time we get back together.’’
You are a very busy person. Together with your brother Daniel you started Fret12 in 2008. An online musician’s community, production company and record label. What was the idea behind that?
,,It began when my brother asked me why I didn’t do a guitar instructional dvd to a higher quality production wise than the usual videos. A lot of times usually people sit in front of a green screen saying this is exercise one, this is exercise two and they start. For me that’s not boring because I am a guitar player but for a normal person… We wanted to create something that a fan, who wasn’t even a guitar player, could appreciate so we created a documentary/instructional product. And then other artists followed and it became a place where musicians sold their instruments, where every time bands came through Chicago, Fret12 would get more interviews, more information, more live videos and it became a musicians hub.’’
What is your involvement with Fret12 nowadays?
,,It’s our record label for the band so I am in contact with Tim (Tournier, -RW) and my brother almost every day either talking about the Tremonti album or upcoming artists that sign with Fret 12. The highest profile artist we’ve ever had just signed up but I can’t tell you the name because they are putting together the business side of things as we speak.’’
What advice would you give to kids who want to become a musician as well?
,,Follow your passions. I would say: really focus on song writing because there are a lot of great musicians out there but the song writers are the ones that the musicians flock to. They keep the songs flowing. I’ve seen hundreds of musicians that are far superior to me or a lot of my friends but if they are not song writers they are looking for gigs, you know.’’
—
Check out TREMONTI’s Official Facebook page
(Header photo taken from FRET12 website, photo by Chuck Brueckmann) 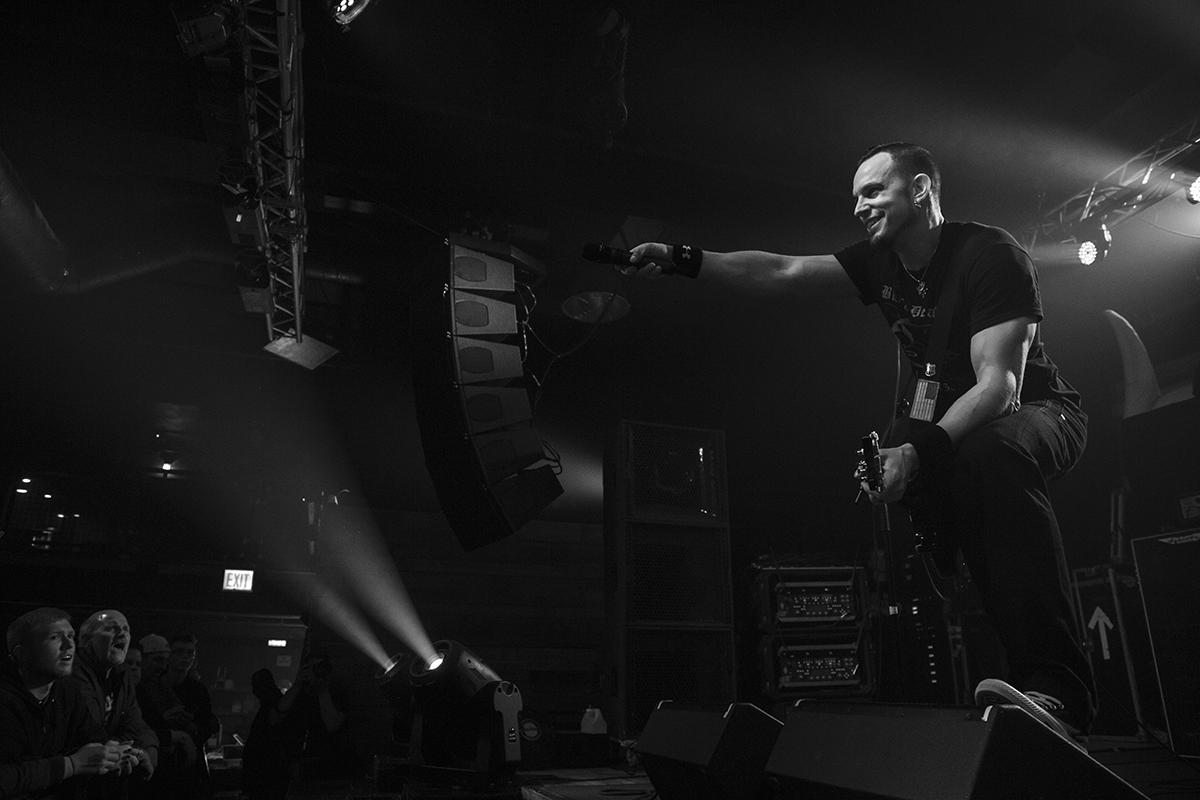