TWO OF A KIND 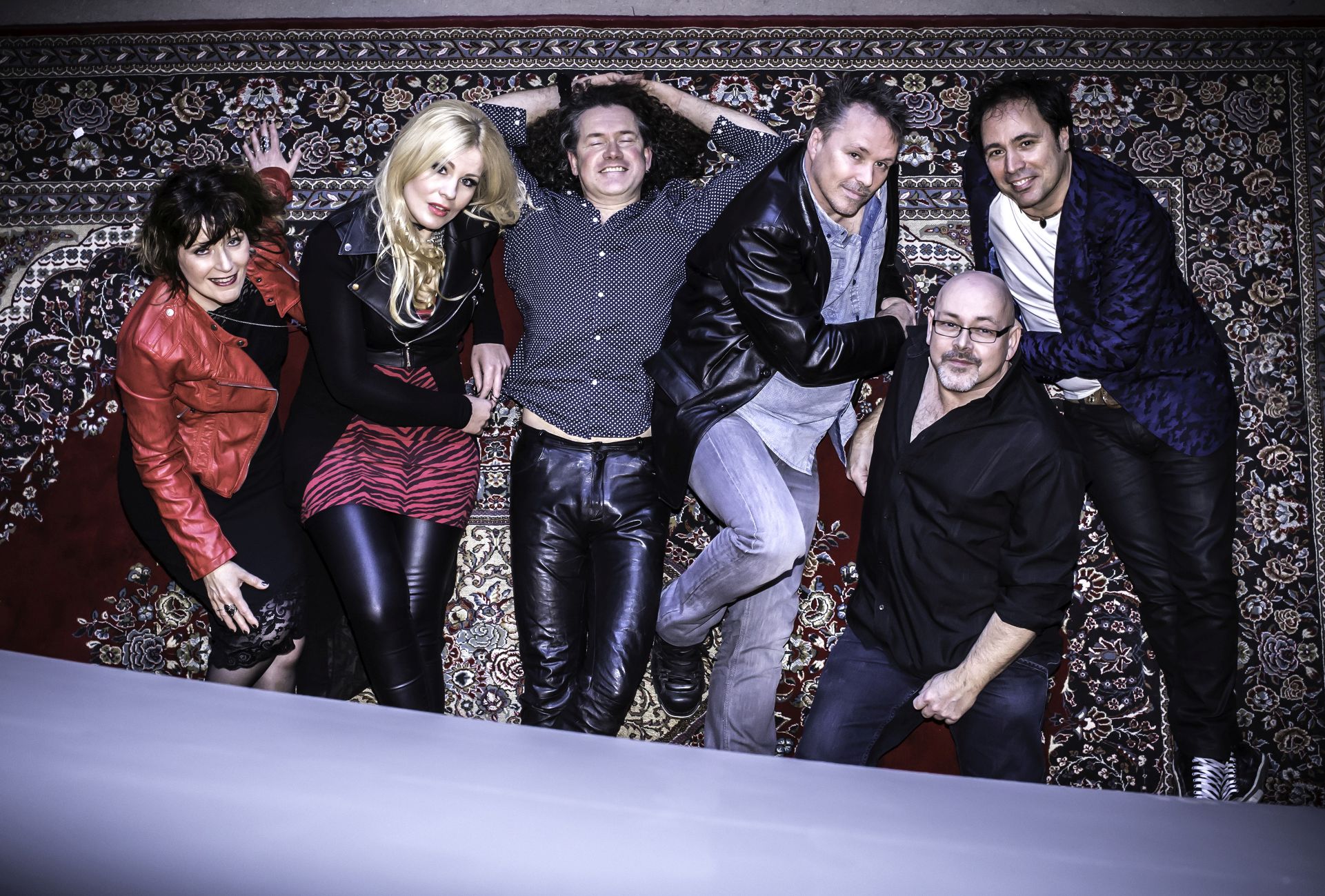 TWO OF A KIND

,,We have never played together as a band''

One of the better albums of 2018 was ‘Rise’ by Dutch melodic rock band TWO OF A KIND. The project is the brainchild of composer, bassist, producer Fred Hendrix, known from the band TERRA NOVA. Hendrix submitted the plan for a new band with a great melodic rock edge in the style of BOSTON meets HEART style to Frontiers, who liked the material and signed the band in late 2005. Recording of the self-titled debut album was completed during the Summer of 2006 with Fred’s TERRA NOVA bandmates Gesuino Derosas [guitar], Hans in’t Zandt [drums], and Fred’s brother Ron Hendrix [keyboards] joining the proceedings. The self-titled debut album was released in 2007. 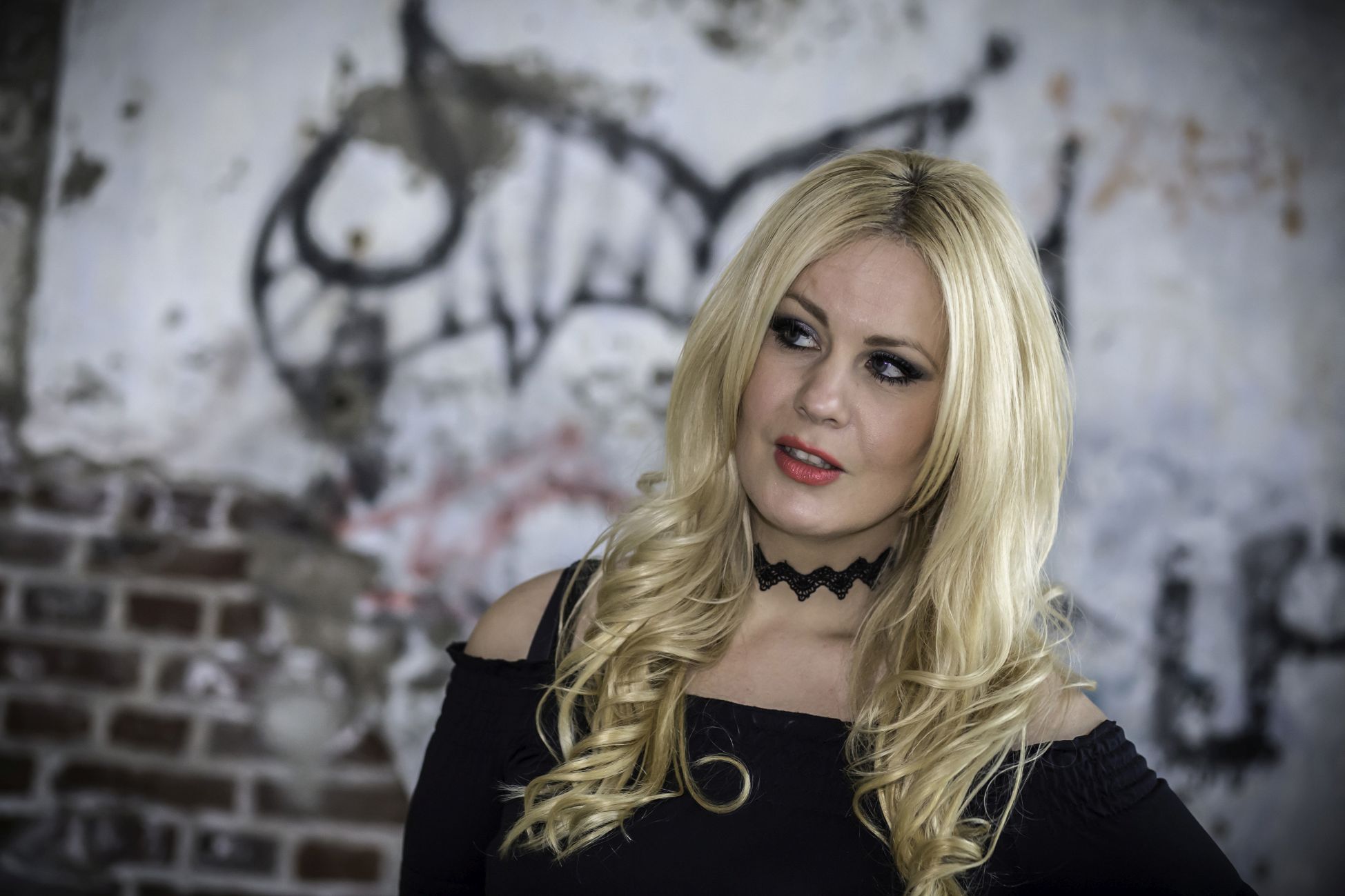 TWO OF A KIND singer Esther Brouns
It took Hendrix and TWO OF A KIND eleven years to come up with a second album ‘Rise’. HeadBangers LifeStyle contacted Esther Brouns who, together with Anita Craenmehr, is one of the singers of the band.

Did she ever think they would make a second album?
,,No I didn’t expect it really. In the beginning maybe but definitely not after 11 years. So when I received a phone call from Fred I was surprised but immediately said yes.’’

Where you allowed to bring in your own ideas as well or was everything already finished, song wise?
,,We followed the same process as with the first album. Fred wrote the songs and when I entered the studio I had the chance to bring in my own input. There might have been made some small changes in the lyrics and melody lines but basically it was all finished.’’

How was decided who sings what?
,,That was also already decided by Fred but it all goes very organic. It starts with a clean recording, guitars, melody line by Fred, so in the beginning it is trying to get the song, to make it your own, but that’s the challenge.’’ 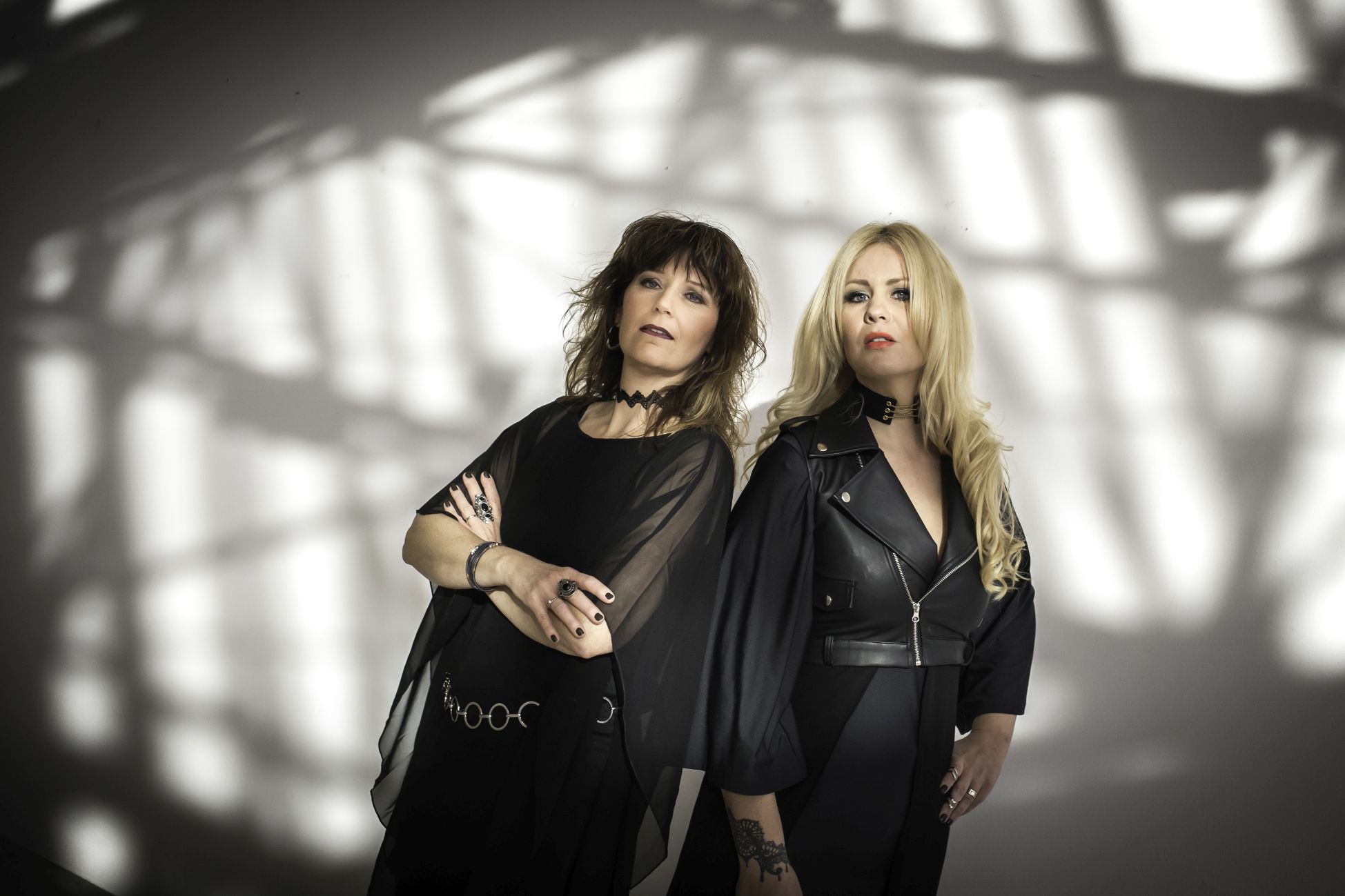 Anita Craenmehr and Esther Brouns
Did Anita and you push and encourage each other in the studio or wasn’t that the case?
,,We haven’t seen each other because it was all done in different, separate studio sessions. What you do hear is the different layers in the choruses so than you know what the other is doing. I don’t think that’s a bad thing because that way you can totally concentrate on your vocals.’’

Is TWO OF A KIND still a project?
,,Yes, it is. We have never played together as a band on a stage. That would be great though. We have recorded two video clips and they are a nice bunch of people. Even during the making of the video you get the energy from them which would work great on stage.’’

Which song was the biggest challenge for you vocal wise?
,,Probably ,,Here Is The Now’’, because it was the first song I recorded. It is the longest track, with a bridge, chorus, couplet and it has to stay interesting from the beginning until the end so I tried to achieve that. It was also one of the coolest songs to do.’’

Who are your influences as a singer?

,,I love Heart, Journey, Iron Maiden but also Abba which is still timeless. I love 80s rock but am also into country, so my influences are pretty varied.’’ 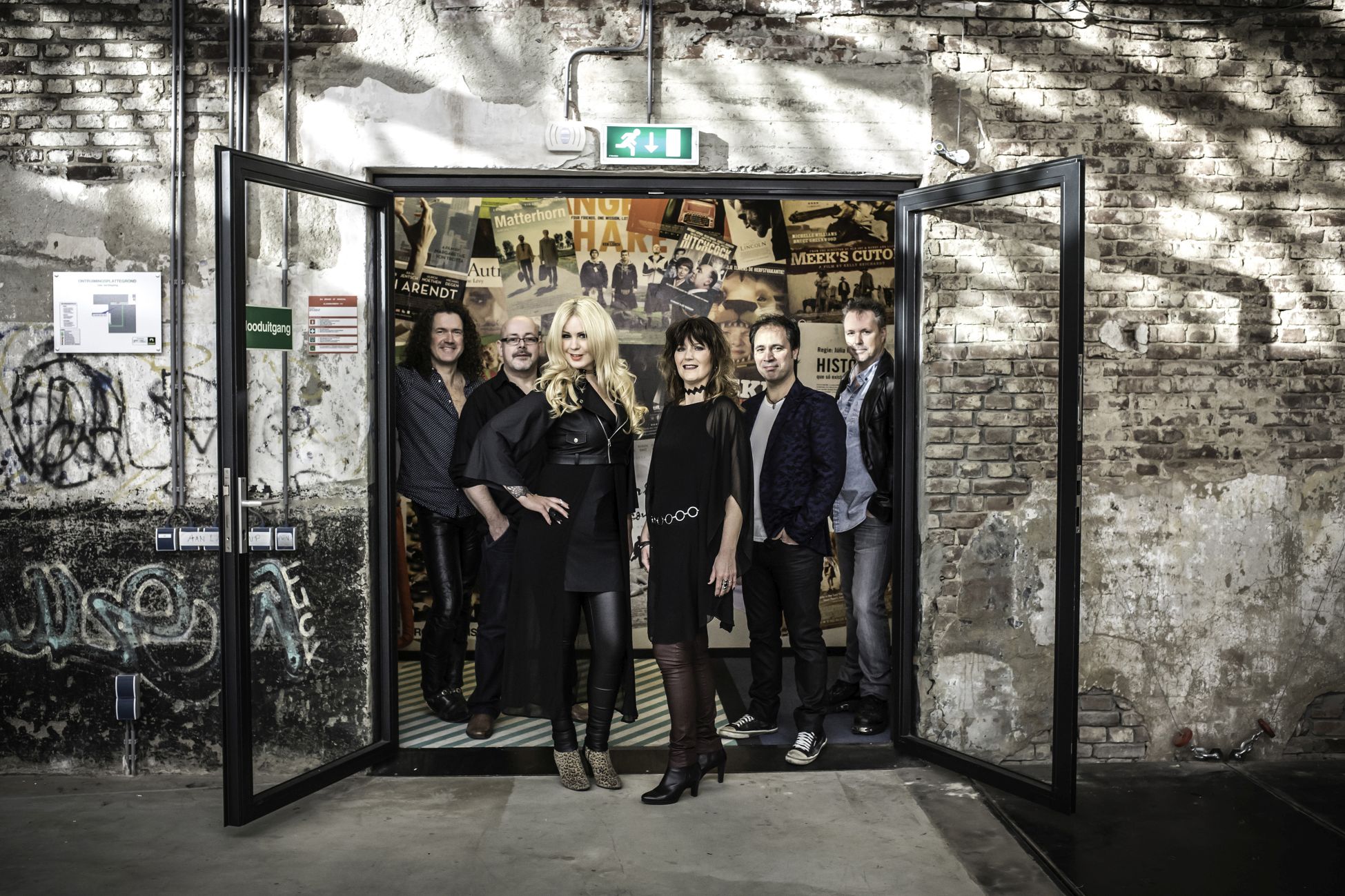 TWO OF A KIND with composer, bassist, producer Fred Hendrix far right
Are there any other bands or projects you are involved in?
,,I play in a cover band in Germany. They are called the Classic Night Band, and like the name suggests, they play classic rock. We play every second Friday of the month in a venue you can compare with ‘013’ in Tilburg [NL] and I have the chance to play my favourite music, together with three other singers. What more do you want? Every month we have a new setlist, which is great. Songs can come back but it stays fresh every time.’’

How do you prepare yourself for a show?

,,At home I remember the songs by head so there won’t be any surprises. I can’t stand it if I miss one word, even if the audience probably won’t even notice it. I prepare myself meticulously.’’ 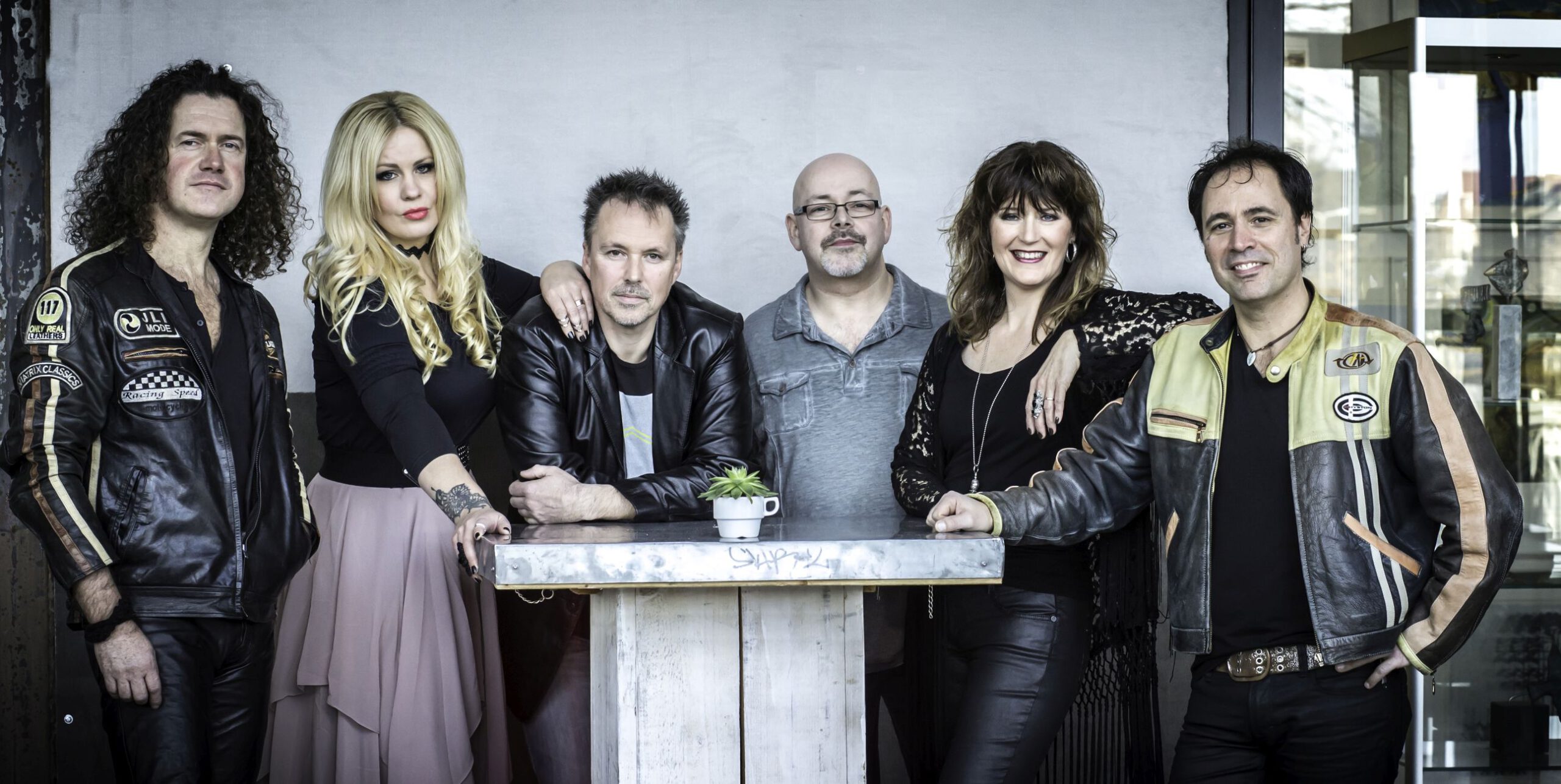 What is the last thing you do before you enter the stage?
,,I always do my vocal exercises. I am pretty relaxed, with a healthy stress level. Before we go out on stage we usually say to each other ‘’have fun’’, that’s it.’’

With what band or singer would you like to sing?

,,I would say with Journey. A duet with Arnel Pineda would be nice, or Steve Perry I wouldn’t refuse either [laughing].’’
—
All photos by: Magriet Cloudt
Follow TWO OF A KIND on Facebook.
Read the review of ‘Rise’ here
Share article