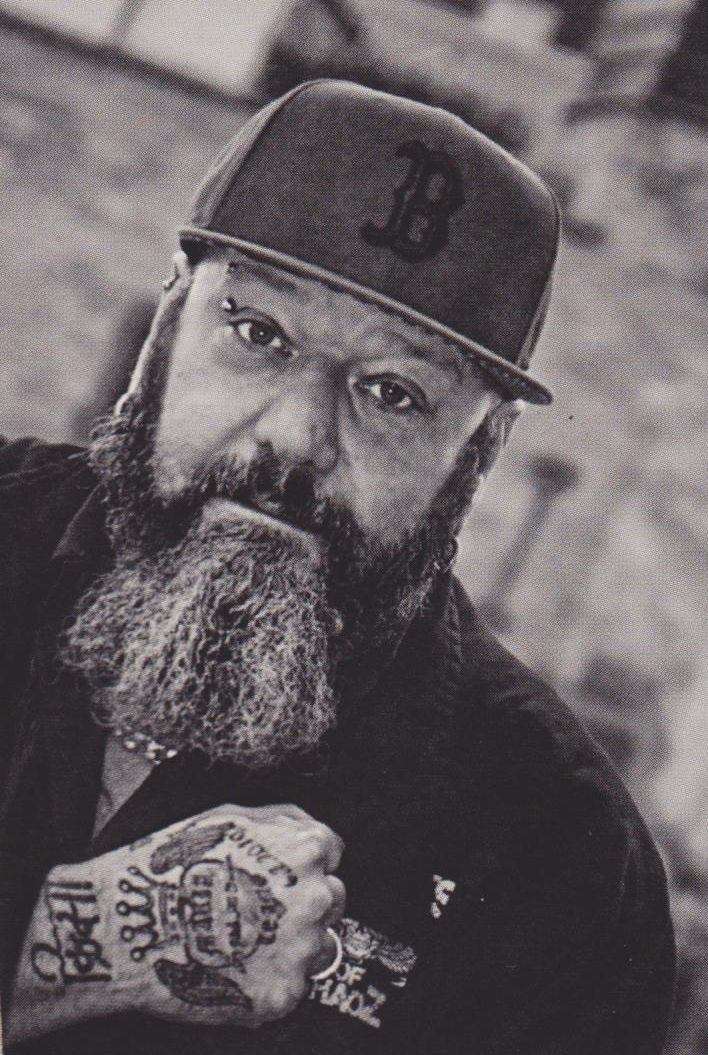 He was the singer of Iron Maiden from 1978 to 1981 and the voice on the band’s first two albums `Iron Maiden’ and `Killers’. After his departure in 1981 he continued touring and making albums as a solo artist as well as with bands like Paul Di’Anno’s Battlezone, Killers and most recently Architects Of Chaoz. He also contributed to numerous compilation and tribute albums. Time to get up close and personal with the man who survived the New Wave Of British Heavy Metal on his own terms: singer Paul Di’Anno.

How are you doing Paul?
,,Waiting for a knee replacement operation on both knees but not sure yet where to go for it and to be honest I’m a bit frightened to do it in England so maybe in Brazil, my other home or maybe India. It’s all about trusting the surgeon, you know? I’m in constant pain and on crutches but I’m not gonna cancel concerts because I can’t stand up. I went on stage with gunshot wounds and stabbed, it’s about the music anyway. Can’t clean my own house and worst of all not even ride my motorbike either. I’ve tried it but fell off the other site and burned my leg on the exhaust pipe.’’

With Architects Of Chaoz you’ve released an album with new songs. Why?
,,I wanted to do it for a long time but the problem is that I love playing live more. I have different bands around the world when I do the Iron Maiden covers and I met the German guys a couple of years back. We had the same ideas, started writing and everybody has the same responsibilities, which is great. It feels as if the weight of the world comes off my shoulders. I want to have fun, want to be free and now I am. We wrote songs between shows, recorded in a week and a half and I did my vocals in two days.’’

Have your ambitions changed over the years?
,,Oh God yes, when I was young, with Iron Maiden we didn’t know what we were doing, we were grateful going out and play music and hopefully somebody would like it. These days I’m a little more established and was hoping for a record deal which we have. I’m all excited about the album, done a good job in a short amount of time, and there’s so many different directions we can go now, I’m happy about it. I don’t like the studio so much, all being live, making music and playing live on stage what’s that’s what it’s all about for me, record making is secondary for me, always was. Two hundred and seventy-five concerts every year till two years ago than dropped down a bit or it would have killed me.’’

Besides all the new material you also decided to cover the Deep Purple track ,,Soldier Of Fortune’’. Why?
,,That was my idea, I was playing the album and love Coverdale’s voice on it, so very deep. It makes me laugh because David comes from the Northeast of England where he should have an accent like Brian Johnson from AC/DC but all of sudden he has this accented voice, a great song nonetheless. In the studio I tried to change it around because it’s in another key and it came out okay. I have the crazy idea now to cover a song I grew up with from Neil Young, David Bowie or Slade. We’ll see what happens.’’

You were part of the New Wave Of British Heavy Metal. How did that influence you?
,,Without Iron Maiden nobody would have known who I was. It was a great, fantastic time, we were different from everybody else. Don’t know what the secret was, if I knew that I would be a fuckin’ millionaire.’’ 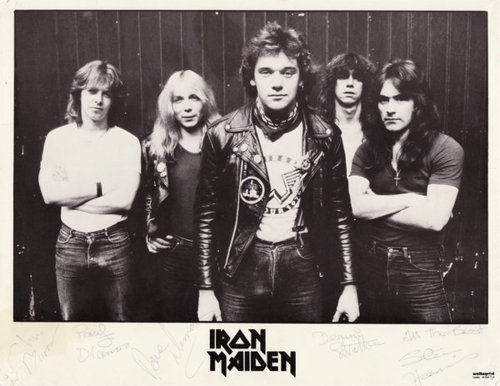 You’re not?
,,Not anymore, I’ve been married five times, haha.’’

What advice would you give the younger generation?
,,First and foremost, write songs for yourself and hopefully other people like it as well and it is great fun trying. It has given me everything, a lot of heartache but a lot of good stuff as well. Always that yin and yang thing. Right now it’s all into balance.’’

Did you always have to compete with the big success you had with Iron Maiden?
,,Oh bloody yeahhh, never not going on stage and not play an Iron Maiden song. I’ve tried that in the early nineties in America. Not one song and everybody started complaining, now it’s the other way around. Please yourself first than you know you’re doing it for the real reason and hope the fans like it. If you write and play songs just to please the fans you’re in the wrong fuckin’ business. I got into it for the love of music and still am.’’ 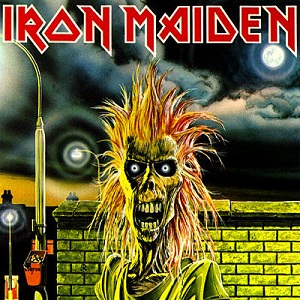 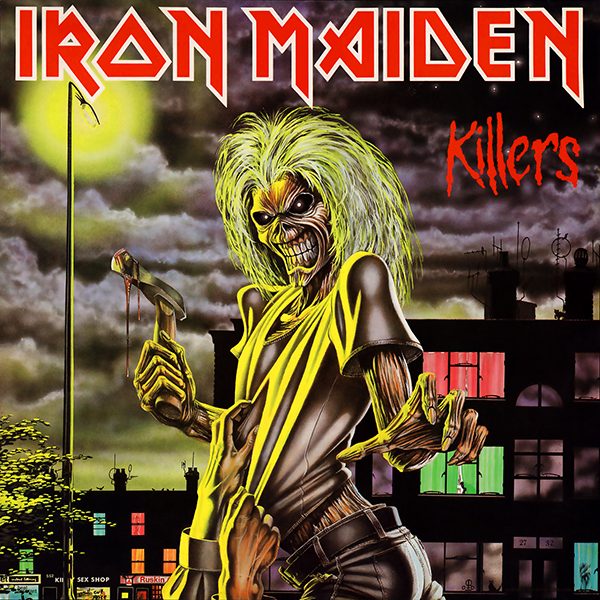 What would ‘ve become of you if not a musician?
,,Haha, I’ll probably be dead or back in prison for sure. I came from the streets and still got that in my heart and soul, I haven’t changed that much.’’

Do you have any regrets? Things you’d do different with the knowledge of today?
,,Haha, I thought about that a lot. Certain things in my private life yes, in music no. Life’s too short for regrets. Things that gone wrong are still part of your life’s journey. It was stupid and not clever, still sad although happened almost 30 years ago.’’

Is being an artist work or a lifestyle?
,,Oh it’s a lifestyle for sure, listen….you get paid to play in front of people all over the world that’s no fuckin’ work. Work is somebody diggin’ up the streets or cleaning toilets. Basically, we work hard on stage for two hours of each day and that is fantastic! All the other is boring crap…my life is flying, hotel, interviews, sound check, show and usually I’m exhausted after that. Hotel, shower, eating because I can’t do that before a show, quick word with my kids and the wife in America, next thing you know it’s three o’clock at night and you have to be up at seven again so I’m always tired. However, when I’m home for two weeks I get bored out my fuckin’ mind, haha.’’

What is your proudest moment?
,,My kids being born. Regarding music, every day is a proud moment. The fans have given me this fantastic opportunity to play and I won’t let them down.’’

Do you have a to-do or bucket list?
,,Haha, yeah, I’d like seeing my oldest son getting married and I want to be a granddad but I don’t see that happen, haha. My little boy and me are trying to build a trike. He is fourteen years old and he designs it but keeps changing his mind. I do one in England and one in America. Other than that I want to make a few more good records before I die and I need to tour as much as I need to breathe. If not I get bored and do stupid things.’’

Could you live without the adoration of the audience?
,,Absolutely, we don’t have that kind of relationship, we’re all like friends. Fans of mine come up to me after a show and say ,,Hey Paul, you sang like shit today’’ and that’s cool. I don’t see fans of Bruce Dickinson or Rob Halford do that but I think it’s normal. I have a slightly different relationship with a lot of the fans. My problem is that I’m just too normal, haha.’’

Is ‘being normal’ the reason you’re still around?
,,Haha, could be, or I’m just too stupid. I’ve been given a great opportunity and try not to abuse that, try not to abuse the trust and loyalty of the fans. I won’t cancel concerts although I’m in constant pain. It’s a pleasure to hang out with the fans after the shows…an absolute pleasure. ,,Children Of Madness’’ the title track of Paul Di’Anno’s Battlezone’s second album is dedicated to the fans worldwide always and my way of thanking them for everything I have.’’