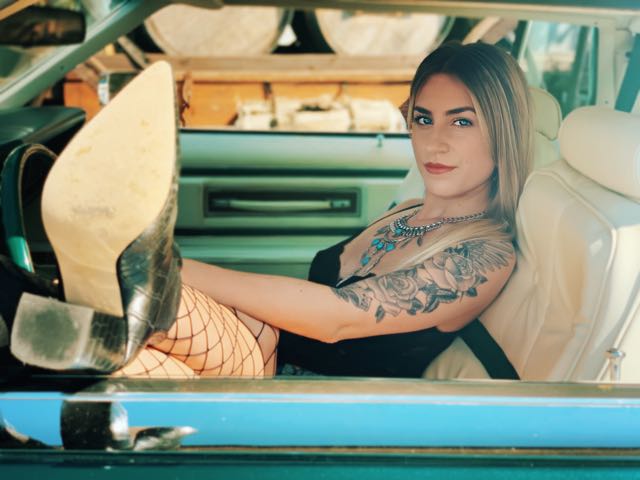 Yes, this is an E-zine that has its main focus on the hard rock, heavy metal genre and its lifestyle, but sometimes an opportunity comes along. An invitation to take a closer look over the fence to see what’s going on on the other side. In this case German rocker Michael Voss, who claimed fame as frontman of Mad Max and extended his career as a successful producer and songwriter [Michael Schenker, a.o.], let us know he had produced an album with a young German singer named Van De Forst. This badass looking “fraulein” happens to sing laid-back pop music with a strong country appeal and surprisingly she also already worked with various “hotshots” in the business. Van’s new, second album `Unconditional’ contains accessible songs, in which she presents herself as a confident singer with a very pleasant vocal sound and timbre. Like in rock music also the guitar has a prominent role in her songs and the variation goes from steel guitar, acoustic guitar till the roaring electric six string and it seems we can hear Michael Voss’s rockin’ roots come to the surface once in a while. I can’t say that I am a pop country expert, but to me it is obvious that this album is made with passion and dedication, just like our own rock and metal gods do for decades. Just out of curiosity I decided to ask Van De Forst a few questions about the connection with Michael Voss and to see if things are really that different on the other side of the heavy metal fence. 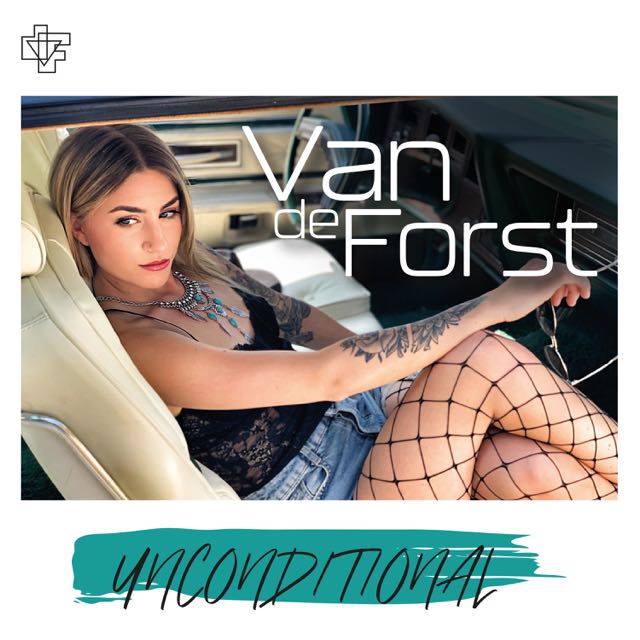 In 2016 Van De Forst released her debut `Lucky’, so how did this young musician from Münster (Germany) manage to work with songwriters who contributed to Bon Jovi and John Parr, for her first album and after the release being invited to do support shows for household names Bonnie Tyler and Michael Bolton? Also on the new album `Unconditional’ for instance bass players Hugh McDonald (Bon Jovi), Ed Poole (Bonny Tyler), Mark Hill (Keith Urban) and steel guitarist Bruce Bouton (Garth Brooks and Kenny Rogers) are present. What’s the story here?
,,Let me first say it is a real big privilege for me to work with such amazing songwriters and musicians and to open shows for these big artists I admire since I was young. Michael Voss plays a decisive role because he is working with all of these musicians on different projects and after connecting us to each other one thing leads to another. Music connects people… I am also very happy that I met some of them when I played live shows. For example Ed Poole on the Bonnie Tyler tour or Alen Brentini while I opened the station tour for Andreas Gabalier. We made friends and we are still in contact.’’

What kind of energy were you looking for when writing and recording the songs for `Unconditional’?
,,My debut album `Lucky‘, which was released in 2016, was a whole new thing for me and I had my first experience recording songs in a studio at all. After 5 years I’ve gained so many experiences and feeling more self-confident, we wanted to show this kind of strength and power on the new album.’’

Why did you choose to work with Michael Voss, who made fame mostly in the rock/metal community, and not fly to Nashville the heart of country rock/pop to make the album there?
,,Michael and I know each other for a long time now and we’re working very close together. For me, the most important thing is to have a good vibe when creating music. He knows exactly how to push my potential and for me he is one of the best producers and musicians and I just love working with him. Also, I think you don’t have to live in Nashville to understand the music over there, and he does.’’ 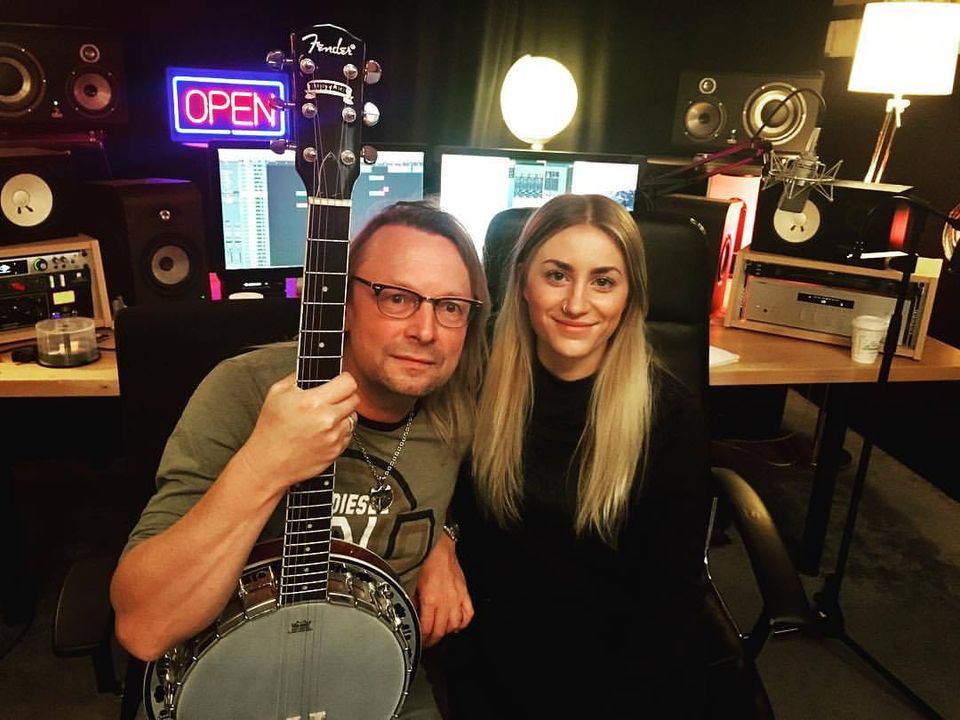 What influence did Michael’s experience have on your song writing, performance and the end result of `Unconditional’?
,,Michael is such a great artist and he started his music career a long time ago, so he is a big idol. Because of his long time experiences in the music business he knows a lot and knows how things work. He is like a mentor, who I learn a lot from. He gives me advice and I trust him when he wants to change something or thinks that something could work better in a different way.’’

Did you also figure out what his signature or magic is as a producer?
,,It definitely is magic so I let him keep it as a secret [smiling]. I know that he puts his heart and soul in every project he is working on and he brings out the best in every song and artist.’’

Is it important to you, as a multi instrumentalist and singer, to be very active involved in the technical side of making an album?
,,Of course I want to be involved and I am always interested in the whole process of an album. But with Michael by my side as the best producer I could ever image, I know that he is doing his best and everything is working out in the end in the right way.’’

You have also performed live with Michael. While working with him on different levels, what has been his most useful advise?
,,His most useful advise is to always be the best version of myself and to be self-confident and to have fun and enjoy the moment while I’m up on stage.’’ 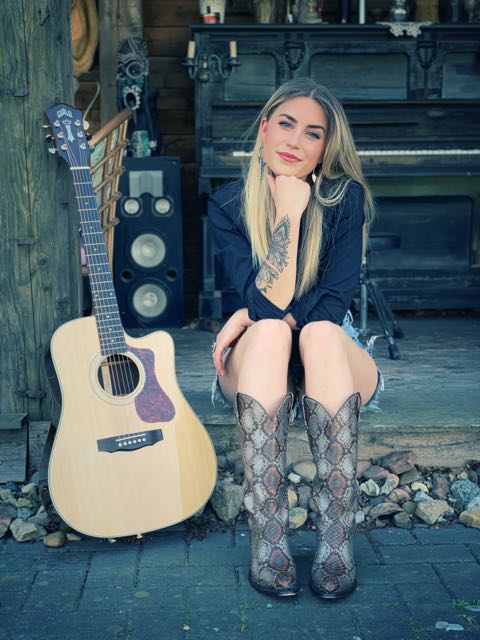 Did you figure out who you are as an artist after making `Unconditional’ or do you think you still need to make a few more albums to find out?
,,I think I grew a lot through the whole process of the album `Unconditional’ and learned a lot about myself as an artist. Especially when I was on tour last year gained so many experiences, which inspired me a lot. You always live and learn, so I guess there is a lot more to come…’’

`Unconditional’ was released on September 11th. How did you celebrate that and do you see a chance to promote your new album live?
,,Because of Covid-19 I was not allowed to throw a big party, but I celebrated with my friends, family and a few musicians who were working on the album as well. We played a few songs from the album, we listened to the whole album together and then just had a good time with everyone. I do have a few live gigs coming up in the next two months and hopefully there will be more.’’

Do you see a fine line between country pop/rock and AOR/melodic rock or do you consider it as two different worlds? Also now that you have been working with a rock producer do you feel you might want to explore a more rock version of yourself in the future?
,,I am open for every kind of influences in the music scene, but I do not see myself as a real rock musician. But never say never, right? [Laughing]’’ 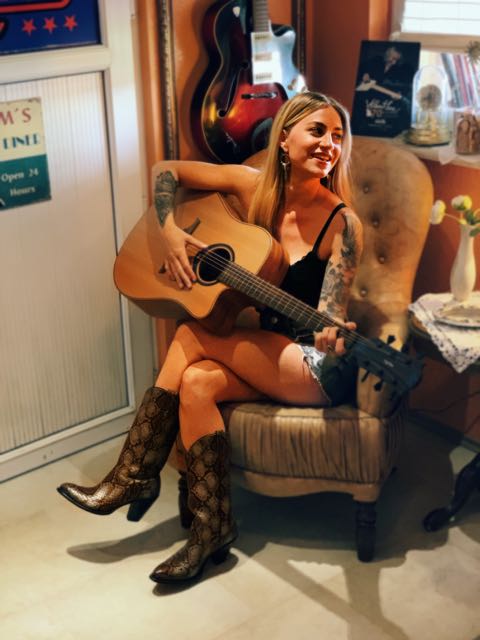 Like in the rock and metal scene, I assume people also have prejudices about the country music scene. Do you know what they are, did you experience it yourself and how do you deal with it?
,,Especially in Germany there are not a lot of people listening to country music. Because of that they do have prejudices and only know the traditional country from the past and immediately thinking about Honkytonk, horses and campfire. It is so much more than that and I try to tell them that country is a lifestyle and has its very own vibe which I really love.’’

If you could do a crossover project with a rock or heavy metal artist or band, who would it be and why?
,,I am not really into heavy metal, but I really like Alter Bridge.’’

How do you feel about the future of the music and entertainment industry in general?
,,Unfortunately the music industry changed a lot in the last couple of years. Most of the people are streaming and the selling is getting more less worse than ever. But I know that everybody loves to be entertained and concerts will always be very popular.’’