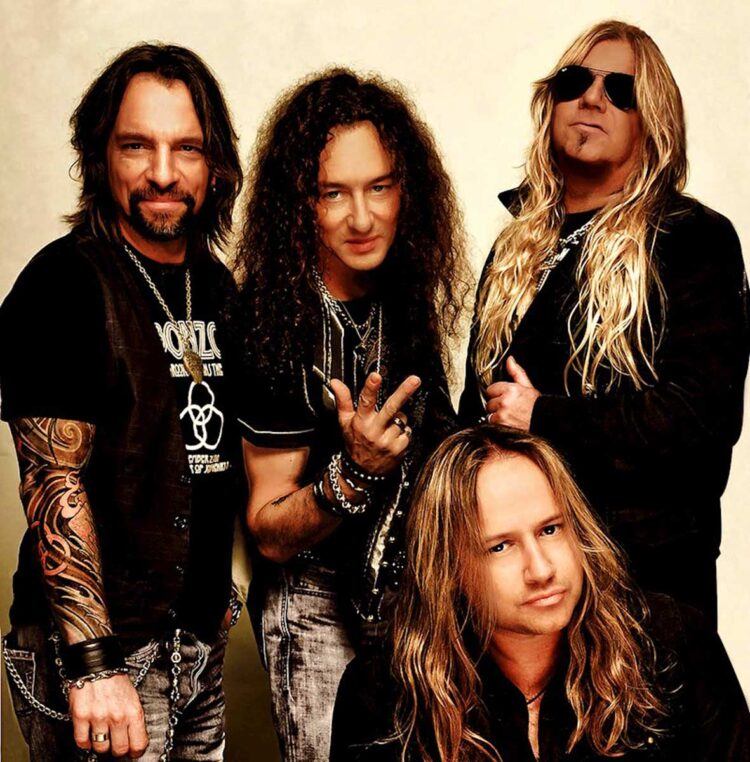 December 29, 2020 by Raymond Helebrand - More about our team

Because of the upcoming release of the sixth album `Locked & Loaded’ in January 2021, I had the chance to catch up with Voodoo Circle’s guitarist Alex Beyrodt, for Headbangers Lifestyle. It became a nice and relaxed conversation about the new album, the return of singer David Readman and drummer Markus Kullmann to the band, their main influences and more.

First of all, congratulations with the upcoming `Locked & Loaded’ album. I did notice more of Led Zeppelin influences on this record. Was that a well over thought choice?  And did the new album turn out exactly the way you wanted it to be?
,,Yes, it was absolutely intended that way. All the Voodoo Circle albums do have a bit of a different vibe to it. Of course we have our cornerstones of acts like Jimi Hendrix, Rainbow, Whitesnake, Deep Purple, Led Zeppelin. These are most of the bands that influence the song writing for Voodoo Circle. Maybe we can add a bit of Yngwie Malmsteen, he especially influenced the first album (`Voodoo Circle’, 2008).
Although I can get a bit tired of the comparison. But on the other hand, it is what it is and these bands are cherished deeply by us. We have never intended to reinvent the wheel, but we do intend to sound like bands like these. So if someone says it sounds like Zeppelin, I have to say that it was exactly intended to be that way. And the way our songs are written is more like they did in the 70s, 80s.The whole idea behind Voodoo Circle is to write music in the style of music we have grown up with.’’ 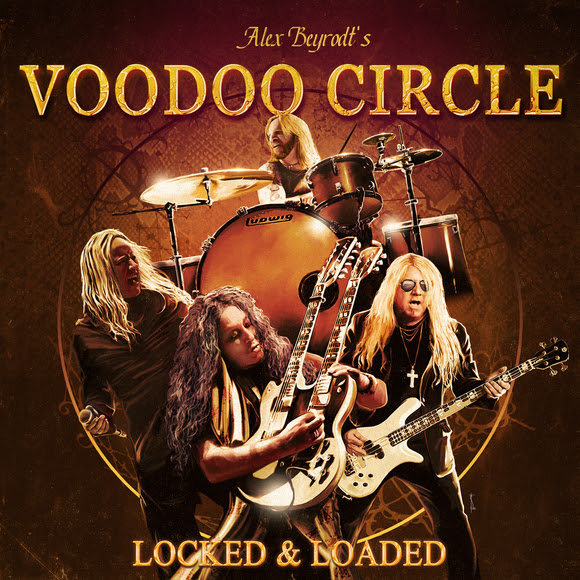 David and Markus are back in the saddle; how excited were you?
,,Of course, clearly there was a leap for joy. But, I do have to mention at this point that I have to compliment Herbie (Langhans), who did an excellent job on our previous album (`Raised On Rock’, 2018). I mean, he is a really great singer and person. His reaction when I told him David would be back in Voodoo Circle was absolutely amazing. Although he was basically fired from the band, he was glad for me. So only positive things can be said about Herbie. But clearly David is the original Voodoo Circle lead singer and a change of lead singer has its challenges and most of the time that is not for the better. Herbie did an amazing job, but I am also very excited David is back in the ranks.’’

Can I put it this way; this line up is the most favourite version of Voodoo Circle?
,,Basically this is also the most beloved line up of our fans. Us four guys is what people expect to see and hear of Voodoo Circle. Once it was clear David Readman and Markus Kullmann were back in the band, I did re-arrange the already written songs and also started writing new songs with their capacities in mind. It gave me a lot of energy and it definitely changed the direction I was going for, because once you have confirmed Markus is on board, I mean he is kind of the German John Bonham, you have to give him the creative space he deserves. And David always loved Led Zeppelin, so it was an easy choice to go in that direction. But I have to mention that Zeppelin always has been one of the main influences for Voodoo Circle.’’

What are the main ingredients for a great Voodoo Circle song?
,,You know, most of the time it just happens when I am playing my guitar. I think, during the last ten years I have captured round about 400 guitar riffs on my I-phone. And because I always get new ideas it proved to be a good way for me to record them and that is the creative base for my song writing. Without trying to brag, I think it is very easy for me to come up with new ideas for Voodoo Circle songs. It is just in my musical DNA, I have grown up with that kind of music, so it does not have to come from far.’’

And all the new songs have been written by you alone, or also with Mat (Sinner)?
,,The music is written by me. I write the main ideas and at a later stage Mat gets involved and adds his ideas, which can result in some minor changes. When David comes over, we start working on lyrics and melodies for the songs. That’s basically the songwriter team as it is.’’ 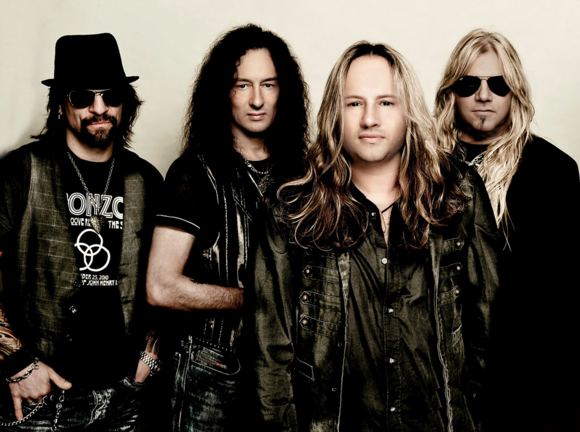 As you have mentioned earlier on, Voodoo Circle is kind of a tribute to your personal heroes. Are there any more heroes you would like to add to the mix in the future?
,,Wow, I mean the pallet of 70s, 80s bands is so big and there were many classic rock bands, but basically I get inspired by my gut feeling and the music I listen to at the time. That also clarifies why every Voodoo Circle album is slightly different.’’

Are there any tour plans in these crazy times?
,,Mmmmm, of course we have to plan things and we really want to do a tour, but the big question is, will it happen? It is a very difficult thing right now. It doesn’t matter what I say or want at this point, because no one knows what will happen. It is pointless to plan things, make fans hopeful and in the end it does not happen. And in my opinion it will take a while before things get back to normal again.’’

Did Covid-19 affect you personally in the last year?
,,Thank God me and my family are healthy, no one was ill so far. Thank God for that. And I always try to find the positive side to the negative. I’ve learned to stay positive, even if things take a little longer. Not everything can be solved immediately and it is okay when things take time and you take some more time for yourself. During the first lock down I quickly got used to the longer waiting lines in the grocery stores and wait for twenty minutes. Suddenly that was normal and you just adapt to that. The good thing is that I have found time to play golf and started to pick up motocross again. Of course I miss the stage, I love to play live on stage and that is also what defines me as a person, but on the other hand it is also a good thing to have some extra time now, which of course does not mean that this has to last for ages. Let’s not forget, I haven’t earned a penny this year. As an artist the government does not help me and I have to live from my savings and that is definitely not okay.’’

The ideal year 2021, what does that look like for Alex Beyrodt? I mean it starts well with a new Voodoo Circle release.
,,When I can dream about it, in February the Primal Fear tour, the Rock meets Classic tour in April, festivals and absolutely a Voodoo Circle tour by the second part of the year. But realistically, I do not see any live shows happen before autumn. I can’t imagine anything happen before that. Even when people get vaccinated, that does not mean concerts can start right away. And the next question would be, who is willing to get vaccinated. So when all that is solved, we can start to dream of getting back on stage again. Before that I don’t think anyone will play live gigs. Sadly!!’’

Do you have any message for our HBLS readers?
,,First of all I would like to say thank you to the fans for being loyal to bands like Voodoo Circle and all the other stuff I do. Over the years I have built a big fan base and I also get a lot of mails from them, which I really enjoy. It is so nice, to be part of this big international family of enthusiasts of the hard and heavy genre. The great thing is that our music really connects people, people from all over the world. Especially in these crazy times it is heart warming to be part of such a nice family.’’

On my behalf, I would like to thank you for your time and the relaxed conversation.
,,With pleasure and I wish you all the best and stay healthy!! Bye.’’