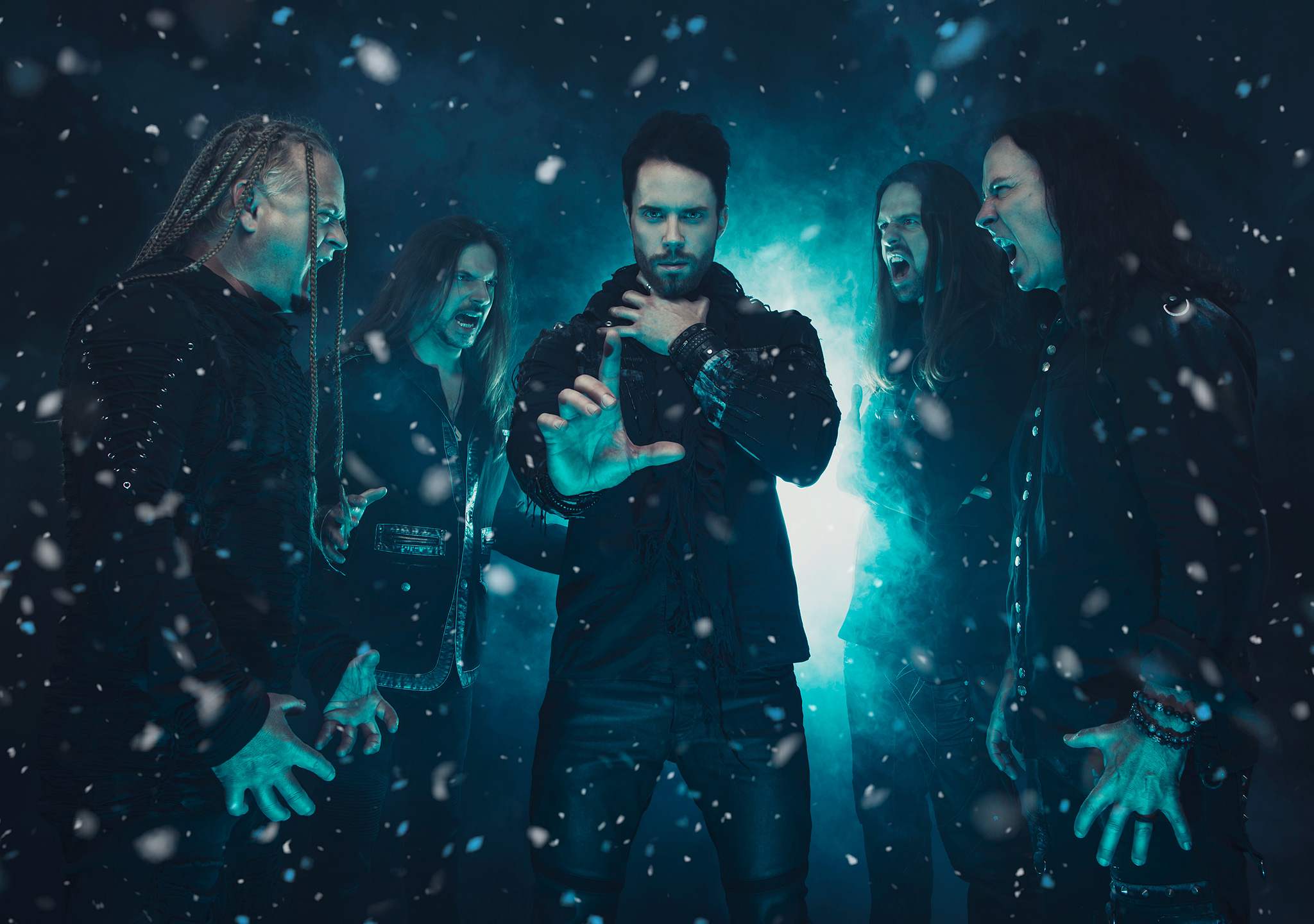 2018 has been more than a great year for Kamelot. Not only the band released its stunning 12th studio album `The Shadow Theory’ with overwhelming success, Kamelot also toured the globe and played numerous festivals since then. And for whomever had that thought, Kamelot will not slow down in 2019. In fact guitarist Thomas Youngblood, singer Tommy Karevik, bass player Sean Tibbetts, keyboard player Oliver Palotai and drummer Johan Nunez, can’t wait to pack up their gear to return to Europe in March for the 2nd Leg of the `Shadow Empire Tour’. After that, more road trips worldwide are planned, as well as the release of a live DVD/Blu-ray. Guitarist Thomas Youngblood tells HeadBangers LifeStyle’s `Lilo’ what’s going on lately. 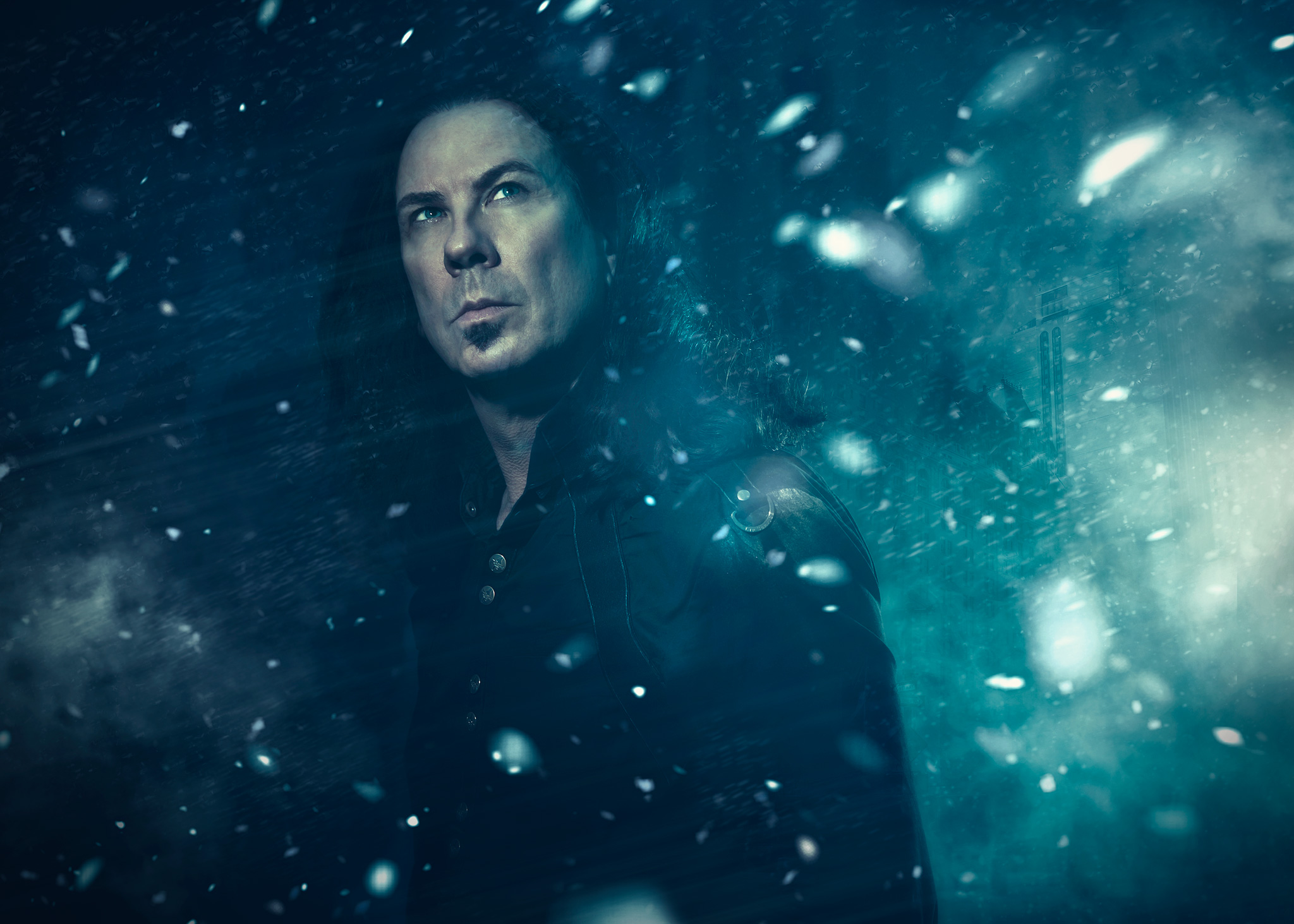 First of all how does Thomas himself looks back on the year 2018?
,,It really feels like we packed 3 years of touring and activities into 9 months. It’s crazy that `The Shadow Theory’ was only released in April of 2018.’’

Now that `The Shadow Theory’ is out for a while, how did the album finally land?
,,Well, from a commercial standpoint the album evaluated the band to another level worldwide. We have toured North America, Europe, Australia, Japan and numerous festivals already in less than 12 months. On a personal level I can only say that I am really happy with the album and the theme. It has also inspired us to brainstorm on new ideas.’’

Kamelot has been on the road a lot last year and Thomas couldn’t be more satisfied about the 1st leg of the `Shadow Empire Tour’.
,,The booking agent says it was our biggest tour in the history of the band. I can only say the fans were amazing and we also raised the bar on our live show and production. Something we plan to increase every year if possible.’’

But what did rock his world the most, what were the milestones during that tour?
,,Definitely the DVD shoot in 013 in Tilburg [The Netherlands] was like a dream come true. Selling out this venue was important and also having our special guests somehow all have a spot in their busy schedule. Selling out NYC after so many shows there was also very special. Returning to Japan and Australia was another highlight, oh and OSLO!! Really, every city and every night was fantastic!’’ 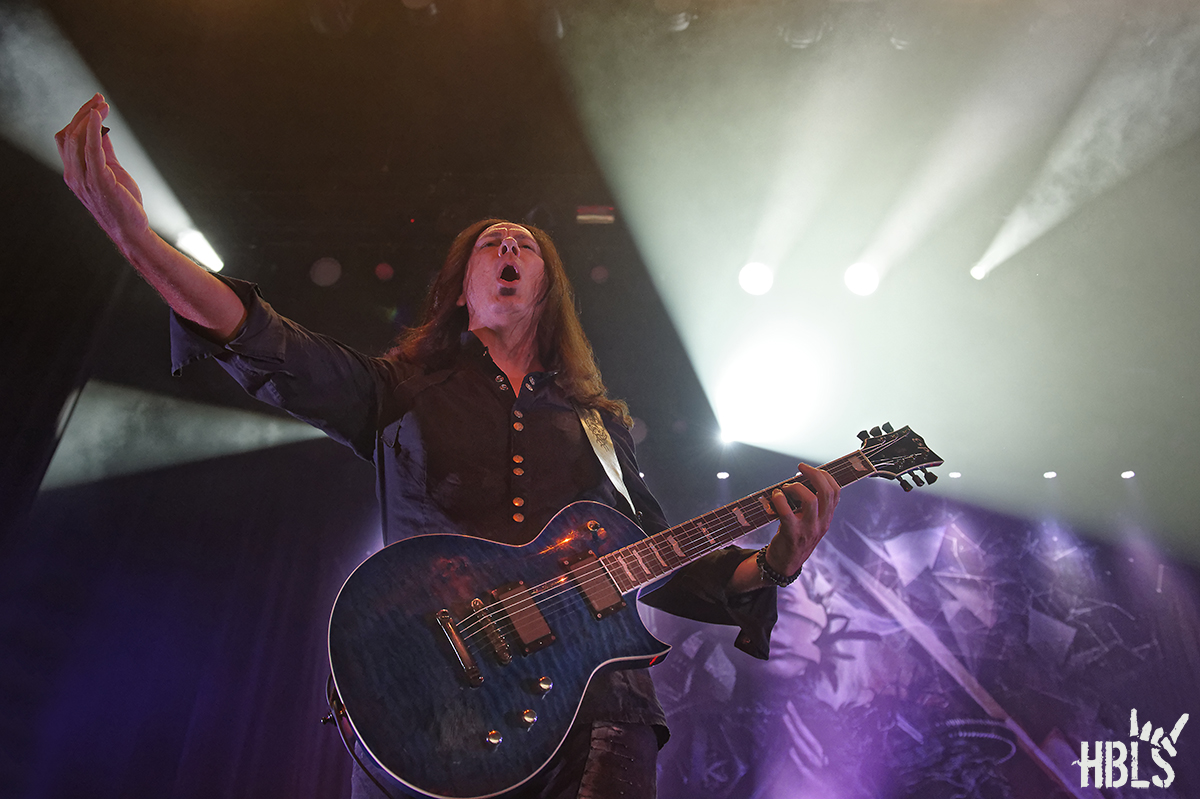 Recording a live show comes with extra work and special attention. How did the band prepare for the show in 013 and did it all turn out Thomas hoped for?
,,We rented the venue the day before and went through parts of the show but we wanted to make sure the show was not over rehearsed so to speak. I wanted to keep that edge and spark of the unknown. In hindsight the evening went even better than I expected.’’

It was a night to remember for Kamelot and the fans, but what are the most memorable moments of that evening for Thomas?
,,There were so many, I choked up when it was my time to talk to the fans. So many years of support from the Dutch fans have been so incredible and important to me and the band. Of course having my son sing live was also something I could only dream of.’’

Of course an important question is how long the fans have to wait for the actual DVD/Blu-ray release?
,,We are in the middle of working on the final details and hope for a fall 2019 release.’’

Touring is very important for Kamelot, to be able to bring the music to the people and to have that live connection with their fans. Therefore in March the band returns to Europe for the 2nd leg of the `Shadow Empire Tour’. But, it will be with a slight different geographical focus, as Thomas adds:
,,We wanted to return to The Netherlands and we added two new shows for the Dutch fans. Also we did not play Antwerp [Belgium] on the 1st leg and we wanted to make sure we have a show there. Also we added more UK shows than ever before, so lots of cool things happening in March!’’ 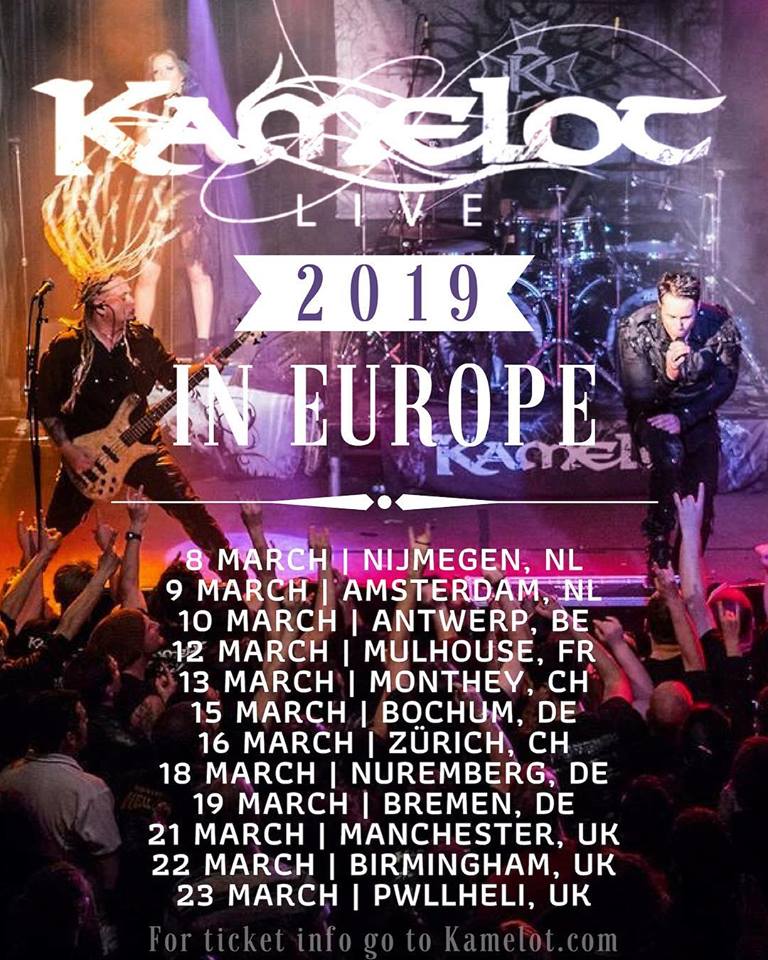 But, for those who have seen a show of the 1st leg, can they expect something different, like a different set list for instance?
,,Yes! The 013 show was geared to the DVD but the rest of the tour featured different songs. Many of the fans have not seen the new stage design and we are excited about bring this production to them.’’

Kamelot is known for having impressive guest appearances on CD and on stage. Thomas is happy to tell who will accompany Kamelot during this time.
,,We are happy to have Lauren Hart of Once Human continue to guest with us on this leg of the tour. She is really a dynamic and fantastic talent and we are fortunate to have her with us. The fans love her!’’

Kamelot won’t go on the road alone. This time they bring Swedish prog metal band Evergrey and the Austrian female fronted metal band Visions of Atlantis to warm up the crowd. Thomas comments:
,,Evergrey have been friends of ours for many, many years. We did a tour together, in 2012 I think, and it was a blast. They have a new album out and all the plans worked out well. Visions of Atlantis have been doing some shows with us and we feel like they round the show out nicely for the variety of the night. Their singer Clementine is really a special front person.’’

Now that the year 2019 is up and running what are the plans, hopes and expectations of Thomas for this new year?
,,We have the European Tour as we discussed and then we have some select festivals this summer. After that we return to North America for the 2nd leg with special guests Sonata Arctica and Battle Beast. Somewhere in there we will work on new song writing.’’
—
Header Photo by Natalia Mora Domingo