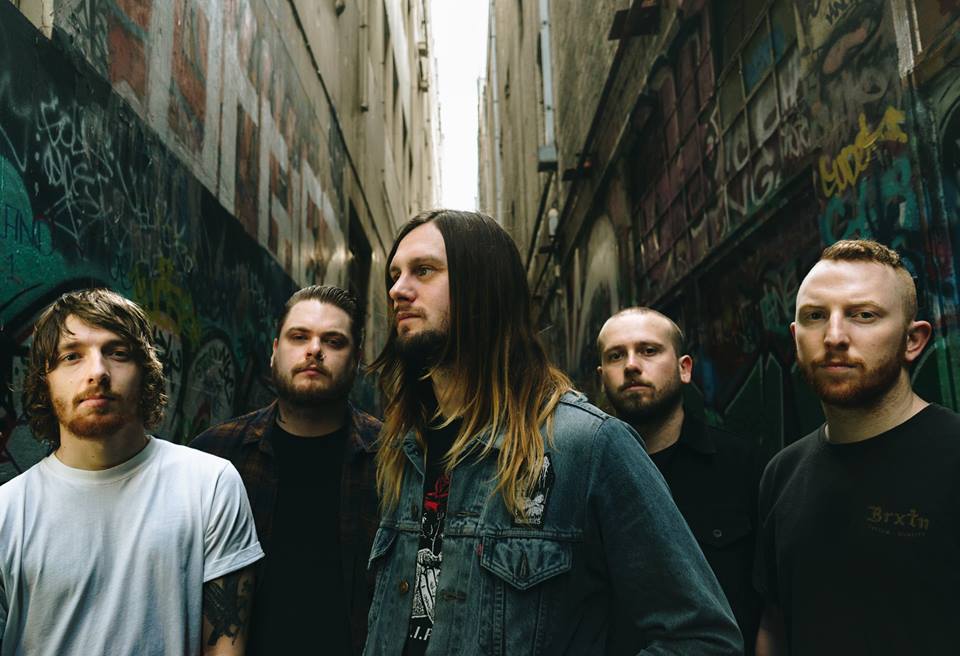 While She Sleeps seems to be a `young band’ but in fact these hard core, punk rockers from Sheffield (UK) already have worked their way up by releasing two full-length albums (`This Is The Six’, 2012 and `Brainwashed’, 2015) through major label Sony Music, won the award of Best British Newcomer at the Kerrang! Awards 2012 and have done numerous live energetic shows over the years. As bass player Aaran McKenzie puts it: ,,We are not a real young band anymore, we do this now for eleven years and before While She Sleeps we all have been in different bands, so I think we have won our stripes.’’ It is in the backstage area of Graspop Metal Meeting that HeadBangers LifeStyle got the chance to ask a few questions to bass player Aaran McKenzie and singer Lawrence `Loz’ Taylor, who express their excitement about the fact the band took matters in its own hand again, after having their experiences in the music industry and working with a major label. 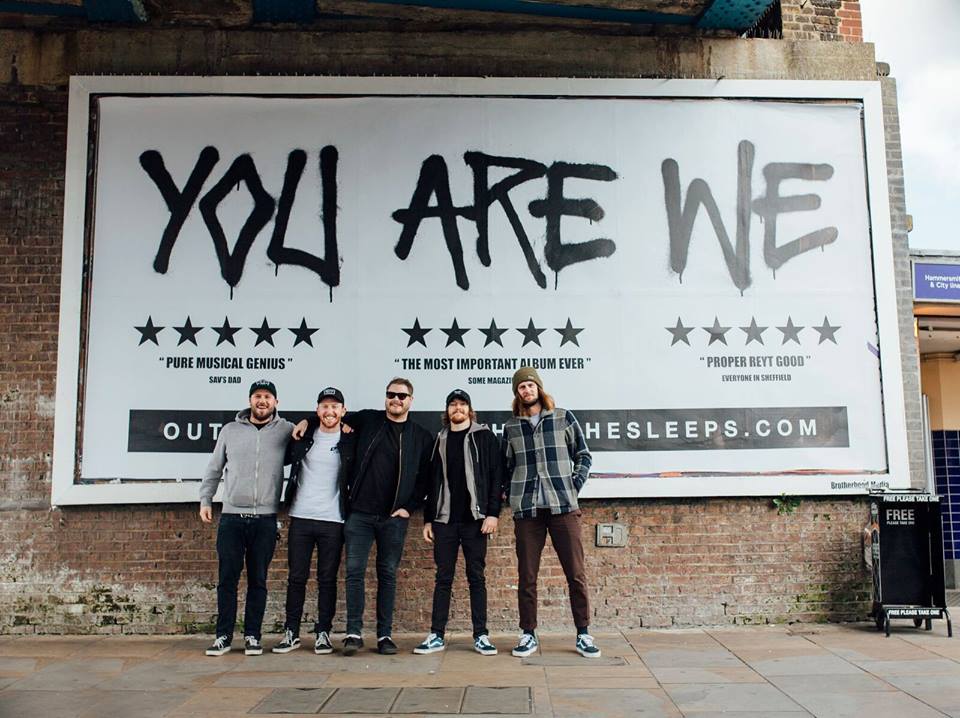 Last year While She Sleeps indeed made a remarkable move: celebrating its tenth anniversary as a band by becoming totally independent, on which both musicians comment:
Aaran: ,,We always wanted to do things ourselves. We worked ourselves up from the bottom and it was the best way to learn how to do everything ourselves. It is how we always have done it and it is kind of the epic and the pride of this band. I think we also became kind of precious about the music that we make. If you want to be an honest representation of yourself, it can only be yourself who can create it.’’
Lawrence: ,,Indeed, we have this kind of a punk mentality, we stand for DIY (Do It Yourself). Because it is kind of weird when outside people of the band come in and start design your artwork and put some sort of a stamp on your art, isn’t it? But there’s always been a very DIY aspect to this band and we still have the same sort of work ethic we had when we were really young teenagers. Making our own stencils and artwork already at the time. We kept building and building from there and it turned into what it is now. We funded and released our new album `You Are We’ independently through a PledgeMusic campaign. It went really good and positive. All our fans got really behind us.’’

How did you handle the start up of independency?
Lawrence: ,,When we started the PledgeMusic campaign, we decided to buy space in an empty warehouse. Then we build a studio with a kitchen, a bathroom and bedrooms with our own hands and we eventually recorded the album there. Also other bands start to come over and work here. We actually hang out there all the time.’’
Aaran: ,,Moving in together in a studio that we build ourselves and to be able to bounce creative ideas all the time, having this creative space, definitely had a certain influence on how we wrote the music. It has a very unique vibe to it. I think that is why the album has the success that it has, because we couldn’t have written a shitty album because then we wouldn’t done ourselves any justice for all the time and effort we have put into it.’’

,,Our songs are quite anarchistic and there is a bit of hatred in there, but also with a hopeful edge.’’- Lawrence `Loz’ Taylor 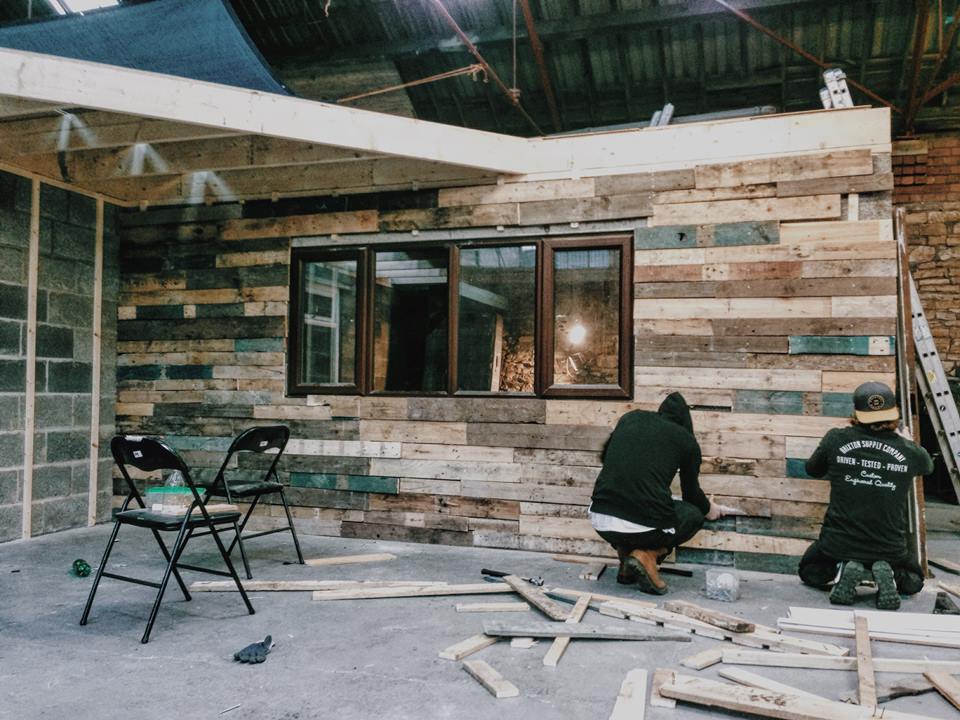 What can people expect to hear on your new album?
Lawrence.: ,,It goes all the way from being melodic to being pretty heavy, with a lot of energy and a lot of passion. It is the same with our live show. I think our new record gives a representation of what you are going to hear live. It is kind of rough around the edges, it is a bit punk rock, but it also got a sort of straight up metal hard core. It goes in a lot of different places, hits a lot of different genres, but it also is really passionate.’’

What does While She Sleeps add to the genre?
Lawrence: ,,It is hard to say, just come and see us [laughing]. Our songs are quite anarchistic and there is a bit of hatred in there, but also with a hopeful edge, which just works with the band name as well. When we were teenagers we were really into skateboards, punk rock and stuff like that and we all started bands with friends from school. With While She Sleeps we have never gone out there and try to sound like somebody else. I would say no other band sounds like us, although there are a lot of metal hard core bands out there who slam genres together. That is why our fans are drawn to our music. Every While She Sleeps album is slightly different and even if we would play country music it still would sounds like While She Sleeps. We definitely have our own style and sound.’’
Aaran: ,,We formed a band because it was our passion. As teenagers we were discovering new things such as alternative music, it really grabbed us all in different stages of our life. Now it’s grown into our job eventually, we do good and that is great.’’

,,I actually passed out on stage for a second yesterday.’’– Lawrence `Loz’ Taylor 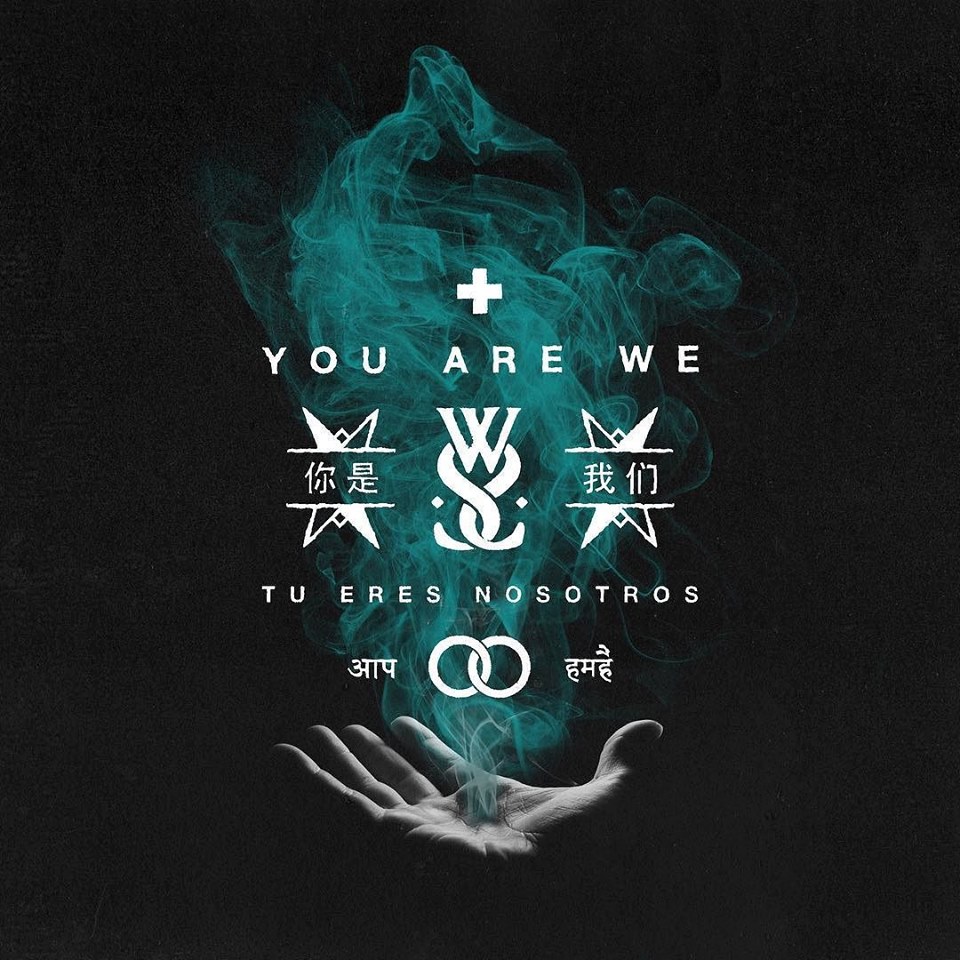 Is a stage image important to you?
Lawrence: ,,Our stage time is for us to let go and feel a bit free, as the audience does feel free by doing a mosh pit. We try to perform, to entertain and to have a good time together.’’
Aaran.: ,,It is a real work out, actually [laughing].’’
Lawrence: ,,I actually passed out on stage for a second yesterday. We played in a new but small club and it was so hot in there. We played for about 75 minutes and I was singing, screaming and running a lot and it all went black for a second.’’

What gives you the ultimate festival vibe?
Aaran: ,,Being out on the field watching other bands. When you play early you don’t leave until very late or early the next day. You get the chance to chill out and having a beer. And of course also when we do a great show on a festival.’’ 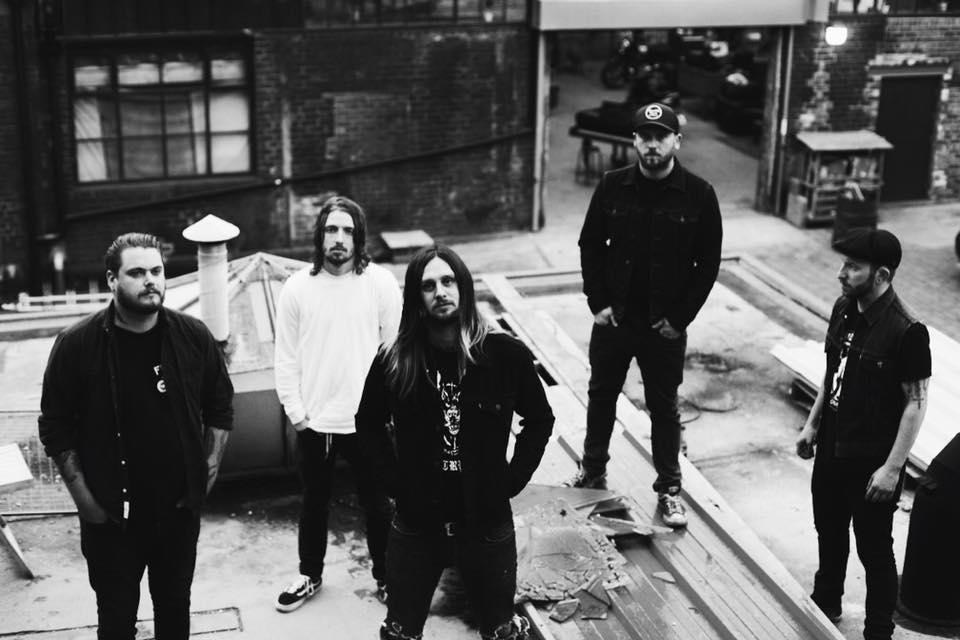 How would you like to be remembered as a band when you call it a day?
Lawrence: ,,That we stuck to our guns and didn’t really sell ourselves out too much. That While She Sleeps was just a hardworking band.’’
Aaran: ,,As good people who had an involvement in changing the way that society works. That maybe one day it will change, maybe we can find world peace with that. Everyone is trying to do their bit and this is our way, express through our music how we feel.’’

Where would you like to see the band in five years?
Aaran: ,,Headlining Graspop.’’
Lawrence: ,,Indeed main stage Graspop, but we actually never played a metal cruise and we definitely would like to. That would be sick.’’
—
Follow While She Sleeps on Facebook and visit the Website here