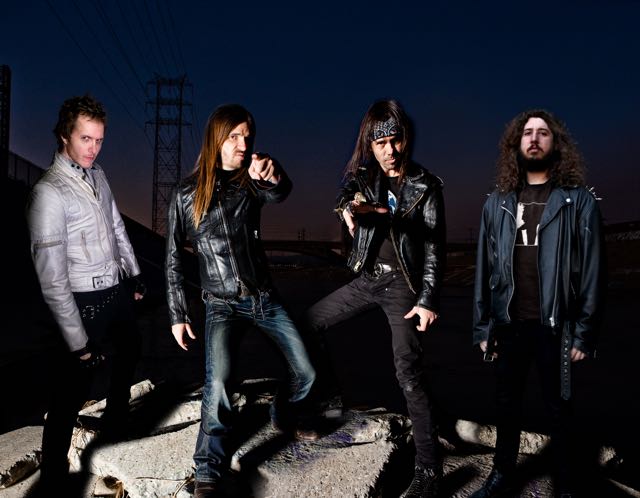 Five years ago the American metal band White Wizzard made their last full-length album `The Devil’s Cut’. Now we have their new album `Infernal Overdrive’. In 2017 band leader and bassist Jon Leon announced the return of classic members, vocalist Wyatt “Screaming Demon” Anderson and guitarist James J. LaRue, to the ranks of White Wizzard, as well as a new label deal with M-Theory Audio. The band spent much of 2017 crafting their finest offering to date, helmed once again by producer Ralph Patlan (Megadeth, UFO, Flotsam and Jetsam). For Headbangers Lifestyle a reason to call with Wyatt “Screaming Demon” Anderson about the new record and the future of White Wizzard. 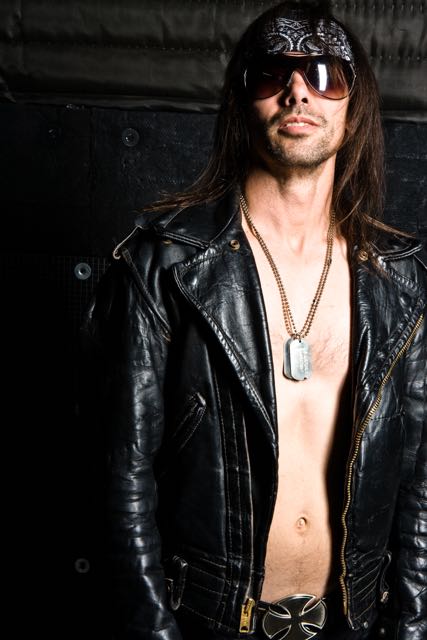 Hello Wyatt! How’s life treating you?
,,Pretty good. The band’s in full swing, the album is sounding great and I have a highly supportive family; my beautiful wife Jessica Lynn, and my stepson Sean!’’

The new White Wizzard album `Infernal Overdrive’ shows the return of you and guitarist James J. LaRue. If I’m not mistaken, you were singing in White Wizzard from 2009 ‘till 2012 and recorded the two full-length albums ‘Over The Top’ (2009) and ‘Flying Tigers’ (2011). ‘Infernal Overdrive’ is an amazing album I must say, maybe even the best White Wizzard ever recorded. How was your new arrival back in 2016? Did you stay in contact with White Wizzard after you left the band in 2012?
,,Thank you on the compliment. My coming back was pretty great I must say. I’ve been well received back by the fans. But no, I didn’t have contact with the band until Jon got back in touch with me about coming back to record the new album. And now we are on the road again. It feels good to be back.’’

Has something changed in the band since, for example, the ‘Over The Top’ period?
,,Except that we are older and wiser there is not much changed. Even the song writing and recording process are all pretty much the same since my first period with the band. Also the reception of `Infernal Overdrive’ has been really great! We’ve received some very high ratings and excellent reviews. And that has given me and the boys an extra kick to go on. With all hope, this is the first of many more albums to come.’’ You previously did some shows in California [in the famous Whisky A Go-Go club], Nevada and Arizona. How was that?
,,Those gigs were great. It was good to hit the stage again with the band and the fans were very enthusiastic, and seemed very happy about us being back.’’

I heard that you guys come play the Underworld in London on March 31st. That’s great news for the fans in the UK. But I have also heard that this is the only show in Europe for now. Why not a small club tour in Europe or are there any plans for festival gigs?
,,Well Hans, good that you ask this because that gig is re-scheduled to 18th August this year. We’re trying to secure a gig in Manchester also and we have a festival in Germany to play in August. Hopefully we can arrange more tour dates to play around the world!’’

Thank you for your time Wyatt, and good luck with the marvellous new album ‘Infernal Overdrive’, which I recommend to every solid head banger. Hope to see you on tour someday.
—
Follow White Wizzard on Facebook