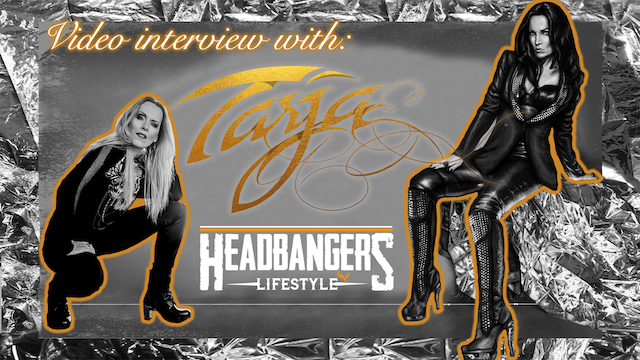 Up Close and Personal

ABOUT THE INTERVIEW WITH TARJA

In this online interview HeadBangers LifeStyle’s Lilo has an up close and personal conversation with outstanding singer Tarja. Of course, they talk about her brand-new double album release `Best Of: Living The Dream’, the song selection and Tarja’s impressive 15-year career as a solo artist, but they also touch more personal topics. Like for instance being a mom, personal circumstances, self-reflection as an artist, what the fans mean to Tarja and celebrating Christmas.

We know this is a long video, but in this conversation Tarja speaks very openly, she is so relaxed and being such a wonderful, kind and funny soul, therefor we think it is worth sharing the entire conversation. Enjoy!

ABOUT `BEST OF: LIVING THE DREAM’

With this double album, Tarja is looking back on her very successful 15 years as a solo artist, after Nightwish. This release contains Tarja’s most well-known tracks, many of them newly remastered at `Sterling Sound’, and personal favorites from all six studio albums – `My Winter Storm’ `What Lies Beneath’, ‘Colours In The Dark’, `The Brightest Void’, `The Shadow Self’ and `In The Raw’ – but also the never-before heard song ,,Eye Of The Storm’’. The songs are hand-picked by Tarja herself.

`Best of: Living the Dream’ will be released in various formats, each featuring exclusive rarities and much more.