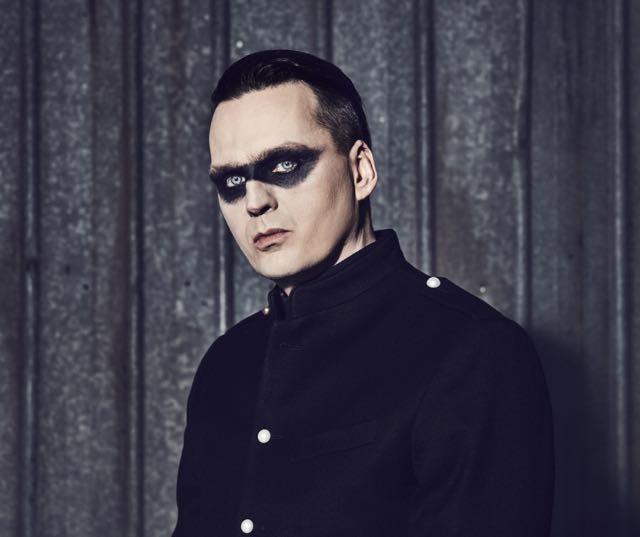 With Alex Svenson (singer and bass player of Then Comes Silence)

Parallel to the heavy metal universe, there has always been the dark, gothic, post punk, wave scene, both having roots in the old school punk rock and therefor somehow connected for life. Metal and gothic music found its crossover in various bands over the years and musical borders aren’t so strict anymore these days. Five years ago singer, bass player and composer Alex Svenson formed the gothic post punk band Then Comes Silence but as a kid he actually grew up with Kiss, AC/DC and Black Sabbath and still enjoys a good heavy metal concert or album. In his teens Alex grew a passion for darkness and obscurity, which makes him write songs that remind of the good old days of Siouxsie And The Banshees, Sisters Of Mercy and Killing Joke for instance. The new, fourth studio album `Blood’ of TCS will be released on October 20th 2017, on which the Swedish four piece present eleven, bloody appealing tracks with a touch of rock ‘n roll. The gothic post punk scene also stands for the looks and appearance and therefor HeadBangers LifeStyle talked with Alex about his beauty, fashion and lifestyle behaviour. 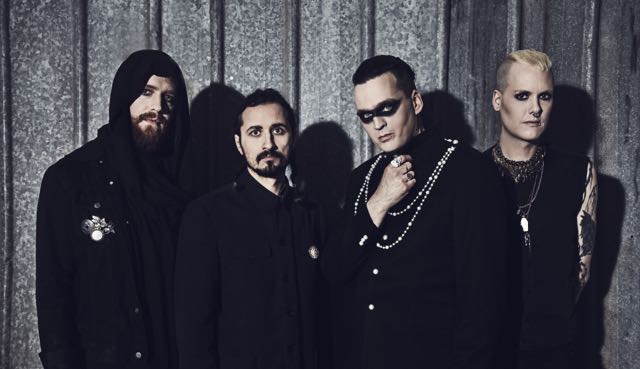 BEAUTY
Is a good appearance important to you?
,,Yes it is very important to me. I’m quite vain. And I think it is important to be vain because nowadays people don’t really dress up anymore. If you go to other warmer countries for instance, you see people walking around with no shirt on. I don’t really appreciate that because I like taking care of myself. I think more people should do that. But I don’t mean we should work out every day or jog or swim but I mean just try to look nice and pretty. I like to look pretty because it’s nicer. So yeah, I’m vain, absolutely.’’

Do you have a certain make-up and beauty regime as an artist, as the frontman of Then Comes Silence?
,,I try to shave but not every day. I can’t really grow a beard because it doesn’t look good. Sometimes I use lotion because I want to look pretty [laughing]. I am not afraid of using it and talking about it because I think it is important. I don’t have many different kind of perfumes unfortunately but what I have is enough. I am not going to tell what I use, that is too personal. On stage I use regular make-up and some theatre make-up.’’

Do you consider yourself a sex symbol?
,,I try to my wife [laughing]. I am working on it you know.’’ 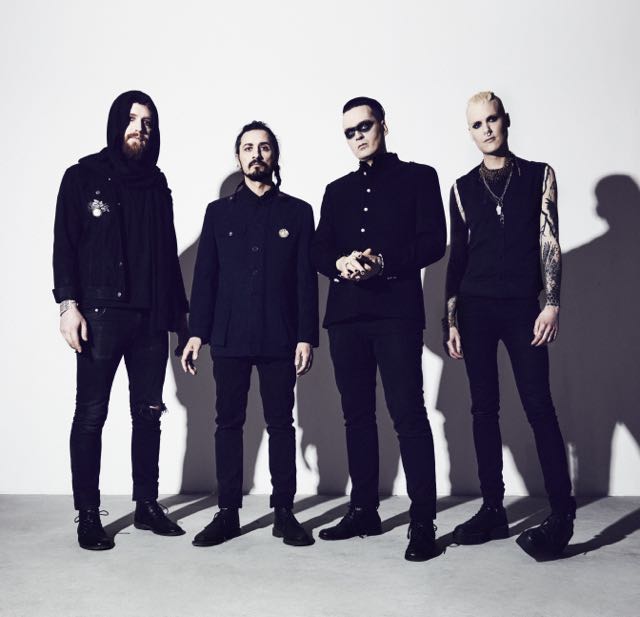 FASHION
Who is your old time favourite style icon or role model?
,,I am very fond of the late 1800 and 19th century, the Oscar Wilde style. I wouldn’t dress up like that but when I was a teenager I had sort of that kind of style. But nowadays I am dressed in black mostly. But I like colours, so sometimes it is blue and sometimes it is dark red.’’

What do we mainly find in your wardrobe? Any specific addiction or something you spend lots of money on?
,,Nice jackets. I don’t like these ski jackets and when people dress like they are about to exercise or something. I wear traditional jackets. Even if it is below zero during winter, I put layers of clothing under it to be able to wear my jacket.’’

Do you find it easy to find cool but affordable clothing?
,,Yeah, I think so. In Sweden we have quite some interesting retailers and it is also much easier now with Internet. We have Whyred and Filippa K. I sometimes go to Zara Men because they have nice pants and jackets. When I was a kid I lived in Spain and I still often go there because I like it there. I think they dress quite nice in Spain; they have nice classic coats and jackets. That is what I want to wear as well.’’ 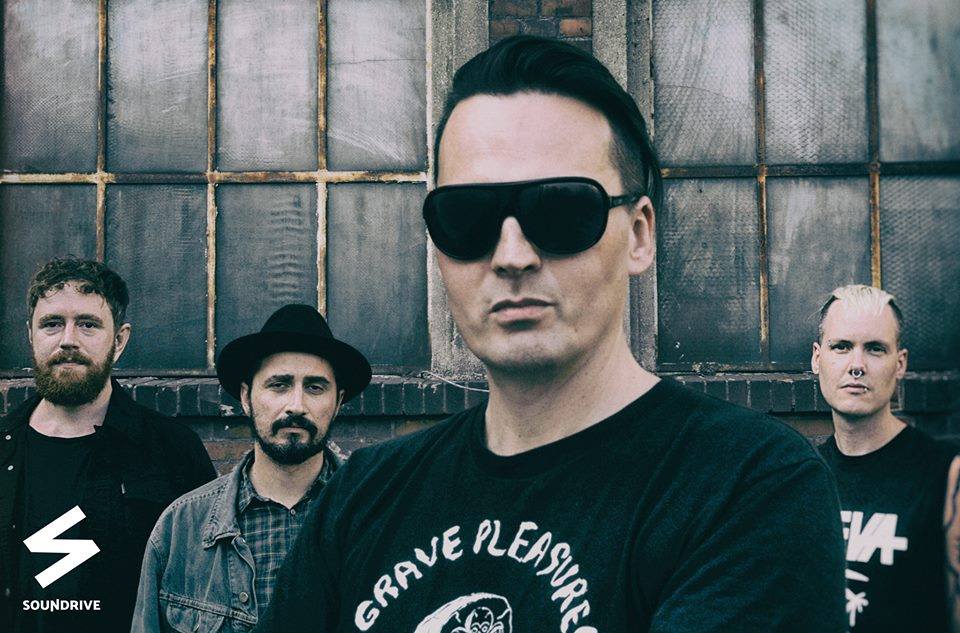 LIFESTYLE
What do we mainly find in your refrigerator?
,,All kinds of stuff, because I have 2 kids. We have everything from yogurt to leftovers. But you always find eggs there because I like to eat boiled eggs in the morning.’’

How do you contribute to save planet earth?
,,I am not the best with that because I have a car and I use it quite often. Sometimes I am a bit ashamed that I just go for a ride instead of walking. But I am aware of it and I will improve and will be a better person for the environment. But at home we recycle everything, like everybody does in Sweden because we think that is important. We have a structure here.
I am still a meat eater but I eat less meat than before. I believe we don’t need to eat that much and it only has become an industry, which only contributes to the pollution. We can eat less food in general as long as we are awake and can function. We don’t need to eat a pile of spare ribs or hamburgers. That is really not necessary. I have actually skipped hamburgers. Instead I eat the halloumi version and it tastes much better. I don’t think it is hard on the road with food. Our drummer Jonas is vegan, one of the guitarists is part time vegetarian and I am pro vegetarian. Jonas knows how to find a good place to eat because the vegan community has good apps for that. It is very boring only to eat salad or an apple. I believe that will improve as well, in five or ten years there will always be a vegan or vegetarian option in every restaurant. I also have stopped eating candy and actually we don’t eat that much in the band.’’

What keeps you awake at night?
,,Mostly daytime issues, like work because I am a freelancer. I have to stay fresh all the time and stay awake to find work. Yeah, that is something that can keep me awake at night. Like last year we had a lot of work with the band so it was double work for me. But I shouldn’t complain because it is good to have work.
I used to have a tape recorder beside my bed. When I had an idea in the middle of the night I started humming it and recorded it. But when I listened to it the day after, it was mostly nothing [laughing] and I even couldn’t understand what it was, so I stopped doing that. Sometimes I hear awesome songs in my dreams and I try to remember them. There is actually one song on our new album `Blood’ that came up in a dream and it is called ,,The Rest Will Follow’’. I heard that one in a dream, I woke up and told myself that I had to remember this one because it sounded so cool. Hopefully I hadn’t heard it somewhere because I wanted it to be mine. I took my guitar and wrote it that morning.’’

What is your old time favourite horror movie?
,,`The Shining’, a real classic!’’

First album you bought?
,,`Man Machine’ of Kraftwerk. But the first album I got when I was a kid was `Destroyer’ of Kiss.’’

What rotates in your IPod/CD player at the moment?
,,The American band A Place To Bury Strangers. I listen a lot to their latest album `Transfixation’, but next year they will release a new album. It is quite funny because I met them yesterday. They played here in Stockholm and it was a good show!’’ 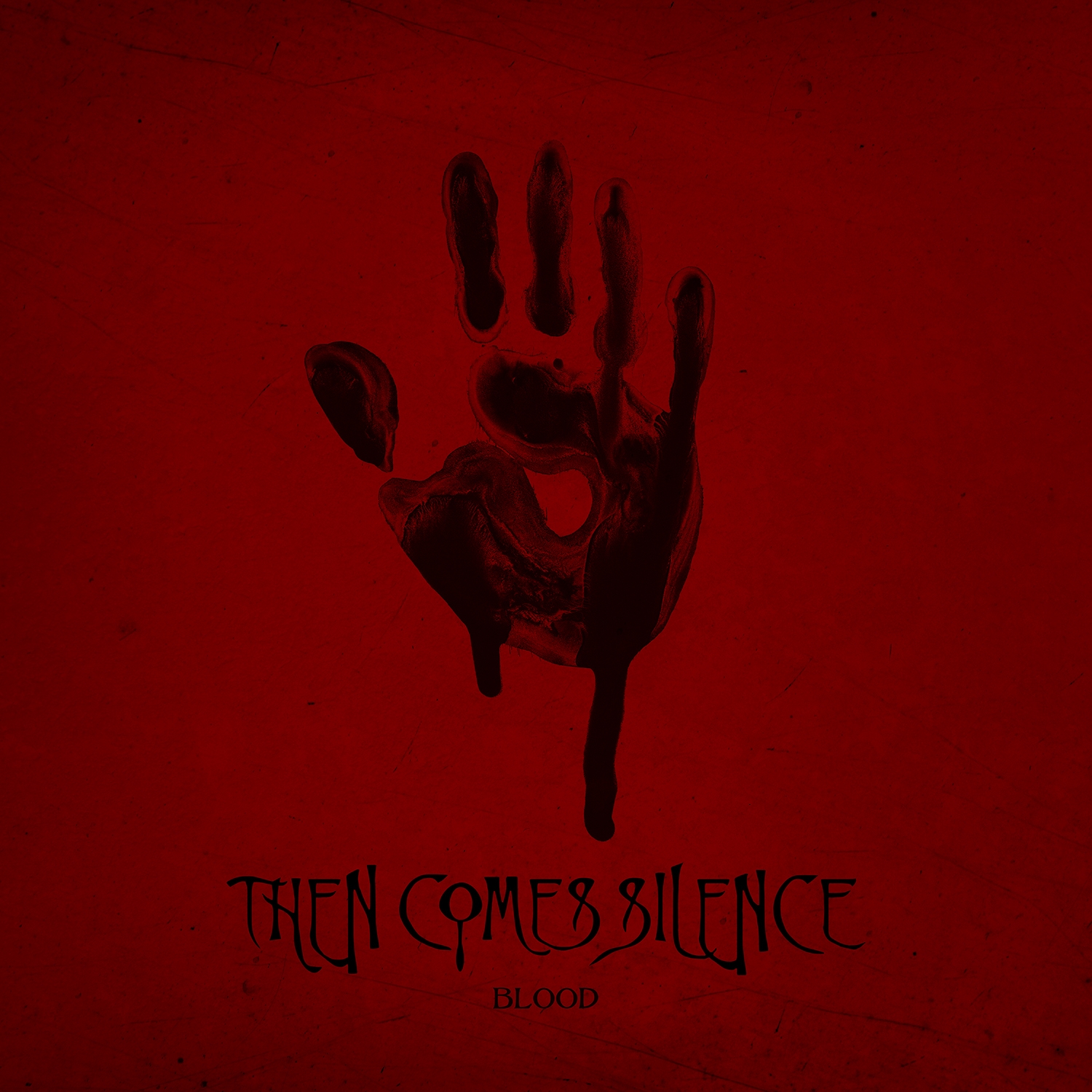 Most important reasons why people should buy `Blood’, the new CD of your band Then Comes Silence
,,Because I think it is not only a dark wave, post punk and goth album, it is also a good rock album. Sorry if I sound a bit “schmuck” but I really think it is a good rock ‘n roll album as well.’’

Where do you like to see yourself as an artist in 5 years?
,,Hopefully the same because right now it is all working well, but on the next level: a little better, a little easier, a better album, playing on better and bigger stages and more people showing up, more songs to write because I write music all the time. And of course staying healthy.’’
—
Follow Then Comes Silence on Facebook and visit the Website here