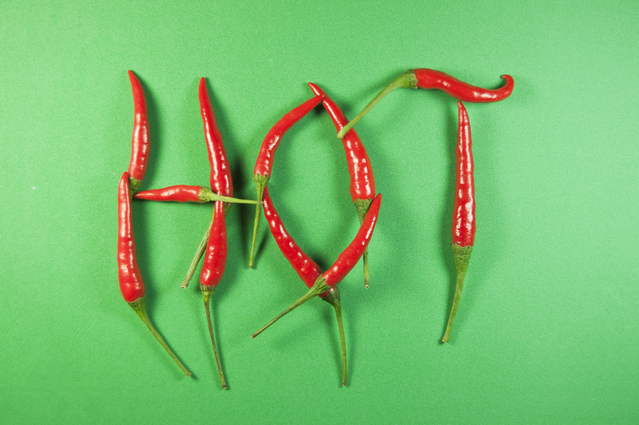 Chili Talk By Guitarist Ruud Jolie (Within Temptation, Maiden UniteD and For All We Know)

I love being on fire! Well, not literally of course but my tongue doesn’t mind one bit. To a certain degree. I am talking about hot sauce, also known as chili sauce or pepper sauce.

There are so many recipes for hot sauces that it’s impossible to try them all.
And you don’t find a huge variety in the Dutch supermarkets. I have the feeling that hot sauces are gaining popularity and maybe that’s the reason why since a couple of years there is an event called ‘Dutch Chili Fest’. It is being held in Het Klokgebouw in Eindhoven, The Netherlands. One day every year in September everything is about hot sauce; there’s a market with vendors where you can buy sauces, seeds or other products that contain chili peppers. But there is more: ‘spicy hamburger eating contest’, home made hot sauce competitions, food stands and lots of music.
It was the third time I went and I usually come home with a nice selection of hot sauces. Since you usually get a discount when you buy 3 bottles at once I get some bottles for friends as well. 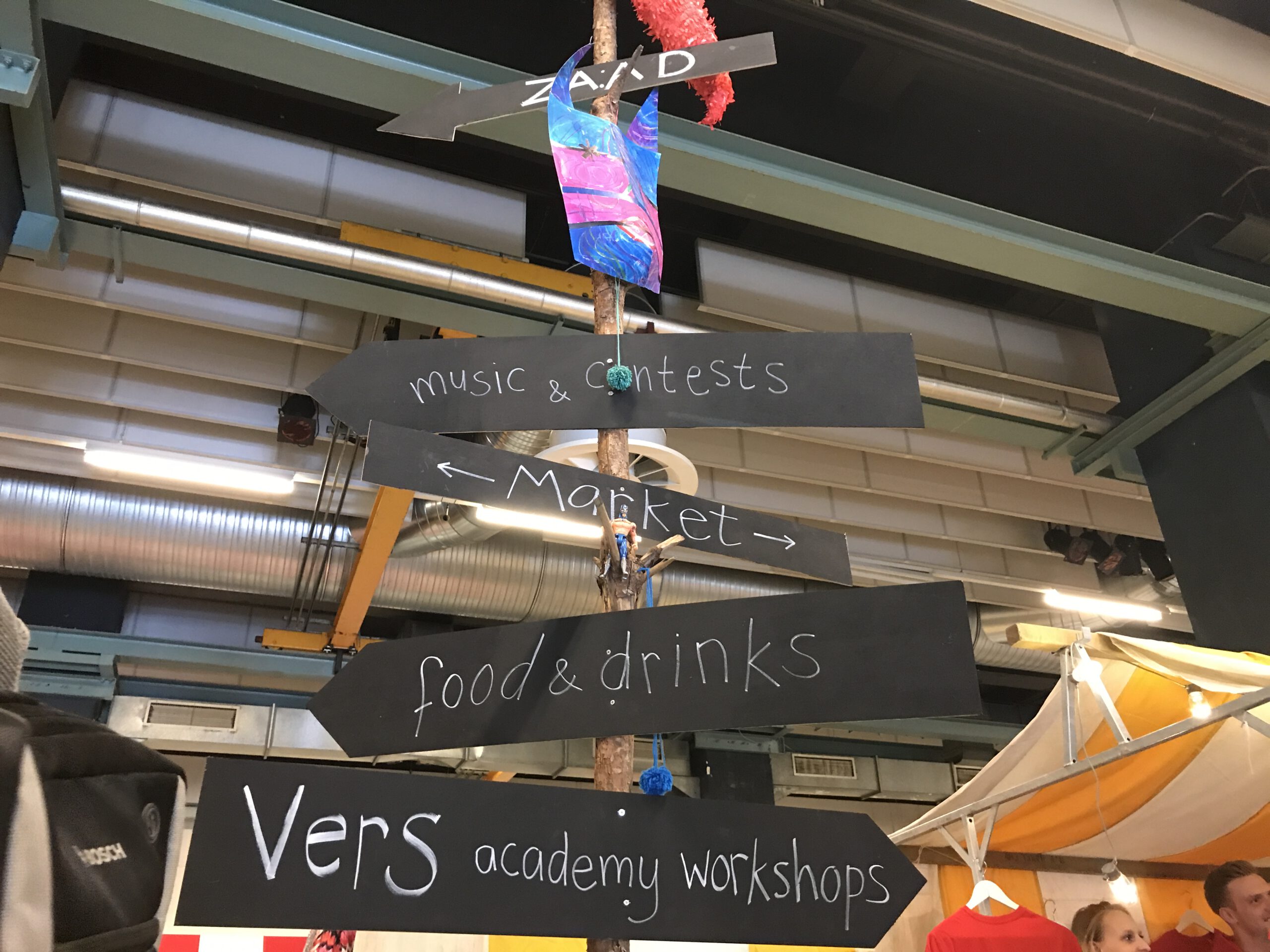 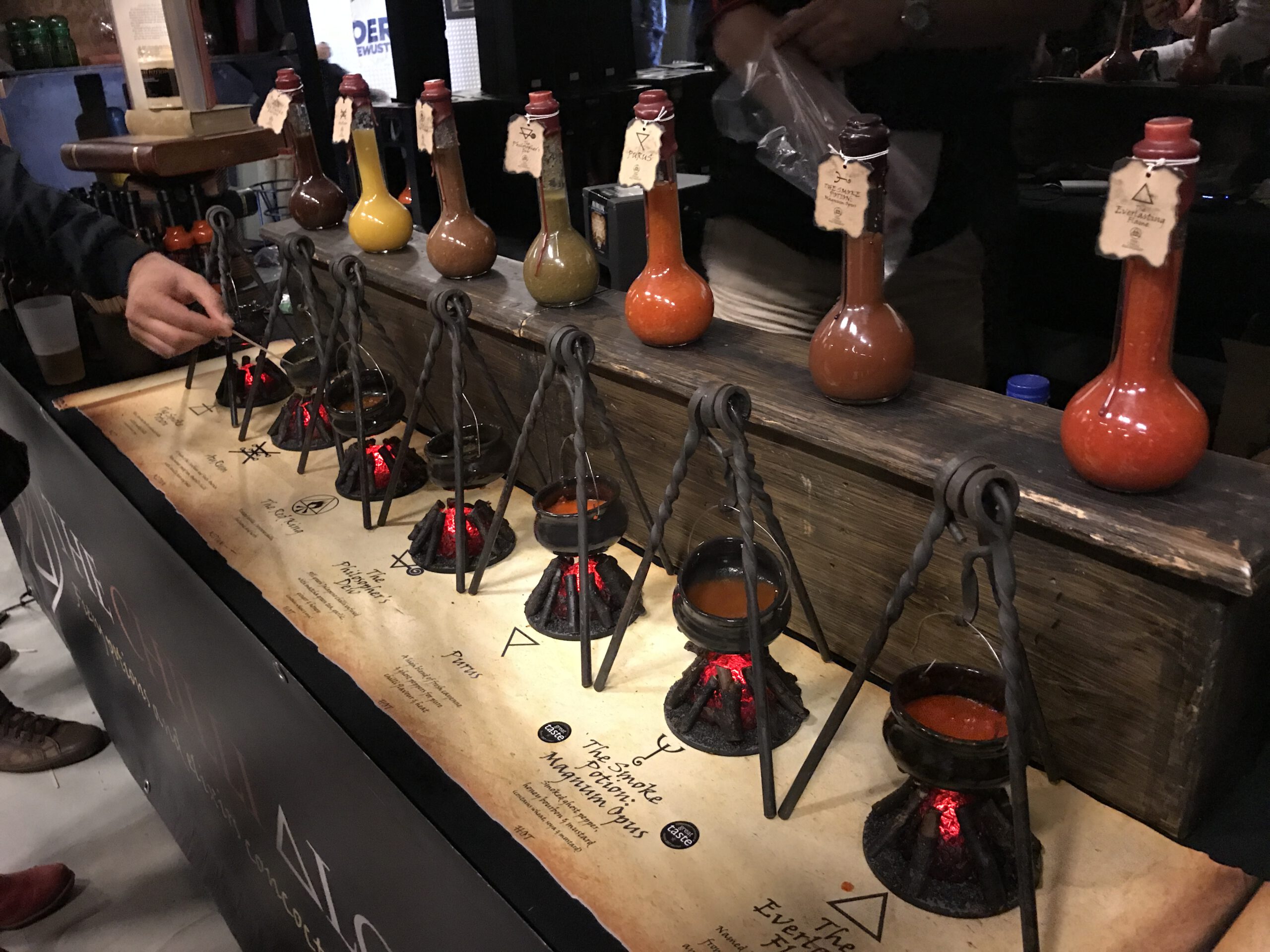 I remember running into a friend of mine who was in the audience during the Hamburger Eating Contest.
His eyes were all read and teary. I asked him what was up and he told me he couldn’t take standing near the stage anymore since they cook the burgers live on stage and the fumes coming from the preparing made his eyes burn. Imagine having to eat those burgers. I know appearance doesn’t mean anything (never judge a book by its cover) but I’ve seen the most bad-ass looking guys give up after just two bites, and tiny women devouring those burgers as if it was a piece of chocolate. I’ve been told they add a couple of drops of pure capsaicin (the component of chili peppers that is responsible for the hot sensation) to the meat. 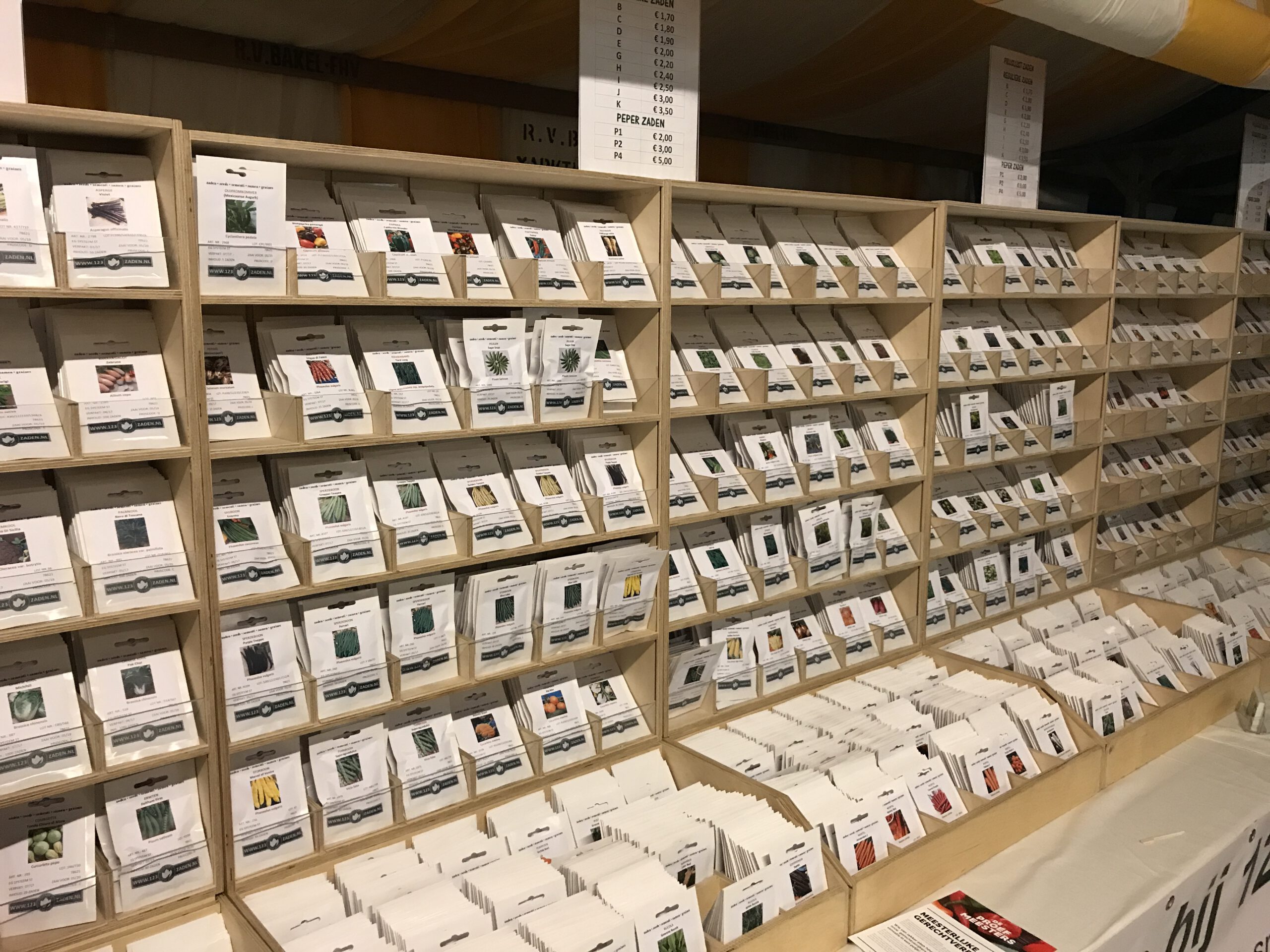 Like I said; I don’t mind my tongue being on fire.
It seems to be immune. Well, not really but I feel I can handle quite a bit these days. I wish I could say the same thing about my stomach. I ran into Johan van Stratum and his wife Marcela Bovio (you might know them from Stream of Passion, The Gentle Storm, VUUR or Mayan) so we started shopping together. When Johan was getting some beers (you need to drink beer of course. No seriously; you can take away the burning sensation with alcohol or dairy. Don’t drink water because the capsaicin doesn’t dilute in water and the contrast between the burning and the cold water makes it so much worse once you drank the water.) Anyways, yes, beer…
Marcela found a vendor who was selling some kind of tapenade and she tasted one with ‘only’ three out of five fire symbols. And remember, she’s originally from Mexico so she is used to some spicy stuff. Of course, me being an idiot, had to try the ‘five out of five fire symbol’ tapenade. By then I had quite some tasting behind me so my taste buds were pretty numb. 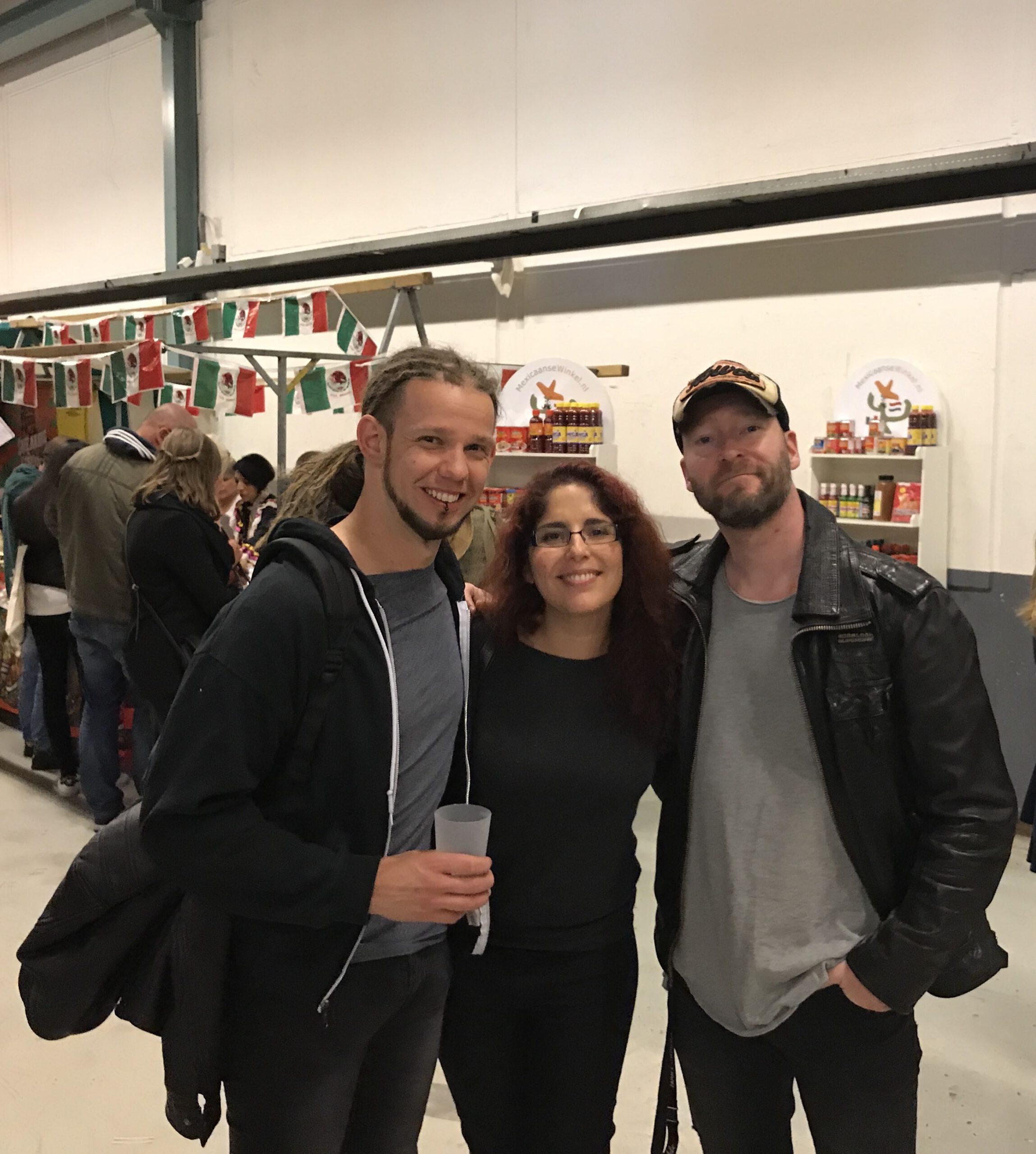 Fast forward 20 minutes:
The beer took away the burning sensation from my tongue but by then all the different sauces were having a huge party in my stomach. I was in so much pain, started sweating and I couldn’t take it anymore. I thought taking the first train home would be the smartest thing to do. 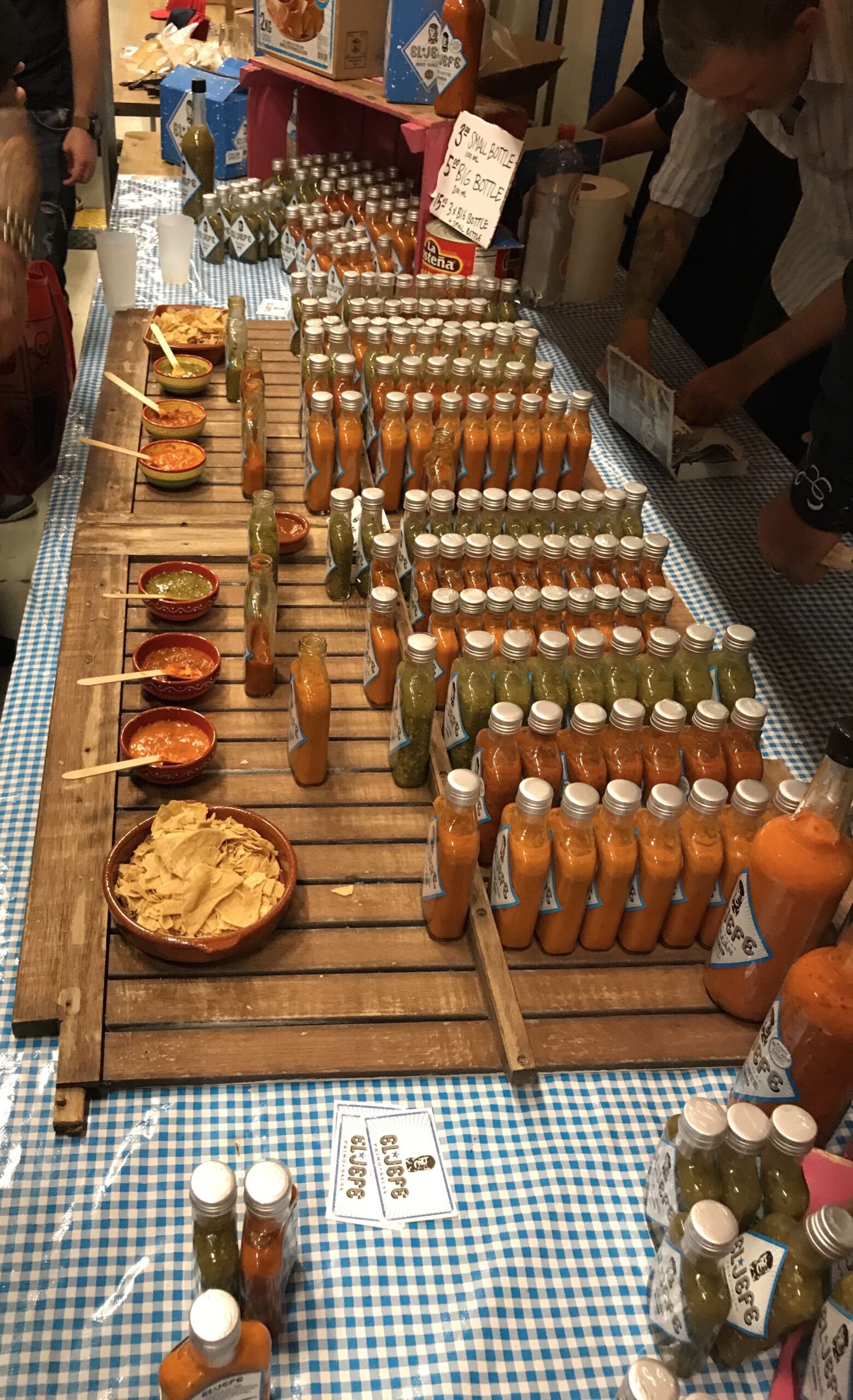 But at least I got my main reason for going to Dutch Chili Fest; a selection of nice new sauces 🙂 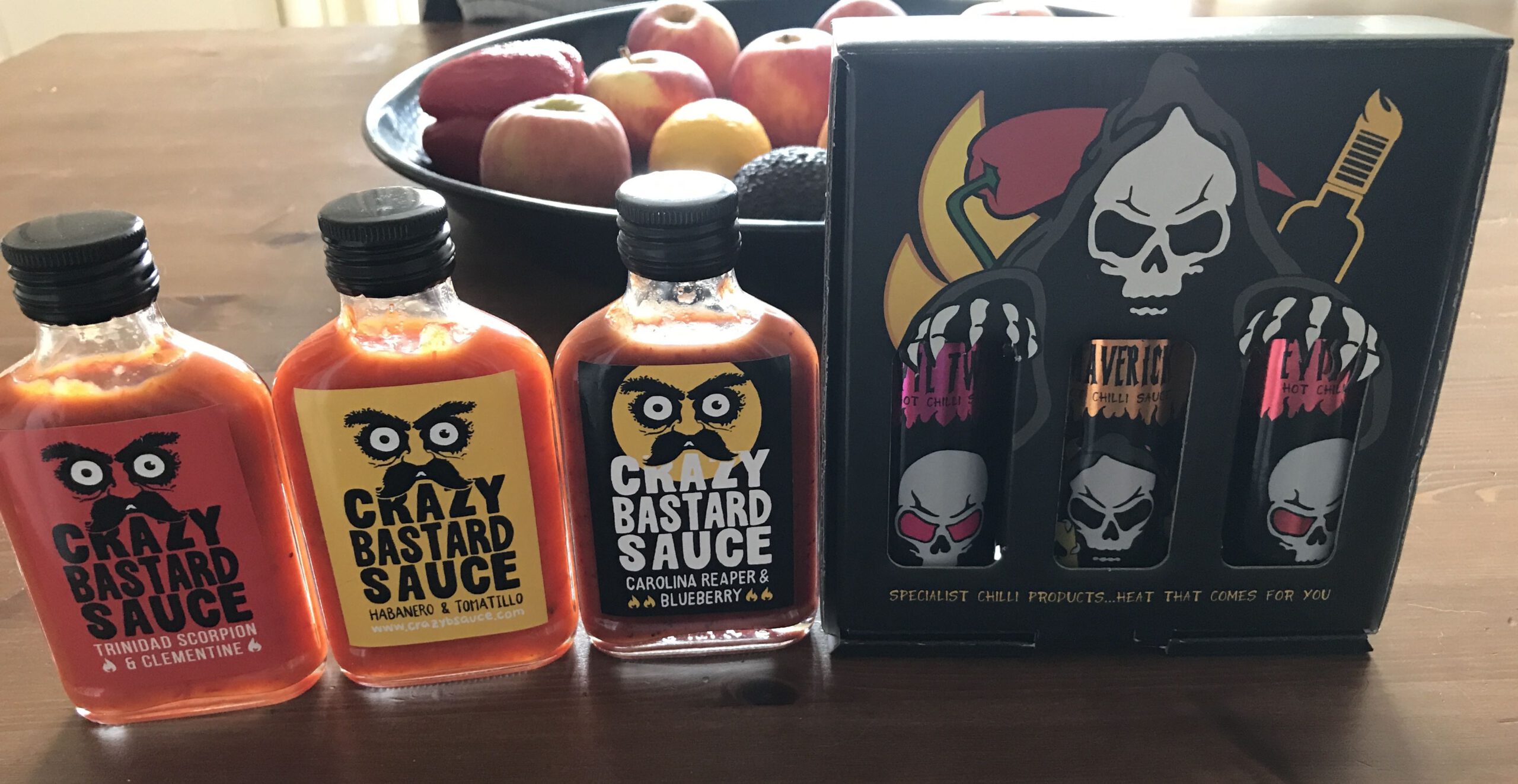