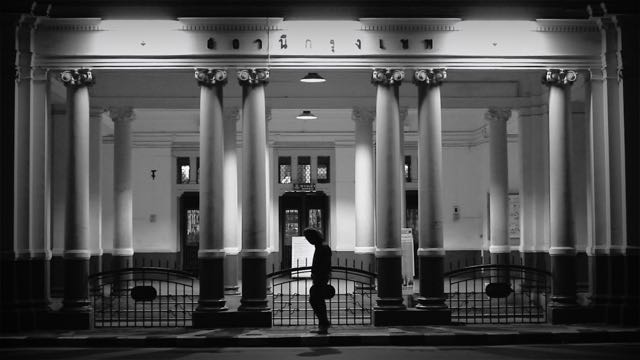 With an acoustic version of ,,Paranoid''

1Q94 celebrate once again Black Sabbath with an acoustic version of ,,Paranoid”
The vegan and green metal Thai band released a new video for Black Sabbath’s ,,Paranoid” to celebrate the 50th anniversary of the song, released on the eponymous album in 1970 (Vertigo).
The 1Q94’s version of this heavy classic piece is an inspired acoustic cover with which the Nameless Beasts want to pay homage to a band considered by many as the forefathers of the metal genre.

1Q94 comment: “In the unholy year 1970, Black Sabbath started to spread the metal gospel, this video is the second installment of a series that celebrate a band whose main lyricist has been a lifelong plant-powered artist.”

As usual, the band produced the video only for YouTube with no commercial intentions.

Read all about the thoughts and meaning behind 1Q94 in the HBLS interview here.