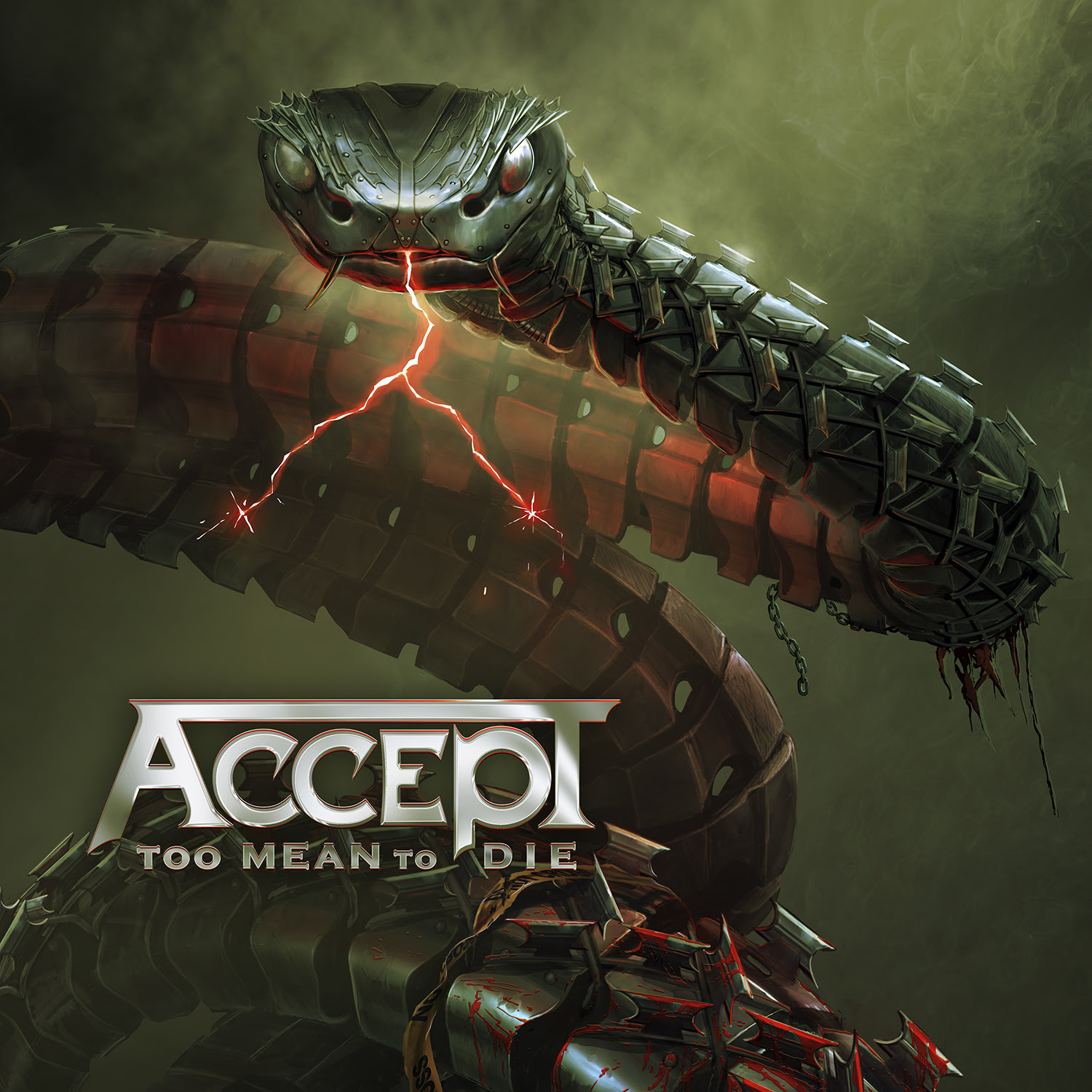 Accept release the second single/title track from their new studio album ‘Too Mean To Die’ alongside a lyric video.

In uncertain times like these you can rely on ACCEPT to deliver the goods – they will not let anything or anyone get them down, not even a virus.
Metal legends ACCEPT prove this definitively with brand new track “Too Mean To Die”! Released as an advance single today, it is intended both as a gift to fans and to wet the appetite for their full-length masterpiece, their 16th studio album ‘Too Mean To Die’, which will be released on January 15th 2021 via Nuclear Blast.
“Too Mean To Die” is a track full of unrestrained power and pure energy, certain to rip you out of all lethargy and any corona depression, no sooner than the first note hits.

The lyric video for the new single can be found here:

ACCEPT mastermind Wolf Hoffmann explains: “We decided to not let ourselves be overly influenced by current events. Fans will get a hard, direct and uncompromising metal album, but of course accompanied with a wink: we are too mean to die! Weeds do not go away! ACCEPT do not let themselves get down!”

That’s exactly how the title track comes across: driving, uncompromising, turned up to twelve! With a feeling of invincibility – “Too Mean To Die”!!

ACCEPT fans had the unique opportunity to reveal the new cover upfront, by streaming the “The Undertaker” on SPOTIFY – due to the great response the contest will continue for “Too Mean To Die“ with a lot of new prices and goodies – check out here

The album is available on CD, Cassette, 2-LP Vinyl in 8 colors plus as ltd. Edition Delux Box Set containing a CD Digipack, special colored 2-LP with a Pop-Out-Snake, cover patch and a signed autograph by the band as well as digital on all platforms. Pre-order/pre-save here

The single is available here
—