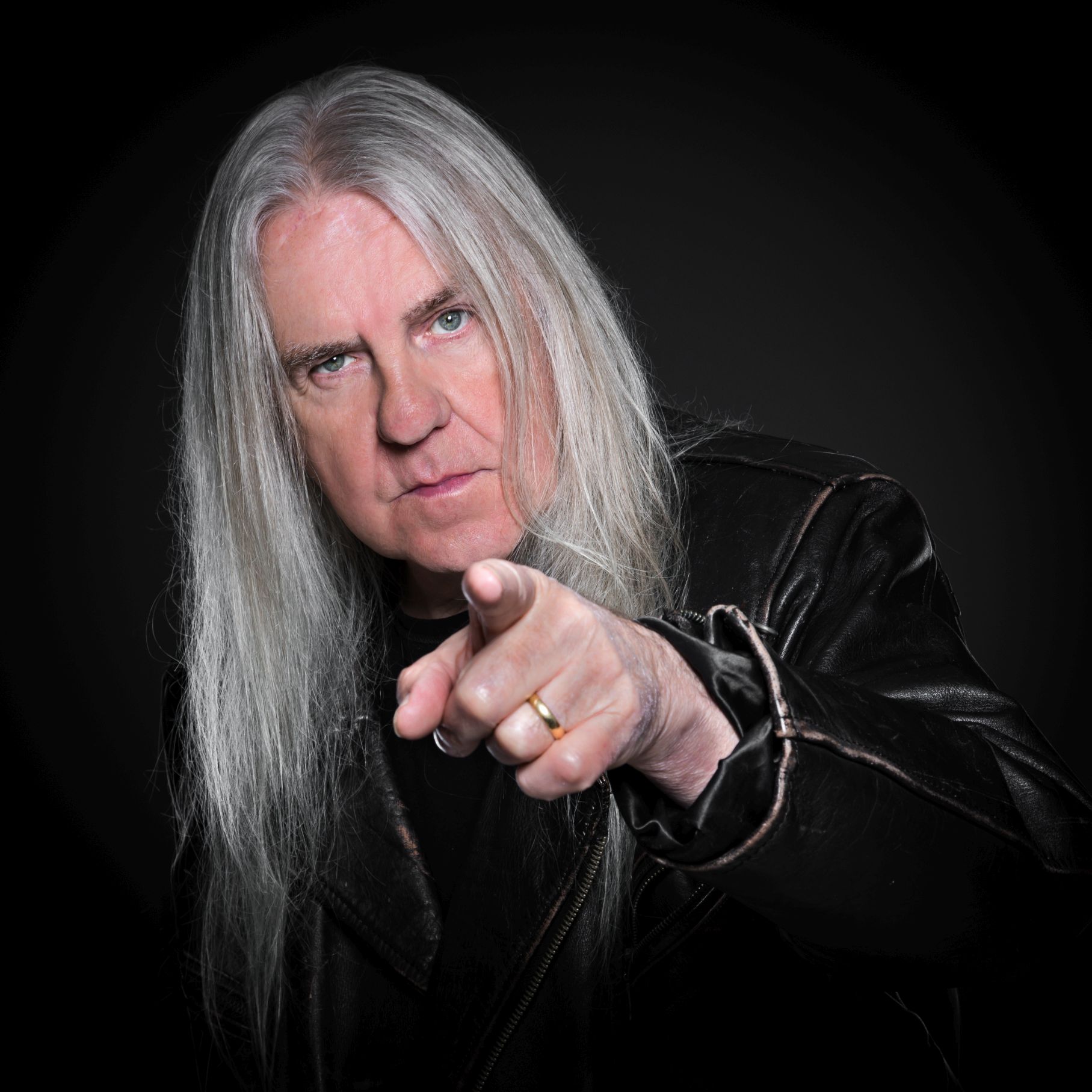 The Title Track Of His Forthcoming Album

“The title track to the album is basically biographical about my early years…” says Biff. “Have a listen to the lyrics – hope you all like it!”

With his roots firmly in The North of England, Biff has earned the right to be considered The Heavy Metal Bard Of The North and his debut album reflects the man and his personality, his loves and his musical versatility. 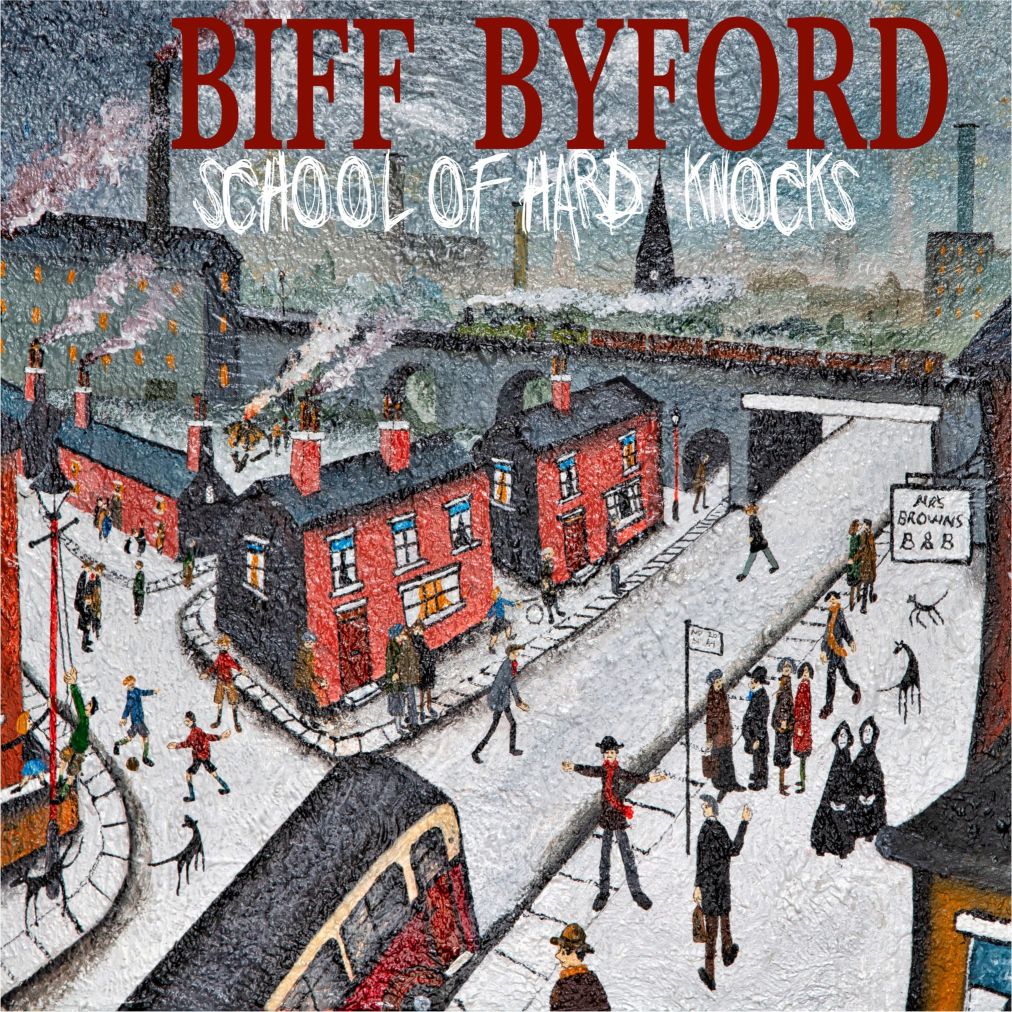 School Of Hard Knocks fulfils Biff Byford’s long-standing wish to explore rock ‘n’ roll a little more. The album is a personal journey highlighting his life and his passionate interests, from the history of the Middle Ages to growing up in the industrial North. A classic, masterfully constructed old-school British hard rock album, School Of Hard Knocks embraces a variety of musical genres and includes the Yorkshire folk classic Scarborough Fair, famously covered by Simon and Garfunkel. Byford and Fredrik Åkesson’s arrangement breathes new life into the legendary song.

Biff says: “With this album I’m singing about my past, of course, and about things I like, but mostly I wanted it to reflect me, my personality and my life.” 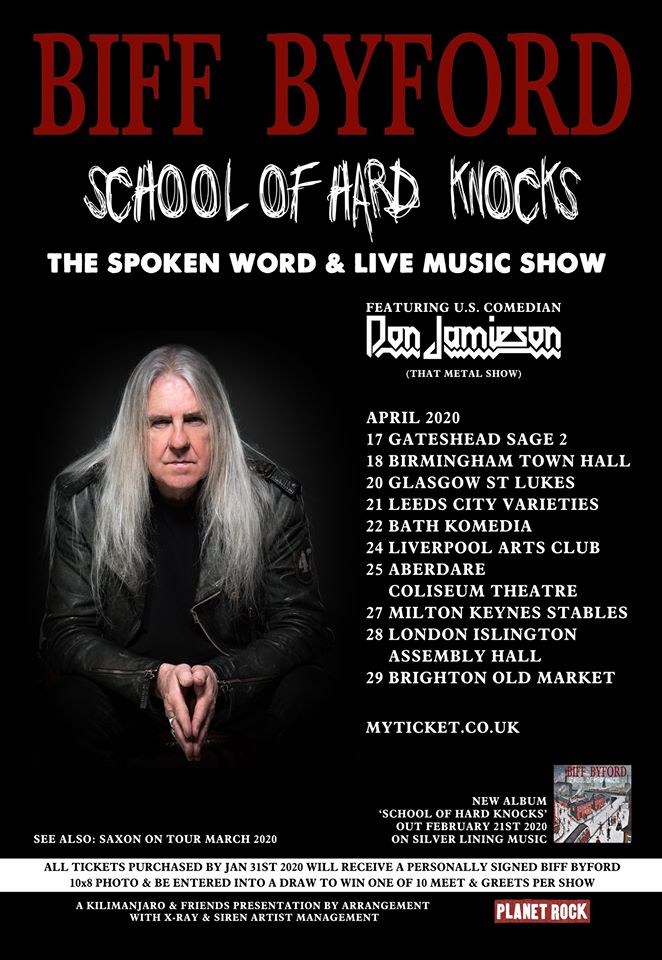 Byford recently announced his first ever solo tour dates. The tour begins in the UK in April 2020 with European dates to be announced later.

The show, in the form of ‘An evening with…’, will be split into two halves. The first features Biff in conversation with Don Jamieson (American comedian and star of VH1 Classic’s That Metal Show) on all aspects of his life and career. After the break Biff and his band will play some new songs, covers and, maybe, a Saxon song or two.

Biff says: “It’s a show I’ve wanted to do for a long time and one which I don’t think has been done in hard rock before. It’ll be something different and a lot of fun.” 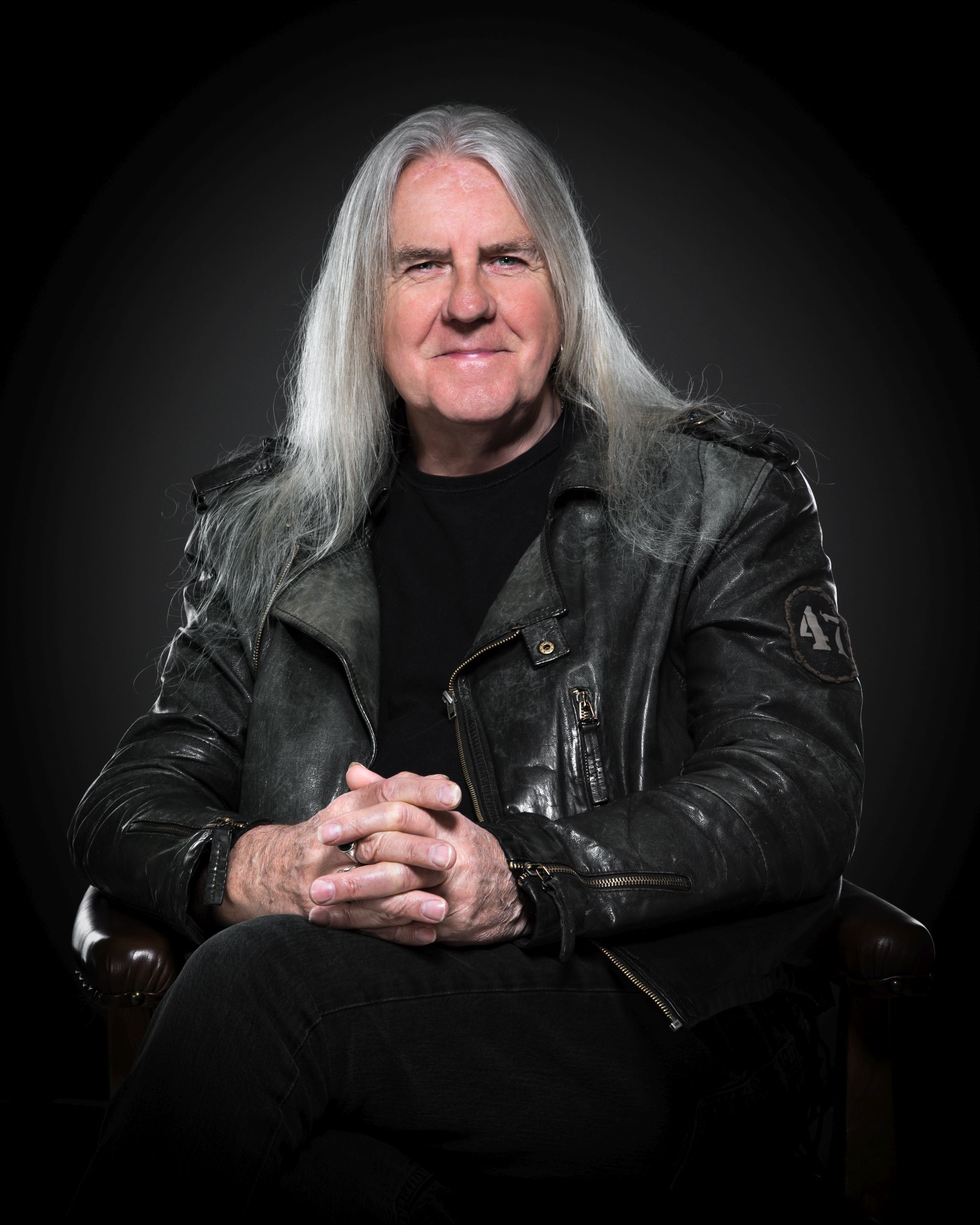