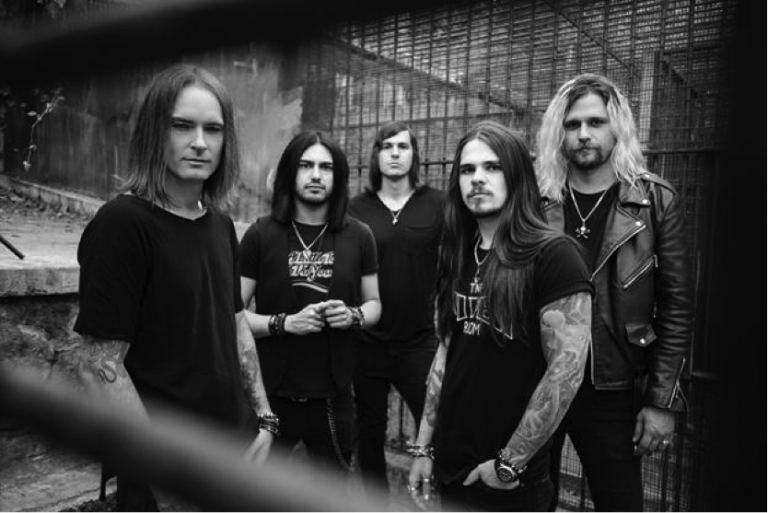 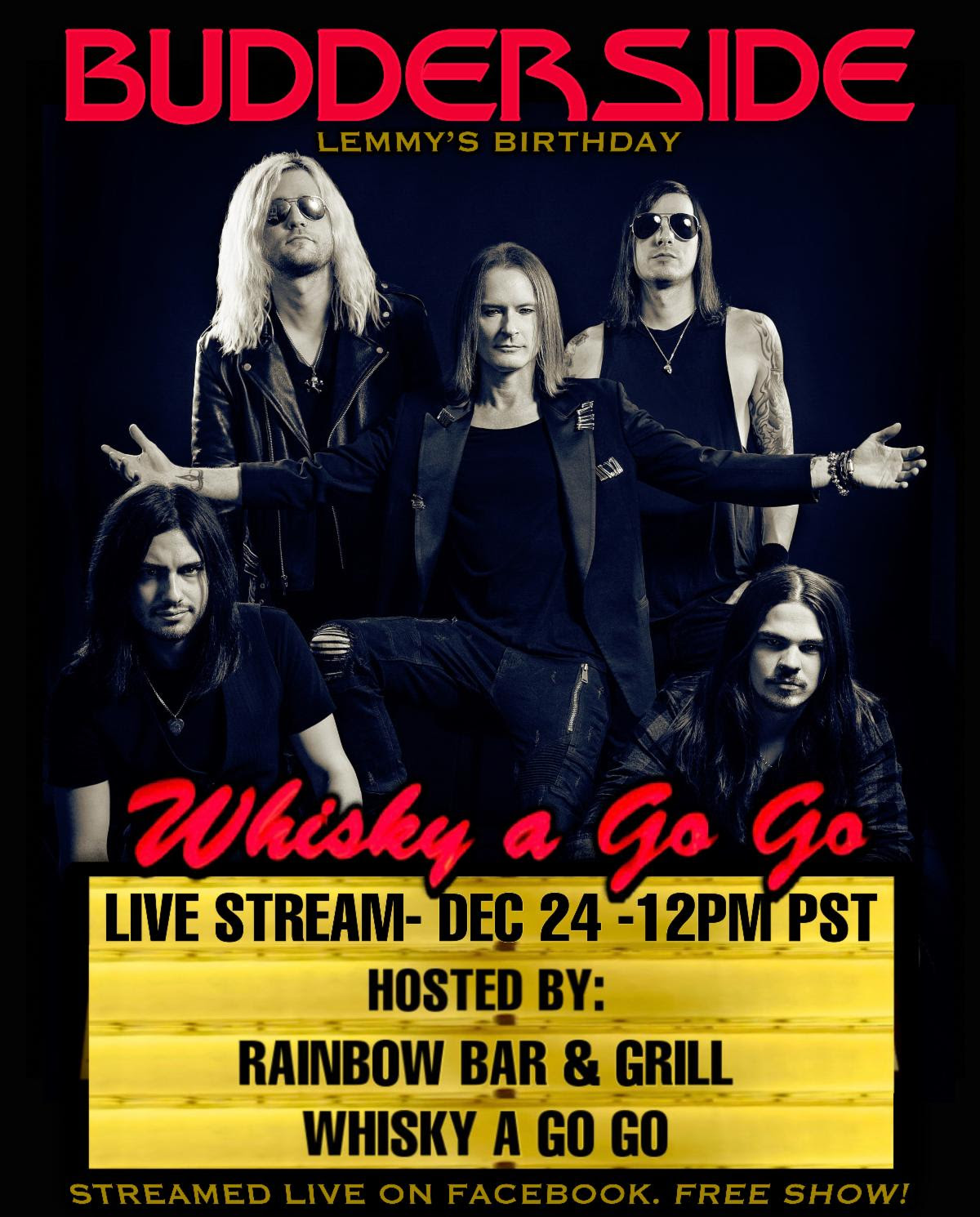 (Photo Credit: Rob Berezowski)
Hollywood-based heavy rock & roll outfit BUDDERSIDE bridge the gap between the sexy swagger of the Sunset Strip and the soulful depths of Seattle. Having been personally signed to Motörhead Music/Silver Lining Music by the late Motörhead vocalist Lemmy Kilmister due to founder/vocalist Patrick Stone (ex-Adler’s Appetite) being part of his famous “road crew,” the band will honor Lemmy on his birthdate, December 24, with a festive livestream performance from the infamous Los Angeles venue, Whisky-a-Go-Go. The free show will be hosted by the equally infamous Rainbow Bar & Grill—a daily hangout spot where Lemmy visited–and the Whisky simultaneously via their Facebook pages at 12:00 P.M. PST. The livestream will feature new music from their upcoming March 26 album SPIRITUAL VIOLENCE—recorded with legendary producer Jay Baumgardner (Bush, Godsmack, Papa Roach)—along with a Q&A session with MTV VJ/music personality Matt Pinfield, who will also join BUDDERSIDE onstage to guest on their cover of the classic Motörhead song “Ace of Spades.” RSVP for streaming links and further details at https://www.facebook.com/events/437015540657885.
“Join us on Lem’s birthday, December 24 at Noon (PST),” says BUDDERSIDE. “We’ll be playing songs off our forthcoming album ‘Spiritual Violence,’ delivering some super sick Motörhead surprises and even a Q&A by the legendary Matt Pinfield. Let us bring Lemmy’s Lounge to wherever you may be and let’s raise a toast (and a little hell) together!”
—
Header Photo Credit: Mathias Fau
Share article