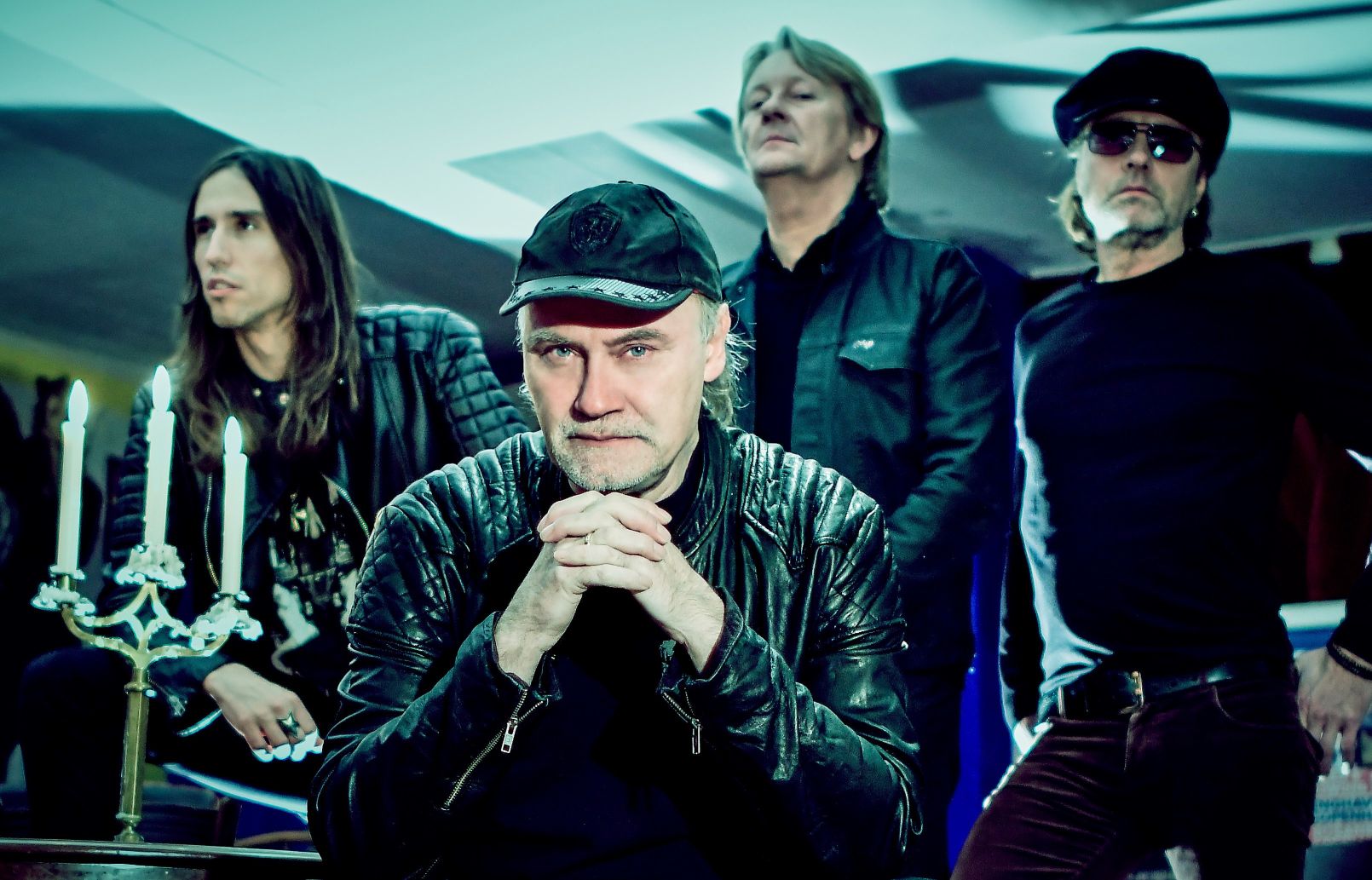 ‘Fountain Of Grace’ is the new EP (release date: July 26th) from Mercyful Fate guitarist Michael Denner and his new band Denner’s Inferno and a teaser for the upcoming album ‘In Amber’ to be released later this year on Mighty Music.

Denner’s Inferno was created in the ashes of his former band Trickbag in 2018.
Mainly to transform the band from 70’s progressive hardrock to a more current vibe with new original songs and a new line up. Michael Denner comments: “After a lot of thoughts around what to do next I ended up doing what turned up to be the exact right move towards the music style I really love ; 70’s inspired Heavy Rock. The choice of team for this one came very natural. Bjarne and Flemming I’ve known for decades and exactly what they are capable to do with the rhythm section, and a good vibe to go with it. And by introduction from Mighty Music’s Michael H. Andersen I found the golden voice of Chandler Mogel. A New Yorker with deep roots in the same music style as I love to do. This time I chose a selection of songs I wrote with good people during the last few years and a few obscure covers of songs which have made an impact on my taste in music since my journey as a heavy rock guitarist started many years ago now. This album is for the listeners who like their music hard and heavy with strong beautiful vocals and some No Nonsense playing to back it up. Enjoy !!!!!!”


The EP is released in 500 limited copies black 12” vinyl and 500 limited edition jewelcase CDs. The title track “Fountain Of Grace” will be released as single and music video on the 26th of July and upcoming album ‘In Amber’ to be released in November worldwide through Mighty Music. Check out the short teaser for the single.