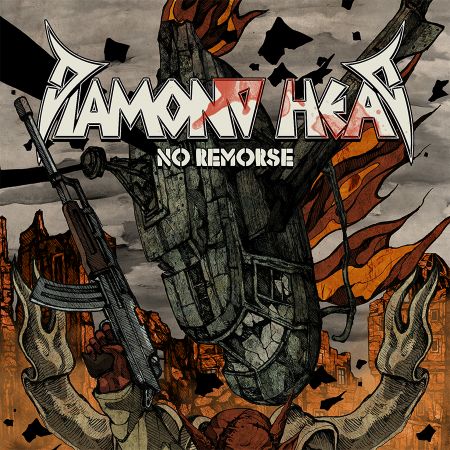 'Lightning To The Nations 2020' Nears Release

When Diamond Head first released ‘Lightning To The Nations’ 40 years ago in 1980, few could have predicted the importance it would carry with regards to heavy metal’s new wave and sound. Stacked and packed with riffs ,’Lightning To The Nations’ would be one of the prime catalysts for a movement known as the New Wave of British Heavy Metal (NWOBHM). 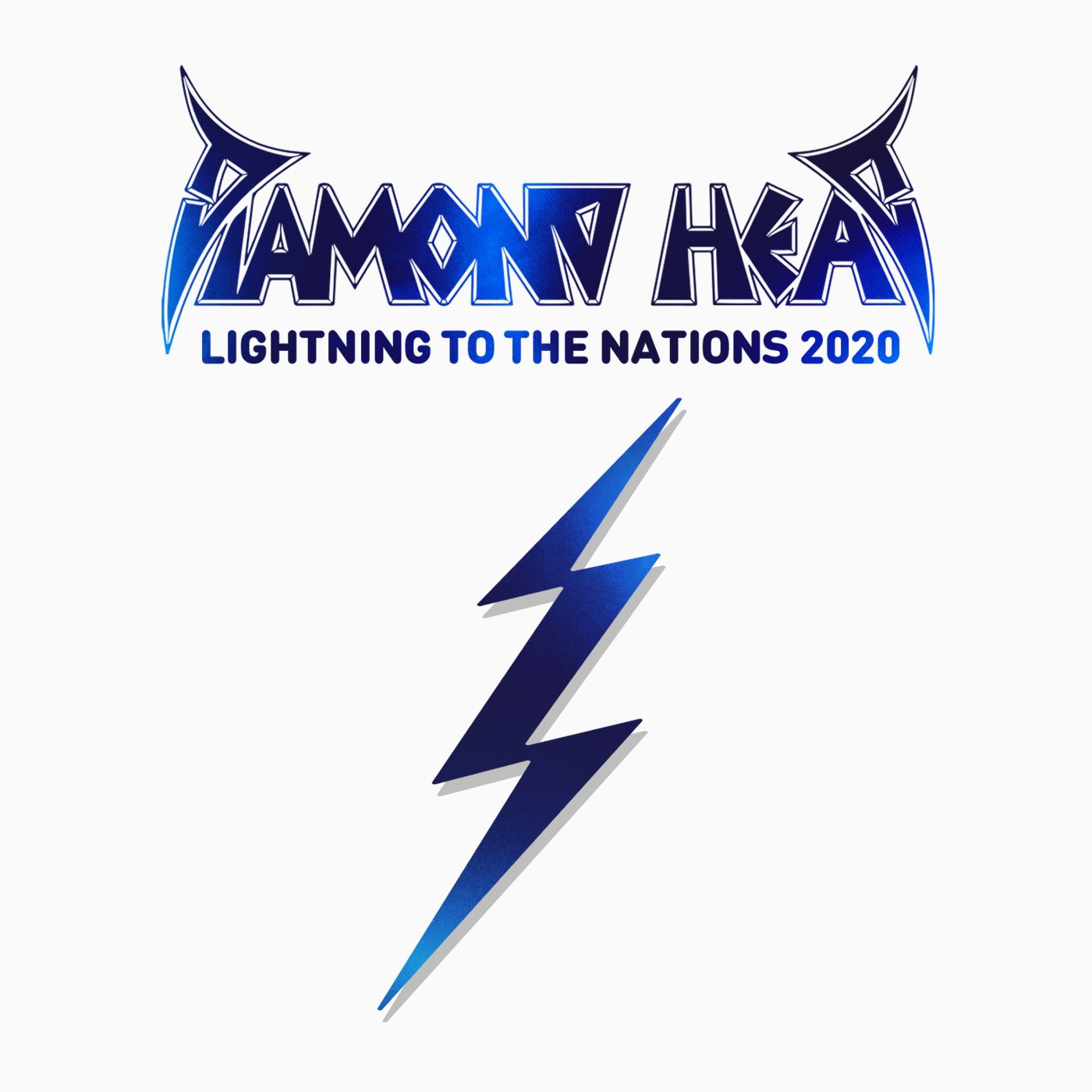 Re-imagined, re-recorded and re-born in 2020, Diamond Head’s forthcoming 40-year celebration of their genre-defining debut album is a scintillating shot of fresh metal energy. With ‘Lightning To The Nations 2020’ nearing release, listeners will soon experience not only the rare phenomenon of crisp, fresh and new sounding songs with very little of the obvious original elements altered, they will also be treated to four supreme cover versions… And in prime position stands Metallica’s ‘No Remorse’.
With Diamond Head having featured so heavily in Metallica’s early career, the cover of ‘No Remorse’ seems especially appropriate. Accompanying the release of this monumental track, Diamond Head also unveil their thought-provoking animated video, created and directed by Costin Chioreanu.
“I wanted to cover a song from Metallica’s debut album, ‘Kill ‘Em All’” explains founding member Brian Tatler. “Partly because Metallica covered songs from Diamond Head’s debut album ‘Lightning To The Nations’ and it felt like thingshave come full-circle to me. None of the band members knew how to play any of the songs from ‘Kill ‘Em All’ and I eventually decided we should all learn ‘No Remorse’. Then when we got into the rehearsal room, we played ‘No Remorse’ and immediately it just sounded great, it was very “Diamond Head” and it really suited us as a band.  Of the four covers we ended up doing, ‘No Remorse’ sounded the best straight away.  I’ve seen Metallica live over twenty times and they don’t play ‘No Remorse’ very often, but it’s always great when they do!”

“Of all the four covers, we almost didn’t have to work on ‘No Remorse’,” furthers singer and producer Rasmus Bom Andersen; “we all had to learn the parts, and it’s very difficult to play, but in rehearsal it did sound fantastic and we thought: “yeah, yeah, it’s gonna be mega”. It was almost surreal when we did it because it just felt incredibly familiar.”

Watch/Listen to ‘No Remorse’ here;


Watch/listen to the recently released ‘Am I Evil?’ and ‘It’s Electric’.


Recorded over several sessions between various locations, from France to band members’ home studios, ‘Lightning To The Nations 2020’ central hub was Andersen’s Raw Sound Studios in London. It’s where Brian and Abbz did the guitars in February and March of this year, and then with the COVID-19 chaos striking, Andersen worked on the album between April and July, with Tatler’s watchful ear inspecting final mixes and tweaks in early August before sending off
to mastering at Metropolis Studios in London.

This edition of the album sees Diamond Head spreading their wings and creating the heaviest of homages also to Led Zeppelin, Judas Priest and Deep Purple. ‘Lightning To The Nations 2020’ will be released on November 27 th 2020,
via Silver Lining Music. Available in multiple formats, special D2C bundles, including a limited edition autographed ‘No Remorse’ poster. For pre-orders, go to THIS LOCATION.


Itching to the get back on the road, Diamond Head have also recently announced the dates for their anticipated 2021 UK Tour; tickets are available here. 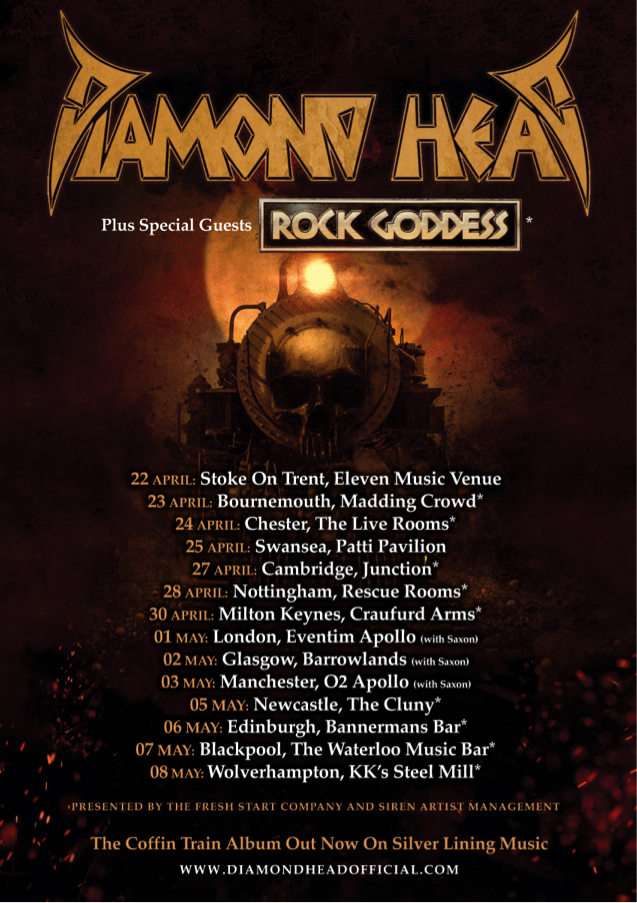