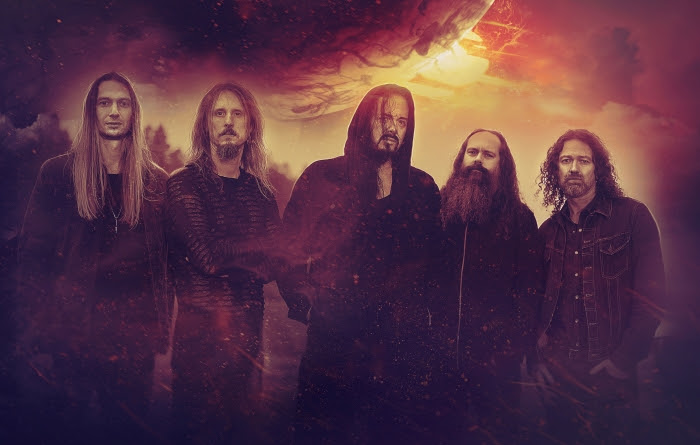 Creating hope in those times is essential, this is what “Eternal Nocturnal” is able to evoke in people, deepest confident and arising hope, balsam to your soul. A feeling of solidarity is being created by the hymn-like chorus that takes you to the positive inner of yourself.


Written and recorded during the ongoing global Covid-19 pandemic, “Escape Of The Phoenix“ came to life according to plans that had been laid out in 2019. Englund and drummer Jonas Ekdahl began composing the songs in January, creating a foundation for the album before EVERGREY gathered together and arranged the songs as a group. Unlike a typical creative process, which is often interrupted by appointments, travelling and one-off shows, lockdown requirements gave the band much needed time to work unhindered. The result is 11 songs that embody everything EVERGREY fans have to expect, albeit “a more metal version of “The Atlantic”, with songs that are more direct” according to Englund and producer Jacob Hansen.

”Escape Of The Phoenix” continues to showcase Englund as a powerful lyricist as he once again digs deep into himself, only this time he wasn’t restricted by the story developed and told over the previous three albums. With this new freedom he was able to write about whatever came to mind, with subjects ranging from intensely personal, his view of the world, mankind, and personal relationships.

“I write lyrics for myself, to get things out of my system,” says Englund. “This has been my therapy, really, for the last 25 years. I’m very certain that if we didn’t do this, I would be a much more miserable person. I’ve got to thank music for everything, especially having the outlet to write lyrics. There’s a theory that writing things to yourself is therapeutic, and I think that’s very true. The composing of the lyrics is extremely important to me; just as important as writing the music. Even more, sometimes. For me it’s like painting a picture with words. I see really clearly what it’s about; it’s a world for me.” The album is on pre-order now:
https://afm.fanlink.to/EvergreyEscapeOfThePhoenix