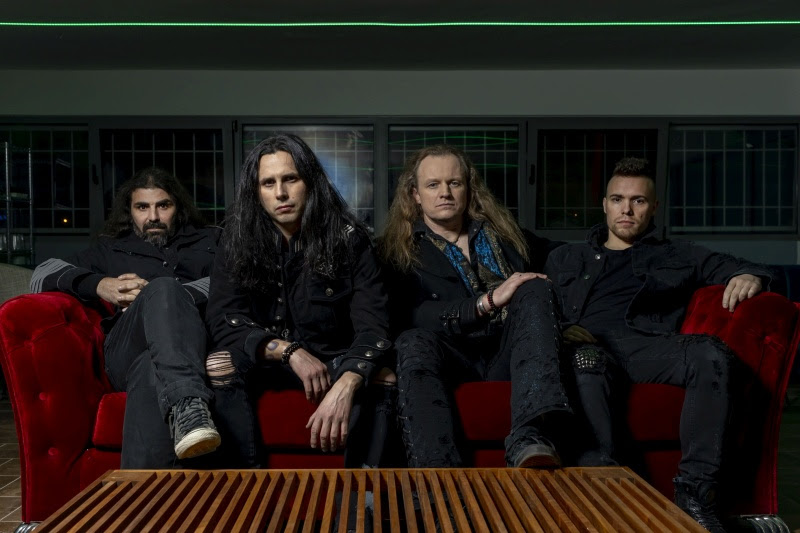 While the band was forced to stay at home, due to the pandemic, they kept their creative spirit high and are now happy to present a new lyric video for the powerful and intense song ,,Devour” which also incorporates band performance scenes of all members.

Gus G. states: ,,Devour” was the first song I co-wrote with our new singer, Herbie Langhans. After hearing his vocal melodies, it was pretty obvious to me that he was the right man for the job, as this sounded 100% Firewind and features all the elements that the band is known for – melody, heavy attitude, catchy hooks, shredding solos, it’s all there. Lyrically the song is about the endless pursuit of mankind for social status, wealth and getting caught up in the rat race.”

FIREWIND plans to return to stage later this year when things will look safer for all of us, so expect tourdates to be announced in the coming weeks!

The lyric video was produced by 12 Inch Media. Check here: