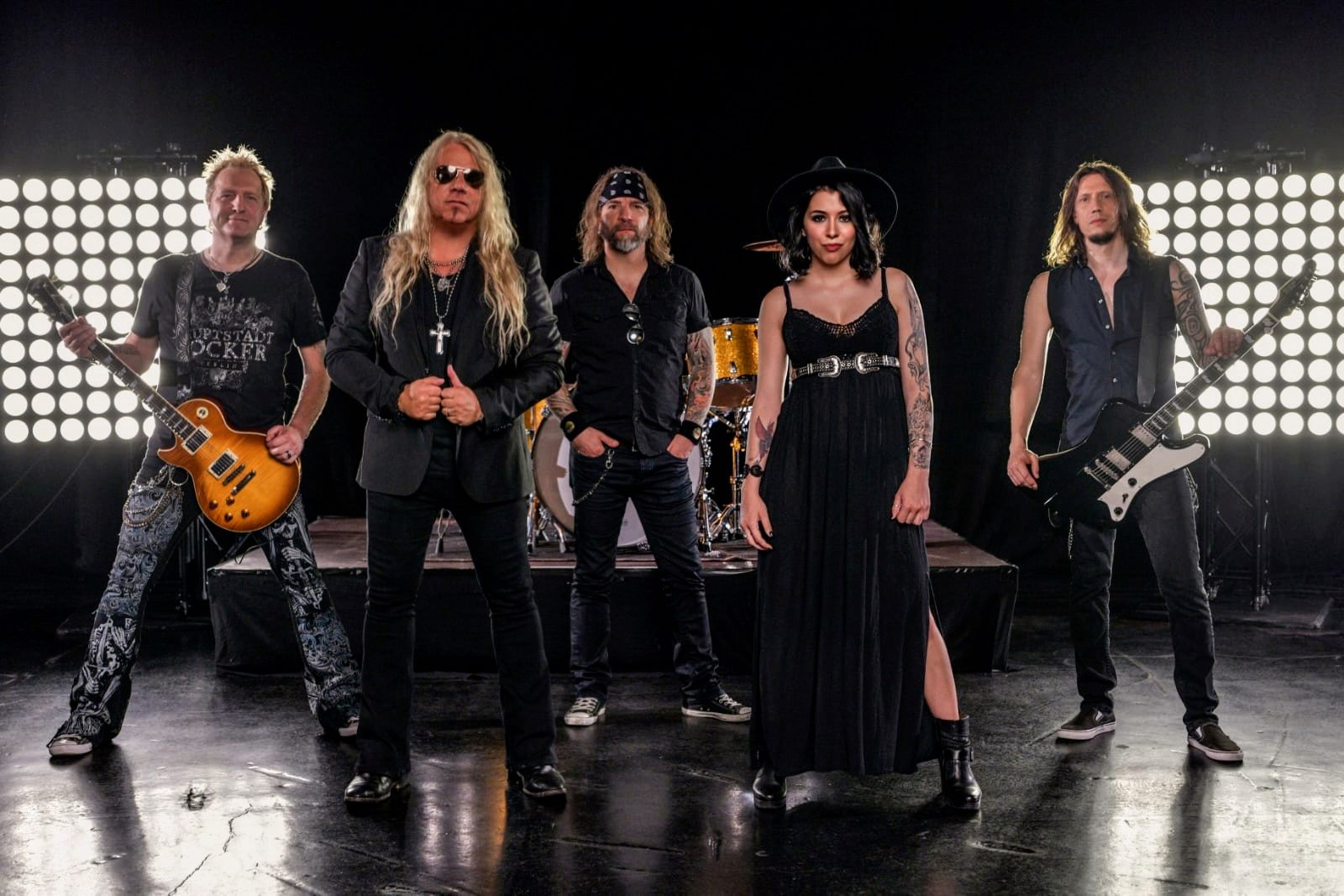 The new outstanding album ‘Santa Muerte’, release date September 13th, 2019, is the seventeenth studio album in their more than 35-years of band history.

But let’s begin with the most obvious innovation: ‘Santa Muerte’ features a permanent second voice, alongside frontman Mat, for the first time. This voice is female, hails from Venice and answers to the name of Giorgia Colleluori. Mat: “I’d first noticed Georgia in her own band, Eternal Idol, that’s why we enlisted her as a background vocalist for ‘Rock meets Classic’. During that tour it transpired that Georgia would fit in really well with Sinner. So we asked her to join us on stage for three classics during a number of shows in Australia, Japan and Germany. The audience’s reactions were awesome, so we decided to ask her to join the band on a permanent basis.” Colleluori’s vocal range has lent a whole new dimension to Sinner’s current songs in particular – according to Mat – “a dimension that I wouldn’t have been able to achieve by myself.”

The second innovation: in Ricky Warwick (Thin Lizzy, Black Star Riders) and Ronnie Romero (Ritchie Blackmore´s Rainbow), ‘Santa Muerte’ features two of the currently most charismatic vocalists of the international rock scene as guests. “I met Ricky in connection with Rock meets Classic, too,” explains Mat. “We frequently sat on the tour bus together, talked for hours and have become real friends. Ricky is very similar to me, down to earth, honest, a little rough.” Warwick’s unique voice can be heard on ,,What Went Wrong’’, a straightforward rock number with an Irish-inspired Thin Lizzy flair. Ronnie Romero on the other hand, whose voice features on ,,Fiesta Y Copas’’, came to Sinner’s attention in 2015 for the first time at a major festival in Italy, where Mat’s power metal act Primal Fear and Romero’s Spanish band Lords Of Black played on the same stage. Other guests on ‘Santa Muerte’ are Swedish guitarist/co-songwriter Magnus Karlsson (Primal Fear, Allen/Lande) on ,,Death Letter’’ and background vocalist Sascha Krebs, who already contributed fantastic choir parts to (almost) all songs on Sinner’s previous release ‘Tequila’.

You’ve already guessed it: Sinner have delivered another outstanding album, recorded by a line-up consisting of excellent artists, such as guitarist/co-composer Tom Naumann and Alex Scholpp as well as drummer and new addition Markus Kullmann (ex-Voodoo Circle). ‘Santa Muerte’ was produced by Mat Sinner and co-produced by Dennis Ward (Pink Cream 69, Unisonic, Gus G.), who also recorded and mixed the new album. Following the first single ,,Fiesta Y Copas’’ (including video), Sinner are set to release two additional singles plus video clips: ,,Last Exit Hell’’ will be out on 16th August, followed by ,,Death Lette’r’ on 6th September. Any other questions will be answered by Sinner in full volume from September 2019 on ‘Santa Muerte’ or at the release shows. 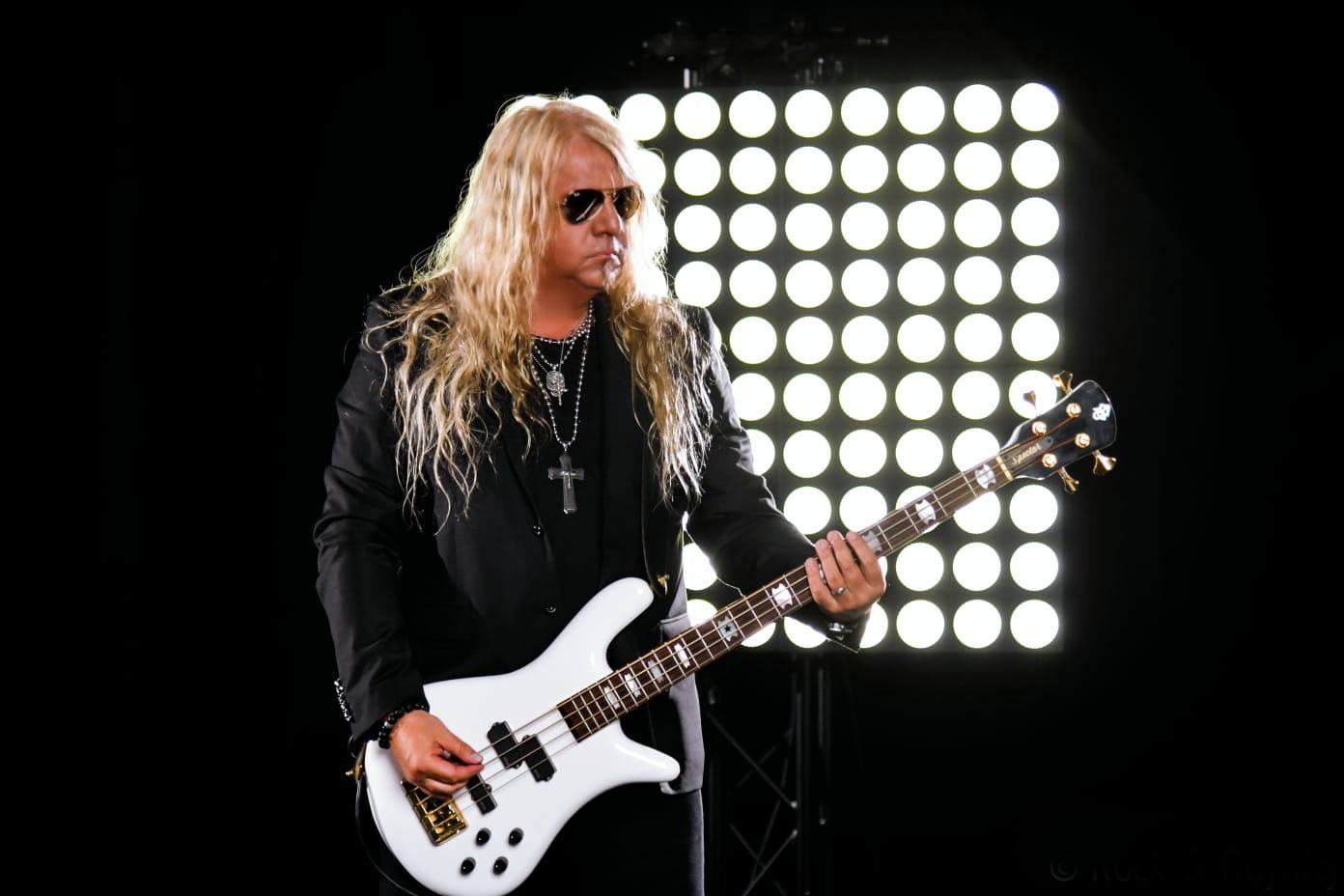