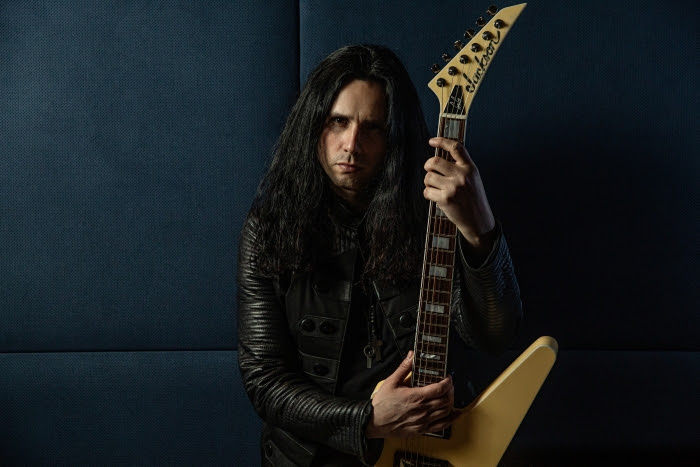 Along with new single ,,Fierce''

Guitar shredder and string virtuoso GUS G. released his exceptional new single „Fierce“ yesterday. To round this up, Gus teamed up with filmaker Panagiotis Kountouras to produce a videoclip that offers unequalled opportunities – a very special love story with corpsepaint included. Are you ready for this?

Have a look at the videoclip for „Fierce“ here:

No black metal makeover, nor did he change his style of music – Gus is just having fun doing something totally unexpected. With corpsepaint on his face he’s trying to overcome the daily rockstar routine and in the end finds true love.

Gus G. states on this: „I came up with the concept of a lonely Rock star who eventually finds true love in the eyes of “Necromantissa” – a girl he previously kept hostage in his dungeon. Music finally unites them and they live happily ever after and even form a Metal band. Nightmare or reality? […] We had tons of fun shooting this, getting in full makeup. I love certain black metal & shock rock aesthetics & wanted to try something different, instead of doing yet another performance video. And I also wanted to make a video with my cats too“

“Fierce” is the follow up single to “Exosphere”, Gus’ first solo music release in 3 years which came out back in April and was very well received by guitar fans & instrumental music lovers. The single proved to be a nice opportunity for Gus to engage with his fans, after he invited them to virtually jam with him by uploading their own version of the track.