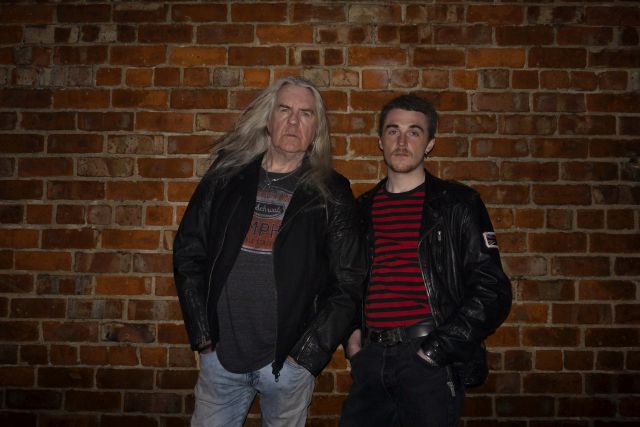 London, July 23rd – Heavy Water’s debut album, Red Brick City -the lockdown 2020 project between Saxon’s Biff Byford and his son Seb Byford– is out now and streaming via Silver Lining Music! To mark its release, Heavy Water have released the ‘Making Of [Red Brick City]’ documentary. Dive in, and soak yourself in the purity of their music.

Red Brick City was recorded and engineered by Seb Byford at the Big Silver Barn in York, UK, while the drums were recorded by Ben Hammond at Reel Recording Studio in York. Produced by Seb and Biff, with Jacky Lehmann mixing and mastering, Red Brick City sees Seb take the reins on guitar and vocals, whilst Biff takes up the bass and vocal mantle. Tom Witts plays the drums, while Dave Kemp rounds out the Heavy Water line-up on keyboards and saxophone. A rich, lustrous ride through profoundly rewarding rock waters.

What does the press say?

“Within the mixture of retro rock, grunge and alternative Biff’s voice is surprisingly good and fitting and his son sounds just as good as him” – Metal Hammer

“A proper slice of 21st Century rock. It also gives us the chance to hear The Byfords sing together. Their voices, unsurprisingly, blend beautifully” – MetalTalk

“A highly impressive debut and one that’ll bear repeat listenings. Heavy Water have well and truly arrived with a splash” – GetReadyToRock

“Embedded in the classic Rock’n’Roll soul and adorned with dirty, hard riffs.  A smoldering steam with a riff that Soundgarden would be proud of” – ER EM

“An excellent rock album that shows various nuances of rock, all held together by musicians that obviously enjoy what they are doing, unleashing their passion and dedication for rock” – Heavy Music Blog

An album by Biff and Seb Byford

Recorded and engineered by Seb Byford at the Big Silver Barn, York