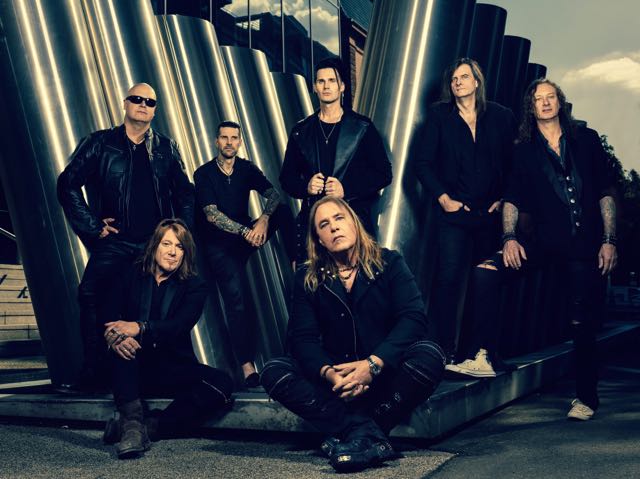 
Forget HELLOWEEN – Here comes HELLOWEEN
This is the beginning of a new time calculation: Please stick together!

This was the ardent wish of thousands of fans calling out to Andi Deris, Michael Kiske,Michael Weikath, Kai Hansen, Markus Grosskopf, Sascha Gerstner and Dani Löble during the PUMPKINS UNITED WORLD TOUR – and their dream has come true! With the upcoming album, simply titled HELLOWEEN, the band opens a new chapter after 35 years of a glorious career. The future of one of the most influential German metal bands from now on will feature three singers. Originally planned for the live performances only, it was the birth of a unique seven piece metal alliance.

Dani Löble: „This record is the coronation of the PUMPKINS UNITED journey! Still, until  today I am fascinated by the different character traits and facets of the HELLOWEEN history. Per example the legendary voices of Michi, Andi and Kai. To enjoy them now together on one record, under one flag is the ultimate HELLOWEEN experience”. It is therefore not surprising that the pre-release single “Skyfall” (out on april, 2nd), a 12 minute epos written by Kai Hansen, has the long yearned “Keeper-vibe” – even if the long player can by no means be limited to it. “Skyfall” implies the musical arch which will be loved by fans of every era. This first album of a new age is taking the fans from unforgettable memories of the fifteen studio records and four live CD’s to new adventures.

“Skyfall” begins with a bang. The epic track describes an alien landing on earth and a dramatic chase while Kiske, Deris and Hansen duel with each other in a breathtaking manner and create a vocal broadband adventure. Produced by Martin Häusler, it is the most elaborate video clip in the history of the band; shown with 3-D animation and having a cinematic look, this video is a real high end experience.

The base of this milestone album was already erected in the studio: using the original drum kit of Ingo Schwichtenberg, the recording was done with the same modulators at the Hamburg HOME studios where back then „Master Of The Rings“, „The Time Of The Oath“ and „Better Than Raw“ were recorded. Completely analog and under the eyes of long term producer Charlie Bauerfeind and co-producer Dennis Ward, the UNITED impact travelled to New York and got the final mix in the Valhalla Studios of Ronald Prent (Iron Maiden, Def Leppard, Rammstein). „After 30 years with the different line ups of the band I really thought I was well prepared for another extreme challenge, but I was wrong! My expectations were highly exceeded in every way with this super-sized creativity package”tells us Bauerfeind.

Besides all musical competence, it is also the special enthusiasm that defines HELLOWEEN. Michael Weikath characterizes in his own way: „It is the incomprehensible encounter of seven musicians who are working as friends and even family and created something that no one would have thought it could be possible. It is like awaking from a sleep but still being in an incredible dream“. Returnee Kai Hansen reflects: „Being in the studio with my old companions after 30 years was very emotional for me. But at the same time it was a completely different experience with the “new” boys. The collaboration of different songwriters and strong characters made the album very special: a unique mix with reminiscences from all chapters of the band’s history. HELLOWEEN is a big part of my life and I am looking forward to celebrating the songs live for and with our fans“! From another perspective Markus Grosskopf agrees: „For me, being one of the last ‘survivors‘ who played every note from the beginning, it was a fantastic experience and a very emotional process. I think everyone can hear it on this album. I love it“. 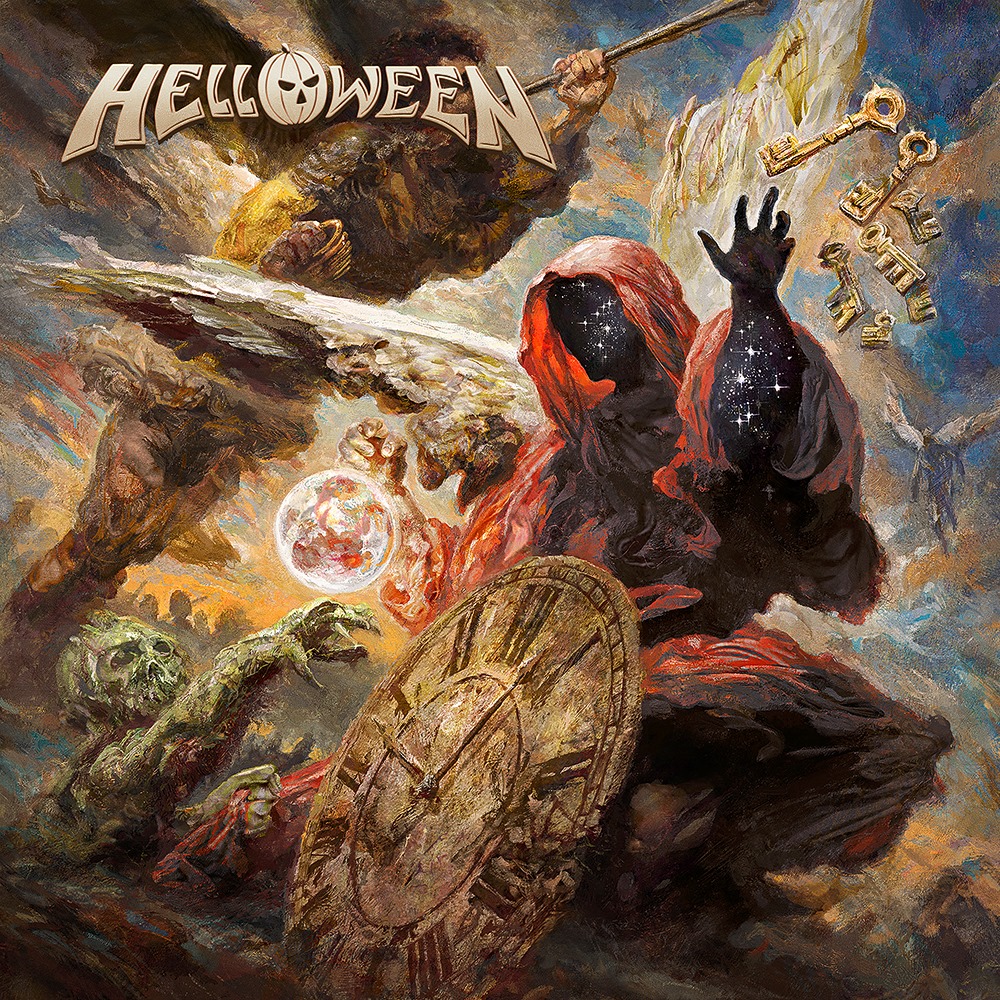 With all this brand new material an album has been created, an album that is set apart from the digital mainstream and showing the essence of the band was never more solid. This is the beginning of something big – here comes HELLOWEEN.

„HELLOWEEN“ will be released on June 18th, the album pre-order will kick off on March 26th.

The first single “Skyfall” will be available on CD, digitally and in two different vinyl versions.

Single 1: Vinyl, CD, digital:
‘Skyfall’ (single edit) + ‘Skyfall’ (exclusive alternative vocals mix). Both are exclusive single versions and will not be on the album. Around 20 minutes playing time.

Pre-order the singles here in the format of your choice: http://nblast.de/Helloween-Skyfall