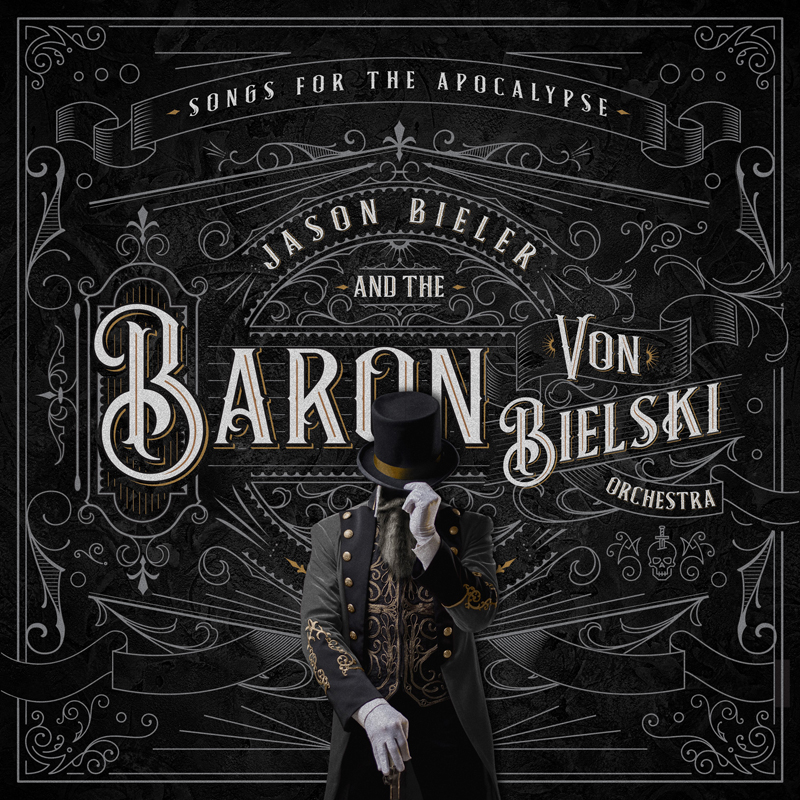 AND THE BARON VON BIELSKI ORCHESTRA

Jason Bieler is prepared to release his second solo album, “Songs For The Apocalypse”, his first one “Houston, We Have A Problem” was released back in 1998. Bieler is a singer, guitarist, songwriter and producer who is also known for playing with hard rock band SAIGON KICK, which achieved a platinum single in the US with the timeless hit “Love Is On The Way” from its gold-selling album “The Lizard”, which Jason also produced. Bieler also played in an early touring version of TALISMAN with Marcel Jacob and Jeff Scott Soto, as well as SUPER TRANSATLANTIC, with EXTREME bassist Pat Badger, earning them a gold record for their work on the soundtrack for the “American Pie” movie. Recently, Bieler had been touring extensively as a solo artist (until the worldwide pandemic slowed that down).

“Songs For The Apocalypse” JASON BIELER AND THE BARON VON BIELSKI ORCHESTRA, sees Bieler working with a diverse array of longtime musical friends like Todd LaTorre (ex-Crimson Glory, Queensryche), Dave Ellefson (Megadeth), Devin Townsend, Pat Badger (Extreme), Butch Walker (ex-Marvelous 3), Bumblefoot (ex-Guns ‘n’ Roses, Sons of Apollo), Clint Lowery (Sevendust), Benji Webbe (Skindred), Kyle Sanders (Hellyeah) and more!  When Bieler was reached for comment about the new album, he said: “I’m fairly certain they mistakenly assumed they were signing Justin Bieber based on the blockbuster deal we signed…but it’s too late for them now as I’m already recording and spent an obscene amount of the budget on my Super PAC advocating that ‘Lunch Is On The Way’ be Subway’s new official theme song.”

Second single “Bring Out The Dead” with David Ellefson on bass and Devin Townsend who’s responsible for the guitar solo, will be released on December 15th.  “Songs For The Apocalypse” will be in stores on January 22nd on Frontiers Records.
—