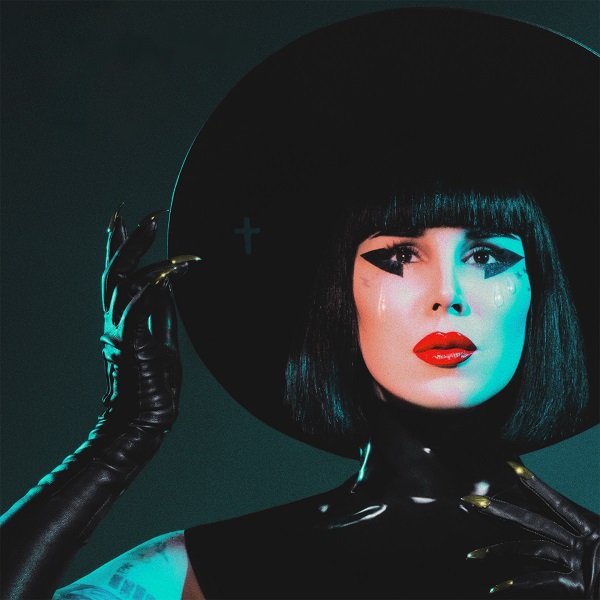 `Love Made Me Do It'

KAT VON D ANNOUNCES DEBUT ALBUM `LOVE MADE ME DO IT’ WITH INAUGURAL SINGLE & VIDEO FOR ,,EXORCISM” OUT NOW!

Gifted multi-hyphenate Kat Von D is beginning an electrifying new chapter in her career with the release of her debut single and video for “Exorcism”, out today. “Exorcism” marks the first track from her forthcoming debut album, “Love Made Me Do It“, due August 27th.

Both a sonic and songwriting leap for Kat, “Exorcism” takes the listener on a reflective journey through the cycles of love and loss, rebirths and passings, the feelings of vulnerability and hardships a woman faces as she makes her way through challenges in her life. A cinematic and symphonic slow burn, the emotional track evokes wonder, tranquility, joy, pain and ultimately, hope.

“I wrote ‘Exorcism’ after having had binged on every exorcist movie that ever existed”, said Kat. “I loved the idea of tying the act of being possessed by something outside your control to what love can sometimes feel like; losing yourself in someone else, and sometimes it leaving you black and blue”.

“Love Made Me Do It” sits at the core of Kat’s universe, proving that music is her first and strongest passion. Having been a classically trained pianist since her youth with a deep appreciation for music of all genres, Kat poured her soul into this long-awaited full-length debut album.

During 2014, she retreated to London to record the original mix of what would become her full-length debut album “Love Made Me Do It” (KVD/Kartel Music Group) before cementing it with her band – Gregg Foreman AKA Mr. Pharmacist (synth 1), Sammi Doll (synth 2), Dave Parley (drums), and Brynn Route (contortionist). They moved into a bungalow cottage on her property, lived together, and finished the record. Capping off the process, Dan Haigh of Gunship handled mixing. A pastiche of shapeshifting analog synths, post-punk dreamscapes, gothic hues, and shy pop magnetism, these eleven songs echo the eternal will of the perennially brokenhearted to love until death.

PRE-ORDER `LOVE MADE ME DO IT’ HERE

Tracklist for `Love Made Me Do It’