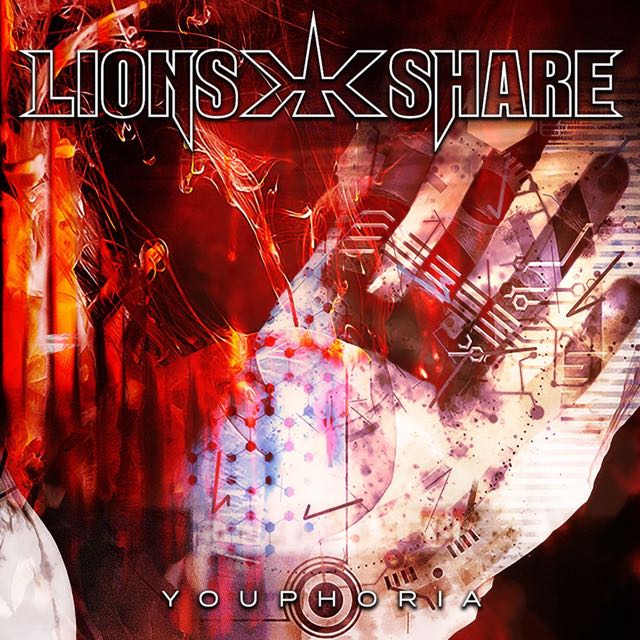 LION’S SHARE guitarist Lars Chriss commented: “I think ”Youphoria” has a little bit of everything, with an epic catchy chorus, time and tempo changes and aggressive riffing”.

In late 2018, LION’S SHARE released a new five-track EP, plus its complete catalog – remastered with new artwork – on streaming services and digital service providers for the first time. They have since released a few more digital singles, some of which will end up on the forthcoming full-length album.

LION’S SHARE singer Nils Patrik Johansson says: “We were very close to the final mix when we realized the song would sound even better in a different key. We scrapped all the recordings and started from scratch. We even re-wrote the lyrical theme completely. I think it was worth all the extra work and the song is a great complement to the other singles we’ve released in the last couple of years”.

“We are aware our fans want a new album and the plan was to release one in 2020. We all know what happened then. We just started playing live again with a couple of headline shows in Germany in March and were gearing up towards a new album and tour. Since we think it’s very important to tour behind a new album, we just have to wait until things go back to “normal” again. Until then, we plan to release a new single every 2-3 months and keep building our fan base.”