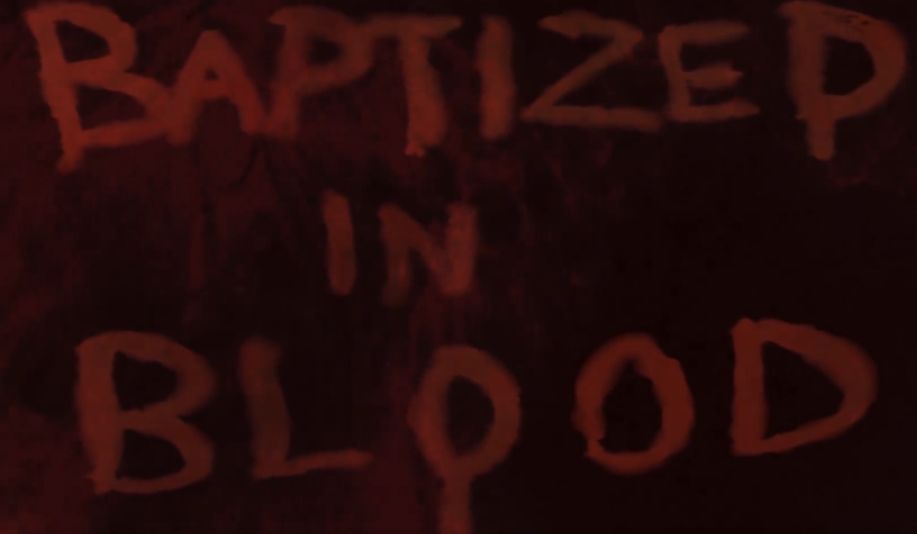 LION’S SHARE guitarist Lars Chriss commented: “When Ronnie James Dio so sadly passed away in 2010, we were hired to be the house band with guests from AMON AMARTH, YNGWIE MALMSTEEN’S RISING FORCE, KING DIAMOND etc joining us at SWEDEN ROCK‘s RONNIE JAMES DIO TRIBUTE that fall.
We were rehearsing songs from his amazing cataloge by BLACK SABBATH, DIO and RAINBOW for weeks and got inspired to write this song, which later became “Baptized In Blood”, as a tribute to our favorite singer of all time.
In November and December of 1999 LION’S SHARE had the pleasure of opening up for DIO, MOTÖRHEAD and MANOWAR on the MONSTERS OF THE MILLENNIUM tour, so I knew him pretty well and his death took us all real hard.”

LION’S SHARE singer Nils Patrik Johansson added: “Obviously we did a pretty good job at that show, because a couple of weeks later the stage manager called us up and asked if we wanted to be the backing band for DIO and BLACK SABBATH drummer Vinny Appice at his drum clinic in Stockholm. It was very cool to play with such a legend and I remember Vinny called us BLACK SABBATH junior, which of course was a huge compliment.”

In late 2018, LION’S SHARE released a new five-track EP, plus its complete catalog – remastered with new artwork – on streaming services and digital service providers for the first time. The band have since released a few more digital singles, some of which will and some of which won’t end up on the forthcoming full-length album.

A new single every 2-3 months

“We are aware our fans want a new album and the plan was to release one in 2020, but we all know what happened then. We had just started playing live again with a couple of headline shows in Germany in March and were gearing up towards a new album and tour. Since we think it’s very important to tour behind a new album, we just have to wait until things go back to “normal” again”. Until then, we plan to release a new single every 2-3 months and keep building our fan base.”