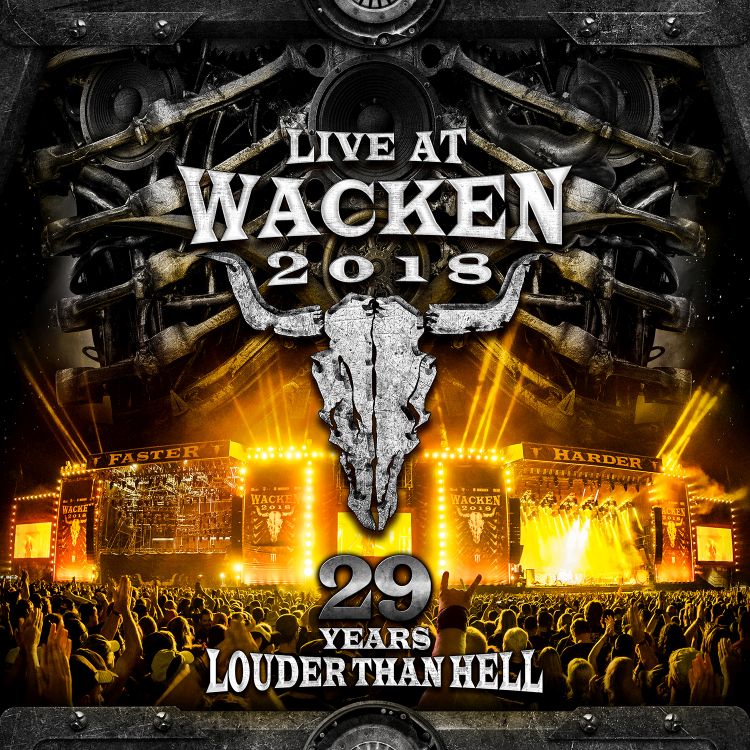 Will Be Released On July 26th

THE GREATEST heavy metal festival in the world, Wacken Open Air, will unleash its latest collection on July 26th, 2019 through Silver Lining Music/Wacken Records when ‘Live At Wacken 2018: 29 Years Louder Than Hell’ smashes into stores.

The 16th release in the ‘Live At Wacken’ series, which dates back to 2002, is stuffed with pulverizing power and passion from metal stars such as Sepultura, Enslaved, Doro, Nightwish and Helloween, whose ,,Pumpkins United” is taken from their forthcoming DVD release scheduled for this October; fans will be able to relive every last aural inch of some incredible sets on 2 DVDs and 2 CDs plus digital audio.

Mixed by Cameron Webb (Motörhead, NOFX, Pennywise, Megadeth) and engineered by Sergio Chavez, ‘Live at Wacken 29 Years Louder Than Hell‘ brings fans right back to the hot, dusty, relentless metal muscle of this metal institution. With Andrew Alekel (Motörhead, Fu Manchu, Clutch) mastering affairs at Bolskine House in Los Angeles, CA, further tracks from the likes of Steel Panther, Soen, Helmet and Dirkschneider are sure to spark household scenes of riotous beer drinking and raucous head-banging.  Taking place in the municipality of Wacken in Schleswig-Holstein, Germany, Wacken Open Air is the largest, most established heavy metal festival in the world.  Routinely selling out 75,000 tickets, and entertaining over 150 artists performing across 8 stages over 280 hectares of land, the festival continues to be an experience like no other. ‘Live at Wacken 29 Years Louder Than Hell’ is the latest diary of events, a proper heavy metal party in a box, and another recorded chapter in the fabled history of this legendary global metal gathering.

*Available only on DVD disc