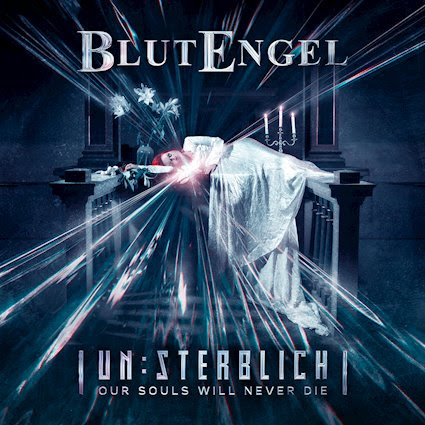 +++OFFICIAL PRESS RELEASE BY OUT OF LINE MUSIC+++

After years of concert abstinence, unbridled creativity, and passion for music, Chris Pohl and Ulrike Goldmann are celebrating their 25th anniversary with Blutengel. They are treating themselves and their fans with an extraordinary gift in the form of a new Blutengel album, “Un:Sterblich – Our Souls Will Never Die,” which will be released on May 12, 2023. Concerts and an open-air anniversary show in June will accompany the album release.

The second single, ,,Tief” brings that old-school Blutengel feeling directly to life with distorted vocals and creepy riffs, instantly hooking you on the track’s first spin.

CHRIS COMMENTS ABOUT THE SECOND VIDEO

,,,,Tief,” and the lyrics: “I want to try different things. ,,Tief” is about going somewhere else to get what you can’t get at home. But in the end, you’re being alone with the cravings and not ready to take the last step. You enjoy the moment knowing that the farewell is coming, and in the end, you will just return back home and find yourself beside a person you don’t love (anymore) ….“

Blutengel album release concerts will take place in cities across Germany and Switzerland, and the 25th-anniversary show on June 27 at the Wasserschloss Klaffenbach near Chemnitz will be the place to remember. “We will play songs from the current and of course the new album “Un:Sterblich – Our Souls Will Never Die” – mixed with classics from all eras. At the anniversary concert there will be a setlist with songs we play very rarely, special guests and a massive show!“, Chris confirms.

,,Blutengel is often cited as the trailblazers of the scene, and around the new album release and concerts, fans can look forward to more videos. “We will post the dates in time on our socials :-). The best thing is to keep an eye on it, as it’s now happening right after the other!” – Chris, Blutengel.