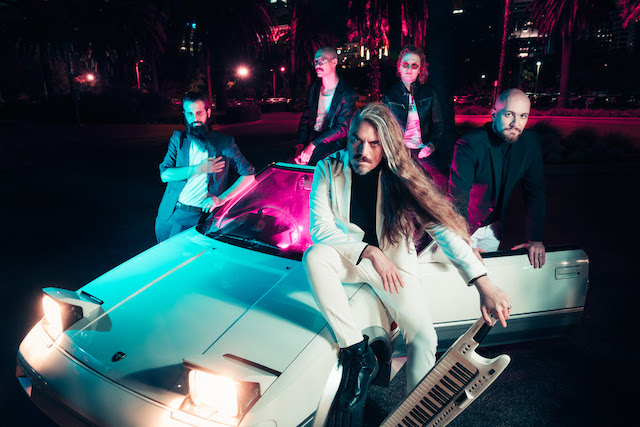 Perth’s Epic-Progressive-Pop-Metal titans make moves to take the crown to represent Australia at Eurovision 2022 in Italy. Voyager have now announced their entry song ‘Dreamer’ is out on 20th January 2022.

VOYAGER become Western Australia’s first hope for Eurovision supremacy! The song that the band will perform at ‘Eurovision – Australia Decides’ is called ‘DREAMER’ and the video will premiere on 20th January at the following times

VOYAGER will also release a limited edition t-shirt for the single which will go live on worldwide merch stores on 20th January.

The artwork for the ‘Dreamer’ t-shirt was designed by Brian Mercer with layout by Ash Dookorte.

Danny Estrin, Vocals & Keytar says this about Voyager’s inclusion in this year’s competition:

“Eurovision is the greatest show on earth, so getting a chance to represent Western Australia and to showcase our keytar driven brand of heavy music  is one of the most exciting and surreal opportunities to ever come our way!! So thank you Australia for giving us the opportunity to take you on a Voyage with us in what has been a lifelong dream.”

It’s time for Australia to decide, and Voyager is ready!

Watch Voyager compete in the live TV Final which will be broadcast exclusively on SBS and SBS On Demand on Saturday 26 February. Tickets for the big event on the Gold Coast are now on sale HERE