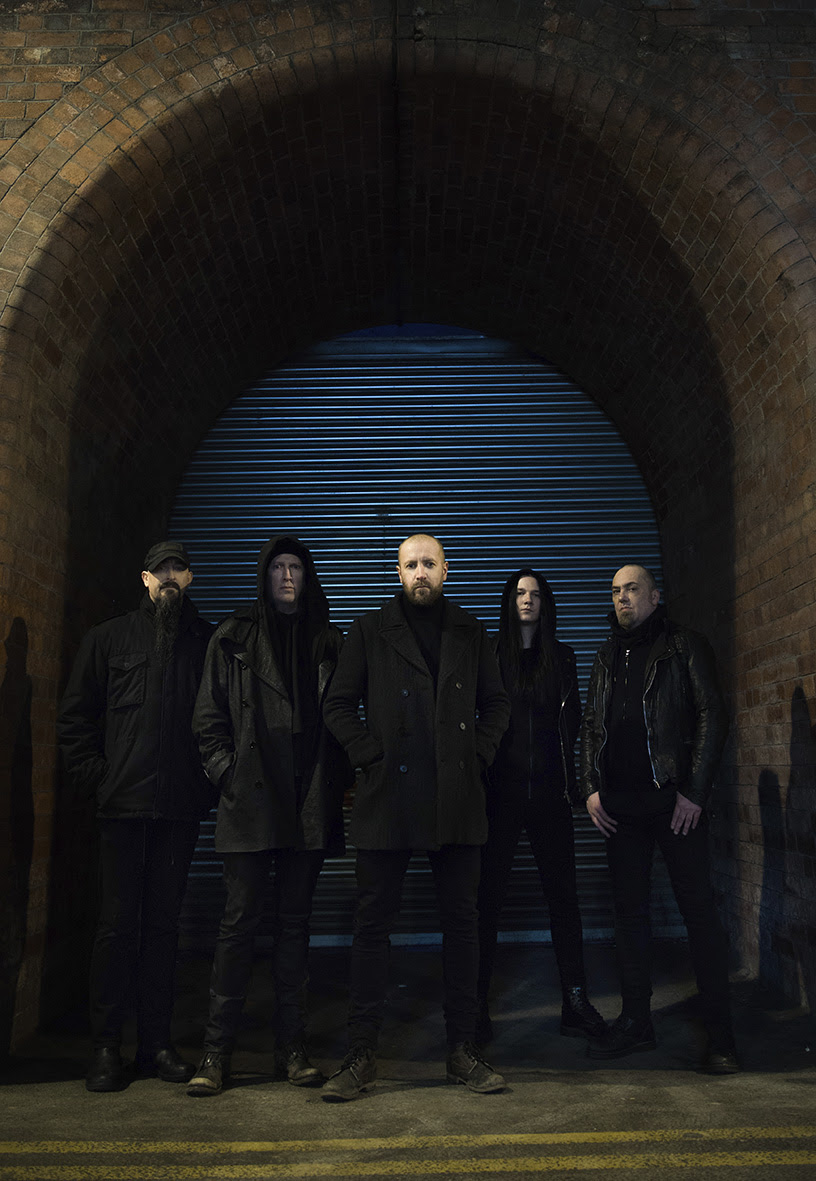 Obsidian… dark, reflective and black: it’s a pretty decent description of the music that PARADISE LOST have been making over the last 32 years, even though this most resilient of British metal bands have stoically refused to be pinned down to one easily defined formula. Powered by a lust for creativity and a stout devotion to haunting heaviness, PARADISE LOST have defied the odds by coming back stronger than ever over the past decade .

“Obsidian”, the new album of Gothic legend PARADISE LOST will be released on 15th May.

Today, the band releases a teaser for the opener track “Darker Thoughts” to give a taste  of this new masterpiece:

Singer Nick Holmes comments about the new album:
“One of the most eclectic albums we have done in some time, we have miserable songs, sad songs ,slow songs and faster songs. Did I mention miserable?” 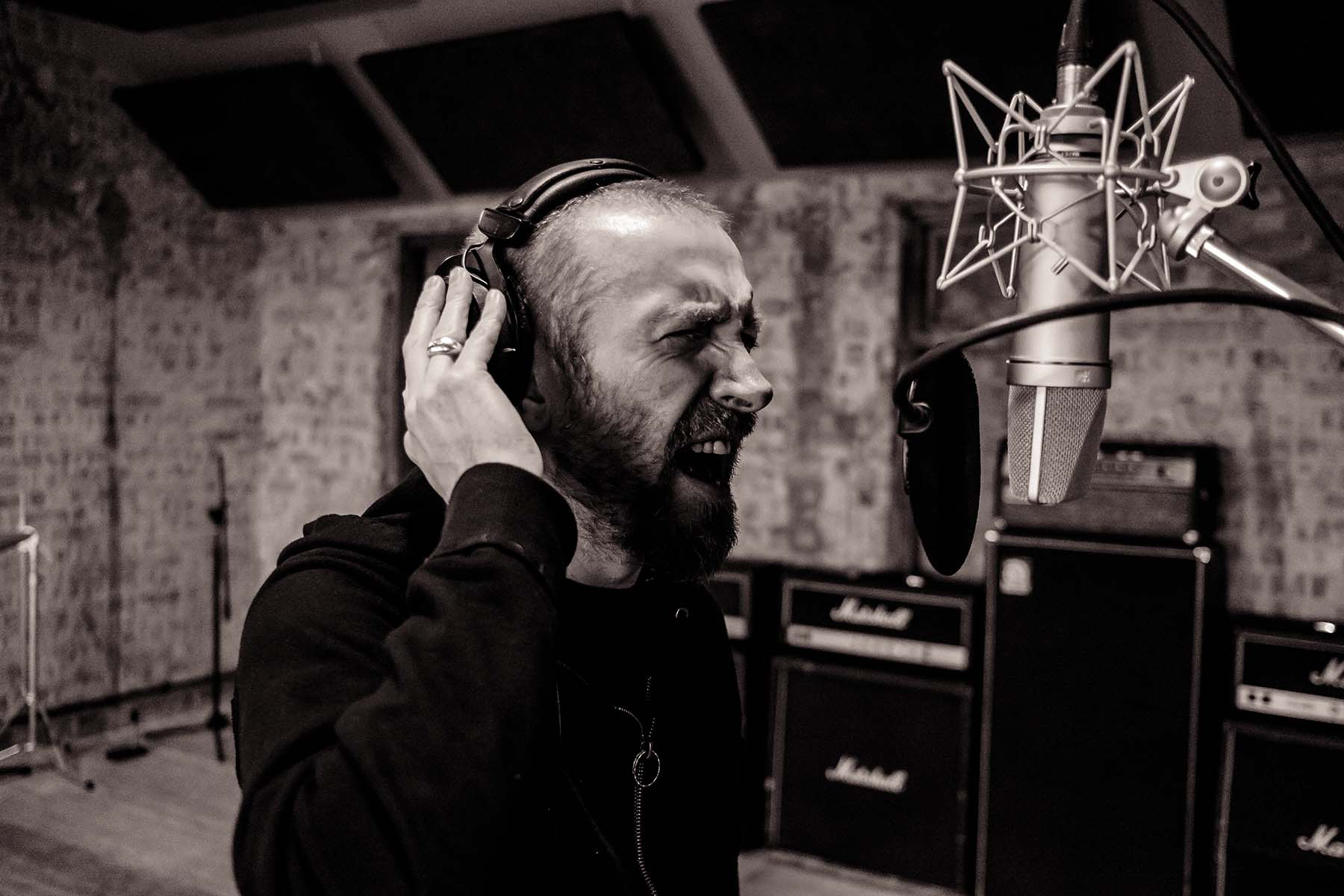 Nick Holmes  photo by Tony Woolliscroft
The sixteenth PARADISE LOST studio album, „Obsidian“ eschews its immediate predecessors’ gruesome, myopic approach in favour of a richer and more dynamic deluge of black shades. From the deceptive elegance and dual atmospheres of opener ‚Darker Thoughts‘ through to the crushing, baroque doom of war-torn closer ‚Ravenghast‘, „Obsidian“ reveals a band in masterful control of a broad array of vital ideas. Most noticeably, the record boasts several songs that draw heavily from the much-loved, Kohl-encrusted days of ‘80s gothic rock: in particular, newly-minted PARADISE LOST anthems ‚Ghosts‘ is a guaranteed dancefloor-filler at any discerning goth nightclub. 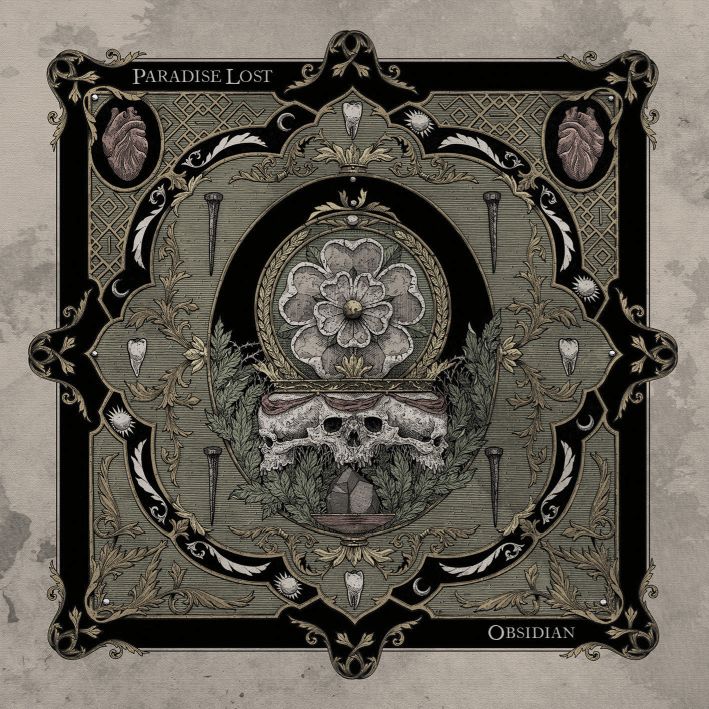 Formed in Halifax, West Yorkshire, in 1988, PARADISE LOST were unlikely candidates for metal glory when they slithered from the shadows and infiltrated the UK underground. But not content with spawning an entire subgenre with early death/doom masterpiece „Gothic“ nor with conquering the metal mainstream with the balls-out power of 1995’s „Draconian Times“, they have subsequently traversed multiple genre boundaries with skill and grace, evolving through the pitch-black alt-rock mastery of ‘90s classics „One Second“ and „Host“ to the muscular but ornate grandeur of 2009’s „Faith Divides Us – Death Unites Us“ and „Tragic Idol“ (2012), with the nonchalant finesse of grand masters. The band’s last two albums – „The Plague Within“ (2015) and „Medusa“ (2017) – saw a much celebrated return to brutal, old school thinking, via two crushing monoliths to slow-motion death and spiritual defeat. Consistently hailed as one of metal’s most charismatic live bands, PARADISE LOST arrive in this new decade as veterans, legends and revered figureheads for several generations of gloomy metalheads. In keeping with their unerring refusal to deliver the expected, 2020 brings one of the band’s most diverse and devastating creations to date.