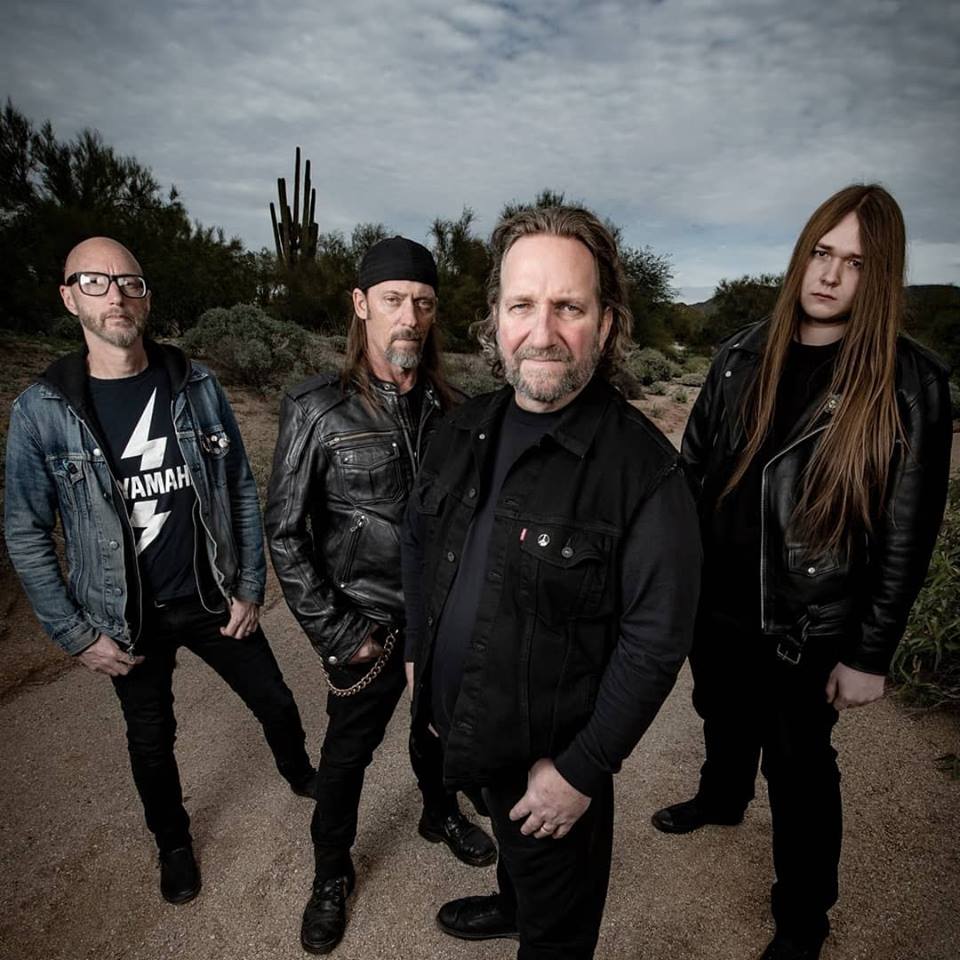 The band have also released the title track ,,Awakening” and the accompanying music video which was shot by acclaimed director Mark Pellington (U2, Foo Fighters, Pearl Jam, Public Enemy).

Twenty-three years after dropping their last full-length, Sacred Reich are returning in force with the towering ‘Awakening’. The new album showcases everything a fan would expect and hope for from the Phoenix, Arizona crew, it is a timeless collection comprised of blistering thrash, crushing grooves, killer solos and socially conscious lyrics that demonstrate a true understanding of everything that matters most in the world today. The return of Dave McClain, who manned the drum throne from 1991 to 1997, and the addition of 22 year old Joey Radziwill playing guitar, alongside original members guitarist Wiley Arnett and vocalist/bassist Phil Rind are integral facets of the record. Speaking on this current line-up of Sacred Reich, Phil Rind says: “Dave is such a killer drummer and person. He works every day to become a better drummer, and I mean every day. His work ethic is inspiring. As much as he has accomplished, he is still open to what comes. Joey brings a higher level of musicianship and tightness to our band, and he brings a freshness to us. He gives us an opportunity for us to see things from a different perspective, and all of us were blown away by what he can do with a guitar and how effortlessly he does it.”

To track the album, the band headed into Platinum Underground in Mesa, AZ, and employed producer Arthur Rizk (Power Trip, Cavalera Conspiracy) and engineer John Aquilino. The album was mastered by Maor Appelbaum at Maor Appelbaum Mastering, CA. Speaking on his band’s long awaited new album, Rind adds: “Going into it, we had a loose idea as far as knowing that we wanted some fast, heavy songs to honor the old school fans that have supported us and gotten us to this point. We wanted everything to happen naturally. We didn’t want to force anything and we are super stoked with every song. It is easily the best thing we have ever done. Regardless of what happens with the record, the experience of making it was enough to satisfy us. Obviously we hope people like it, but even if it tanked, it could not change the way we feel about it. We know what we did.” 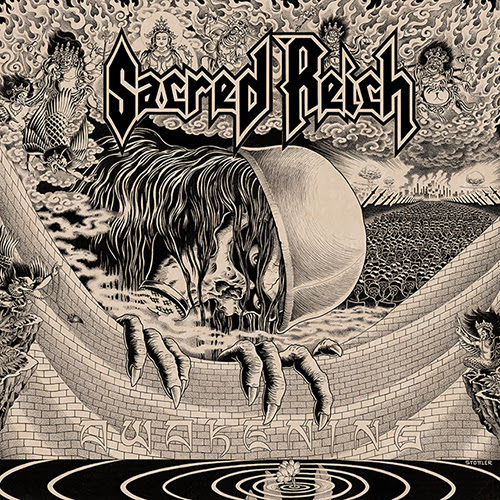 
Sacred Reich will be touring Europe this summer and again in November with special guest Night Demon. Dates and info below. 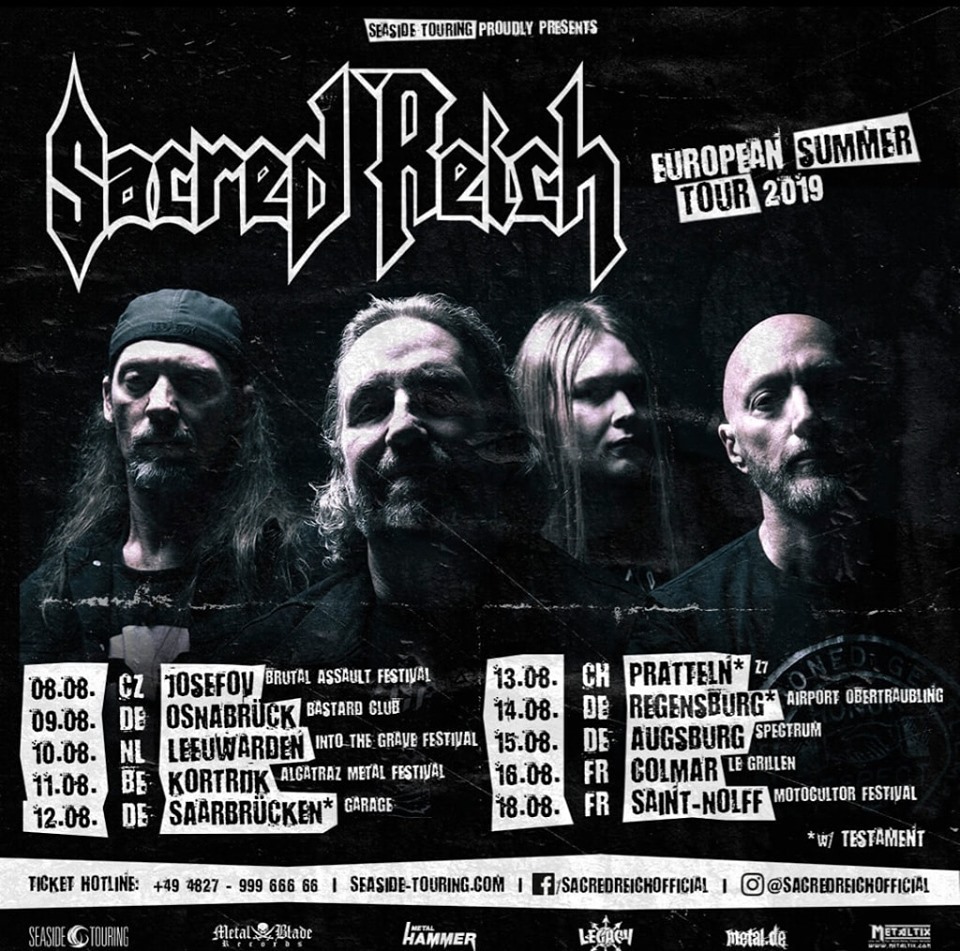 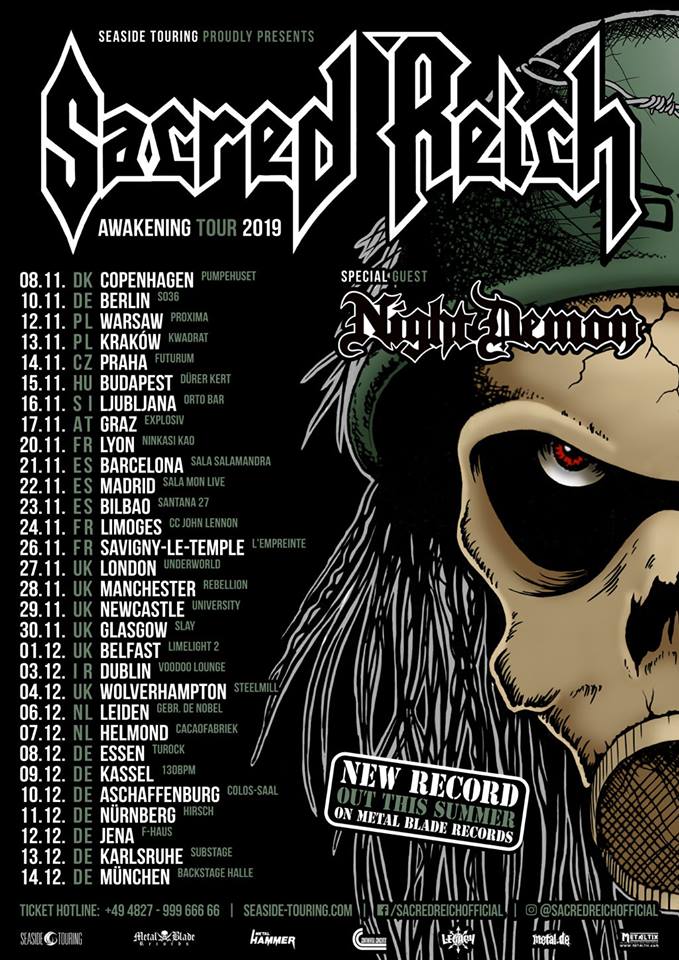