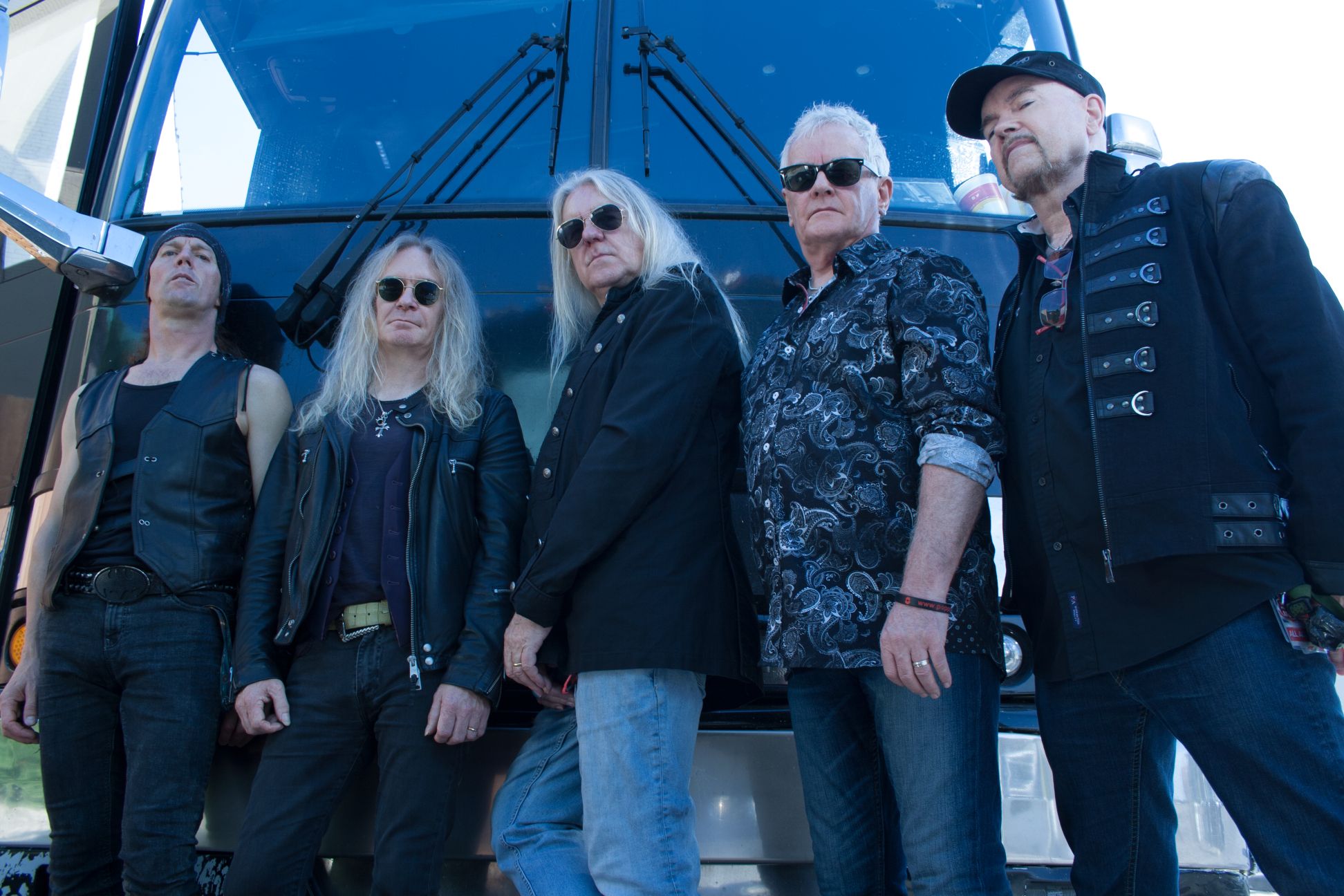 SAXON celebrate their 40 year anniversary with the much anticipated ‘Castles & Eagles’ European shows and the release of the glorious live collection: ‘THE EAGLE HAS LANDED 40 (LIVE)’, out on AUGUST 2nd via MILITIA GUARD/SILVER LINING MUSIC To kick-start the events, SAXON has released a video to ,,747 (STRANGERS IN THE NIGHT) [Live In Helsinki, 2015]”.

On August 2nd, Saxon, the British Heavy Metal vanguards who continue to deliver their seminal metal music to sold-out venues worldwide, will salute their 40th Anniversary by releasing ‘The Eagle Has Landed 40 (Live)’ on Militia Guard/Silver Lining Music, a cracking, crunching and wholly representative celebration of four decades as one of the UK’s leading heavy metal lights. Entire musical genres have been born and died since Saxon released their self-titled debut in 1979, and through all the eras and all the trends, Saxon have continued to both entertain fans everywhere and prosper with albums and tours saturated in the band’s consistent trademark sound and quality. ‘The Eagle Has Landed 40 (Live)’ celebrates all the classics from their early years with the modern classics which have continued to define Saxon as legends.
Forty songs covering four decades, from “State Of Grace” to “Machine Gun”, from the blistering “20,000 FT” to the thunderous “Battering Ram”, Saxon bring you on a victorious, boisterous journey through the human waves at Wacken, the stalwart supporters in Berlin, the mad dogs and Englishmen in London and other illustrious international cities via a selection of songs chosen by none other than Biff Byford himself. There are also tributes to their old friends and former colleagues Motörhead, with the supercharged “They Played Rock’n’Roll” and a cover of “Ace of Spades” featuring an appearance from the dearly departed ‘Fast’ Eddie Clarke. And to round off the MotörSaxon magic, there’s a roaring version of the classic “747 (Strangers in the Night)” featuring Phil Campbell from Helsinki in 2015.

The final result is not simply a triple album of great music, but a stirring and gloriously LOUD odyssey through golden years of metal history guaranteed to bring the headbanger out of even the mellowest rocker in the room. 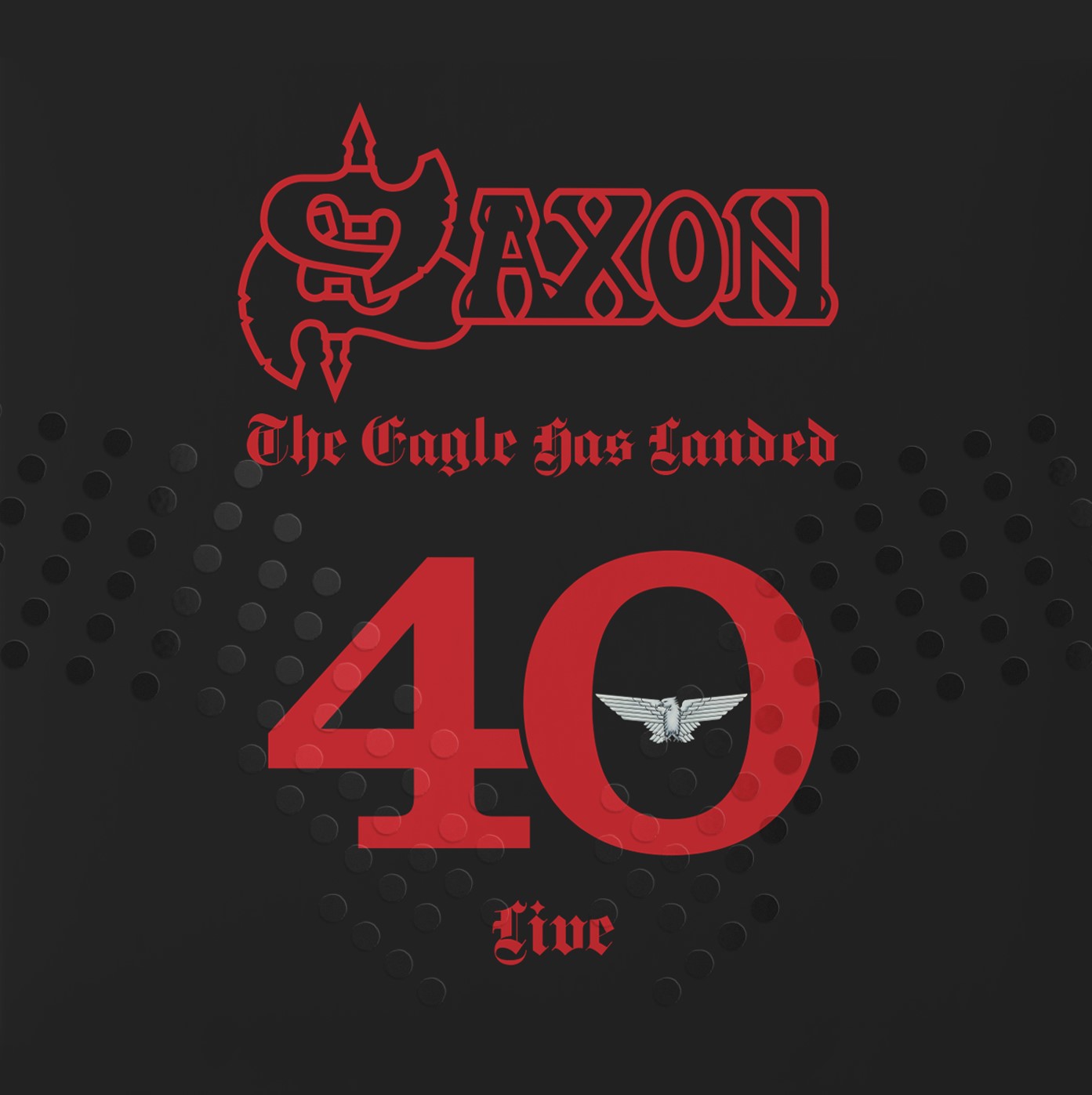 Saxon supporters can enjoy ‘The Eagle Has Landed 40 (Live)’ in various formats: a triple CD combo packed in a 6 panel digipack with a 16 pg booklet, Digital Download and Streaming.

You can pre-order your 747 Signature Edition Boxset at this location. 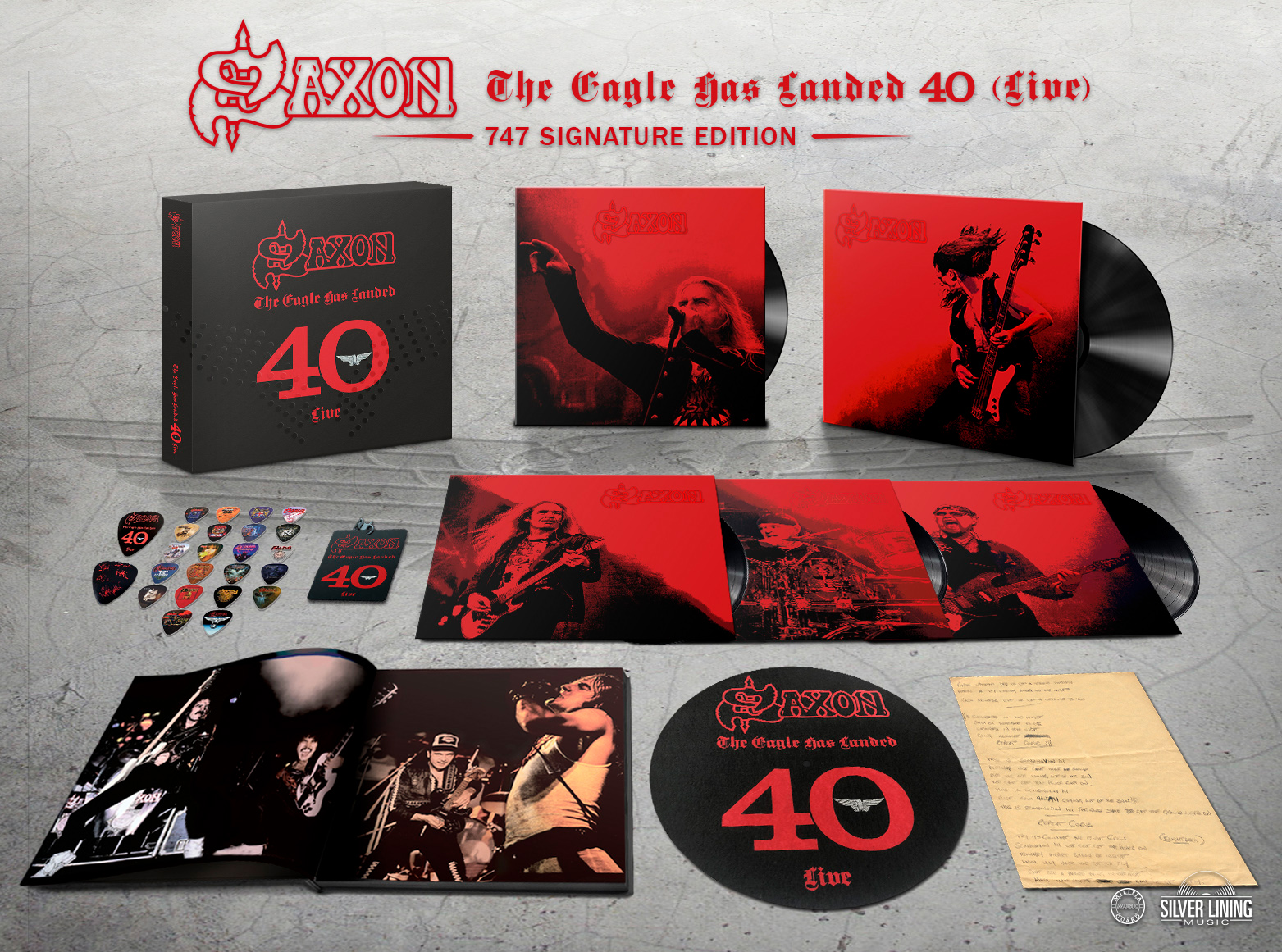 As part of these 40th festivities, Saxon will play three special “Castles & Eagles” UK tour dates in 72 hours on Friday October 18th at the Glasgow Braehead Arena, Saturday October 19th at the Eventim Apollo in Hammersmith, London and Sunday October 20th at the 02 Apollo in Manchester. Glasgow will see special guests Black Star Riders and Girlschool, with Krokus, Girlschool and Diamond Head making a proper heavy metal hoedown in London and Manchester. 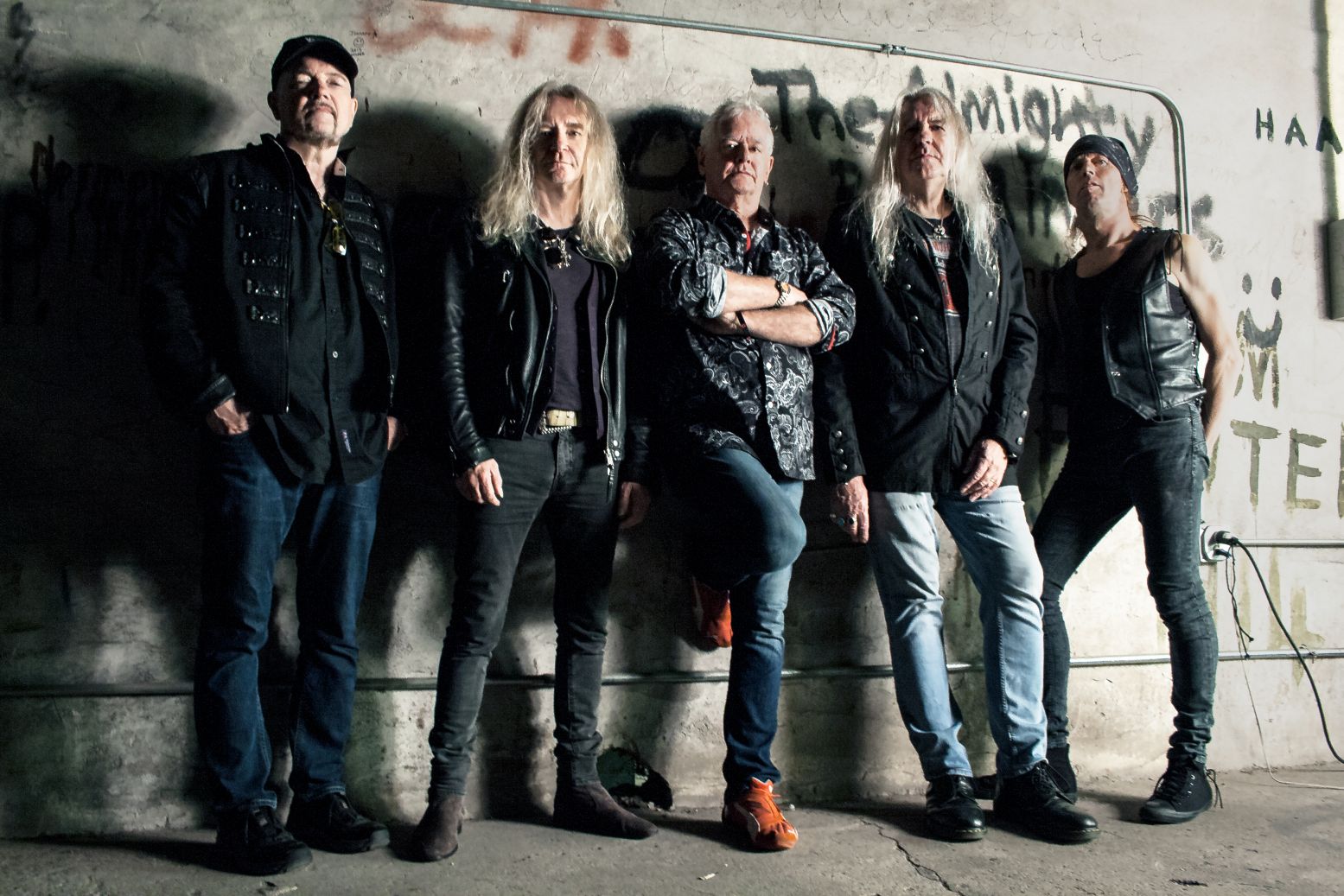 Biff once asked, “Where were you in ’79 when the damn began to burst?”
Whether you were there in your denim and leather or not, you can be there in ’19 thanks to ‘The Eagle Has Landed 40 (Live)’ album and live experiences.  Don’t miss them!