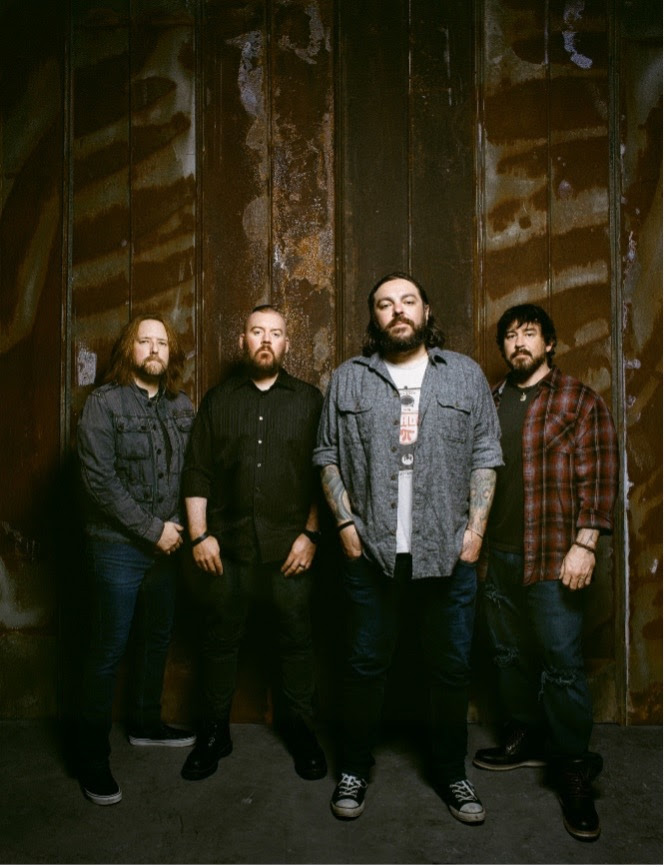 SEETHER has shared the official music video for their brand-new single “Bruised and Bloodied,” a standout track from their latest album, Si Vis Pacem, Para Bellum (“If You Want Peace, Prepare For War”) which debuted at #2 on Billboard’s Hard Rock chart upon its release last year. Directed by Alex Chaloff (Margo Price, Avi Kaplan), the track’s heavy groove and lyrical bite are underscored in the menacing performance clip which harnesses the raw energy of the band’s notoriously combustible live shows.

“Making the video for ‘Bruised and Bloodied’ felt surreal in many ways after the craziness that was 2020,” says front man Shaun Morgan. “That was the first time we had been in a room together in months and all of us felt this incredible exhilaration to be behind our instruments again. I felt like a kid again and hopefully the energy we were all sharing comes through the screen.”

“Bruised and Bloodied,” the second single released from Si Vis Pacem, Para Bellum (“If You Want Peace, Prepare For War”) follows the album’s lead single, “Dangerous,” which topped rock radio at #1 for three consecutive weeks last fall.  In between, the band shared videos for two fan-favorite album tracks,  “Beg” and “Wasteland.“ Additionally, SEETHER has been highlighting tracks from their multi-platinum selling catalog with a series of virtual acoustic performance videos via their YouTube channel. Watch the latest clip for “Fine Again” off 2002’s Disclaimer album HERE.

SEETHER’s Shaun Morgan and guitarist Corey Lowrey sat for an illuminating discussion in the latest episode of the Check Your Head podcast raising important issues they have championed; mental illness and the challenge musicians face in the Covid era.

ABOUT SEETHER
Since forming in Pretoria, South Africa in 1999, SEETHER has amassed a global fan base that has grown organically with the quartet’s sense of purpose and commitment spreading outwards, offering their fans around the world camaraderie, comfort and a sense of personal power. While others of their ilk faded away, SEETHER maintains a strong sense of self, ignoring trends and critics in favor of a consummate devotion to their craft.
Their impressive sales and chart history includes three platinum and two gold albums, 16 #1 singles (including 2017’s “Let You Down,” 2014’s “Words as Weapons,” and 2011’s “Tonight”); 20 Top 5 multi-format hits, with US singles sales topping 17 million and over 1.5 billion streams world-wide across all platforms.

They are also creators of the Rise Above Fest, founded in 2012 to raise awareness for suicide prevention and mental illness. Past headliners of the annual gathering include Slash, Godsmack, Avenged Sevenfold, Papa Roach & many more. Since conception, the Rise Above Fest has turned into a broader movement, expanding its presence at additional music festivals around the globe. All SEETHER shows donate $1 of ticket sales to benefit the SAVE (Suicide Awareness Voices Of Education) organization.
—
Header photo credit: Laura E. Partain