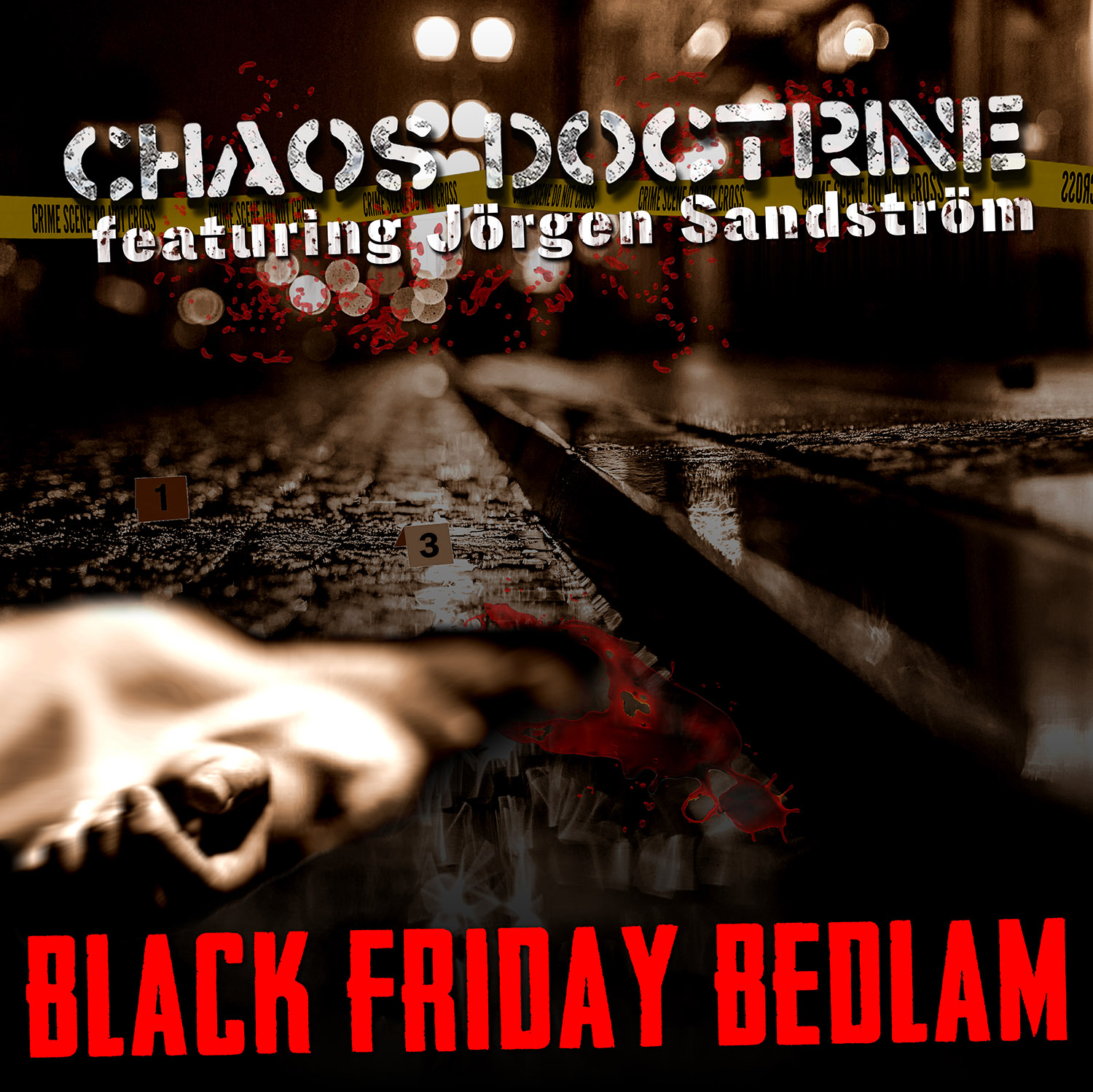 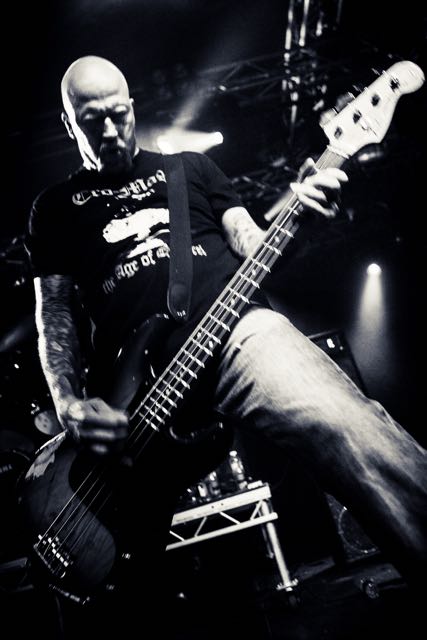 Following from the massive success the band had with their track Father Grigori in 2020, Black Friday Bedlam explodes Chaos Doctrine into 2021 with the tale of an everyday man who wakes up one morning and goes on a drive-by spree! The track kicks off with proper old school Thrash Metal, before settling into a vicious groove that underpins Mr Sandström’s insanely powerful vocals. This is offset against the band’s trademark key and sample arrangements. The groove continues through an epic bass bridge and rapid alternating guitar solos, before ending as fast and brutal as it started with Jörgen and Dr D’s vocals finishing up this sonic apocalypse!

The track is the second single from Chaos Doctrine’s forthcoming album, the name and track listing of which are finally revealed in this Black Friday Bedlam Lyric Video. This song was mixed, mastered and produced by the band’s guitarist Alec Surridge at Gemini AD Studios. Attendees of Metal4Africa’s SummerFest’21 Online Festival got a taste of the track  – but not this version featuring Mr Sandström.

Former Chaos Doctrine drummer Ralph Margo, whose drums feature on this track (and forthcoming album), gives the back story on how Jörgen Sandström’s vocals ended up on the band’s new single: “While we were writing this song, the tempo and vocal rhythm of its one part reminded me of the Project Hate track ‘At The Entrance Of Hell’s Unholy Fire’ (you really should check them out!), and since Jörgen mentioned to me many years before that if ever I wanted his voice on anything I just needed to ask. I suggested to the rest of the guys that we ask him to do this section and they were keen. So I asked if he’d do it and the rest is history. So awesome to collaborate with this death metal legend!”

Vocalist Dr D (Daniel Burger) adds: “We originally wrote Black Friday Bedlam for our debut album, but decided to let it stand over. When we started our new album, we dusted the song off, Alec rewrote some sections, and we did some rearrangements to polish it off. When Ralph suggested we ask Jörgen to do guest vocals, and he agreed, we were all beyond thrilled. Not only are we all huge fans of his work, but his brutal vocals amplify the hell out of the aggression we tried to bring with this track. I personally love how Alec blended my thrashy vocals with Jörgen’s insane growls to bring the most vicious Chaos Doctrine assault to date!”

Guitarist Alec Surridge had the following to say: “This track goes back a while, even before my time with the band so when it came to recording it I knew that it needed just a little modern flavour. It has that old school thrash element to it but also some newer heaviness which adds some colour and is great to play live. And having Jörgen on just makes it so much more powerful“.

Bass guitarist Phil Carstens, who created the track’s lyric video, noted: “This track has been a long time in the making, but certainly worth the wait and hard work. It perfectly blends elements of thrash, death and industrial metal – and what better way to top it off with the ferocious vocals from the legendary Jörgen Sandström! Big thanks to Ralph for setting that up for us!”

It may not be November, but Black Friday is here! WATCH LYRIC VIDEO HERE:

BLACK FRIDAY BEDLAM IS AVAILABLE ON ALL PLATFORMS 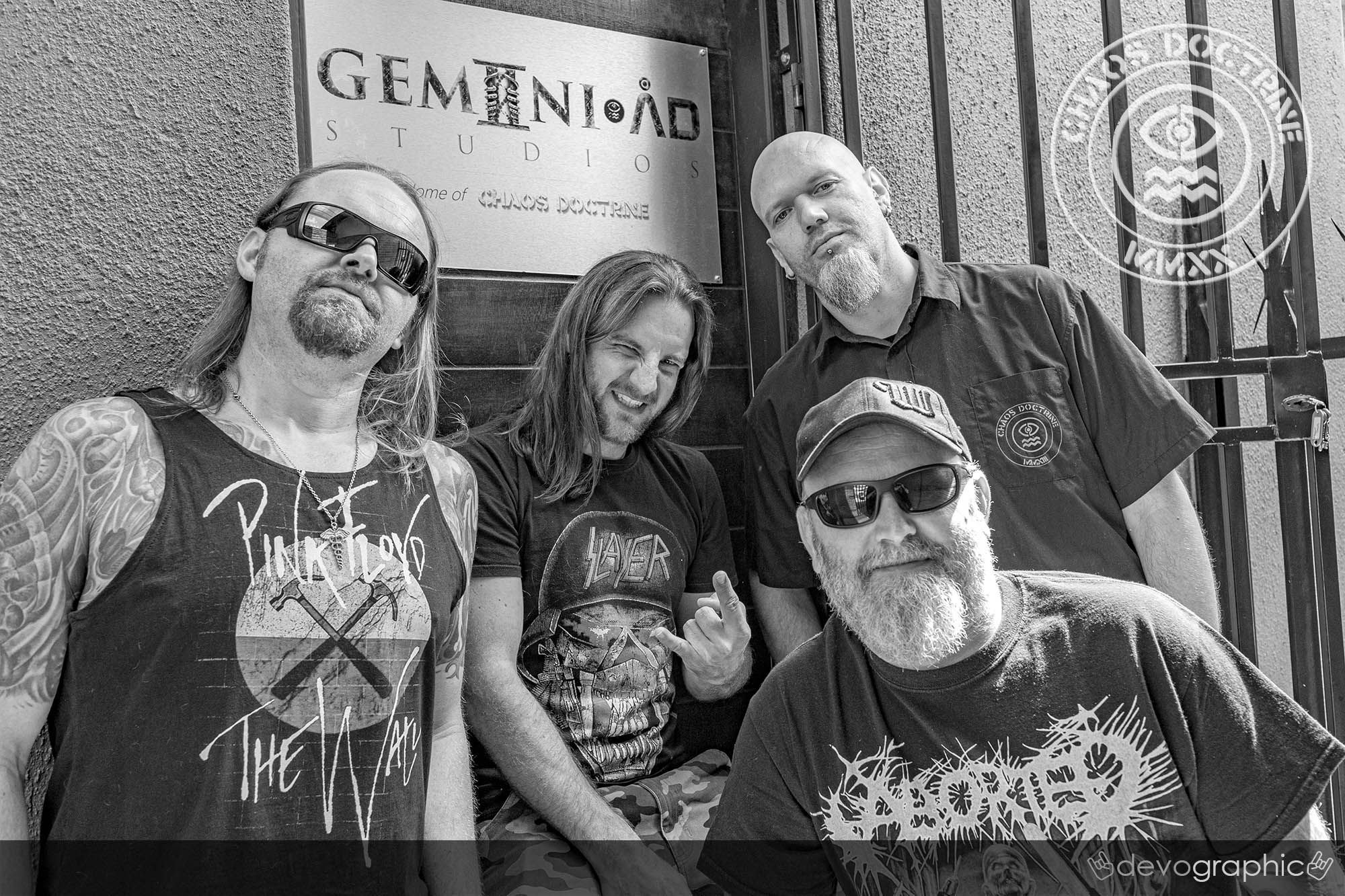 ABOUT CHAOS DOCTRINE
Chaos Doctrine is an Industrial Metal band from Johannesburg (South Africa) and the brainchild of vocalist Dr D (Bedlam, Malachi, DedX) and guitarist Ray (Malachi, Stone The Free, DedX), who wanted to create a unique blend of Classic Thrash and Death with newer waves of Metal and Industrial. Formed in 2010 with bassist Phil (DedX) and drummer Ralph (Sacrifist, Tyburn, Misericord), the band had a few member changes before enrolling guitarist Alec (Sacraphyx, The Warinsane) in 2013. Mid 2019, Ray and Ralph left Chaos Doctrine. Early in 2020, the drum throne was taken by Rory Townes (Forsaking Fate).

For Chaos Doctrine, Metal is aggression. Everything they produce conveys this! Their sound is the result of combining the power of Classic Metal with a modern edge and raw Industrial sound. Their lyrical content explores the shadow of the human condition; hatred, brutality, decay. Their approach is unrelenting, fuelled by rage and void apology …