TesseracT presents P O R T A L S – a cinematic live experience. As mysterious, monolithic structures appear across continents, it is perhaps not a complete coincidence that TesseracT chose such an artwork before the first news reports came in from Utah. A portal offers a gateway for its passenger to travel amongst realms; through 5 acts, TesseracT have designed a gateway into their world.

Fans will have access to stream P O R T A L S live from December 12 on their dedicated website – www.portals.show and tickets are on sale now.

Amos Williams, TesseracT’s bass player and the show’s producer, explains more about the event and the concept behind it – “P O R T A L S is a celebration of our love of performing. Each act is a still from an ever-evolving musical personality. Each song is the conversations you have with old friends when you meet up for the first time in ages and you pick up exactly where you left off. This year has presented us all with an unusual set of barriers to surmount. The limitations of not being able to tour and the absence of shows, has focused us towards the concept of creating the ultimate tour production, within the ultimate TesseracT show. Where we explore every facet of our music, and every story we have told, and in doing so create new stories and in some cases commit evolved versions to a medium that will outlast the moment.”

* Pre show – Saturday 12th December at 6pm GMT on www.portals.show featuring Behind The Scenes footage, including interviews with band and crew, rehearsals and more ..

* Ticket holders have 3 days to watch on demand after the initial broadcast (until 15th December, 23:59 GMT)

Exclusive event merch is now on sale and available for pre-order, including a P O R T A L S Event T-Shirt, a premium, heavy-weight print and a double-foil laminate (bundle exclusive). Fans can take a psychometric test on www.portals.show to add a custom laminate to merch bundles. 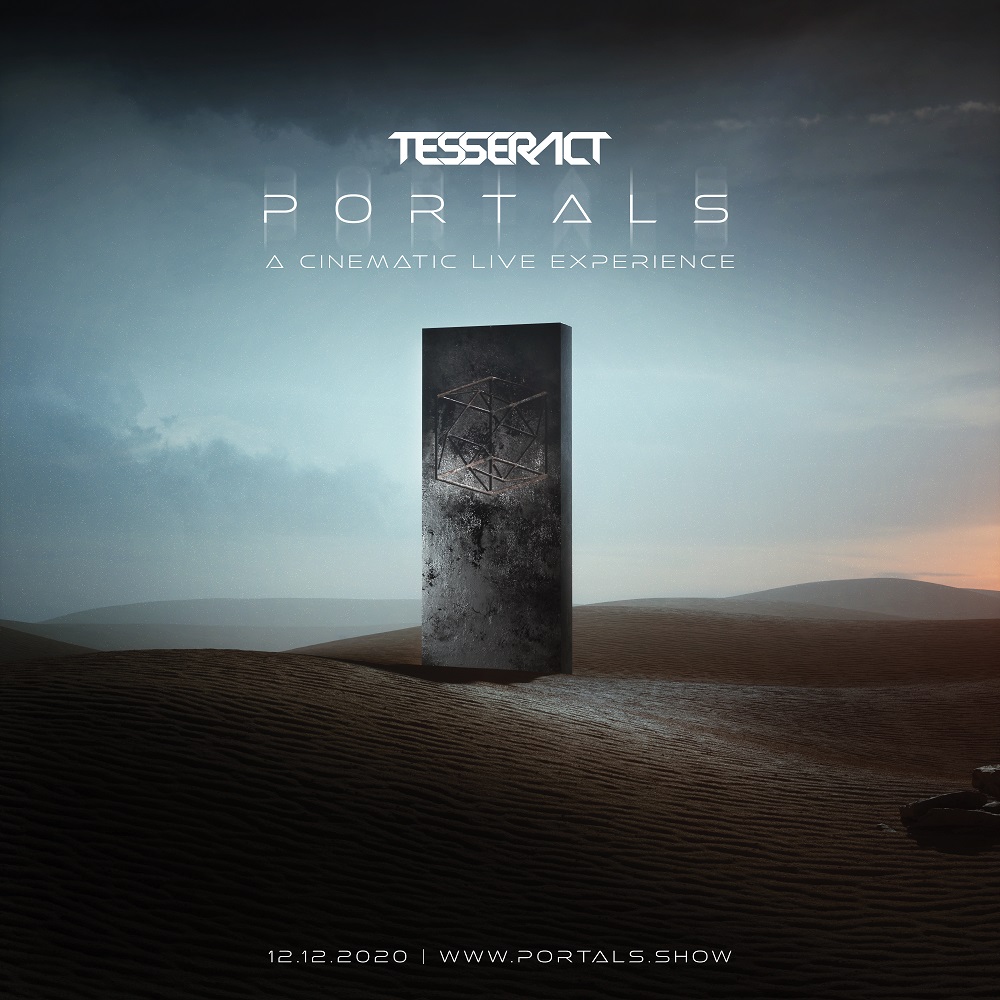 Amongst the various challenges TesseracT faced to deliver this event – drummer Jay Postones (who now lives in Austin, Texas) was unable to make it to the UK for the performance. However, the highly revered and long-time friend of the band, Mike Malyan (https://facebook.com/mike.malyan) was able to fill-in to add another layer to this unconventional event.
—