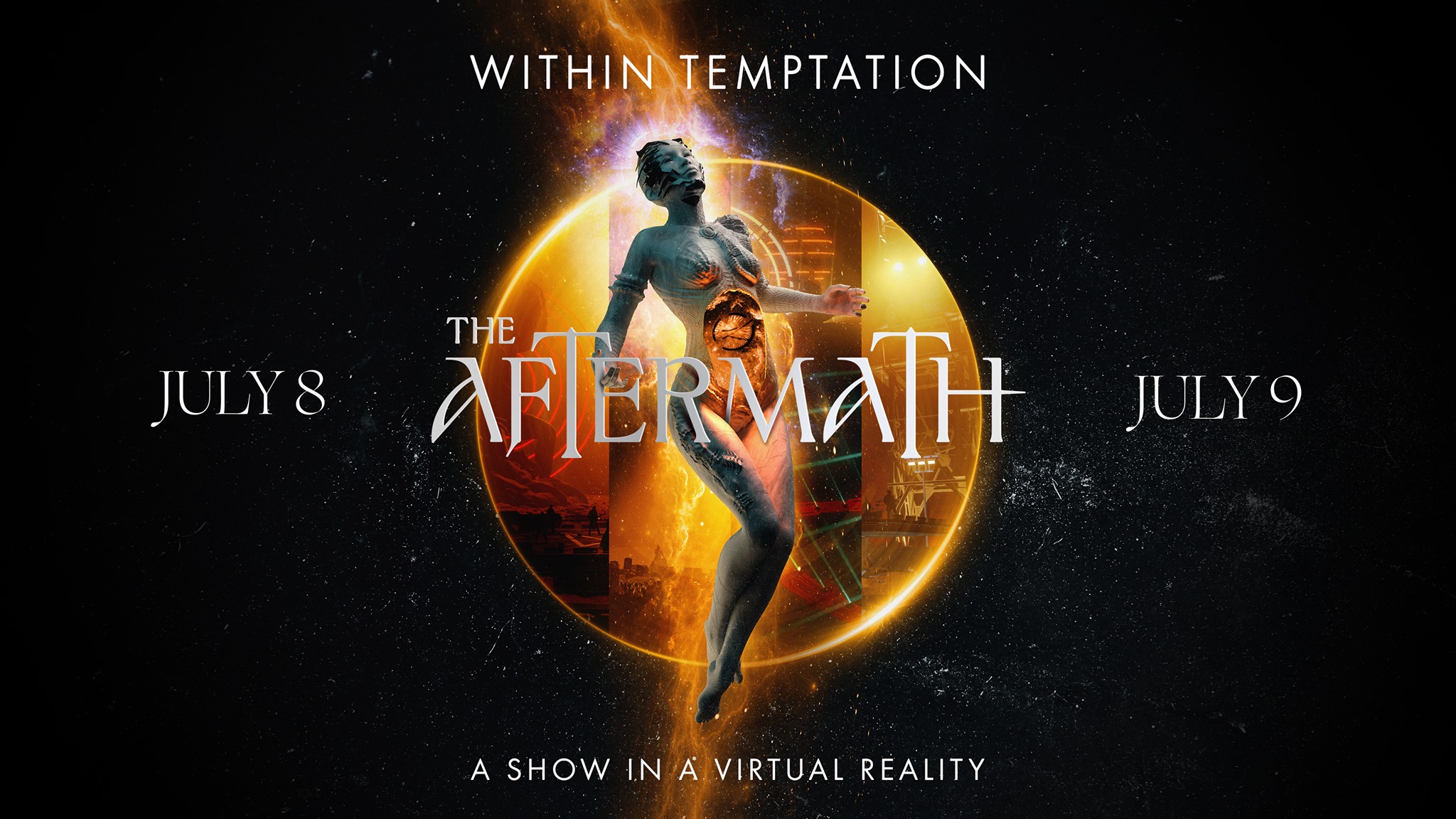 – A Show In A Virtual Reality

Radically evolving themselves by combining crossover genres with rock and metal, it has become clear Within Temptation has never been bounded by frontiers. The band now takes it one step further by announcing the details of an immersive show that is out of this world – literally! Welcome to Within Temptation: The Aftermath – A Show In A Virtual Reality.

Sharon den Adel: “During the whole pandemic we weren’t keen on doing a livestream. The magic of seeing and hearing a band perform live – combined with the energy of the crowd – is something you cannot simply recreate with a livestream. So, for a long time we were clueless. One thing we knew for sure: we would not compromise on a livestream if we could offer something out of the ordinary, something jaw dropping, intriguing, spectacular and mythical!”

“Then we found it: a world that we could shape into our wildest fantasies and in which we, as a band, could perform while still maintaining the dynamics and magic of our traditional live-show. We are absolutely thrilled to invite you to Within Temptation: The Aftermath – A Show In A Virtual Reality. A show that takes place in different scenes of a post-apocalyptic world, in which we are witness of the aftermath of destruction of mankind. A world in which it is unknown if anyone or anything of the human race survived. It is a search for answers about both its becoming as well as its legacy,”- Sharon den Adel.

‘The Aftermath’ is a show fueled by bleeding-edge technology that enables the band to do a performance that’s out of this world – literally! In this one-hour show Within Temptation will play a variety of newer and older songs in four different worlds, that interact with both the band and the music. Expect guest singers from all over the world to join the band on stage for striking duets in even more striking settings.

With this show, Within Temptation builds a bridge between the now and the next time the band will be able to play again.
“We are absolutely gutted that the Worlds Collide Tour has been pushed back again and we cannot perform live in the same venue as our fans. With this digital show we hope that the fans can still feel our energy, our love for – and above all: our passion for music. Take care and we hope to see you on July 8 or July 9”.

Tickets are available for 24,99 euro (1 person) or 29,99 euro (2 or more people watching in the same room) at within-temptation.com

Along with the immersive event, Within Temptation announces the release of a brand-new single ,,Shed My Skin” – out one week before the show (June 25th 2021). For this song the band has teamed up with German metalcore band Annisokay. This collaboration has resulted in a heartfelt, bombastic metal anthem.

,Shed My Skin’ is the third single of the series of Within Temptation’s independent releases and will be out via all streaming services on June 25th, 2021. The official music video of this song will premiere during Within Temptation: The Aftermath – A Show In A Virtual Reality on July 8th and July 9th, 2021.