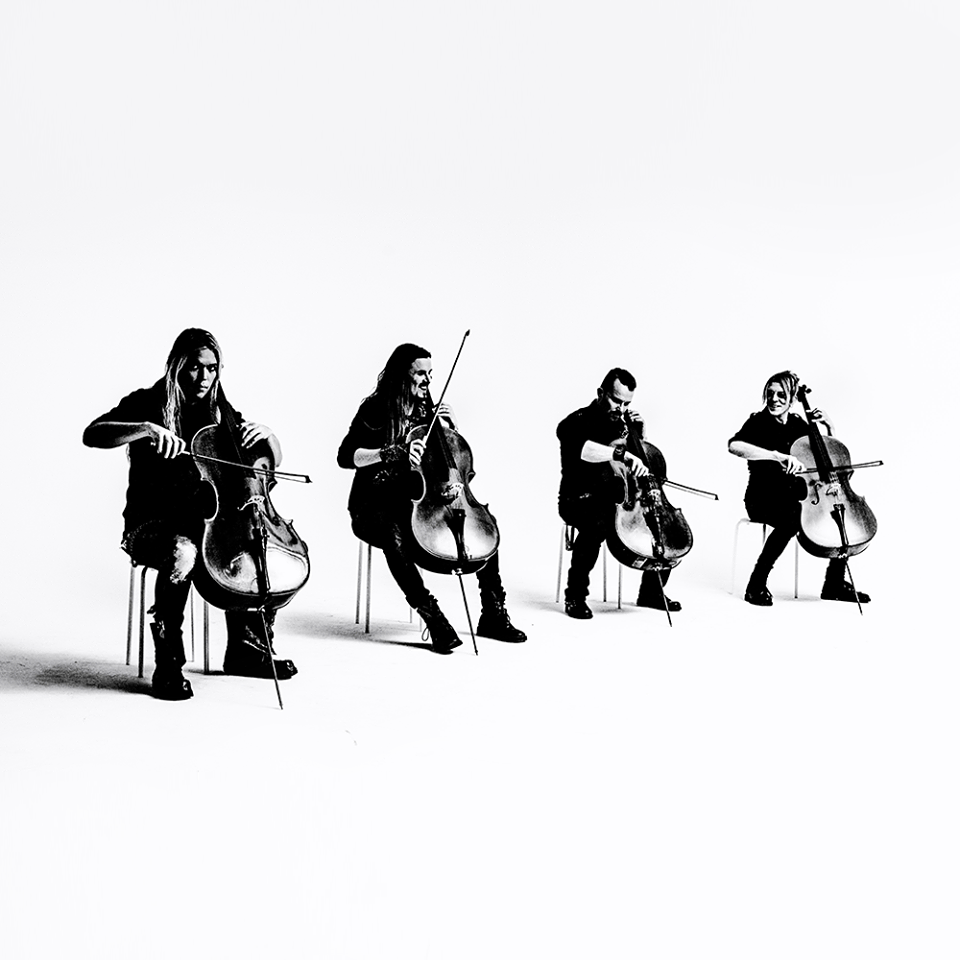 Two decades ago, Apocalyptica’s first and most important album ‘Plays Metallica by Four Cellos’ was released, selling over 1,5 million copies to date and leading to a carefully remastered, critically acclaimed new album version with three bonus tracks in 2016. In celebration of the trailblazing album’s 20th anniversary, the avowed live band is honoring their career-defining release with the extensive ‘Plays Metallica by Four Cellos’ world tour since early 2017.

The highly emotional, all instrumental shows across the continents feature four cellos and a drum set and Metallica covers only, taking audiences back to the sound and track listing of the original album as well as thrilling them with more Metallica songs Apocalyptica covered over the years. Show stopping highlights are cello versions of hits such as,,Enter Sandman”, ,,Master of Puppets” and ,,Seek and Destroy” as well as incredibly dense encores like ,,Nothing Else Matters” and ,,One”.

Just in time for the tour break, Apocalyptica are announcing the much-anticipated live recordings ‘Apocalyptica Plays Metallica by Four Cellos – A Live Performance’ to be released as a 2CD+1DVD Digipak as well as a digital album version on December 7th 2018. The DVD delivers the band’s full two-hour concert at the renowned Finnish Savonlinna Opera Festival in the breathtaking scenery of Olavinlinna Castle, featuring previously unreleased Metallica covers. The accompanying CD/digital (and later vinyl) formats present the band’s slightly heavier rock flavor, displayed at one of the band’s three sold-out shows at the iconic Tavastia Club in Helsinki in September. This year’s release will be followed by a lavish 3LP+1DVD+download code package dropping in 2019.