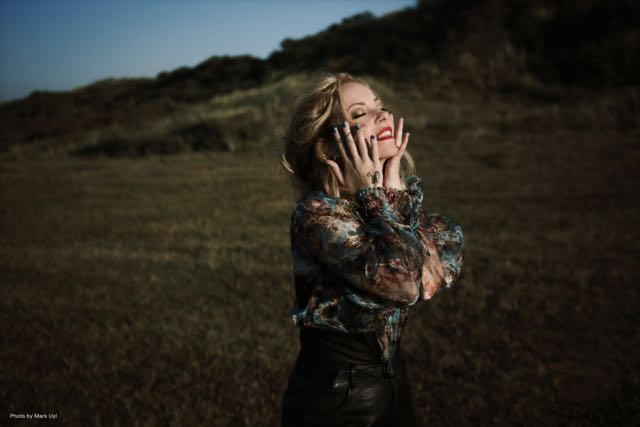 +++OFFICIAL PRESS RELEASE BY INSIDE OUT MUSIC / HEAD OF PR+++

This broadcast features a solo acoustic performance focusing largely on Anneke’s new album. The setlist also includes a couple of songs from her back catalogue that most fans will be hearing for the first time in an intimate setting. The event furthermore showcases five music videos and some behind the scenes footage. Running time is approximately 60 minutes (excluding bonus tracks).

There are a variety of packages available, allowing fans to customize their experience. These options include access to bonus tracks and a virtual Meet & Greet with Anneke. Tickets are available on annekevangiersbergen.com

Anneke comments: “As I won’t be able to tour for the foreseeable future, I wanted to create something special to celebrate the release of my new album “The Darkest Skies Are The Brightest”. This streaming event features a solo acoustic live performance, complemented with 5 music videos. I’m so happy to have this opportunity to stay connected with my worldwide audience and I’m very excited to share this experience together with you!“ 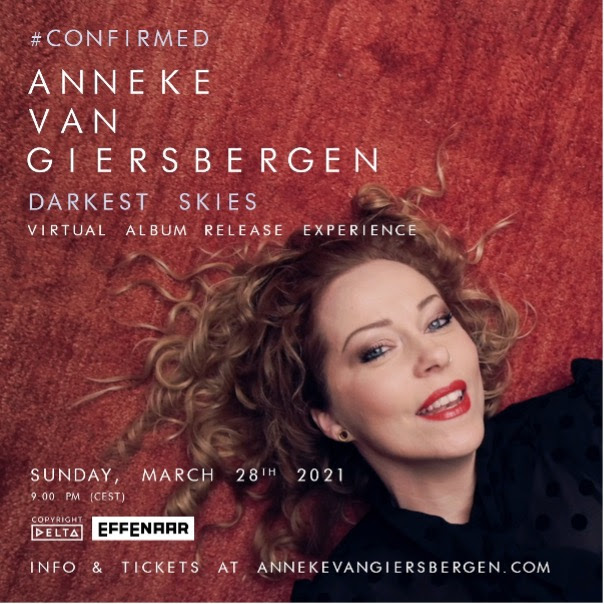 ‘The Darkest Skies Are The Brightest’ is available as eco-friendly CD Digipak (plastic-free), as 180g Gatefold LP (incl. the album on CD) & as digital album. Click here to order the album:
https://annekevangiersbergen.lnk.to/TheDarkestSkiesAreTheBrightest

The album’s title, ‘The Darkest Skies Are The Brightest’, refers to the idea that, when facing personal challenges, we are forced to find answers to life’s biggest questions. But, at this point in her near-three-decade-long music career, this solo album – and, crucially, the heartbreak that inspired it – was not something Anneke van Giersbergen ever anticipated writing.

In 2018, Anneke began working on new material for her metal band, VUUR. Although their debut album, ‘In This Moment We Are Free – Cities’, was met with a mixed reception, fans were warming up to their heavy, progressive sound. Therefore, a rapid follow-up album would surely establish Anneke’s return to fronting a metal band. However, behind the scenes, these were troubled times.

Anneke shares, ”My belief in VUUR saw me spend all my savings on recording VUUR’s debut album and taking the band on the road. After completing our first touring cycle, I realized that more VUUR would mean yet more, huge financial risks.”

To make matters worse, in 2018, her long-lasting marriage, which had always been wonderful, unexpectedly saw a storm approaching. Anneke adds, “I instantly knew I needed to write music about fixing my life. This creative endeavour would be far too personal for a VUUR album. And it would also require solitude.”

With just her acoustic guitar and basic recording gear, Anneke retreated to a small house near the woods, just outside her hometown of Eindhoven. She let go of the pressures of what VUUR’s future might be, and fell into the meditative process of writing a solo album. In 2019, work continued on the new songs. In 2020, Anneke asked her friend and producer, Gijs Coolen, to help finish the album.

Throughout the completion of the album, Anneke’s fragile, acoustic song-stories were fused together with an alchemy of panoramic strings, horns, and percussion. The resulting 11-track record has all the intimacy of Anneke serenading an audience of one, combined with surprising departures into swampier, foot-stomping grooves.

The Japanese art of kintsugi has inspired Anneke to use a repaired heart as the album’s symbol. Kintsugi teaches that bringing together the pieces of a broken object – with the use of a precious metal – adds value and uniqueness to it. And, instead of giving up on their marriage, Anneke and her husband decided to take the time to mend their bond. They now cherish the repaired heartbreak as something profoundly valuable.

Their journey through this personal storm, and the album that Anneke created in the eye of it, proves that the darkest skies truly are the brightest. 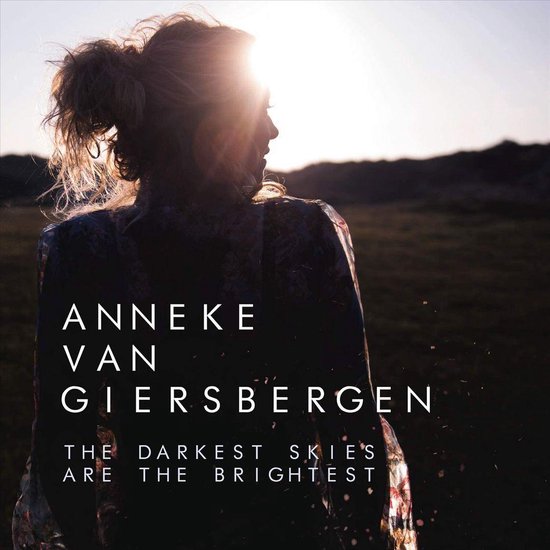 ‘The Darkest Skies Are The Brightest’ is Anneke’s 23rd career album. It proves, once again, that the award-winning Dutch artist defies being pigeonholed by any genre.

After thirteen years as the front woman for melancholic metallers, The Gathering, she struck out on her own in 2007. Since then, her creativity has known no bounds. Anneke quickly solidified a successful solo career (initially under the moniker Agua de Annique), and has recorded and performed with Canadian metal genius Devin Townsend multiple times. She has also lent her serene yet powerful voice to the likes of: Anathema, Icelandic folk group Árstíðir, Within Temptation, Ayreon mastermind Arjen Lucassen, Amorphis, and prog legend John Wetton.

2012’s ‘Everything is Changing’ was something of a milestone in Anneke’s solo career. The album, which was the first to be released under her own name, received two Edison Award nominations – Holland’s most prestigious music prize – in the categories ‘Best Female Artist’ and ‘Best Album’.
In 2015, Anneke van Giersbergen and Arjen Lucassen (Ayreon) released their collaborative album ‘The Diary’ under the name The Gentle Storm.
In October 2017, Anneke’s progressive metal outfit VUUR released their much-anticipated debut album. ‘In This Moment We Are Free – Cities’ entered the Dutch Album Top 100 at number 2, Anneke’s highest-ever chart position.

Forever the unpredictable artist, in late 2018, Anneke released ‘Symphonized’, an 11-track live orchestral album. It was recorded at two career-spanning concerts alongside Residentie Orkest The Hague, and features rearrangements of songs from her entire back catalogue.
2019 saw Dutch music copyright organisation Buma Cultuur honor Anneke with the Buma ROCKS! Export Award. This is their award for the Most Successful Dutch Artist Abroad in Heavy Music.
In 2021, the release of her new solo album ‘The Darkest Skies Are The Brightest’ will see Anneke surprise her fans all over again.