BEYOND THE BLACK [& MISTER MISERY] 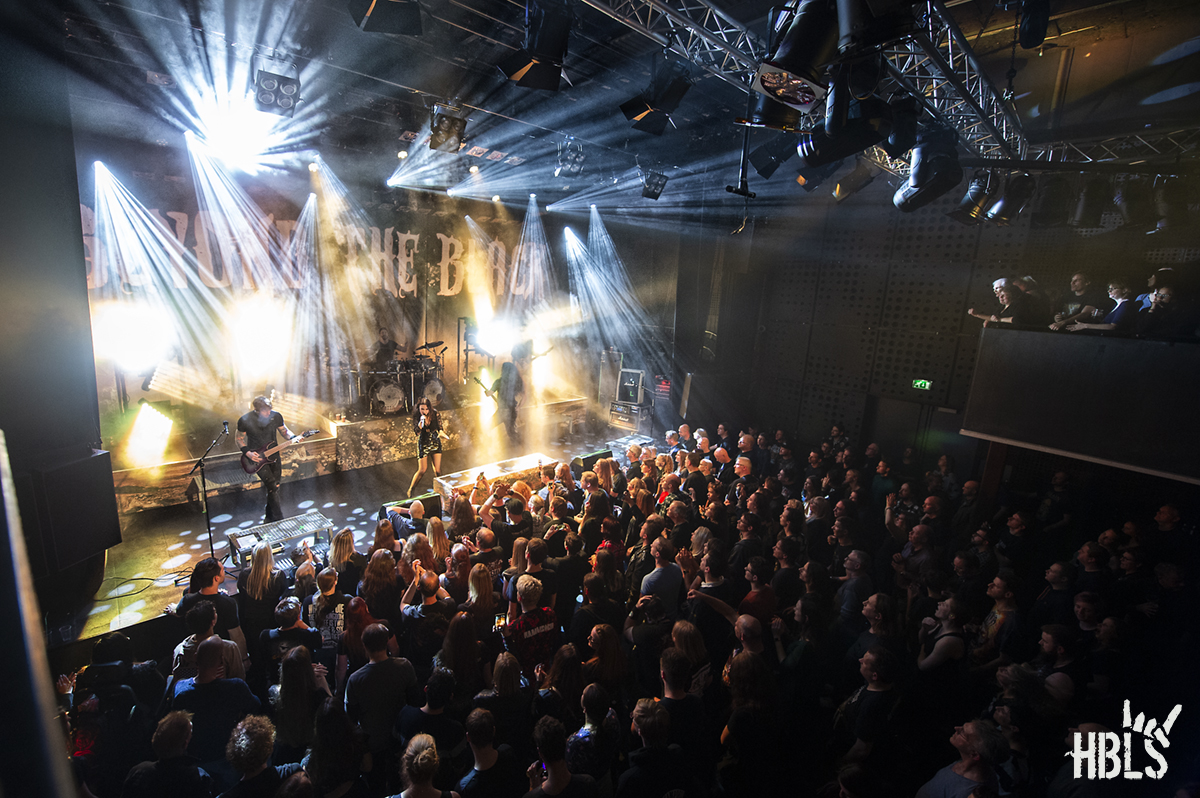 BEYOND THE BLACK [& MISTER MISERY]

The star of German symphonic metal band Beyond The Black is rising and having their third album`Heart Of The Hurricane’ released mid 2018 [and this summer the `Black Edition’ is released world wide], the band with the lovely singer Jennifer Haben, since then is on the road as much as possible. Right now they are doing their own headline tour in Europe and it seems that this energetic hurricane is raging over Europe with great success. Many shows are sold out and tonight’s gig is upgraded to the bigger Hertog Jan Zaal, because of that. 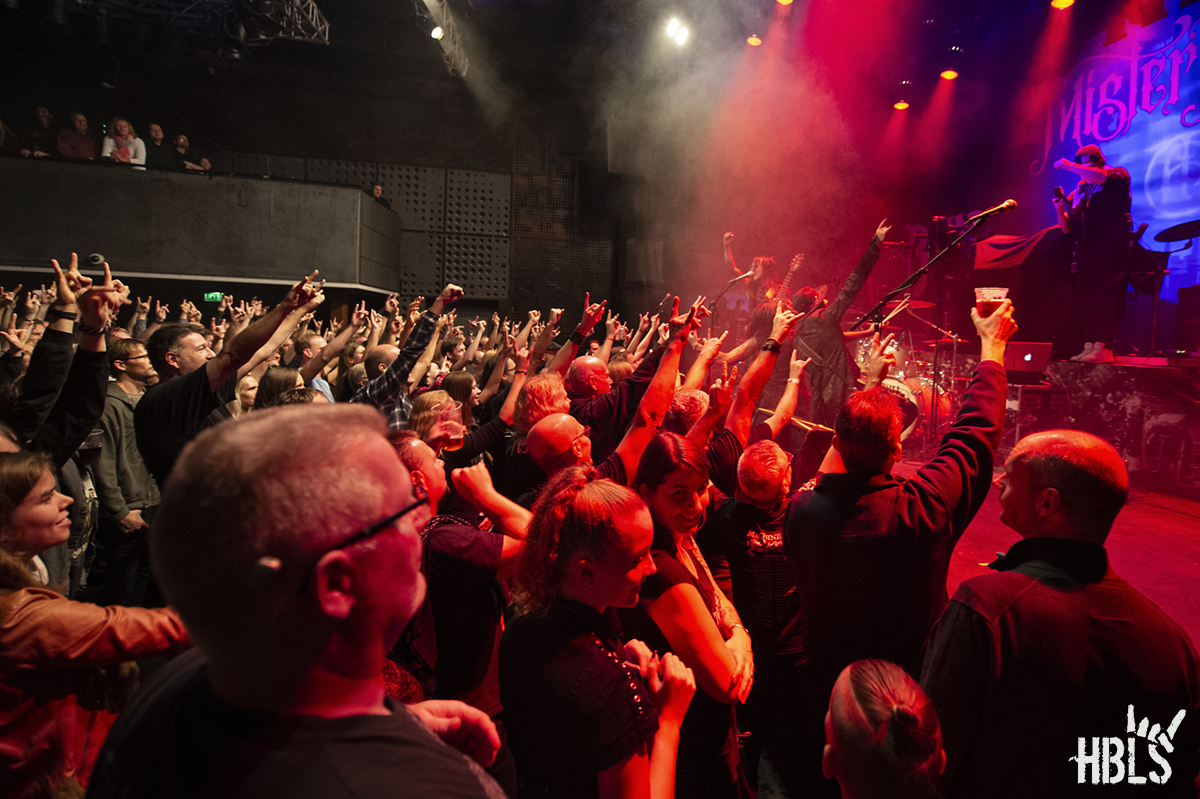 To get the crowd going, new, young Swedish gloom metal sensation MISTER MISERY accompanies BTB for most of the tour dates. When I heard their recently released debut album `Unalive’ for the first time I was drawn into their music at once and I definitely didn’t want to miss MM’s one and only show in The Netherlands. It’s a long drive to Metropool [which is near the German border] but it turned out to be a cool venue, with also a balcony ring, which makes this evening kind of a more cosy experience a well. Tonight Mister Misery faces a packed club and the guys couldn’t be happier with the positive and enthusiastic response of the crowd. 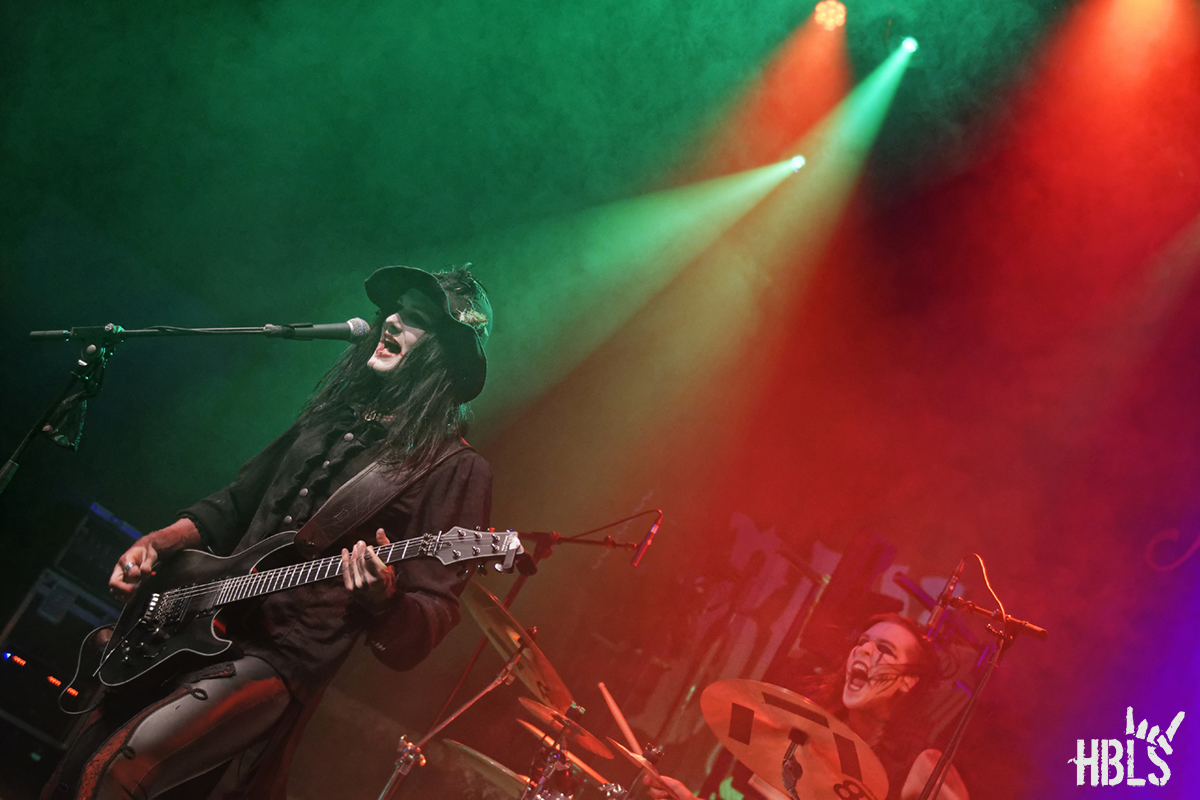 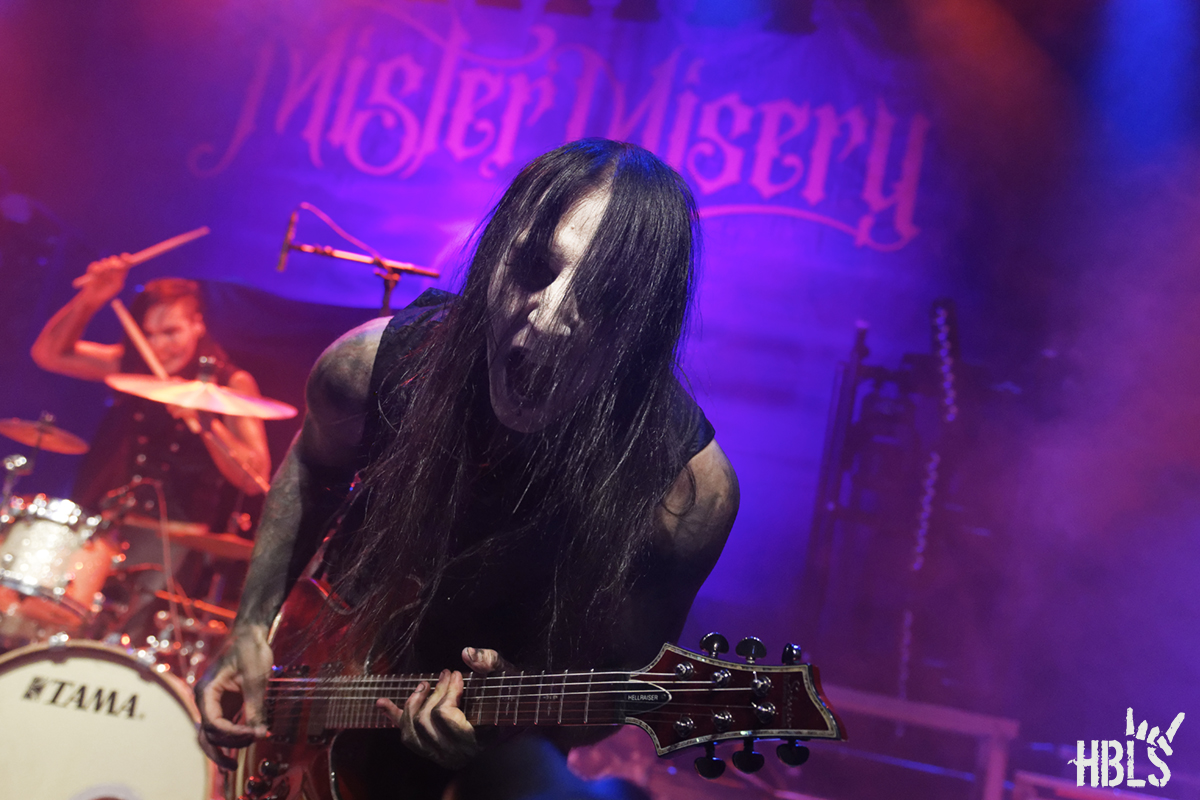 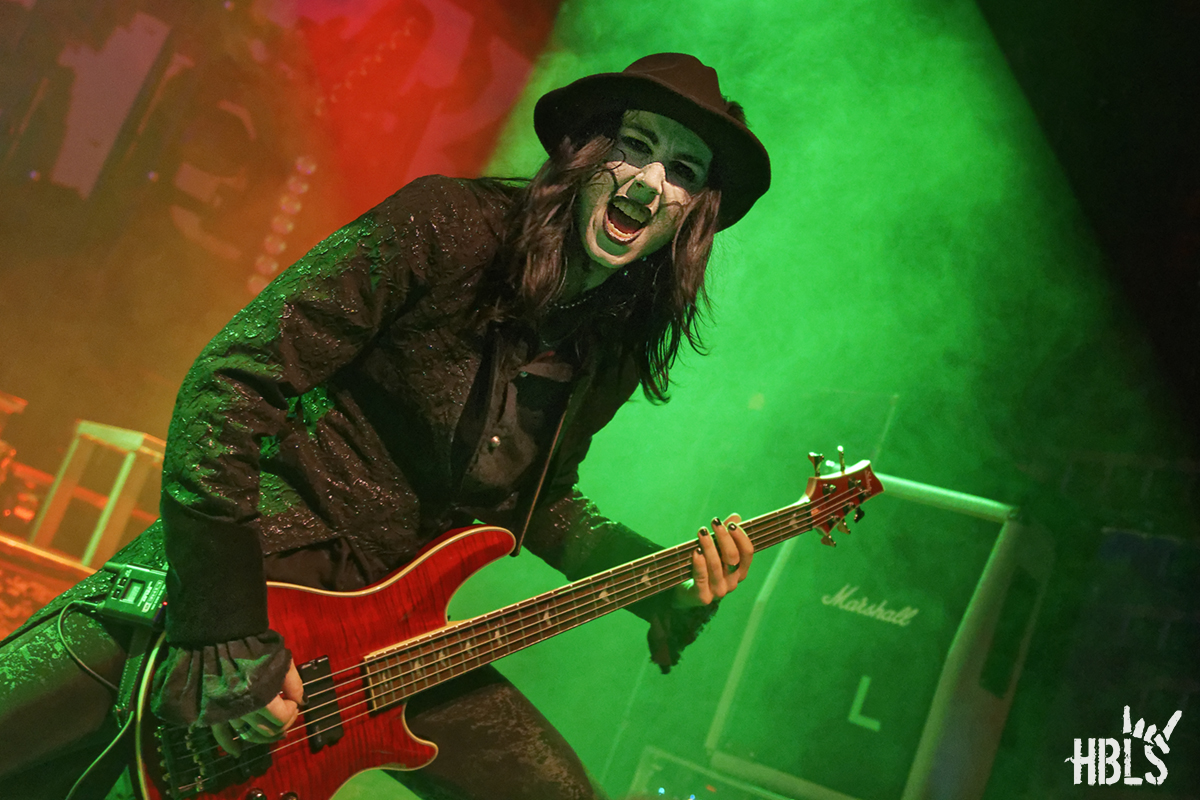 Mister Misery has quite some charisma on stage, having full make-up on, dressed in dark, vampire-like romantic outfits and presenting themselves as a dedicated unit, it is a great pleasure to watch. The stage presentation looks professional, supported by a cool backdrop and a colourful stage light. Although their music might be a bit heavier than the main act, due to the more harsh vocal approach [which I don’t mind at all] and aggressive guitar riffs for instance, there are so many catchy appealing melodies, sing-along choruses and cool guitar harmonies in their songs, the guys have no problem to win over the audience. Harley Vendetta sings his heart out [while playing guitar] and is a frontman that draws attention. Along the ride he gets a solid vocal [sometimes growling] back up of guitarist Alex Nine and bass player Eddie Crow. Unfortunately the set list is just approximately 35 minutes but during this playtime the energy is radiant and the drive and joy the musicians display is very convincing. Drummer Rizzy especially stands out for not being a traditional playing drummer, but he frequently is standing and doing poses while hitting his drum kit like a maniac. Almost the complete album is played tonight and although there are no weak songs, I think ,,The Blood Waltz’’, ,,Ghost’’, ,,Legion’’, ,,Rebels Calling’’ and ,,Live While You Can’’ are the absolute live anthems. Mister Misery announced their own headline tour in February 2020 [The Unalive Tour] and I can’t wait to see what this new cool generation of metal will have in store for us. 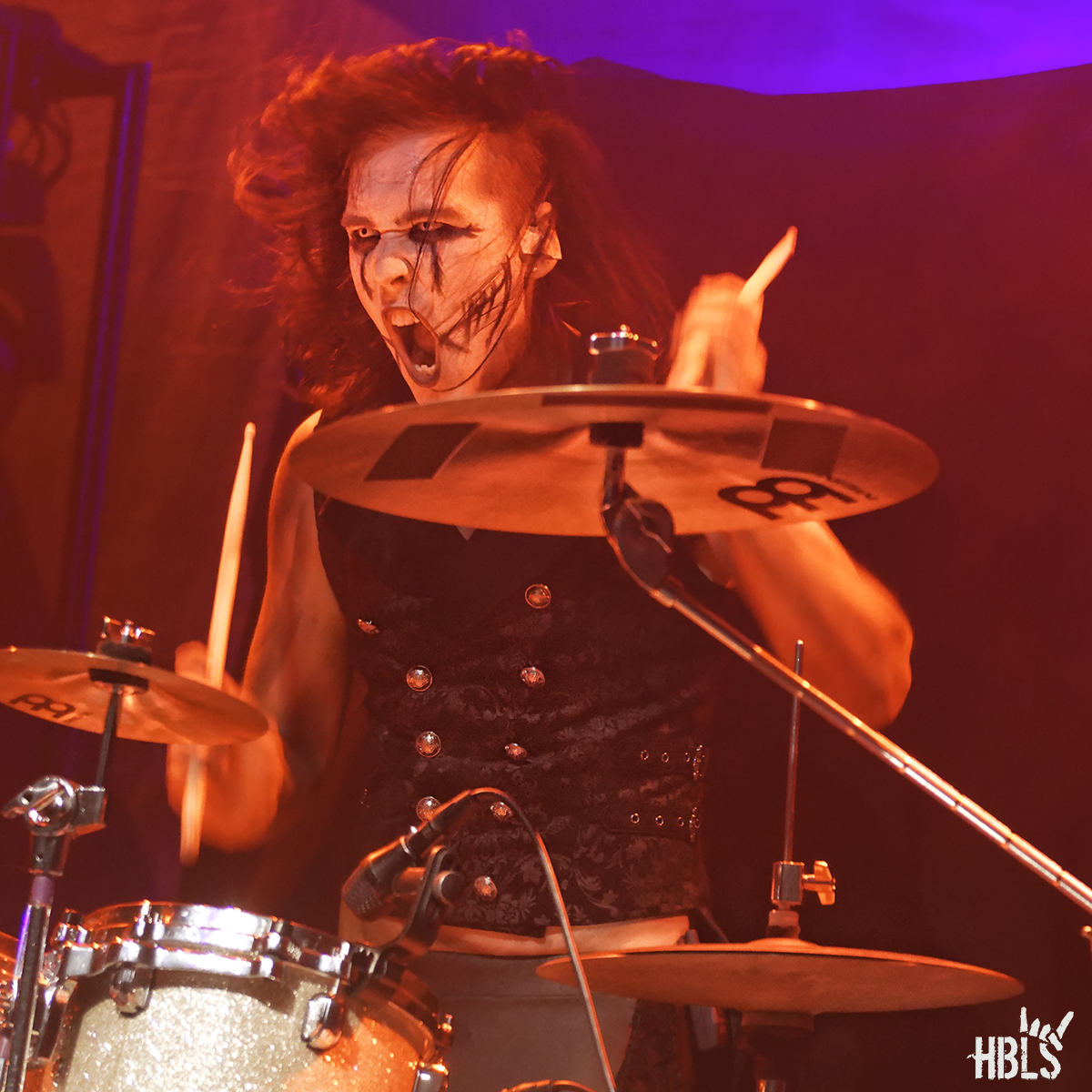 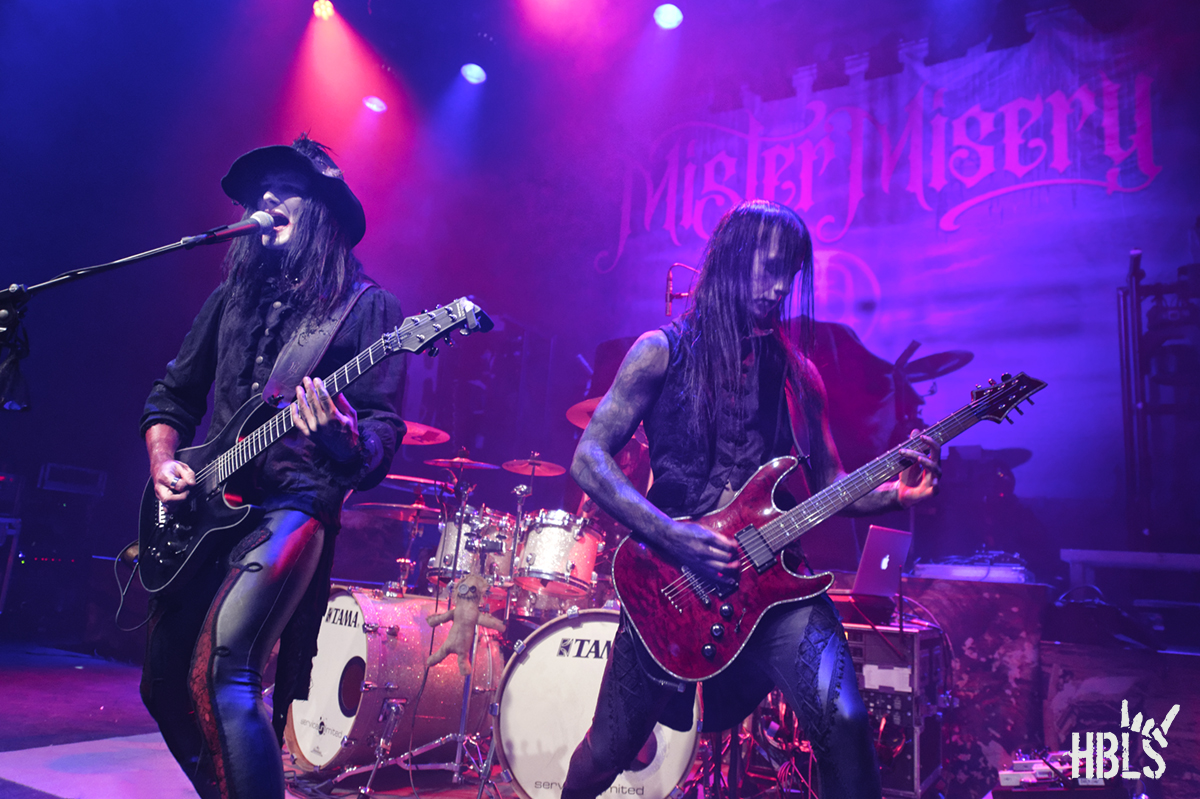 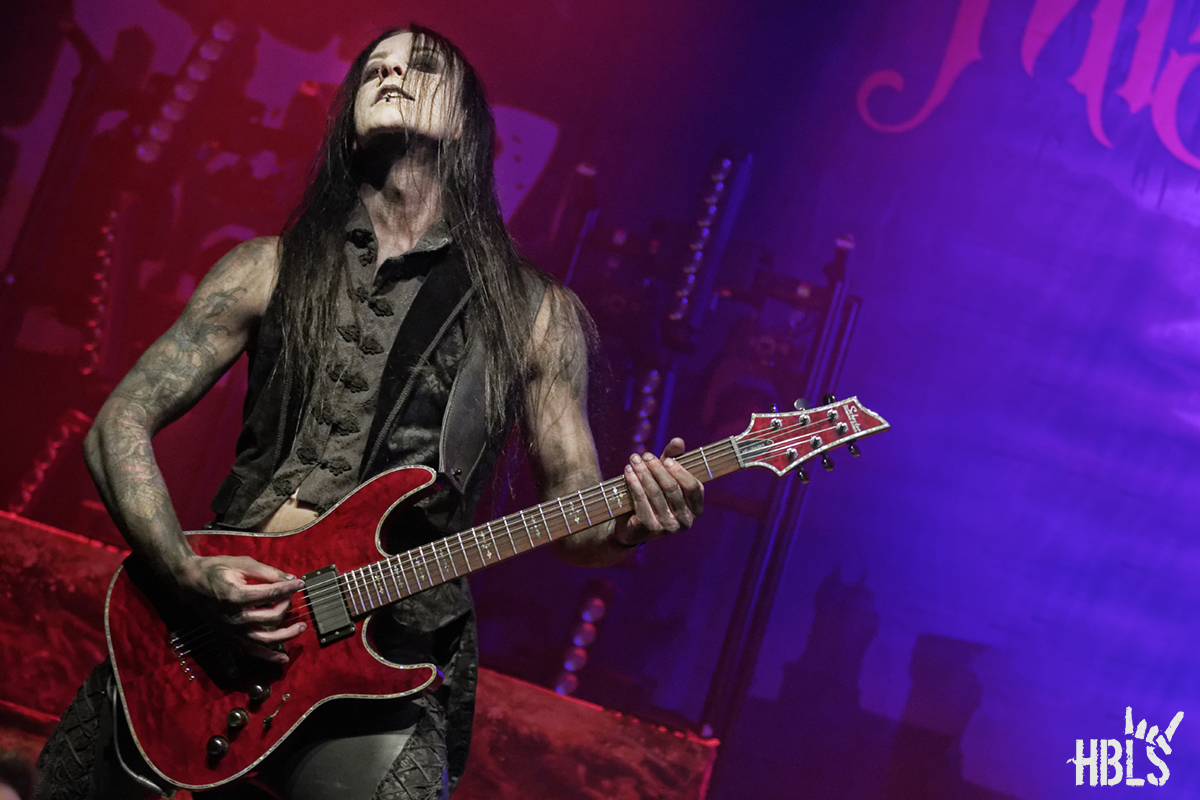 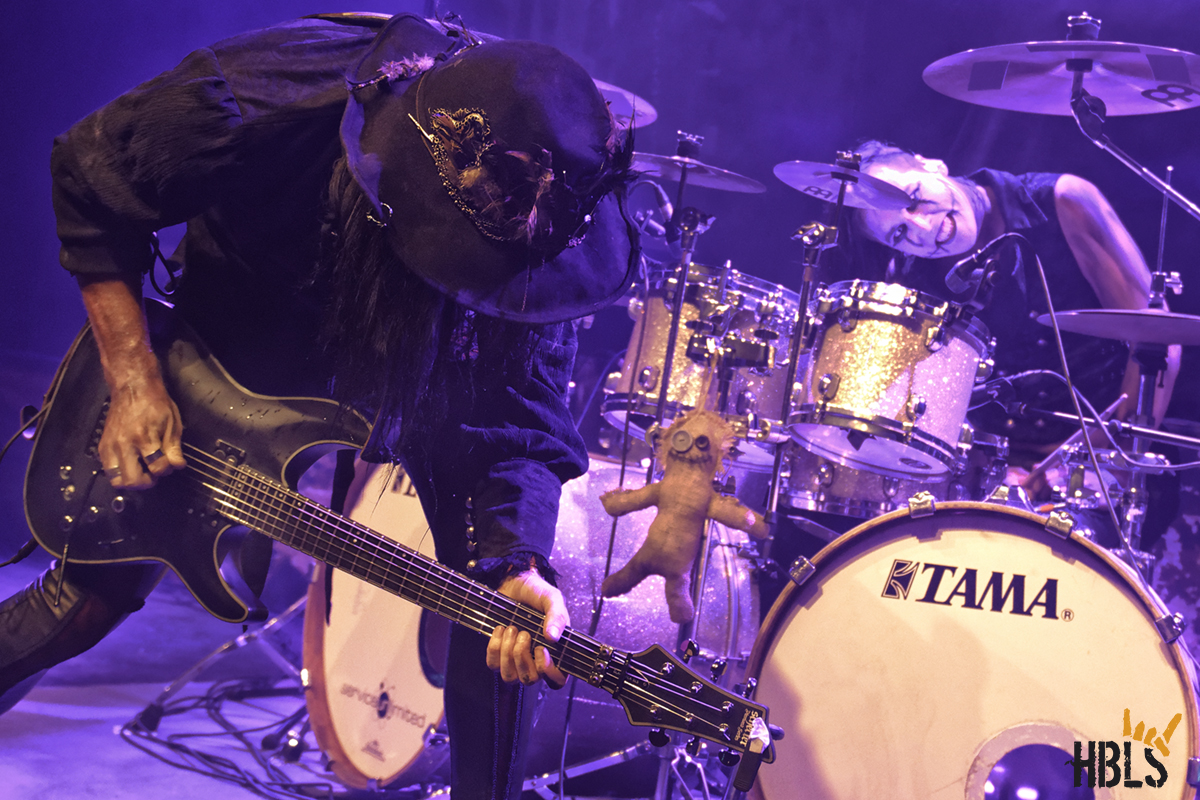 In the meantime the temperature has risen to level “hot” and the “odor” in the venue is pretty much beer and sweat by now. Gladly within twenty minutes the stage is ready for main act BEYOND THE BLACK so that we get fully distracted from that. Having an enormous backdrop, cool light props and a front stage riser, the show of BTB looks top notch. After a classical, bombastic themed intro the band takes off with their latest, strong hit ,,Hysteria’’, in which front lady Jennifer Haben makes a stunning entrée. Not only on CD but also live she is an amazing singer and somehow, not only her face but also her voice, reminds me of Sharon den Adel of Within Temptation. Jennifer looks very confident on stage and she has a strong hold on the audience. 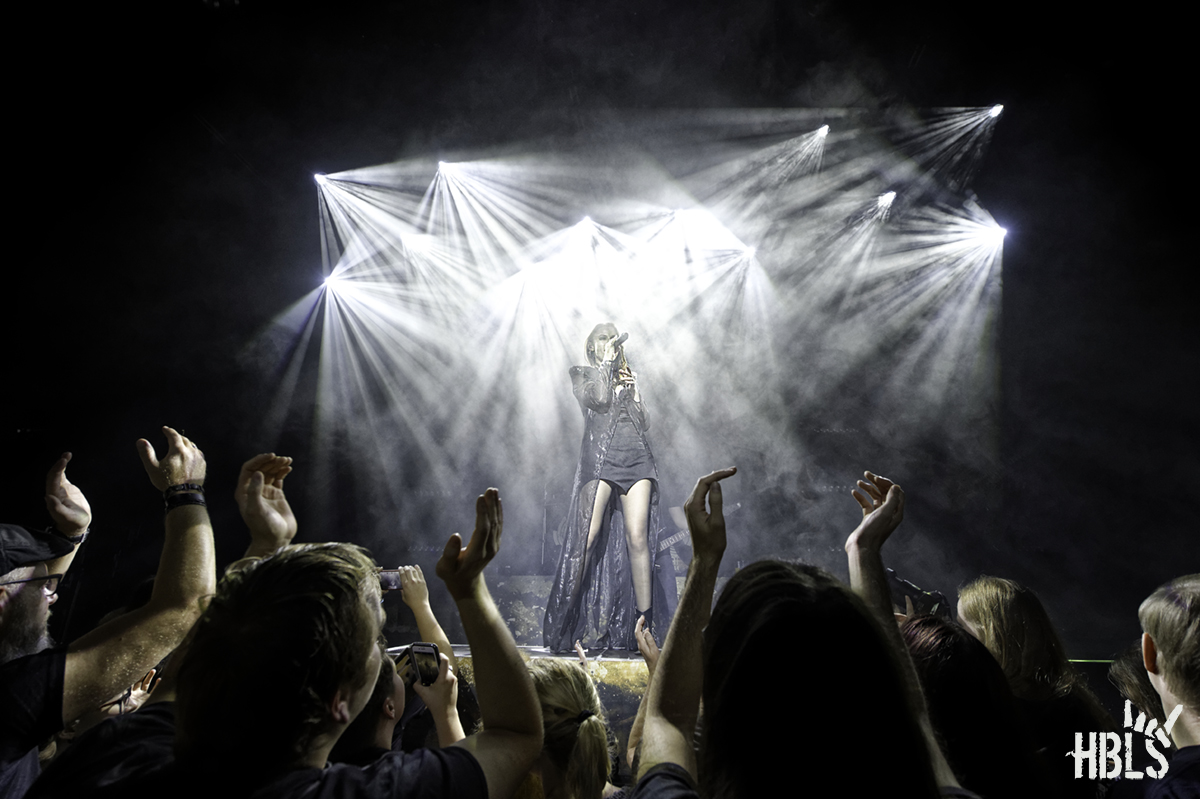 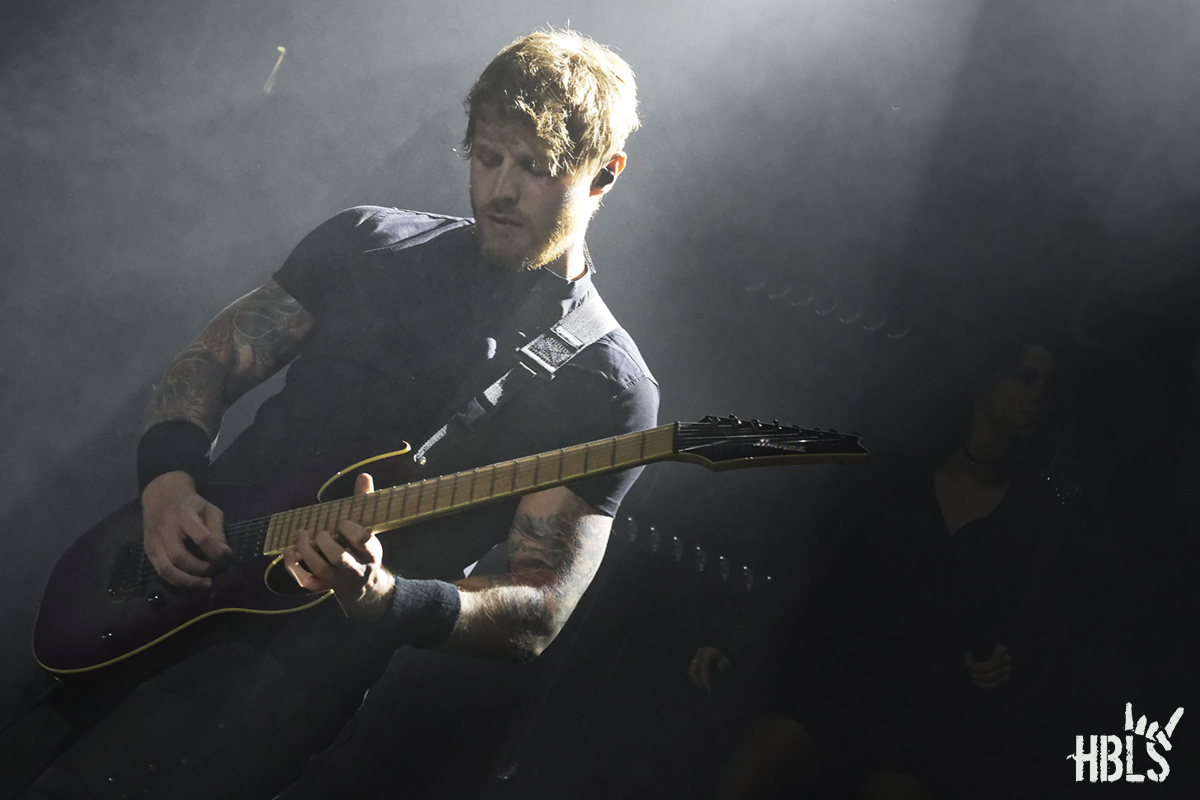 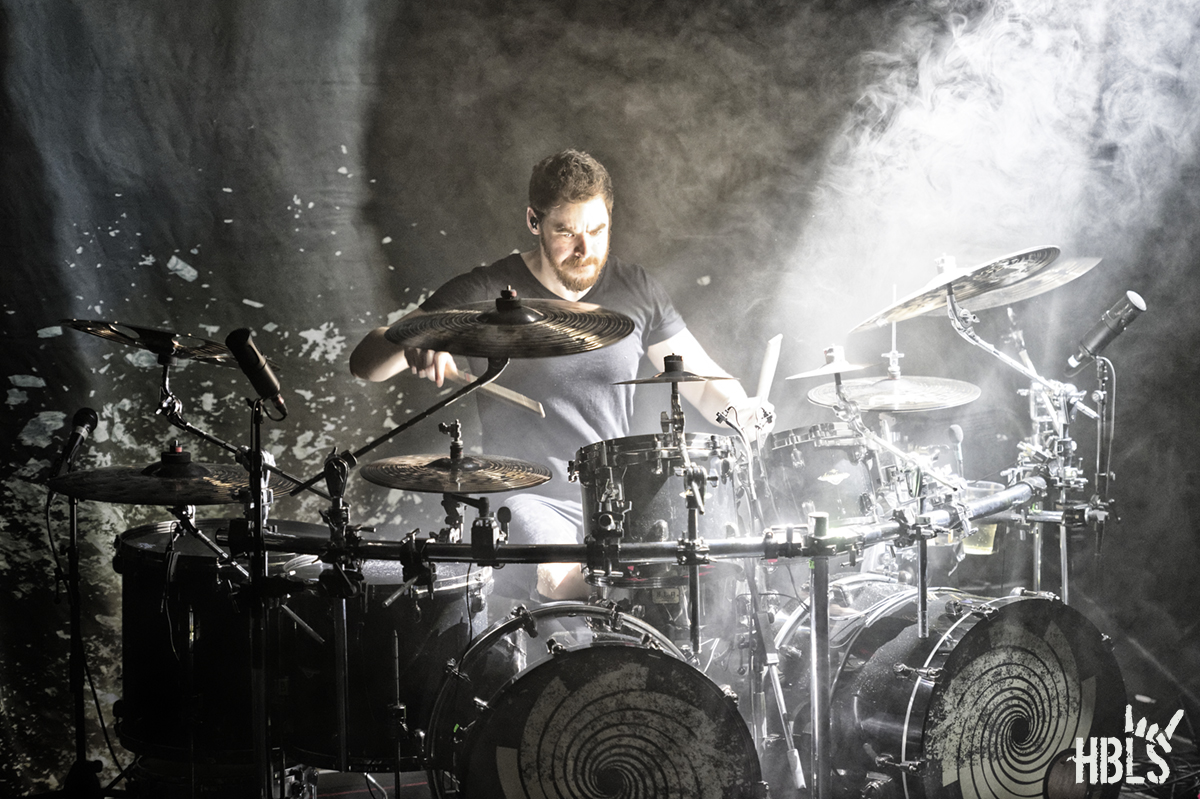 Beyond The Black has released three albums so far [`Songs Of Love And Death’, `Lost In Forever’ and `Heart Of The Hurricane’] and tonight’s set list is pretty much a cross section of their discography, featuring most of their strongest tracks. The band gives Jennifer a solid, tight and well-played musical frame to fully bloom as a singer. Her vocal variety and emotional touch is impressive and the once a while growls by one of the guitarists is a cool extra in the total sound. 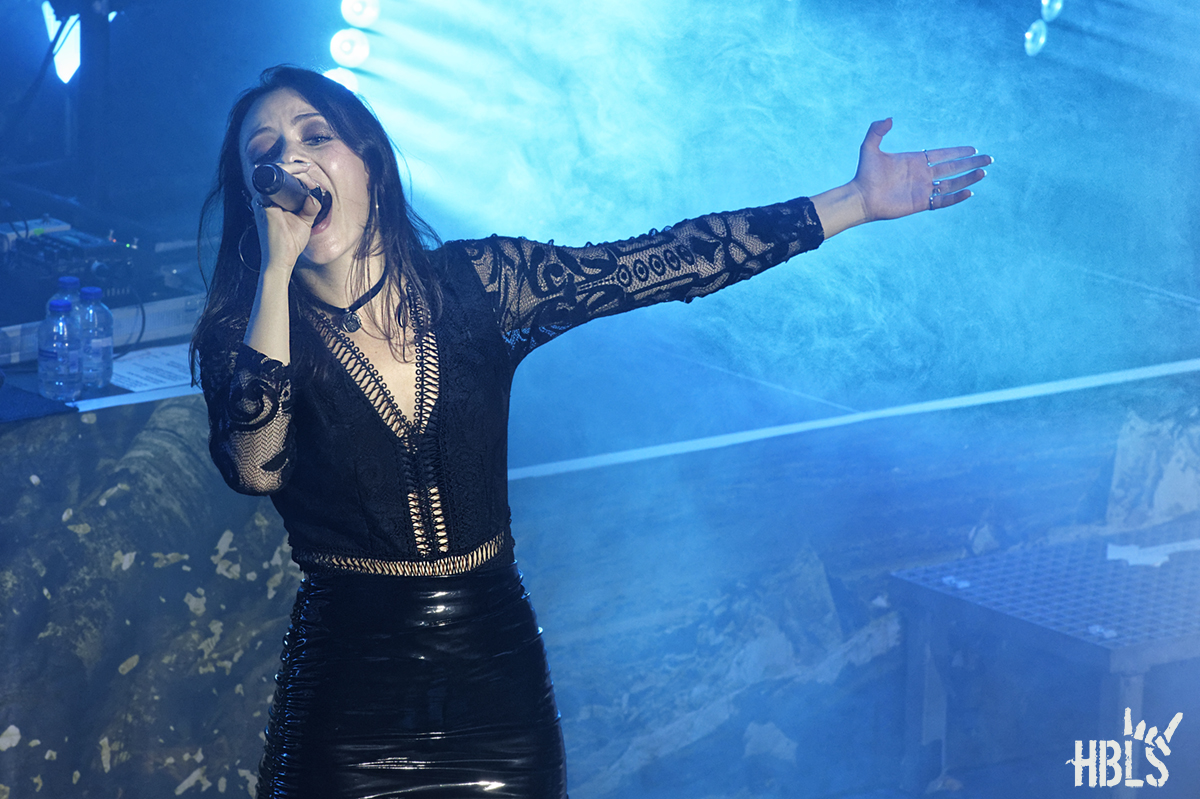 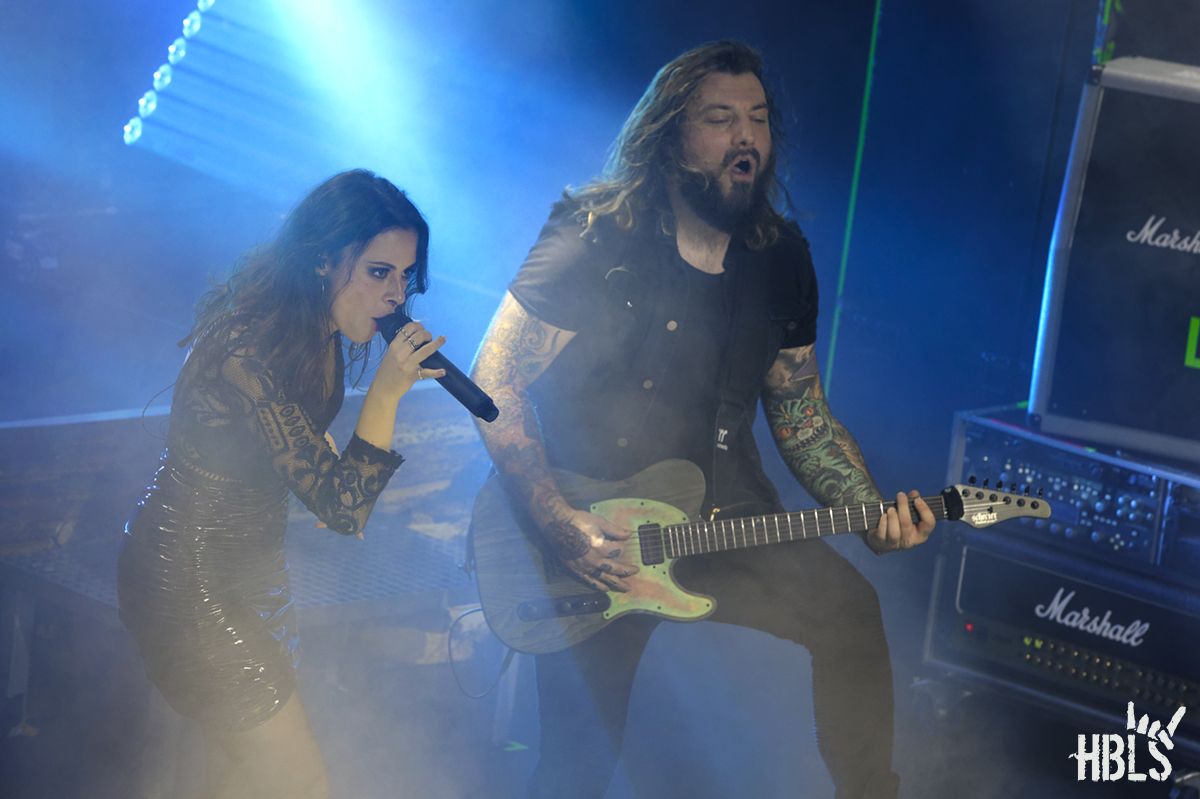 Beyond The Black is categorized in the heavy symphonic metal genre but the songs show dynamics in various tempo’s, heavy and calmer parts, with sometimes a more a heavy rock attitude and catchy, anthem like tunes. It is obvious the lyrics really speak to the present fans and the one hour and 35 minute set is a true celebration for them. Besides the particular outstanding songs ,,Heart Of The Hurricane’’, ,,Million Lightyears’’, ,,Lost In Forever’’, Shine And Shade’’, BTB serves an intimate acoustic moment next to the P.A. system, having Jennifer sitting behind the piano, accompanied by one guitarist. In her personal speech introducing the Michael Patrick Kelly Cover ,,Salve Regina’’ Jennifer invites everybody to light up their phone. It’s a true magical moment for the band and fans. 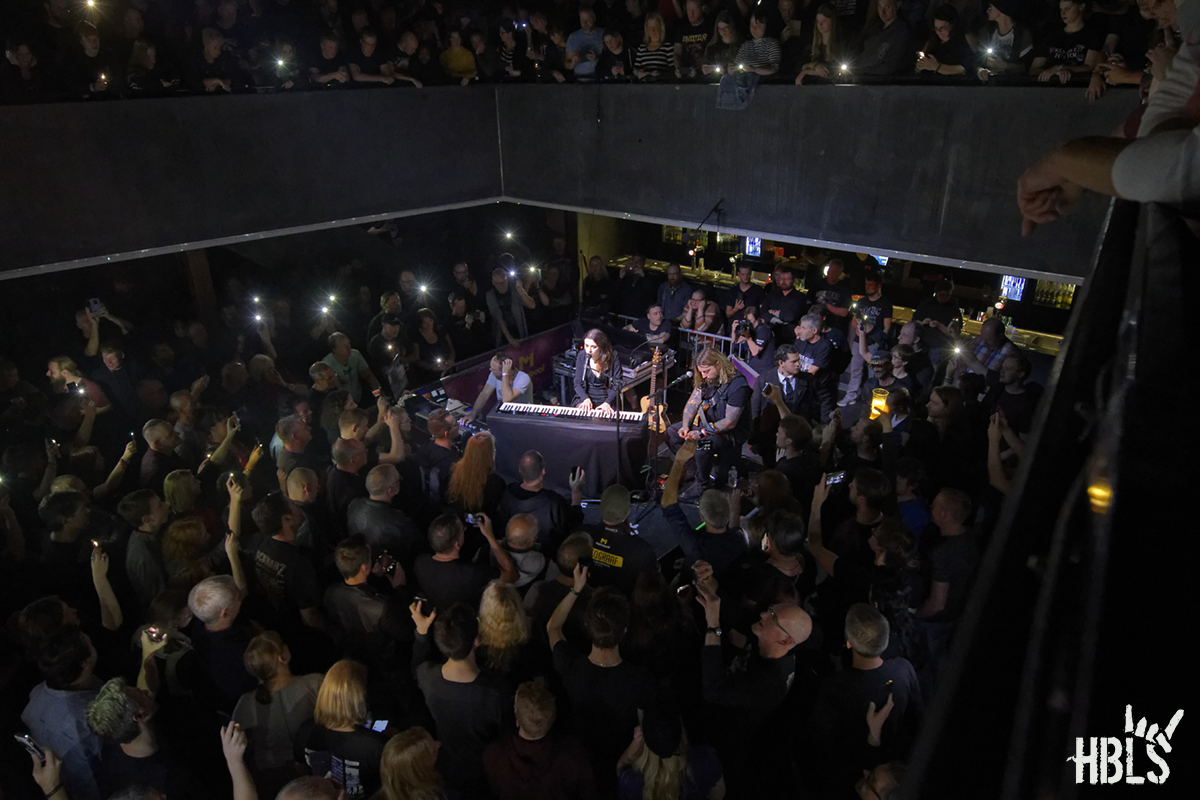 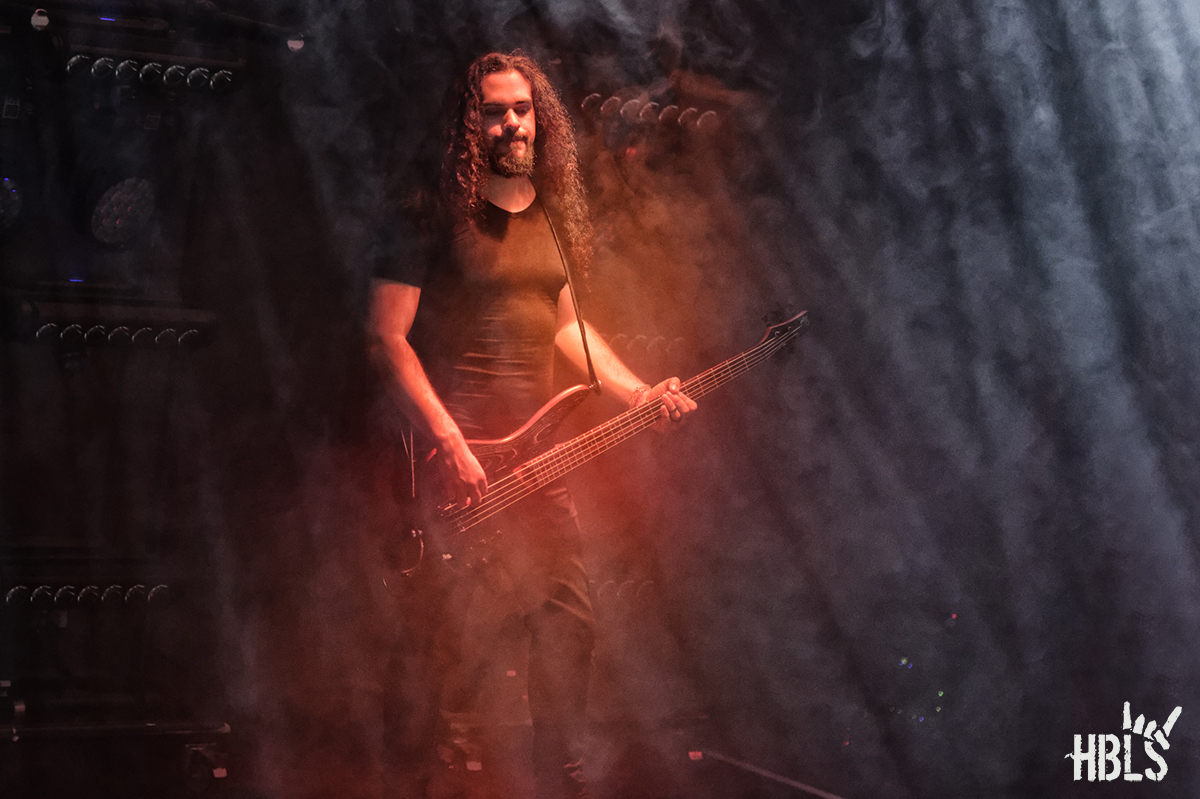 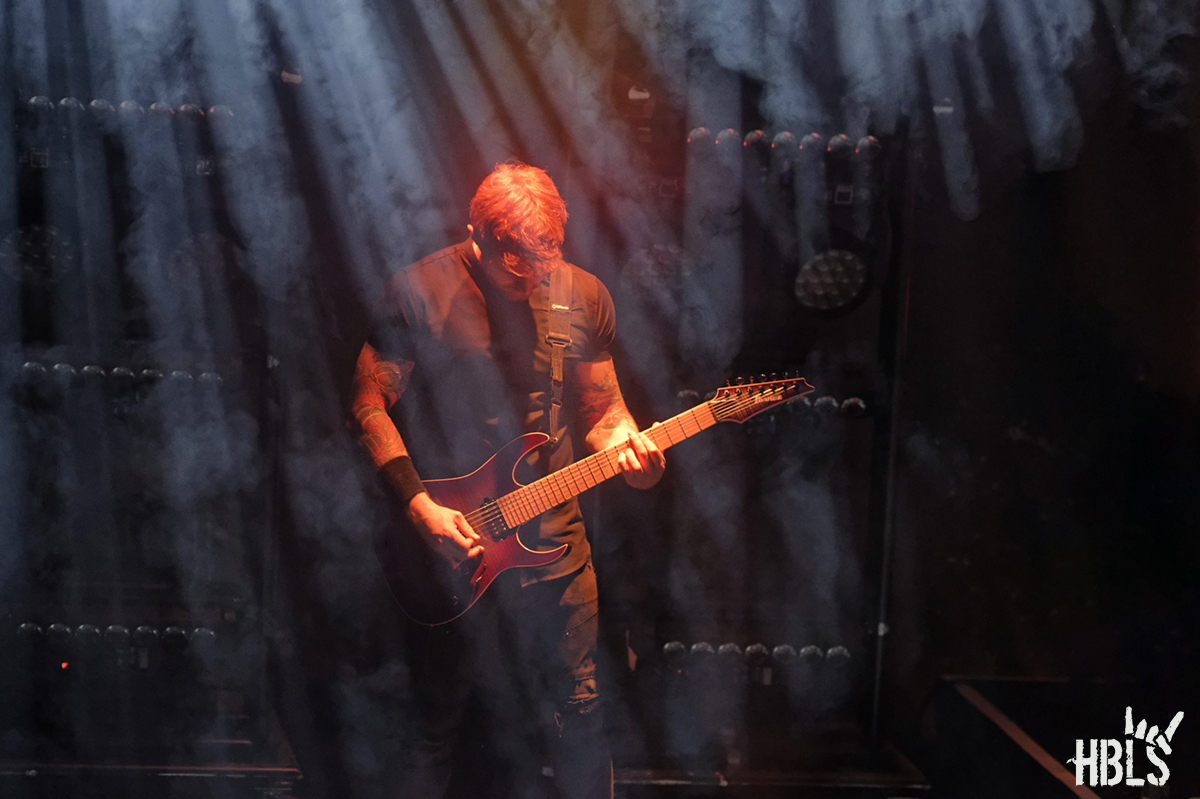 All in all this was a successful night having two talented bands on the bill. This supposed to be the second-last show of this package tour, but it happen to be the last one since the final show in Paris the next day was cancelled do to severe illness of singer Jennifer. Apparently she has been struggling for the last three shows, including this one, but she made sure the audience wasn’t aware of that. How professional! Hats off and hopefully Jennifer is back on her feet soon. 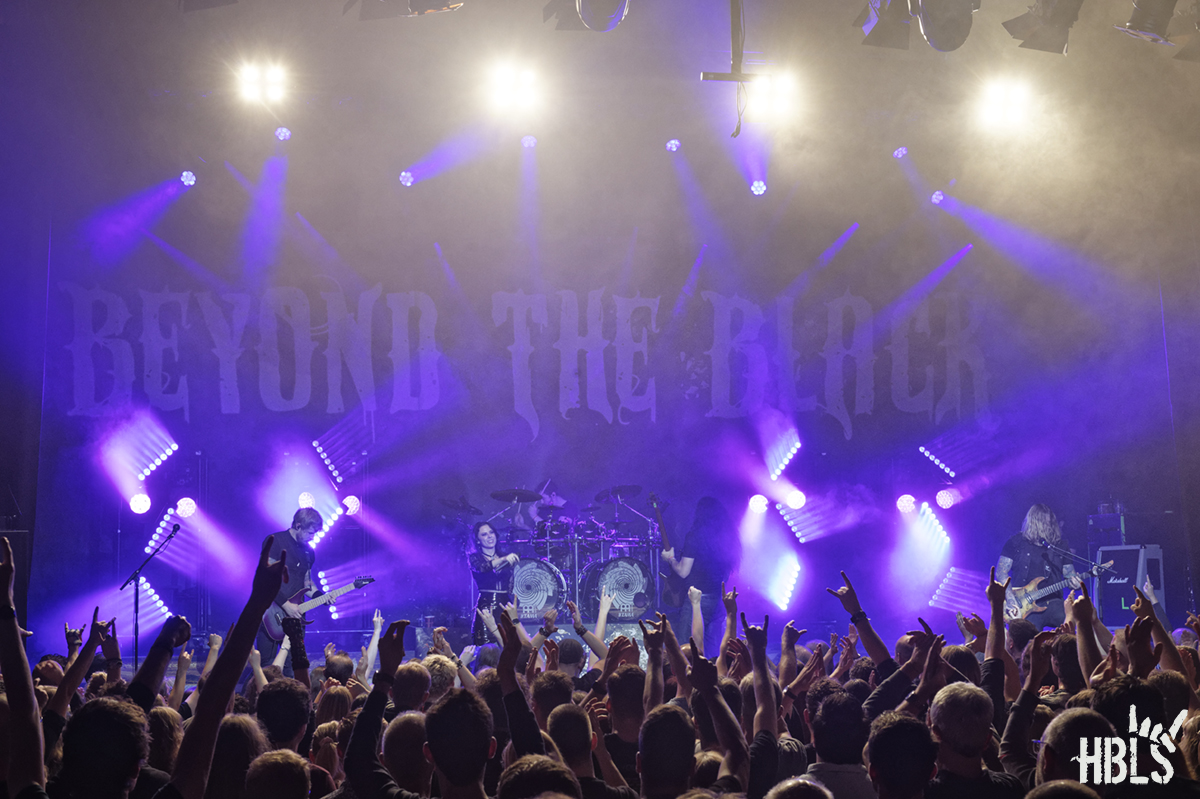 —
All photos by Dirk van den Heuvel of DCH Photography