Recently Canadian psychedelic rockers BLACK MOUNTAIN came to The Netherlands and played in Maastricht. For HeadBangers LifeStyle Stan Novak went to the show and came back with his report while Harry Heuts shot the photos. 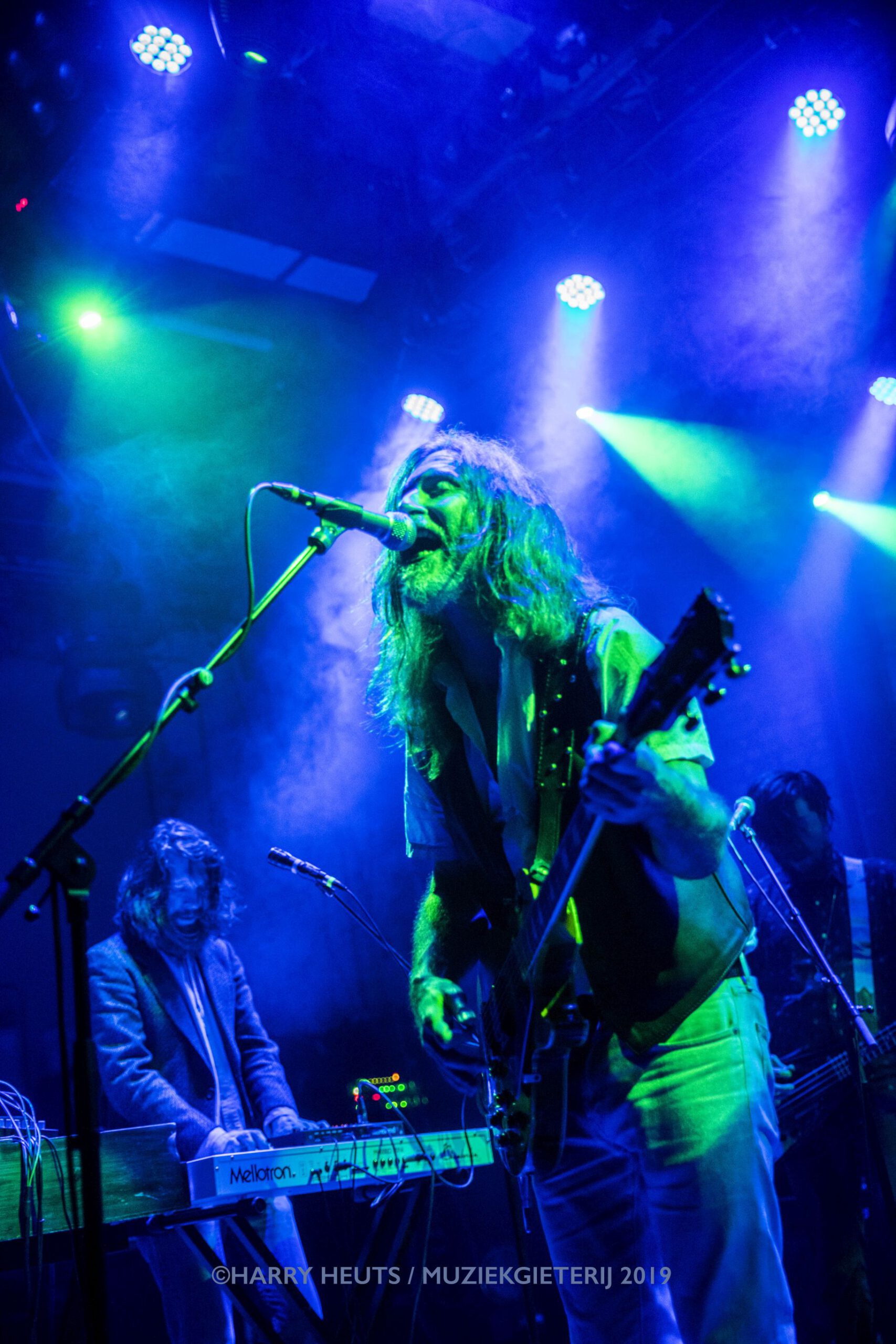 Popmusic and the city of Maastricht have not proven to be a fruitful combination for decades. Over the years, several organizations have tried their luck, but to no avail. In contrary to neighbouring cities such as Heerlen and Sittard, popular music never got a foothold there. And that is remarkable for a provincial capital with over 120.000 inhabitants, moreover a burgundian student city in the heart of the Euregion. Having said so, hope has been on the rise recently. It seems that the newly renovated Muziekgieterij has started to turn the tide. The first leg of productions after the re-opening have turned out very positive so the outlook is promising. Pop and rock audience are starting to find their way to the doors of the stately steel and stoned complex (previously a carpentry factory was located here). Currently things are working out both artistically and commercially. The Belgian rock flagship Triggerfinger, for example, was facing a full house during the official opening and blues legend Walter Trout also managed to fill up the Grote Zaal (main room with a capacity of 1100 visitors). 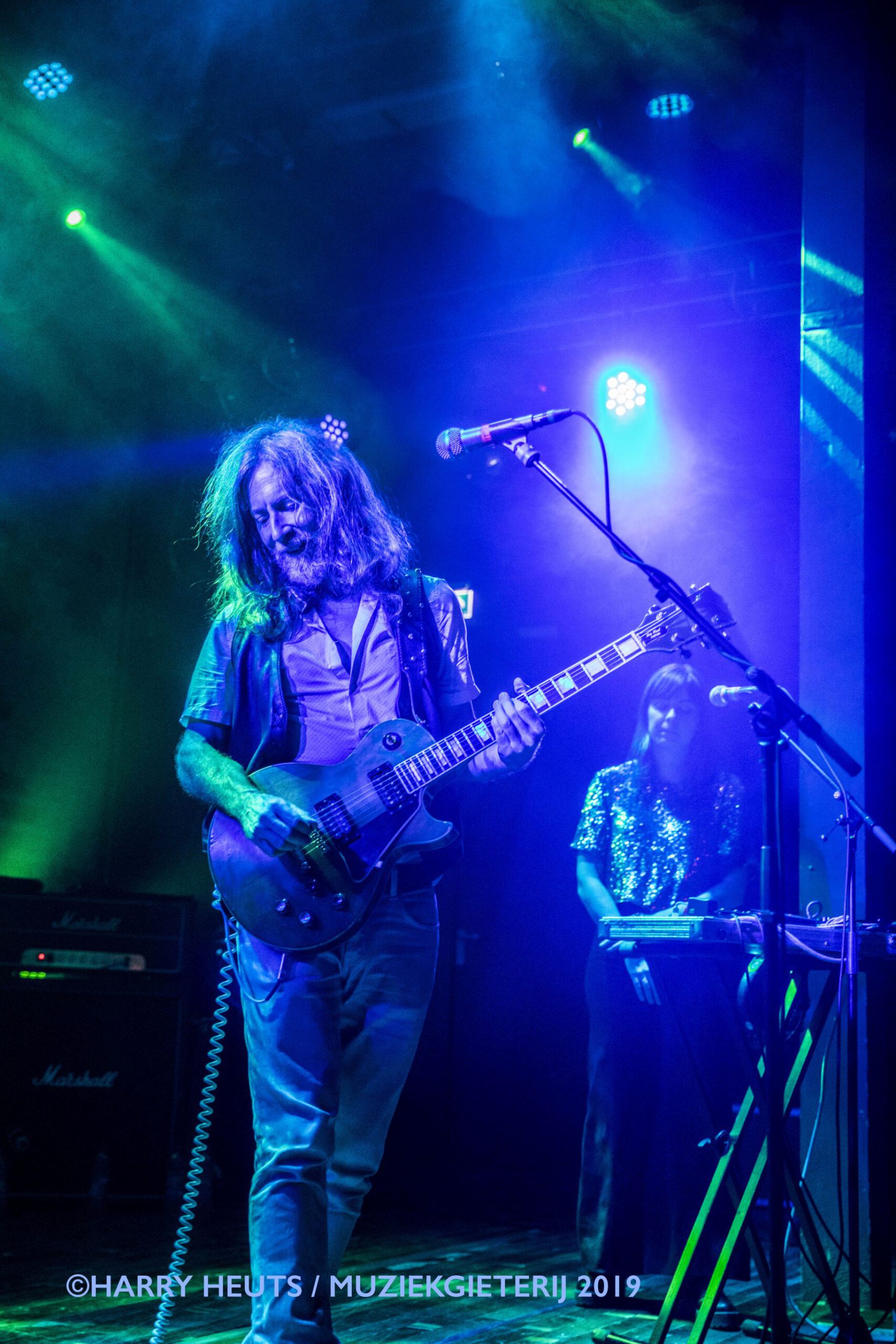 On this windy fall evening in October Eurovision Song Contest winner Duncan Laurence, who was programmed in the Grote Zaal, is forced to cancel his performance at the eleventh hour due to throat complaints. Black Mountain however remains on tonight’s program. These Canadian psychedelic rockers are considerably less mainstream and popular so their battleground is the Kleine Zaal (small room) which can accommodate well over 400 people. Tonight it fills up for about two third which certainly is not without merit. The pleasant turn up sets for a relaxed vibe in the, despite its industrial character, remarkably atmospheric room. After an intro that we seem to know from the live shows of American rock dino Blue Oyster Cult, the Canucks kicks off with ,,Mothers Of The Sun’’, the robust and edgy opener of ‘IV’, the fourth and second to last studio album. It immediately shows that the psychedelic aspect prevails better live than on record, which can partly be contributed to the solid hall reverb which makes the sound a bit looser than on the records. 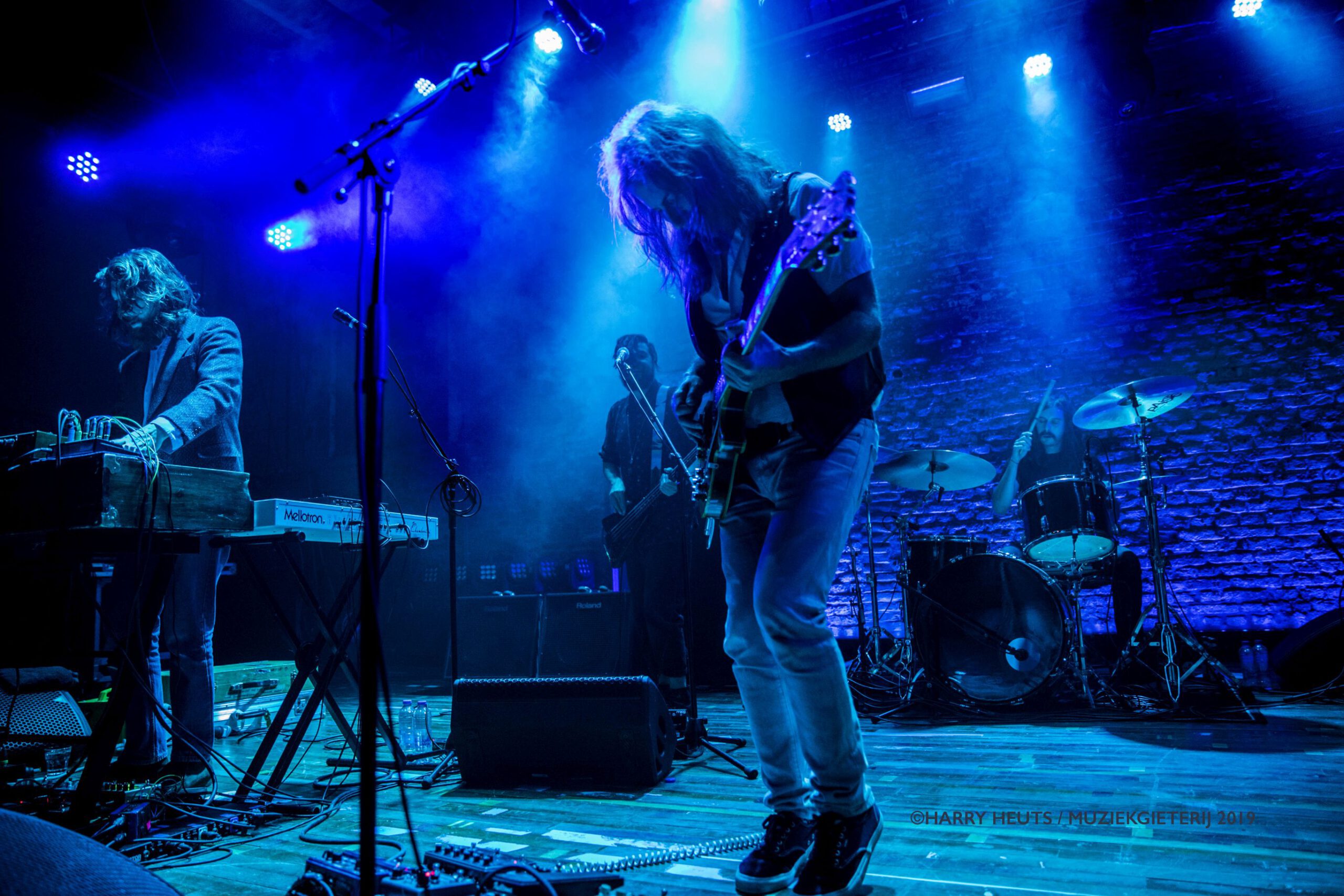 Having said this, the band looks a bit distant and not very much at ease and this turns out to be more than a start-up problem. It seems to lie within the nature of the players that Black Mountain is missing some flair and exuberance. The audience is facing an introvert band that limits crowd interaction to a minimum with a static stage presence that sometimes even evokes a sense of duty. And that’s a bit of a bummer because a bit of enthusiasm would definitely take the show to a higher level. Musically, and this applies for cd as well as live, Black Mountain’s quality is undisputed. Let that be clear! The band refuses to be restricted to one particular style and clearly manages to shine an eclectic vision on stage. Various musical aspects varying from doom, spacerock, garage, avant garde and (towards the end) even a twist of reggae are being showcased, constantly being topped with that well-known psychedelic sauce. 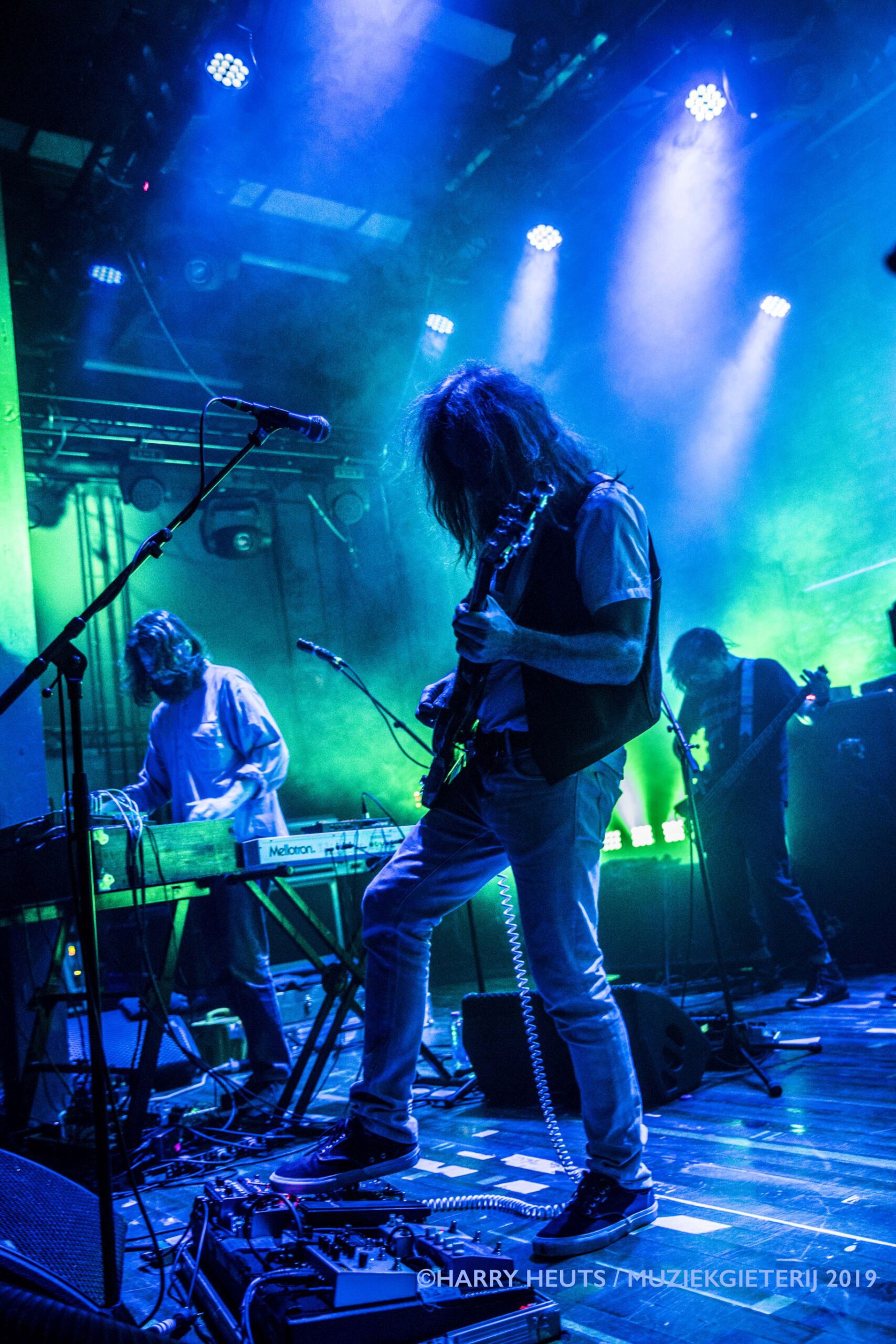 When the euphoric ,,Florian Saucer Attack” comes along, halfway through the set,  it feels like a real treat. The trophy song is strategically well positioned but a few more of such adrenaline kicks would benefit the overall dynamics. In the hour and a half that the five piece claims the stage it stands out musically, but it is fair to say that the timid performance is not very uplifting. Therefore it is lacking some genuine rock ‘n roll spirit. Perhaps the band’s timid approach can be contributed to the recent turbulence within the line-up. After all, not too long ago the band changed their female singer and drummer. I choose not to believe that though and instead am inclined to think that Black Mountain belongs to the category of bands that is having difficulties in uplifting the fascinating sounds we got to know from the studio cuts on a stage.
—
All Photos by Harry Heuts / Harry Heuts Photography