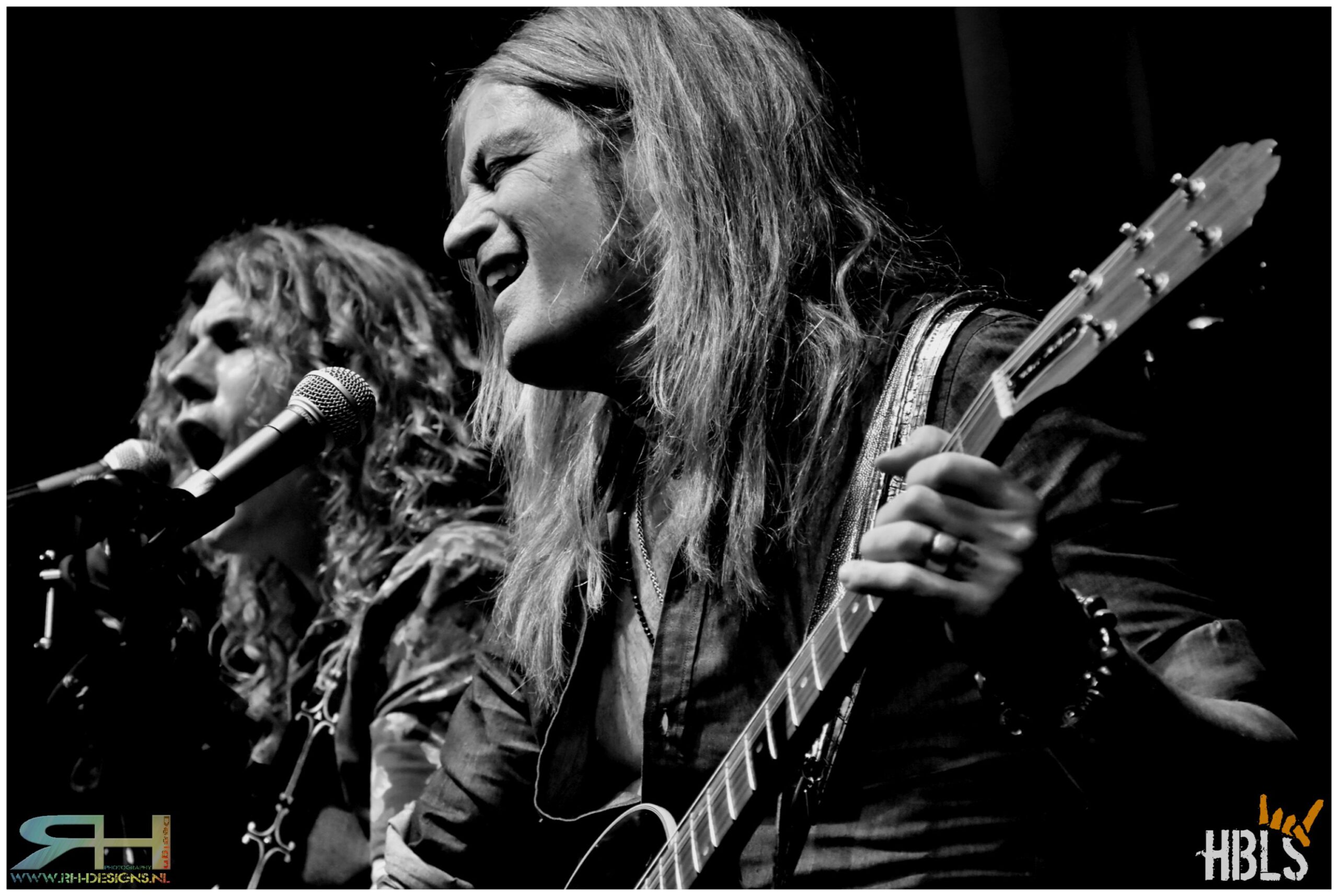 Tuesday April 16th Burning Rain (Est.1998) visited the ‘Bosuil’, Weert to promote their latest and 4th album ‘Face the Music’. Unfortunately, there were not so many people, but on the other hand, the ones that showed up for this gig, got an up close and personal with Burning Rain. 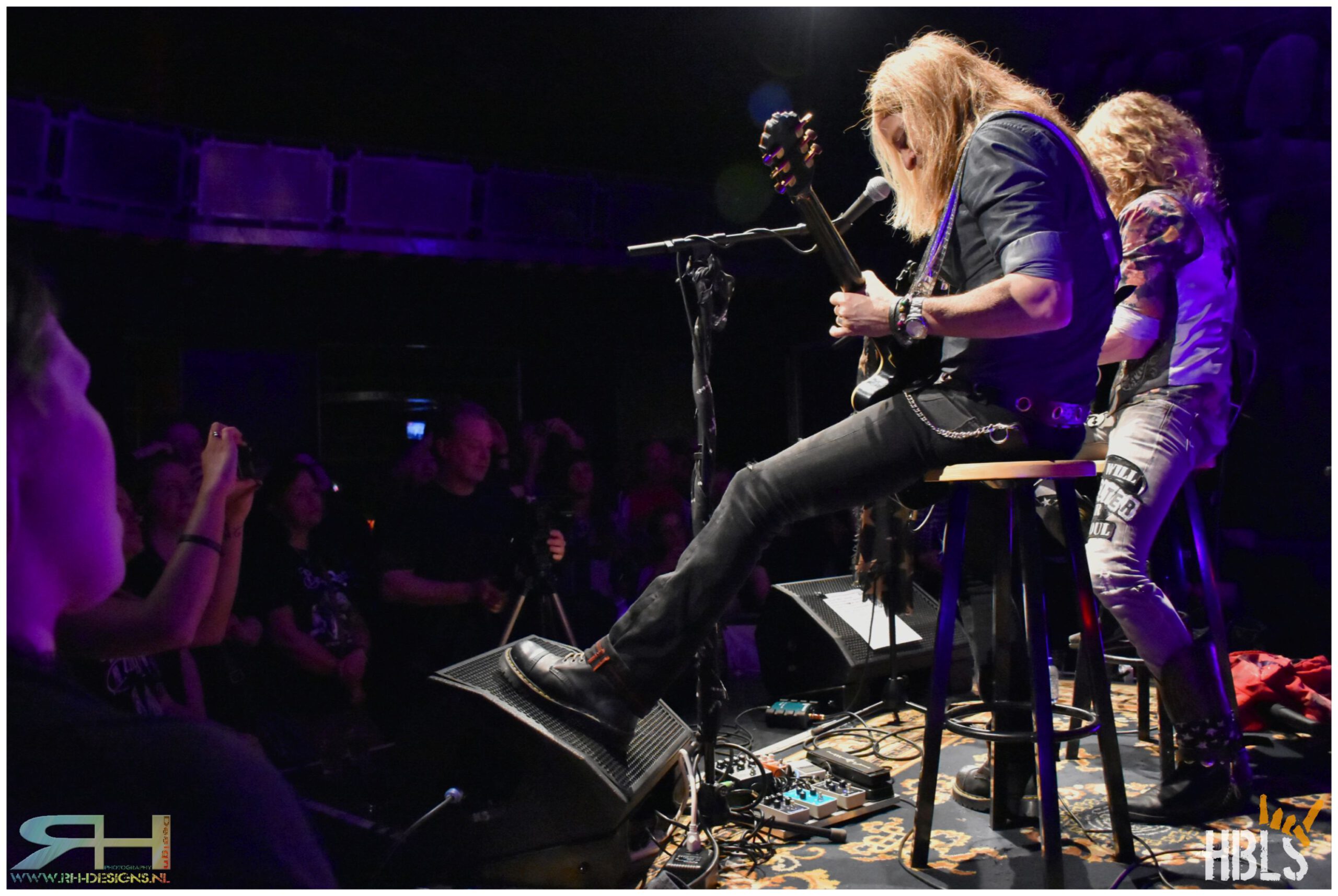 Since Burning Rain isn’t allowed to do a full blown show yet, because of obligations to the record company, they have opted for an acoustic tour through Europe this April.
Founding members, guitar player Doug Aldrich (Whitesnake, Dio, Revolution Saints, The Dead Daisies) & vocalist Keith St. John (Montrose, Lynch Mob, Kingdom Come) didn’t want to wait until the end of the year to start promotion and the “Stripped & Naked” acoustic tour was born.
Most of the time these kind of shows are in a very intimate setting, in a relaxed atmosphere and tonight is no exception to this format. Dough and Keith are very laid back (here and there maybe a little bit too much) and most certainly are not in a hurry, or on auto pilot, which is a big plus to me. 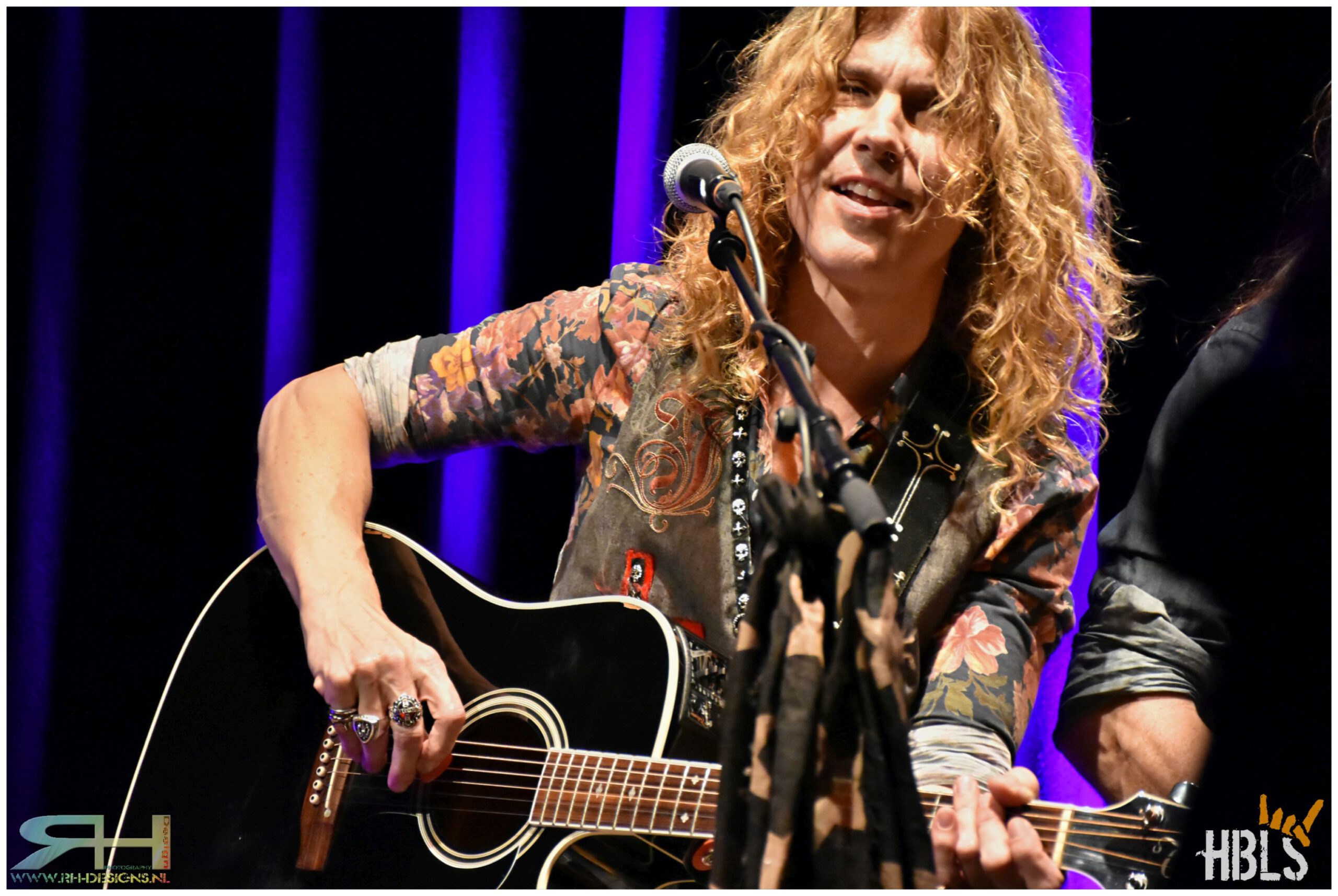 The two start their gig around 9.15 PM with the Rolling Stones cover ,,Jumpin’ Jack Flash” and this would not be the only cover we would hear tonight. These guys take the time to (re)tune the guitars where necessary, enjoy their drinks and joke around a bit in between the songs.
The second song is ,,Revolution”, followed by ,,Midnight Train”, both from their latest album ‘Face The Music’. Then they take us back to ,,Cherie Don’t Break My Heart” from ‘Pleasure To Burn’ and ,,Smooth Locomotion” from the debut album. After this we do get a piece of Hendrix’s ,,Purple Haze”, with ,,Our Time Is Gonna Come” from ‘Epic Obsession’ and ,,Beautiful Road” being next on the menu. 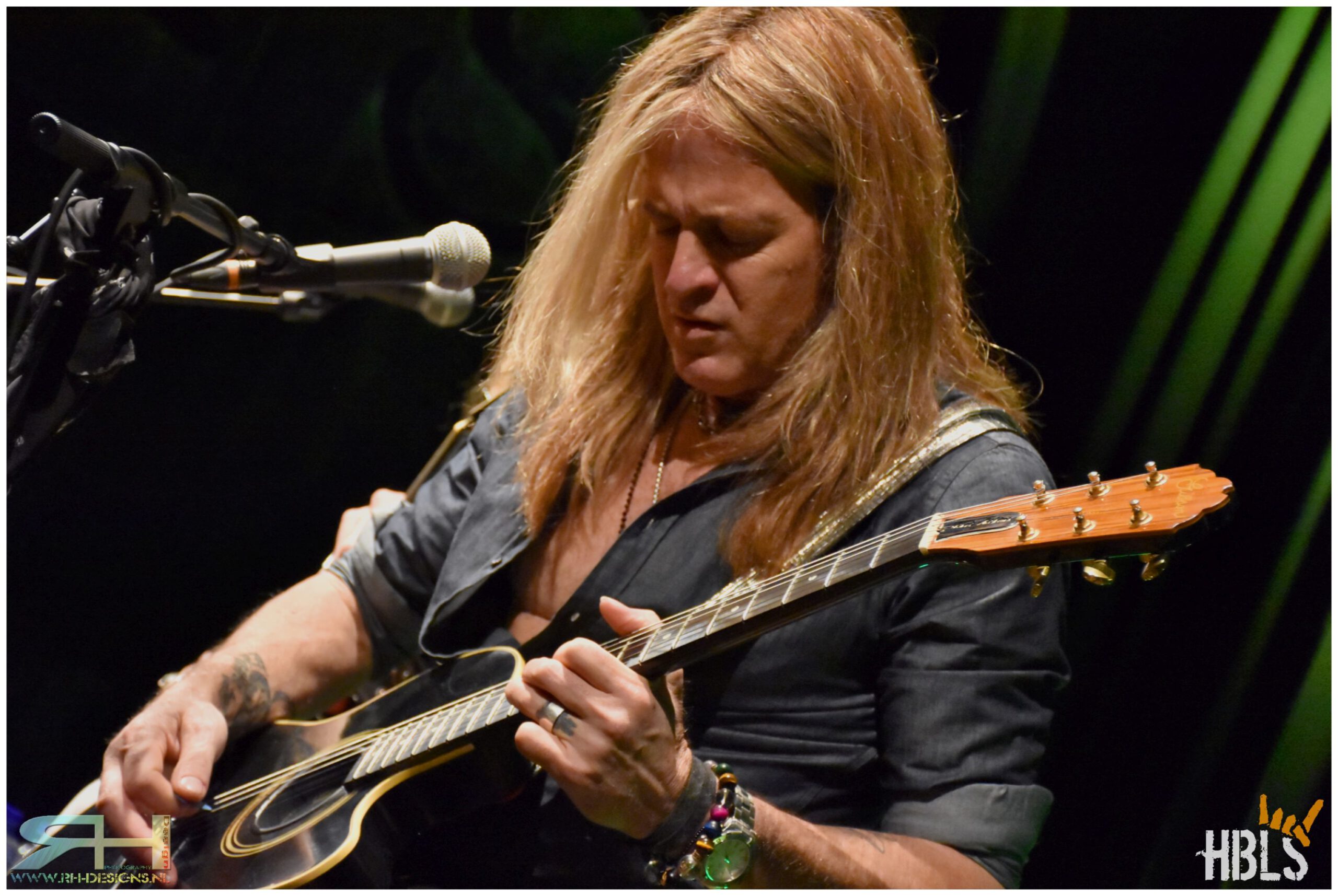 In between songs Doug and Keith share stories behind the songs and interact with the people. And for the ones who have seen Doug more often, it was new to see him do so much vocals as during this gig. During the next song (Stones classic) ,,Can’t Always Get What You Want” the attendees get the chance to contribute their share of vocal duties. All in a very spontaneous way. 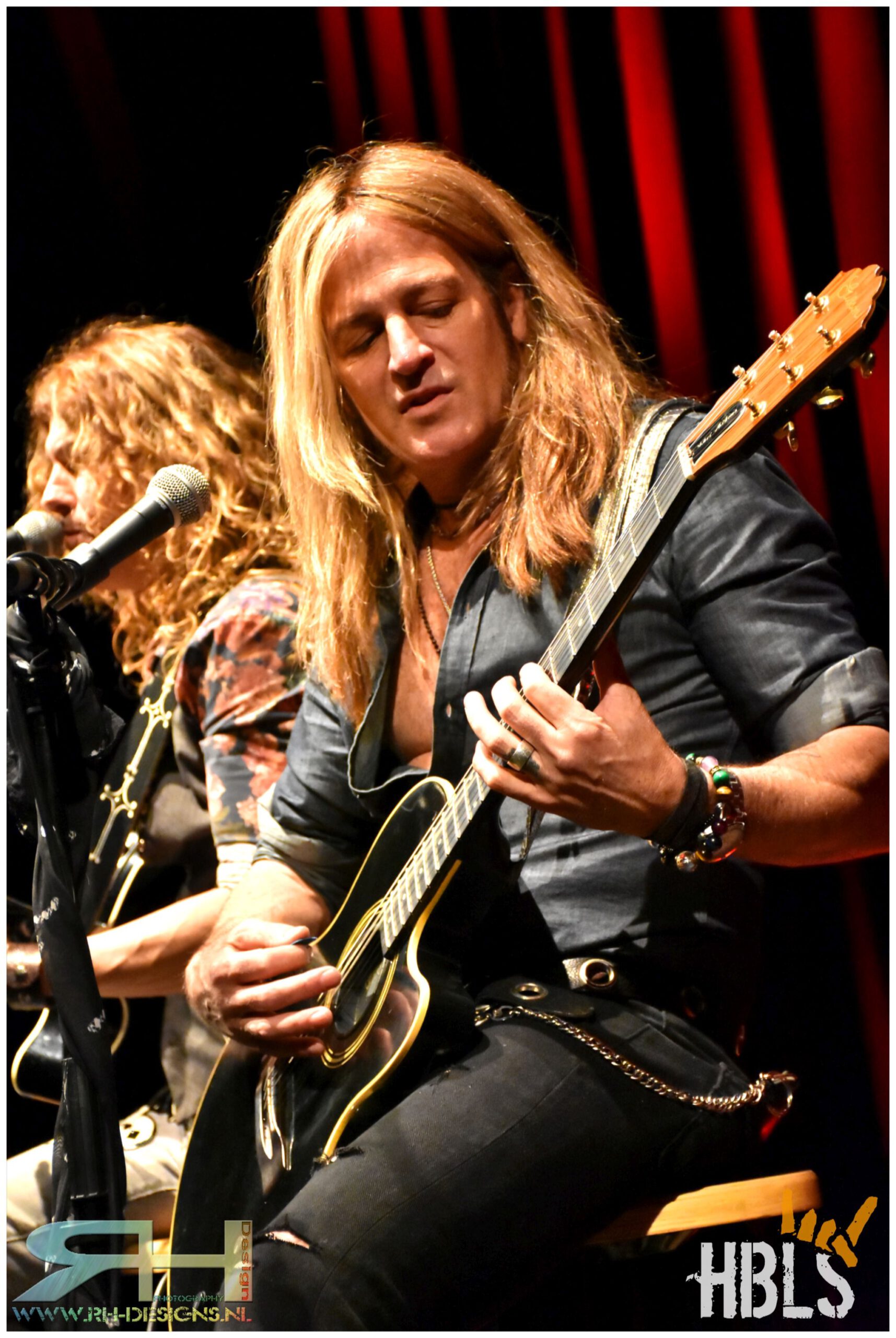 After this sing-along and ,,Heaven Gets Me By”, Doug gives the people a lesson in alternative tunings, a nice bridge to the Led Zeppelin classic ,,Kashmir” and because the guitar is tuned in this setting anyway, Whitesnake’s “Forevermore” is played.
After that we are treated on some kind of a jam including bits and pieces of ,,Stairway To Heaven”, ,,Crying In The Rain”, ,,Long Live Rock And Roll” and ,,The Last In Line”. All in all very entertaining and you just can see both Doug and Keith, and also the audience, having a great time.

After this “jam” things got to an end with ,,If It’s Love” and the title track of the latest album ‘Face the music’. 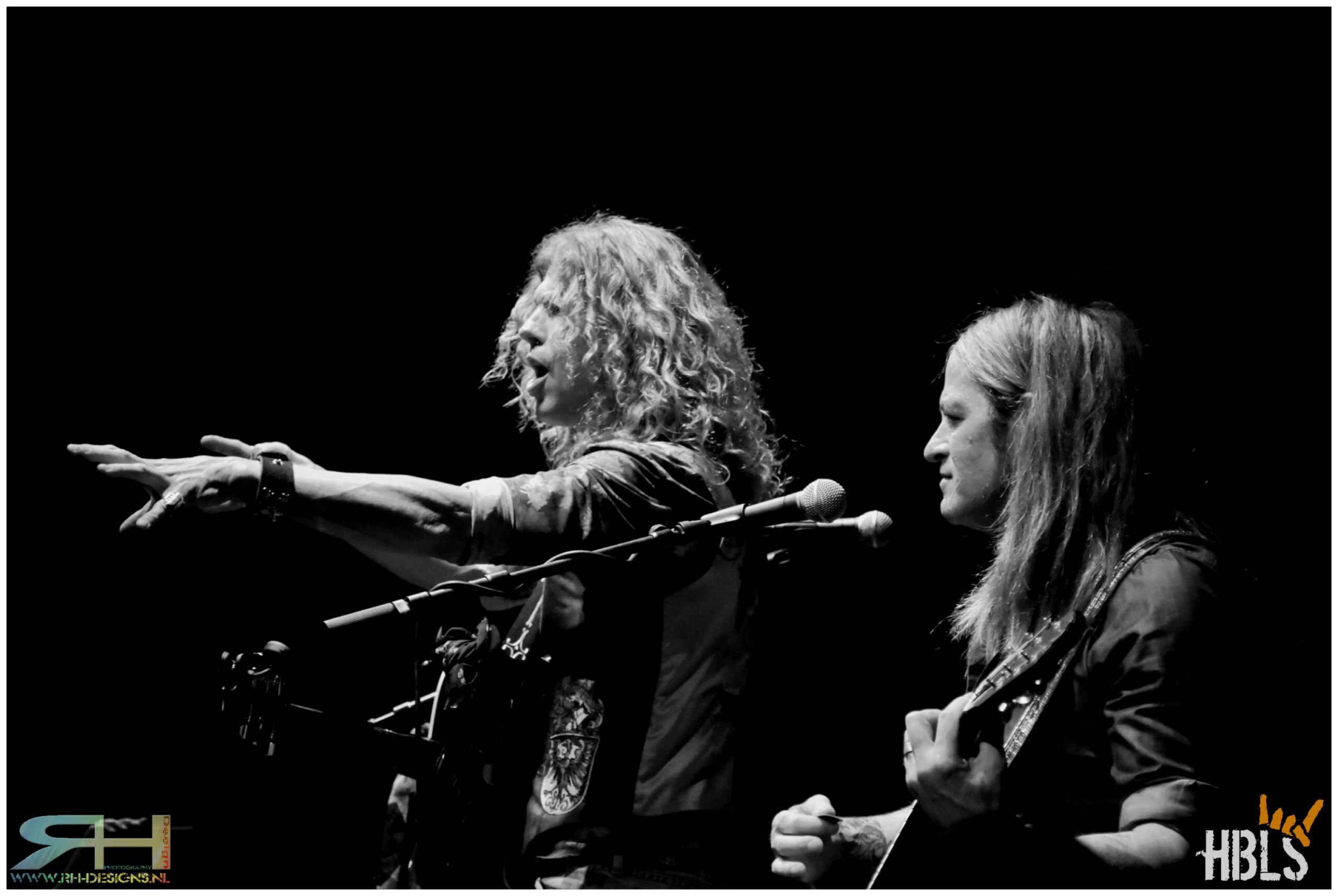 Doug and Keith make sure the people know they will be joining in for meet and greet after a few minutes.

This was a very enjoyable 2 hour gig and, speaking for myself, I have to admit that I am very curious how a full blown Burning Rain gig will be. And guess what? They will be back in September /October for just that!! Absolutely something to look forward to.
—
All photos by Raymond Helebrand/RH-Design
#hbls #headbangerslifestyle #awayoflife #burningrain #strippedandnaked #keithstjohn #dougaldrich
Share article