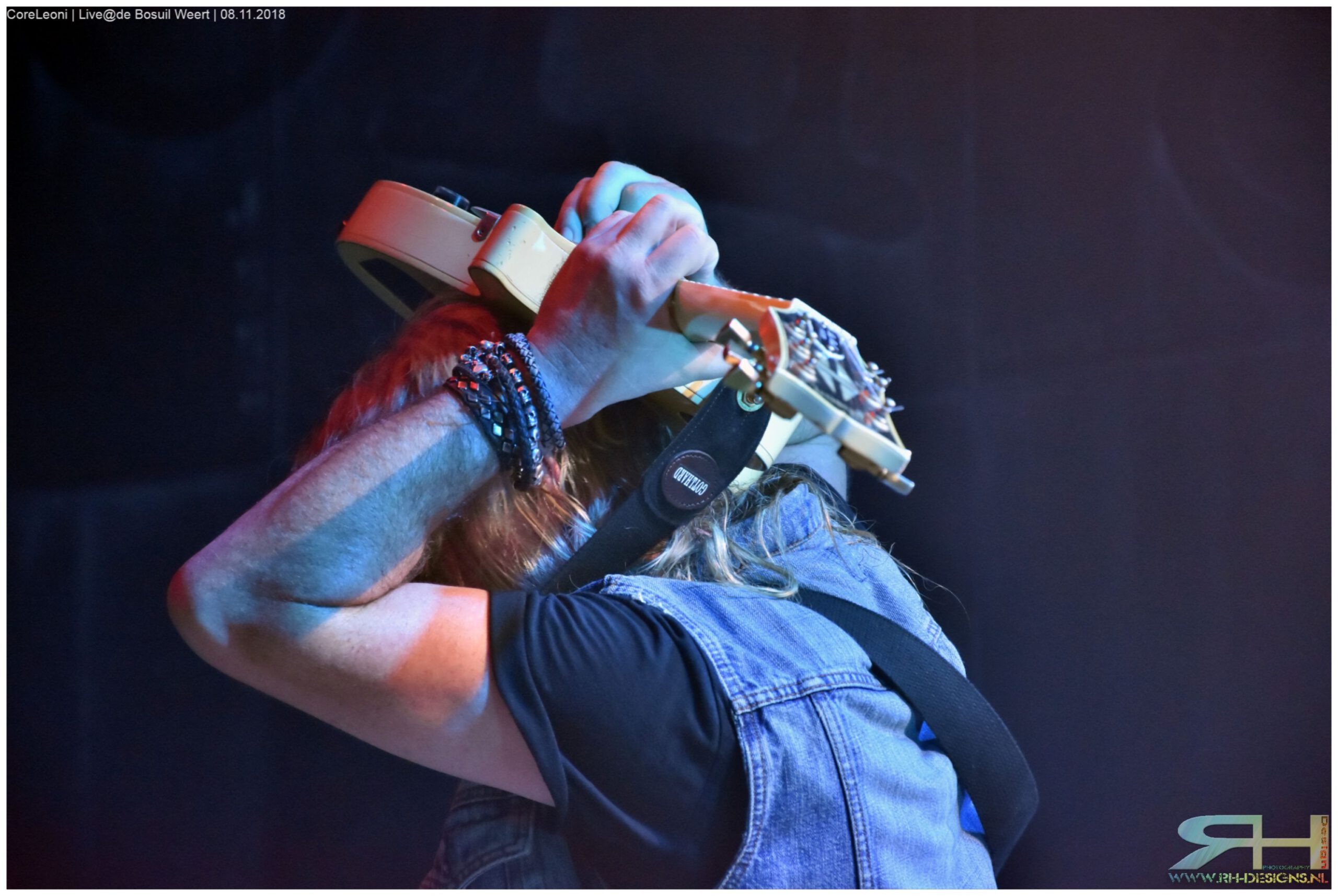 November 24, 2018 by Raymond Helebrand - More about our team

On Thursday the 8th of November I was heading to the Bosuil in Weert, to witness a gig of Leo Leoni’s “side”project from his main band Gotthard, CoreLeoni. And I like to think this band name is well selected, because Leo is still the rocker in his core, like he was in 1994, when I first saw Gotthard live at the ViaRock festival, on their ‘Dial Hard’ tour. Tonight will probably be a trip down memory lane.

But first Swiss band Redeem has the opening slot for the evening. The three piece band can’t impress me. They’re not a bad band, but they can’t warm me up and they do not produce one single memorable song that gets me going. 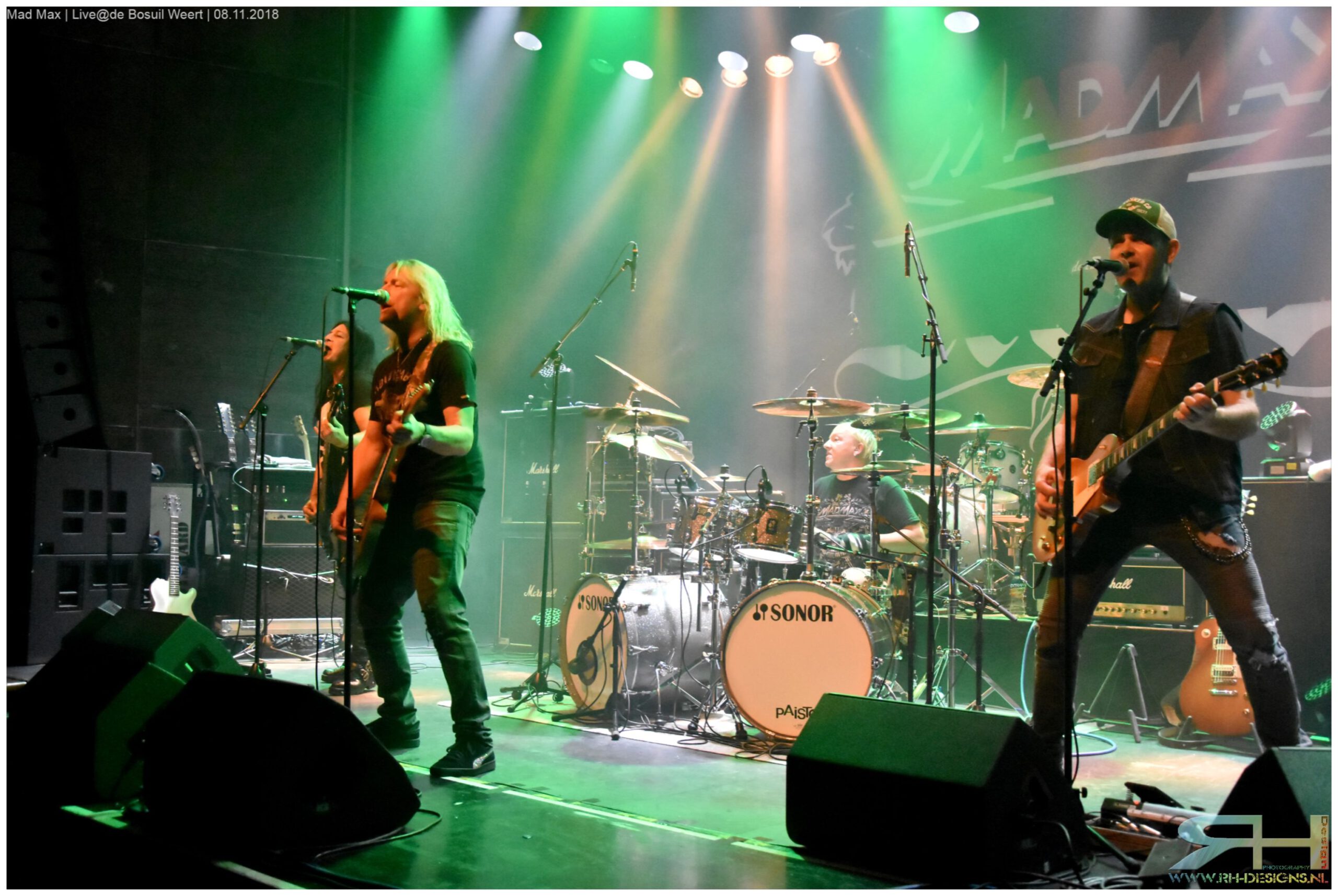 The special guest tonight is the band MAD MAX. They are celebrating the fact that the band is around for more than 35 years. Although lead vocalist & lead guitar player Michael Voss stands in the dark most of the time, because of bad lightning work, they really amazed me with their performance. This is a solid and tight band and the most important thing. They really like what they are doing, which also reflects on the audience.
Very nice show from the guys, and I would not have mind if they had played a few more songs. 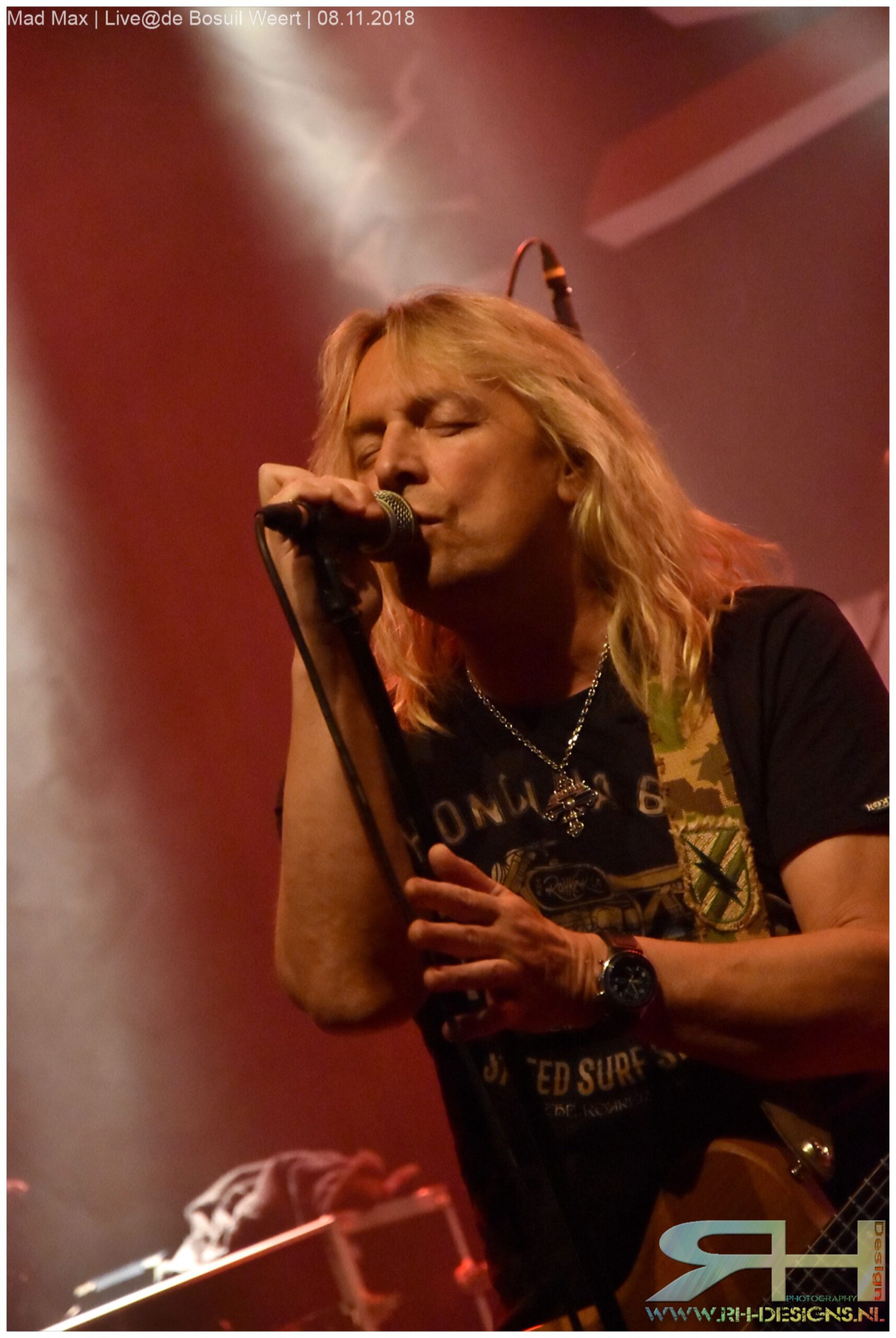 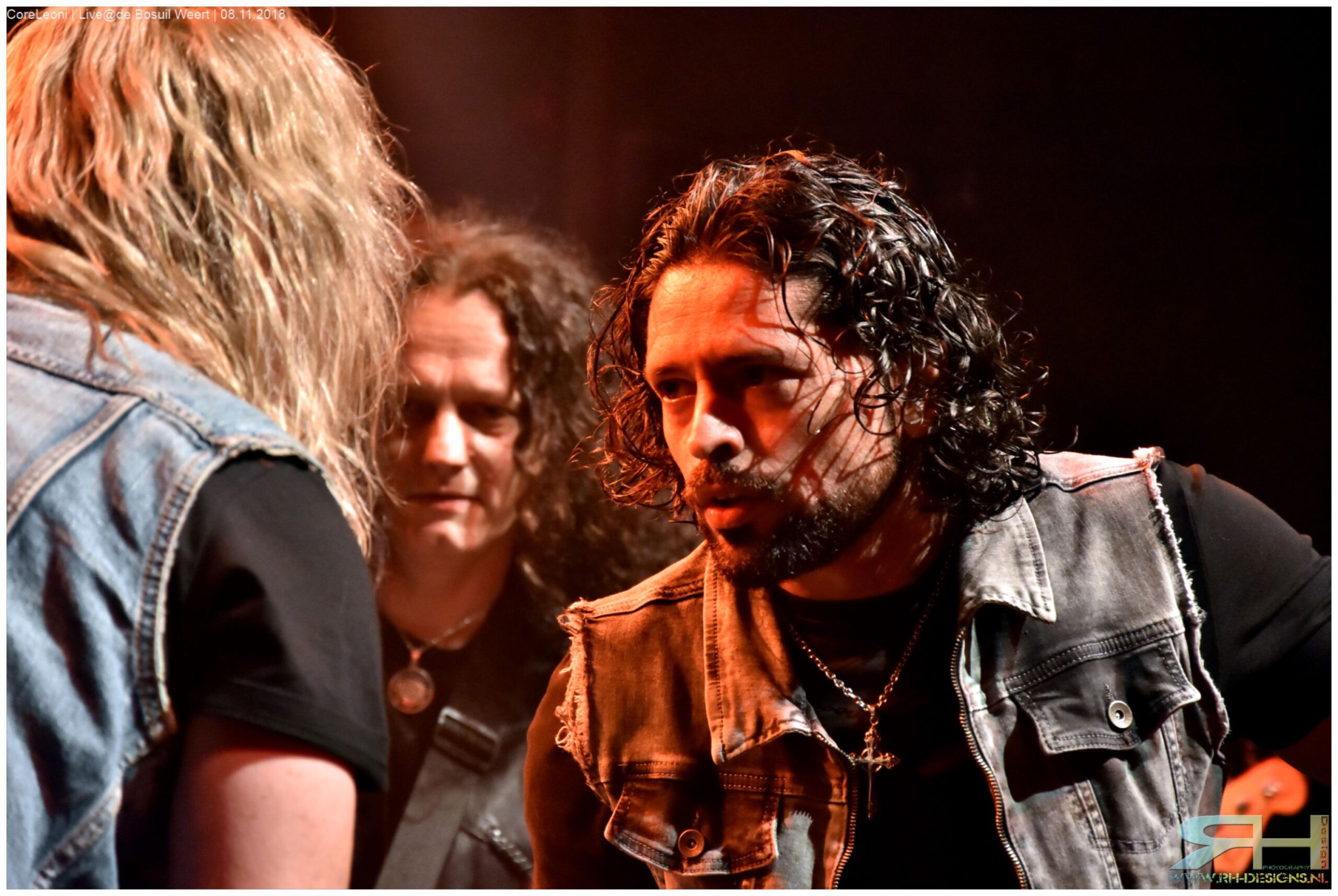 And now it was time for theheadliner: CORELEONI. I had high expectations for this band, with Leo Leoni (Gotthard) on guitar and Ronnie Romero (Rainbow / Lords of Black) on lead vocals!!
When the lights went on and the first notes of ,,Standing in the Light’’, from the first Gotthard record, were blasting out of the PA system, it was clear: this would one of those memorable evenings.
Despite the fact that the venue wasn’t filled with too many people, the band gave a stunning performance, with all the classic Gotthard songs you could wish for. Songs like ,,Dowtown’’, ,,Get It While You Can’’, ,,Fist In Your Face’’ rocked like they did when they were first played live back in the mid 90s. 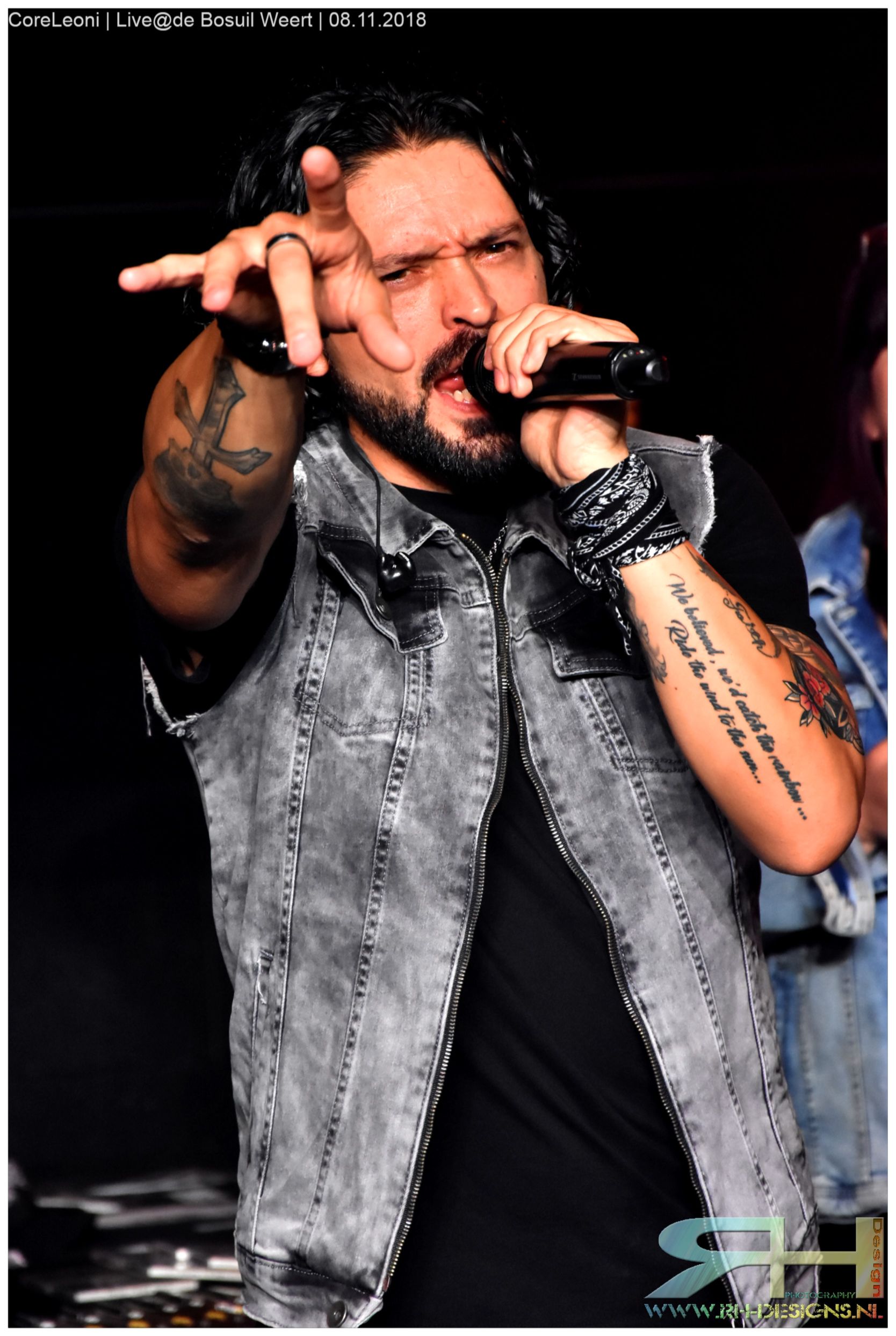 The first original song from  CoreLeoni tonight was ,,Walk On Water’’, which proved to be as good as the classic songs. During ,,Firedance’’ guitarist Igor Gianole decides to walk into the crowd while laying down a great solo piece. Not much later Leo joins him and the two man have a great guitar battle in the back of the venue.  The audience can only be stunned by the energy and fun of this gig. The party is complete when Ronnie also decides to join the two axemen and while he sings the first lines of ,,Heaven & Hell’’ the venue explodes.
After this stunning high in the setlist, the band continues with songs like ,,All I Care For’’, ,,Let It Be’’, ,,In The Name’’ and so on and on. It’s like they top their previous song with every next song. The atmosphere is very relaxed and there is enough time to joke around. 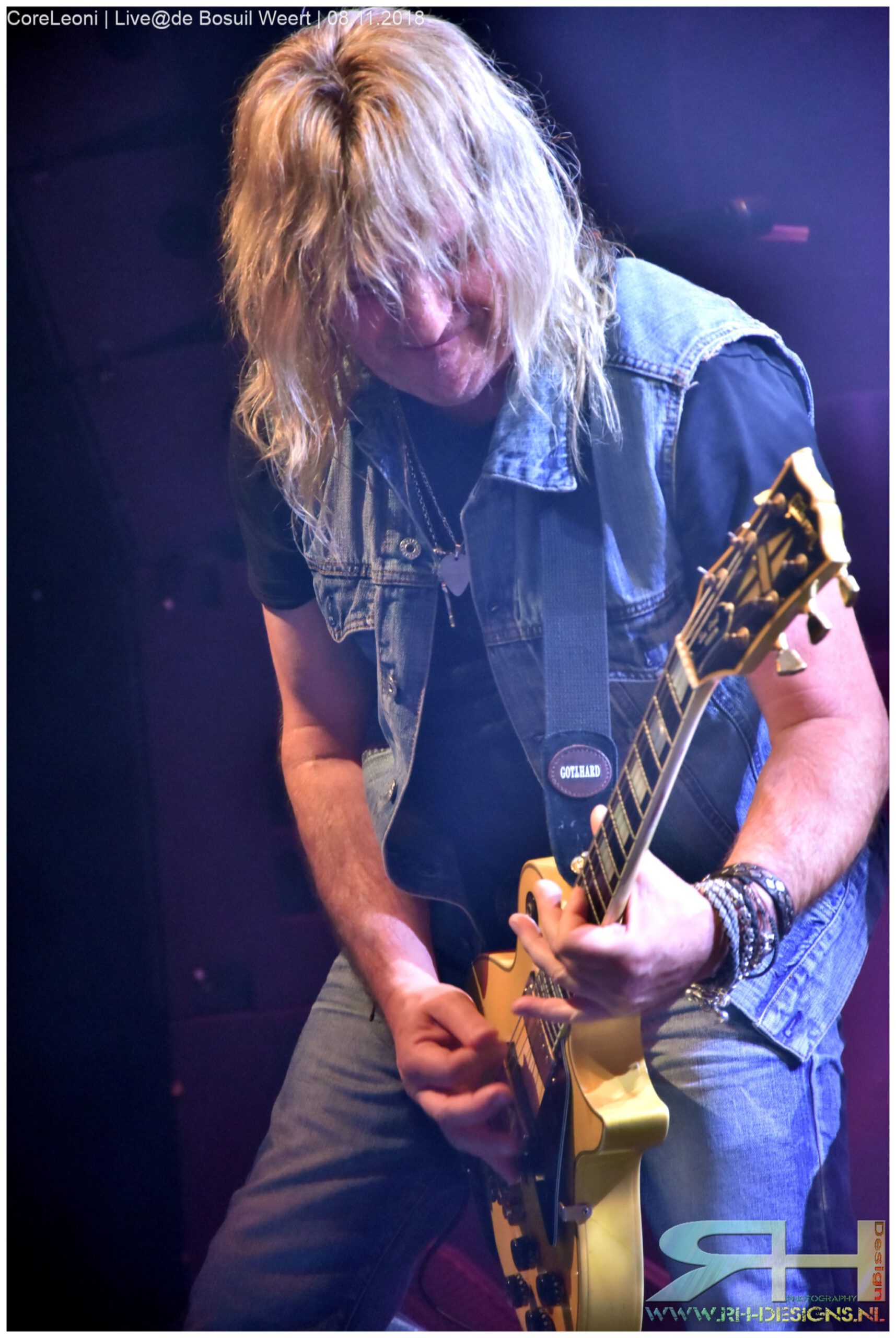 My conclusion for this show is that Mr.Leoni & his bandmates did us a great favor to start this project (band). This was the best (not) Gotthard gig I have seen in a very long time and people who call themselves Gotthard fans and weren’t there tonight, should be ashamed of themselves. I hope to have the chance to see this band live again in the near future as this was a big treat.

Setlist:
Higher
Standing In The Light
Downtown
Get It While You Can
Fist In Your Face
Walk On Water
Firedance
All I Care For
Let It Be
Tell No Lies
Make My Day
Mountain Mama
She Goes Down
Ride On
Here Comes The Heat
Encore:
Immigrant Song

All photos by: Raymond Helebrand/RH-Design